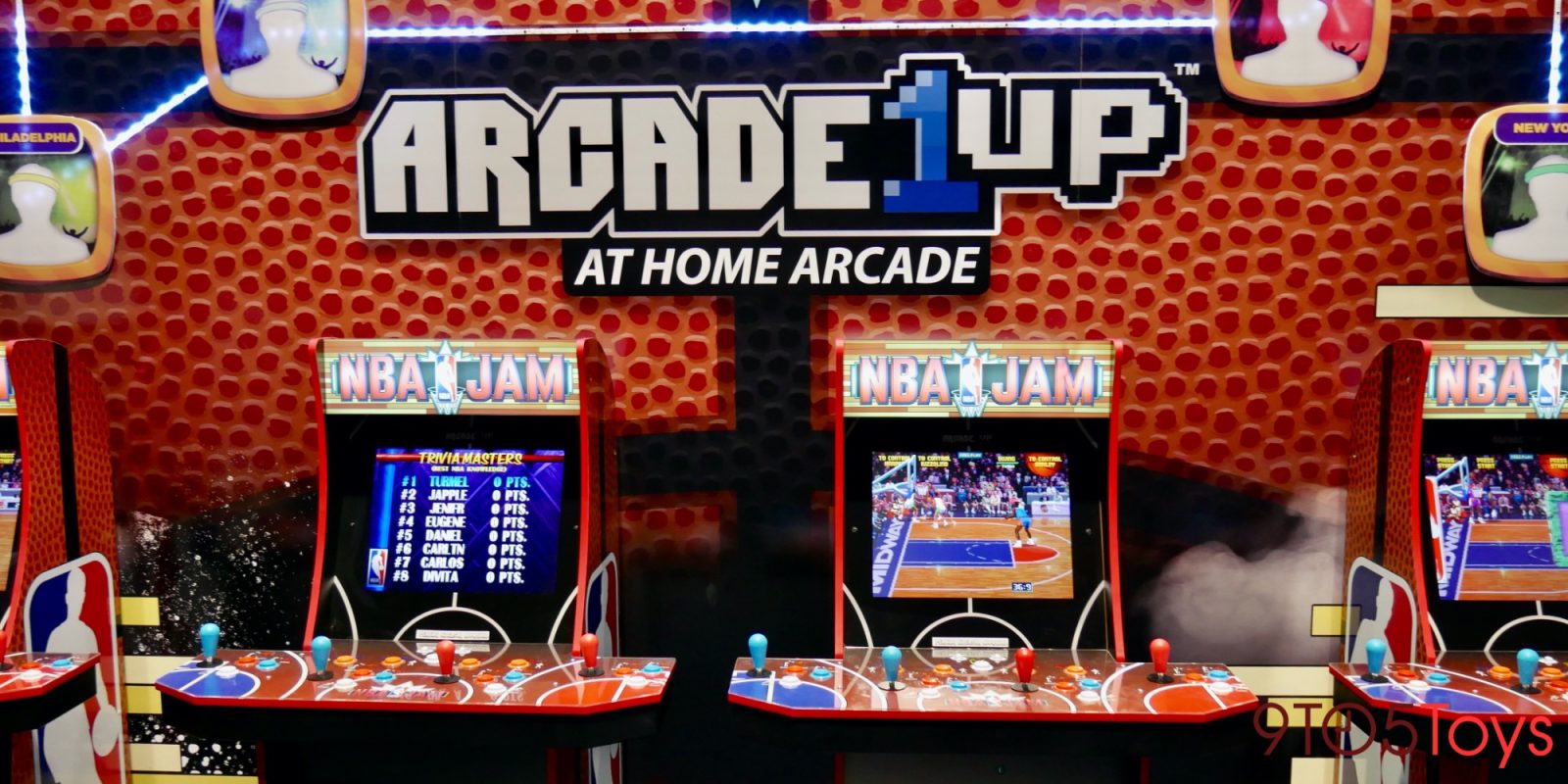 While CES has been packed with forward-thinking product releases, some companies instead look to grandstand with more nostalgia-driven debuts. That’s precisely what Arcade1Up is doing this year, with a showcase full of upcoming additions to your game room. Headlined by its first arcade cabinet with built-in Wi-Fi, Arcade1Up is bringing online multiplayer to NBA Jam. Also, on the horizon, there’s a 3/4th-scale Star Wars pinball machine, a SEGA Golden Axe cabinet, and more. Hit the jump for the rundown on all of Arcade1Up’s new retro gaming machines.

Since the last time we met with Arcade1Up in person, the brand has been busy with the release of Star Wars, TMNT, and other arcade cabinets. Many of this week’s unveils look to expand upon the existing lineup of 3/4th-scale machines, and our personal favorite has to be the NBA Jam version. Launching as the company’s first cabinet to implement built-in Wi-Fi, you’ll be able to enjoy drop-in style games with up to four players on four different machines across North America.

Much like other releases from Arcade1Up, this version includes the titular NBA Jam, alongside NBA Jam Tournament Edition and NBA Hangtime. All three games will be imbued with the multiplayer action and will allow you to go head-to-head with friends or get matched with other virtual ballers. 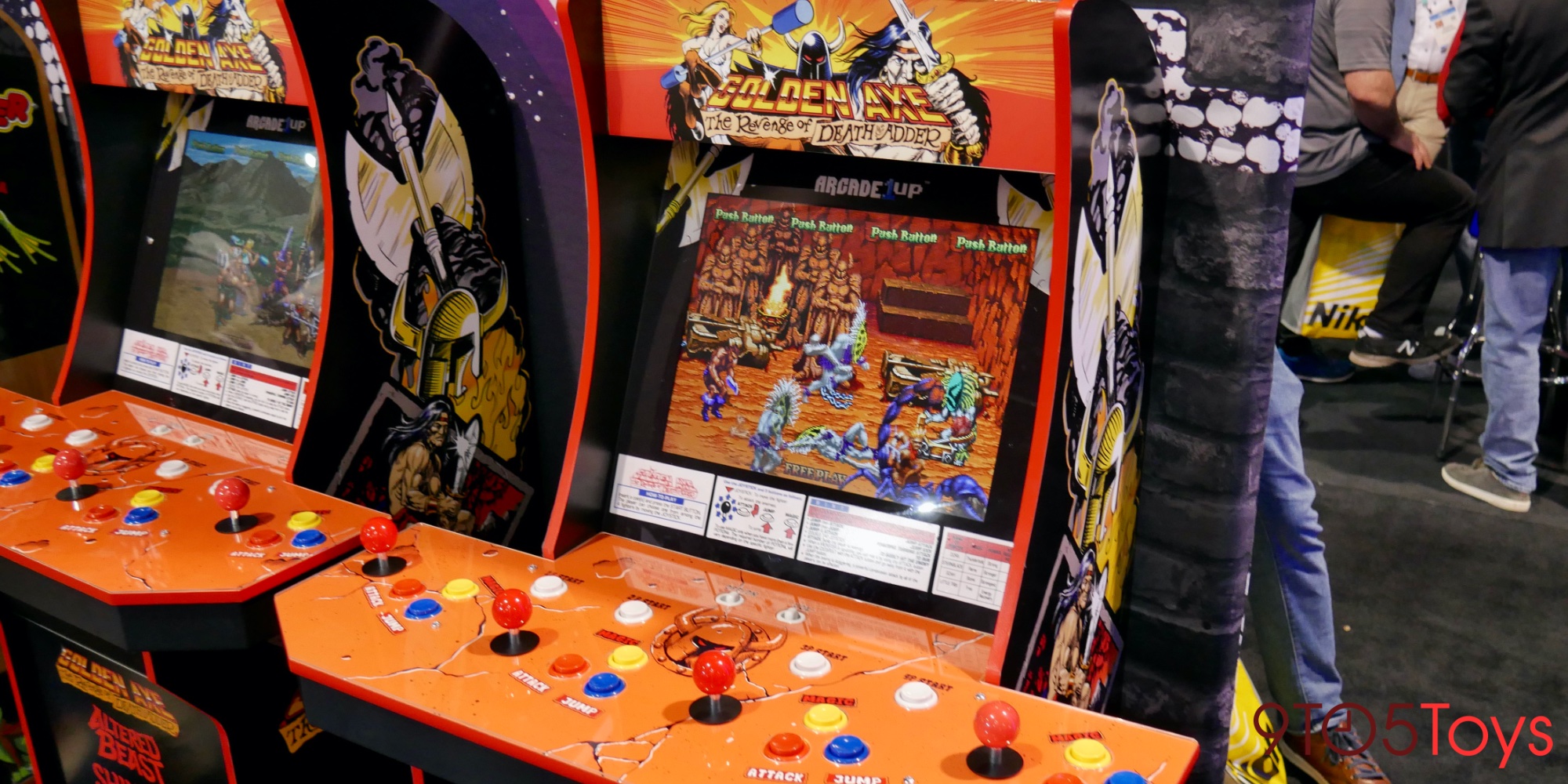 Frogger is also making its debut into the Arcade1Up family, which launches alongside Time Pilot. Or if that won’t be enough to sate your love of SEGA, Golden Axe: Venture is also getting the same treatment. This cabinet comes loaded with titles, including the namesake release as well as Shinobi, Altered Beast, Wrestle Wars, and Death Adder. Pricing has yet to officially be confirmed on these announcements, though expect to see them enter at the $299 going rate of other previously-released models.

Finally, Burger Time will be launching as a limited-run addition to the 3/4th-scale product line. It’s currently available for pre-order direct from the company with a $399 price tag and will ship in March. 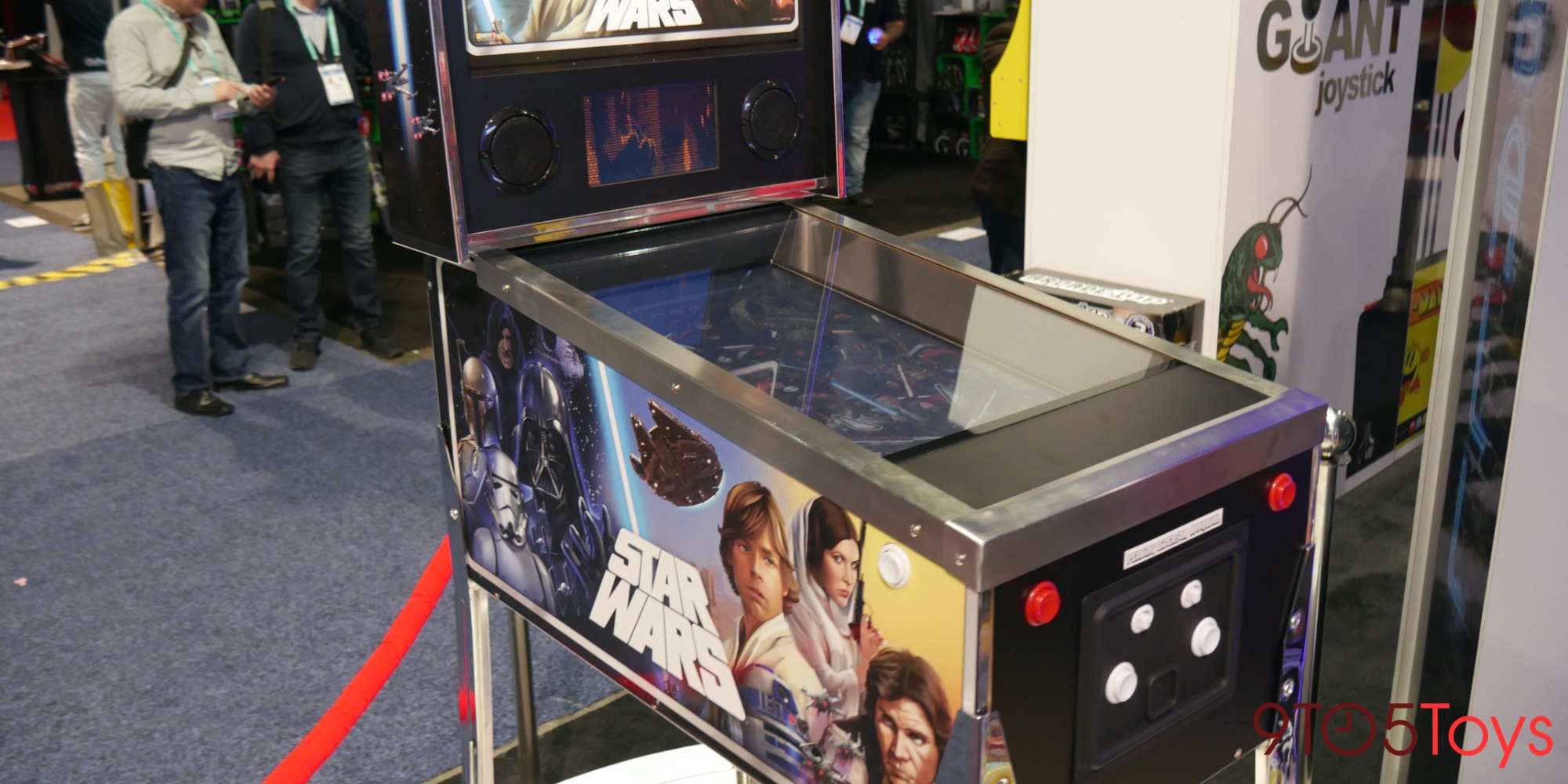 On top of filling out its collection of cabinets, Arcade1Up is also taking the Las Vegas-based event to showcase entirely new additions. In partnership with Zen Studios, there are currently two versions slated for release, Star Wars, and Attack from Mars.

Arcade1Up also has plans to release an updated version of its Atari Star Wars cabinet with a slide-out seat. It’s unclear if we’ll see this accessory debut as a standalone purchase anytime in the future, but Arcade1Up did note that it is perfect for racing titles. So fans of Out Run or Daytona USA might have something to look forward to down the road.