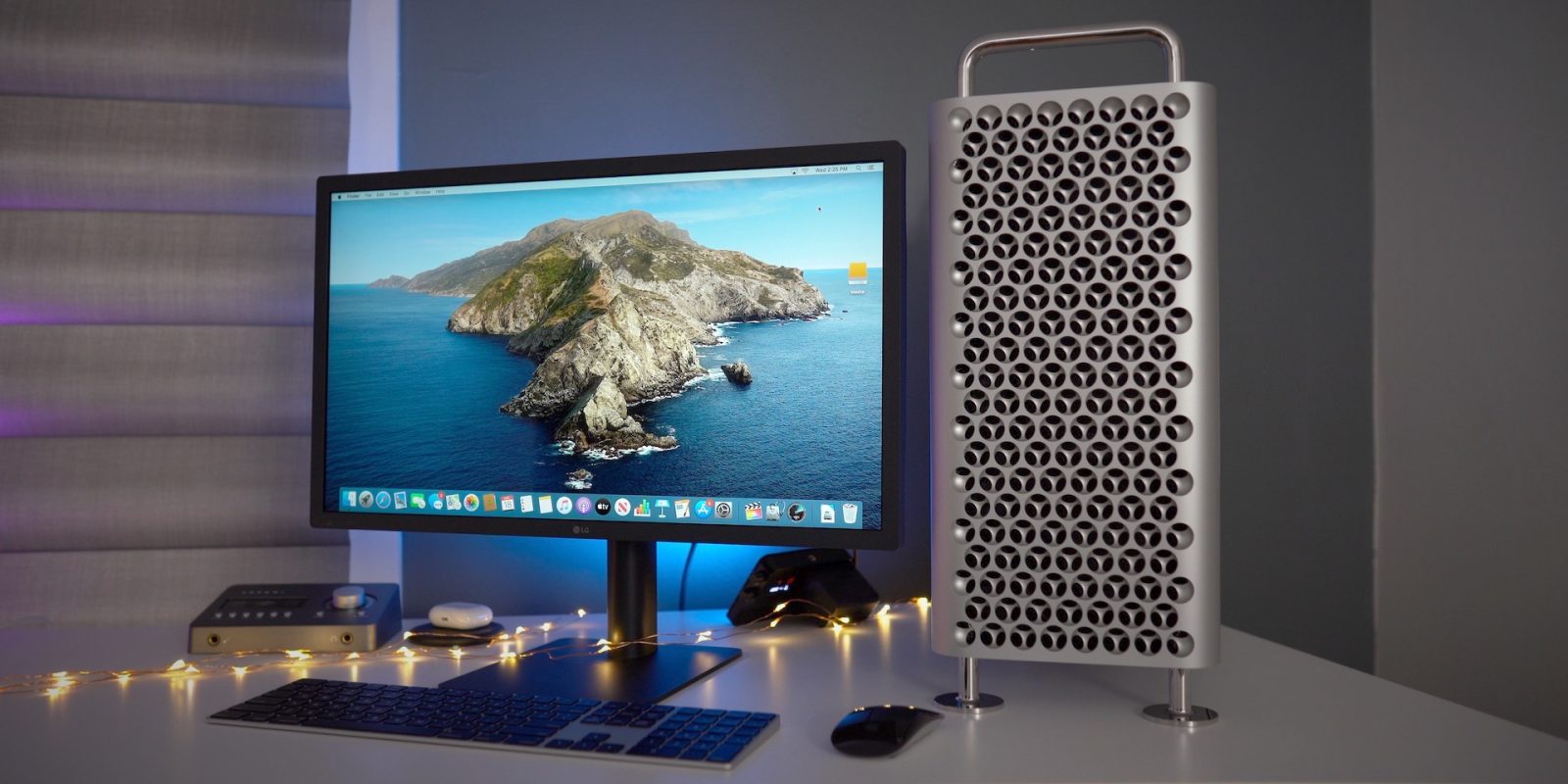 B&H is currently offering the Apple Mac Pro 3.5GHz/32GB/256GB on sale for $5,499 shipped. Down $500 from its regular going rate, this beats our last mention by $70 and marks a new all-time low that we’ve tracked. This is Apple’s most powerful machine in years, offering multiple upgrade opportunities. From the ability to have 1TB (or more) of RAM, multiple PCIe slots for graphics cards, storage, and more, Mac Pro is perfect for anyone in need of a high-powered machine. This model comes with an 8-core processor, 32GB of upgradable RAM, two 10-Gigabit Ethernet ports, and a Radeon Pro 580X graphics card with 8GB of vRAM for extreme power. Learn more in our top features video and review, where we said that the Mac Pro is “a machine that can easily grow with me as my needs require it.”

Given that the Mac Pro has ample I/O, it couldn’t hurt to bring a bit of that to an easier-to-access part of your desk. This Thunderbolt 3 dock from CalDigit provides SD, audio, USB 3.0, and more through a single cable. At $280 on Amazon, this is a great way to bring the I/O located on the back of your new Mac Pro front and center, making things much easier to use.

Have a tighter budget? Well, Apple’s Mac mini is available from $699 right now at Amazon with up to $200 in savings on various models. The Mac mini packs four Thunderbolt 3 ports, HDMI output, USB 3.0, and more. It’s my machine of choice and is a great option for those who can’t drop thousands on Apple’s Mac Pro, even with today’s savings from B&H’s sale.

Encased within an aluminum housing that completely lifts off for 360° access to the entire system, Apple has completely redesigned the Mac Pro, creating a modular tower system that delivers performance, expansion, and configurability. Designed for professionals who want to push the limits of what a Mac can do, the Mac Pro will serve those who require extreme CPU performance for workflows such as production rendering, 3D film animation, 8K compositing, building complex 3D environments, analyzing huge data sets, running multiple pro applications, playing hundreds of virtual instruments, simulating an app on a dozen iOS devices simultaneously, and other large projects. With a six-channel memory architecture, twelve physical memory slots, and eight PCIe slots, you’ll be able to customize and expand the Mac Pro in ways not previously possible.

$5,499
You’re reading 9to5Toys — experts digging up all the latest technology and lifestyle deals, day after day. Be sure to check out our homepage for all the latest news, and follow 9to5Toys on Twitter, Facebook, and LinkedIn to stay in the loop. Don’t know where to start? Check out the best Apple deals, our daily podcast, and subscribe to our YouTube channel