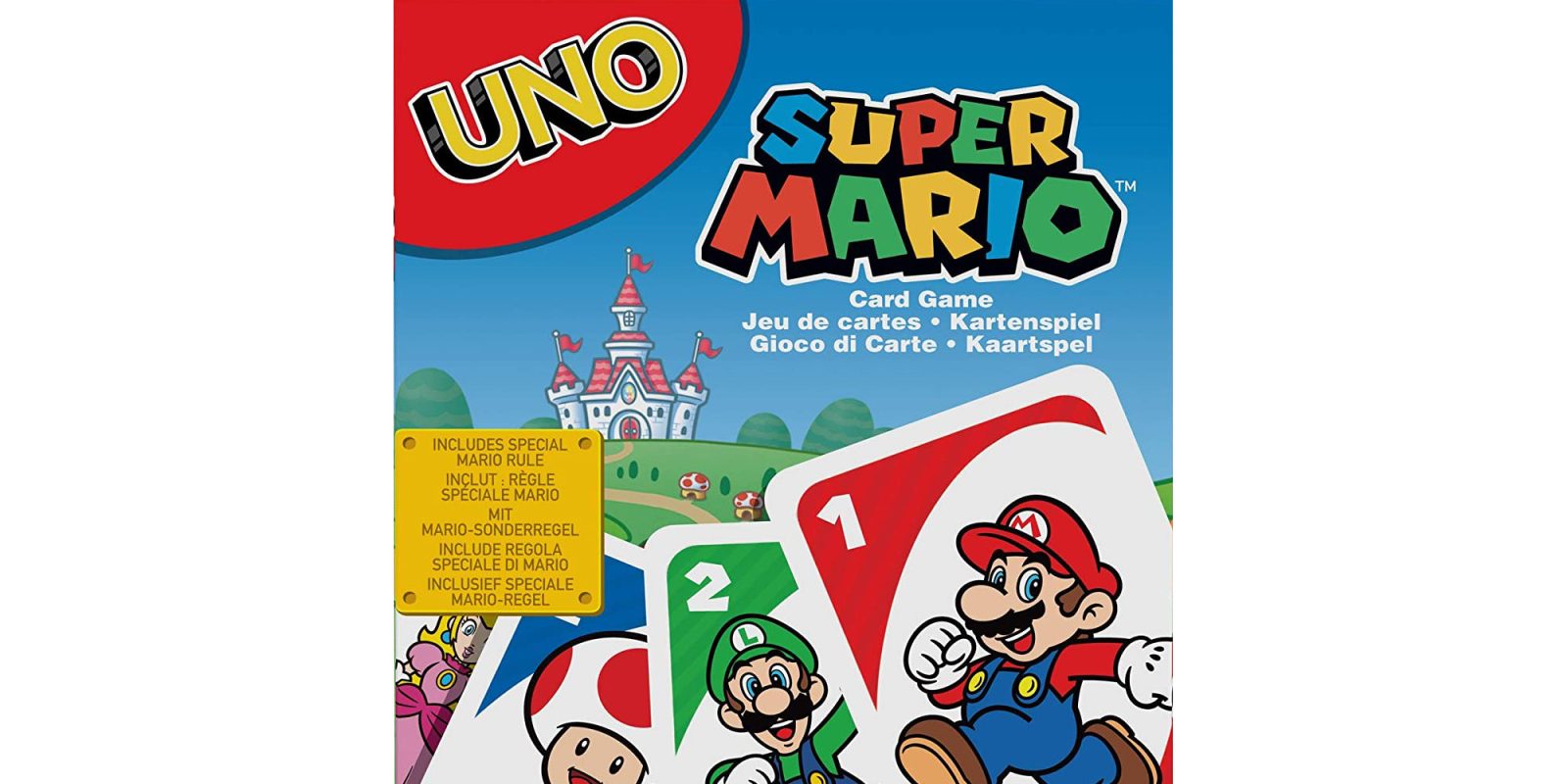 Today only, as part of its Deals of the Day, GameStop is offering deep deals on game-themed UNO card sets, Monopoly boards, and more to keep you occupied at home. GameStop has switched over to a curb-side pickup policy after finally deciding to close storefronts. However, you will still receive free shipping in orders over $35. One standout in today’s sale is the UNO Super Mario Card Game for $5. Regularly $8 and currently starting from just under $11 at Amazon, today’s deal is within cents of the all-time low and the best price we can find. While they might not looks awesome as the brand new UNO Minimalista remake version, this set has Mario and friends all over it. Perfect for the game room or just to infuse card game night with some of Nintendo’s iconic mascots, this is the classic you know and love straight from the mushroom Kingdom. Rated 4+ stars from over 4,100 Amazon customers. More deals below.

All of the sets and Monopoly boards above, including the UNO Super Mario option, are at the lowest prices we can find and well under the current Amazon listings. But we also spotted a fantastic deal on the Azul board game today from $20.50 Prime shipped. There also happens to be a wealth of virtual board games on sale from companies like Asmodee on both iOS and Android right now.

And as we mentioned above, you’ll definitely want to go check out the brand new and quite gorgeous remake of the classic UNO card game Mattel is readying for release right here.

UNO Super Mario: UNO gets the Nintendo treatment with the Super Mario-themed deck. Cards feature characters from the Super Mario Bros. series, including Mario, Luigi, and Princess Peach. The rules receive a slight tweaking to fit in with the Super Mario theme, but this is still the UNO you know and love. Challenge Bowser to a game of UNO and reclaim the Mushroom Kingdom once and for all.