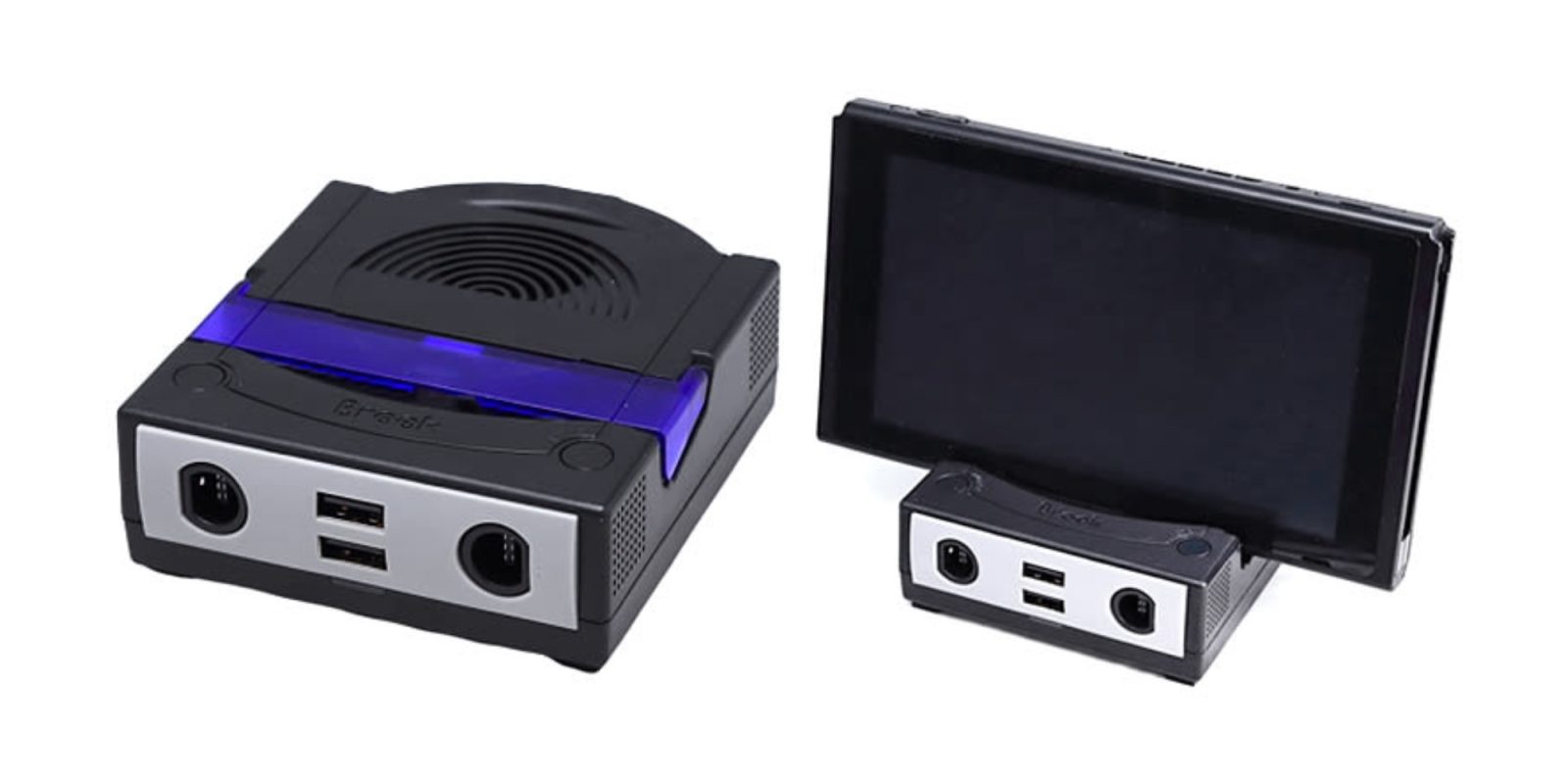 Retro gaming is arguably as popular as ever right now, and now an accessory maker is looking to give some of that nostalgic charge to the Switch with an upcoming GameCube-themed dock. While not quite harking back to the ’80s and ’90s in the way we typically see from vintage gaming products, the accessory looks to merge the fan-favorite console with a selection of ports for your Switch. Head below for a closer look at the new GameCube Switch dock, as well as details on pricing, availability, and more.

For gamers who grew up in the 1990’s, the GameCube was the first Nintendo console to capture a new generation of fans with hits like Luigi’s Mansion, Super Mario Sunshine, and Pikmin. So it’s safe to say the nearly 20-year old console holds a fond place in a lot of people’s memories. While that legacy continues with the ever-popular GameCube-style controllers, one accessory maker is introducing yet another piece of nostalgic Switch gear.

The folks at Brook Accessory have now launched the SW Dock Power-Bay. While the name may not all that enticing or eye-catching, the actual product delivers a unique add-on to the Switch. Taking the iconic GameCube form-factor into account, the brand’s new accessory packs the same overall look as Nintendo’s cubical console. Since it is, in fact, a dock, things have been compacted a bit.

A USB-C connector replaces the pop-up disk tray, which allows you to sit a Switch into the accessory for playing content on the big screen. On top of supplying power and touting an HDMI port, it also sports two GameCube controller ports so that you can get your Smash Bros. Ultimate action on in true authentic style. There’s also two USB ports as well to round out the included I/O.

One of the more unique features here for the GameCube Switch dock is that it also allows you to connect two pairs of headphones to the hybrid console wirelessly. The Switch typically can’t pair with wireless headphones thanks to lacking built-in Bluetooth, which makes this feature includes all the more notable.

Slated to ship later this year in June, Brook Accessory will be selling its SW Dock Power-Bay for $55. All things considered, that pricing is pretty reasonable, especially with the official Switch Dock fetching $90.

With as popular as the GameCube-style controllers are, I can see something like the SW Dock Power-Bay being popular with the same crowd of gamers. The $55 price tag will surely help with that, and even if you aren’t a big fan of its more old school vibes, the feature set is pretty compelling as well. Bluetooth headphone support is undoubtedly a standout for me, and I’m sure others will feel the same way.