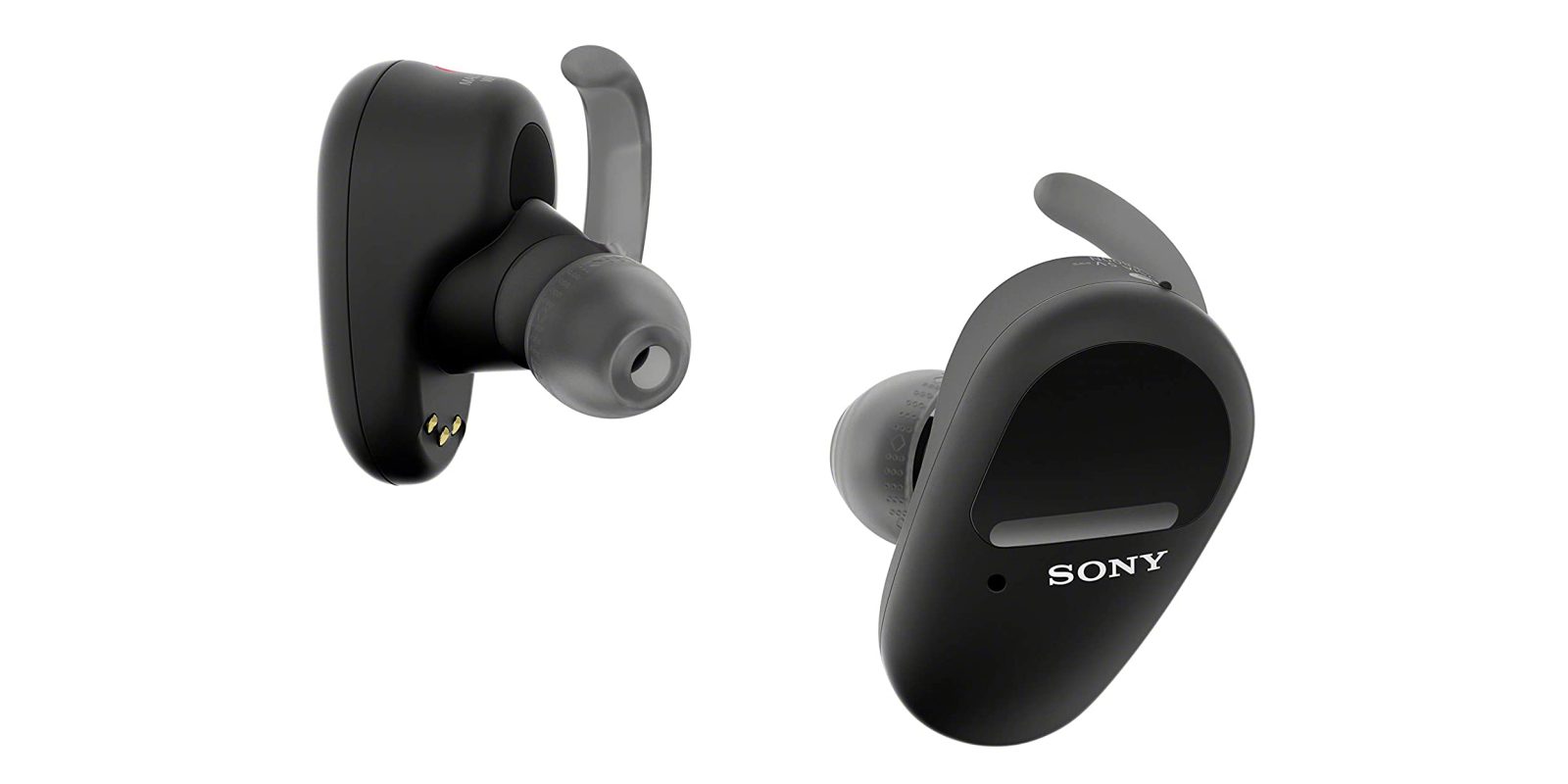 Sony has announced its latest entry into the highly competitive earbud market today with its new WF-SP800N truly wireless offering. These new earbuds fit in between Sony’s top-end WF-1000XM3 earbuds at $230 and the low-end WF-XB700 at $130. Ditching the high-end active noise cancellation delivers a lower price at $200, alongside a sweatproof design, which Sony touts as being the perfect balance for hardcore workouts. Hit the jump for full details and more.

With Apple seemingly dominating the earbud market with its AirPods lineup, Sony has had to move with a focus on other features. On the high-end, that’s best in class noise cancellation, which we loved in our hands-on review. For today’s release, it’s making sure that users are outfitted with sweat-resistance and long battery life for extended workout sessions.

“With the perfect combination of noise canceling and sweat resistance, these headphones help any athlete stay focused on their goals,” said Mike Fasulo, president and chief operating officer, Sony Electronics North America. “Whether you’re working out at home or hitting the running trails, WF-SP800N brings your motivation to the next level.”

An IP55 rating delivers protection from splashes, sweat, and dust, making these earbuds suitable for workouts and more. Users can count on up to 26-hours of playback on a full charge. 10-minutes of powering up delivers a full hour of use. The latest from Sony does borrow a few features from the costlier WF-1000XM3, including its Bluetooth chip, which Sony has helps account for the notable battery life and “stable connection with outstanding listening.”

While you won’t find active noise cancellation here, a signature feature of the high-end AirPods Pro, Sony does offer some level of privacy on its latest release. A promise of passive noise cancellation delivers enough separation from “distractions like the sounds of the street or the barbells at the gym.”

Sony also delivers access to Google Assistant and Amazon Alexa with a single press of the button, as well.

The latest from Sony is set to retail for $199.99. Availability kicks off today at various retailers, including Amazon in your choice of two colors, black or blue. They will ship by the end of May.

There’s a lot to like about Sony’s latest release. Although the $200 price tag is somewhat difficult to justify, considering how we see the high-end earbuds from Sony fall below that mark from time to time now. None the less, this is a nice mid-range option for users not willing to go above $200. That’s even more true when the latest from Sony goes on sale for the first time.