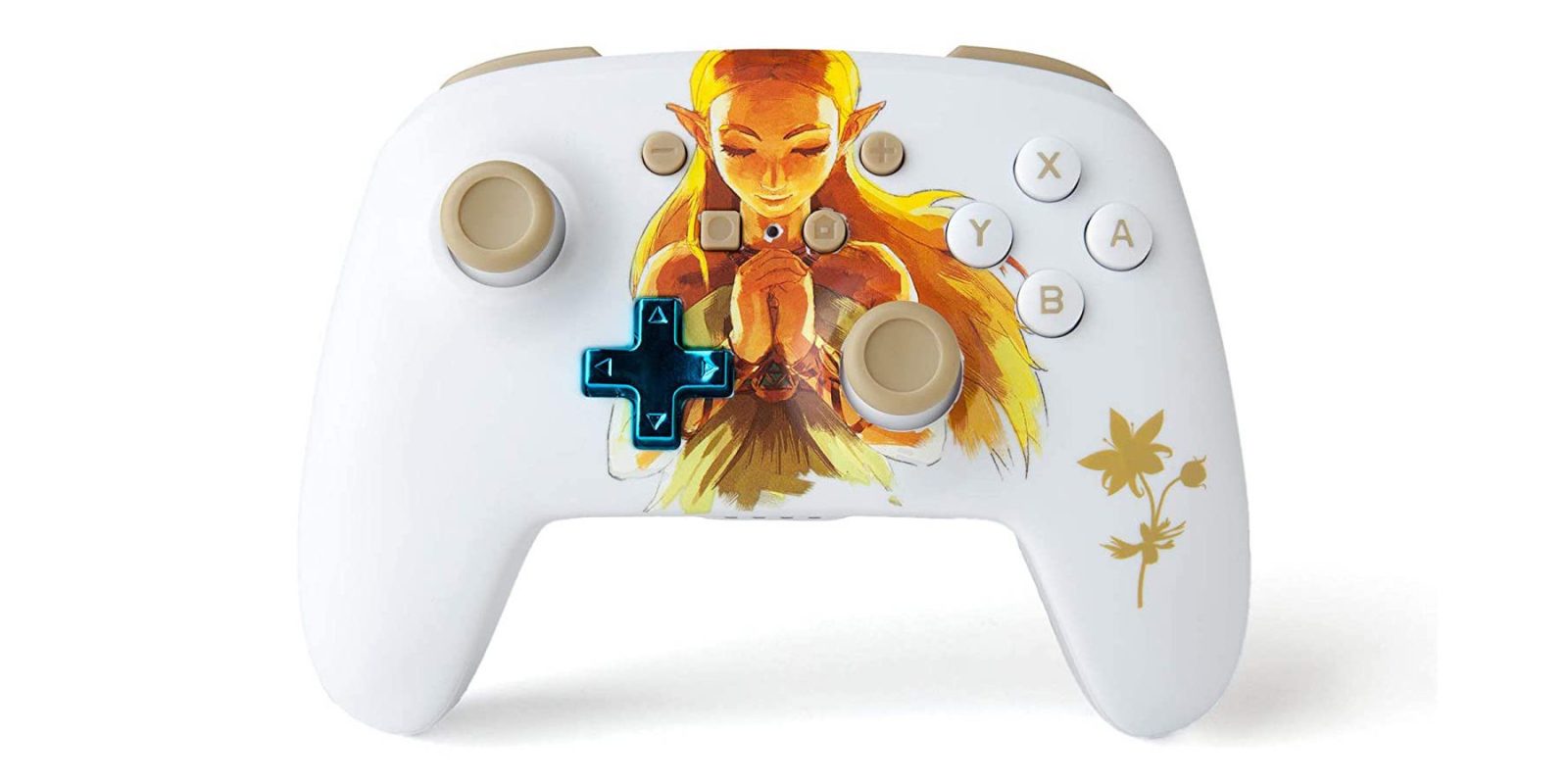 Amazon is offering the PowerA Enhanced Wireless Nintendo Switch Controller Princess Zelda Edition for $39.99 shipped. Also matched at GameStop. Regularly $50, today’s deal is as much as 20% off the going rate and the lowest price we can find. Along with the included 2-year warranty, this officially licensed controller features Princess Zelda centered on a white gamepad with gold accents and an eye-catching metallic blue D-pad. Much like the Nintendo Pro Controller, it features a familiar button layout with shoulder triggers, dual thumb sticks, built-in motion controls, button mapping, and 30-hours of gameplay on a pair of AA batteries. Rated 4+ stars from nearly 5,000 Amazon customers. More details below.

If the fancy Zelda vibes and wireless design aren’t doing it for you, save significantly more and just grab a PowerA Wired Controller for Nintendo Switch. This one provides that same pro-style controller layout for a fraction of the price at $16 Prime shipped and with solid ratings. The same 2-year warranty is in tow, you just won’t be able to show off the metallic D-pad to your friends.

Speaking of Switch gear, we still have a collection of cases and covers starting from $8. You’ll also find some accessory deals still lingering from this weekend’s PowerA sale, not to mention all of the Switch game deals we have right here.

Get this deal
Reg. $50 $40
You’re reading 9to5Toys — experts digging up all the latest technology and lifestyle deals, day after day. Be sure to check out our homepage for all the latest news, and follow 9to5Toys on Twitter, Facebook, and LinkedIn to stay in the loop. Don’t know where to start? Check out the best Apple deals, our daily podcast, and subscribe to our YouTube channel