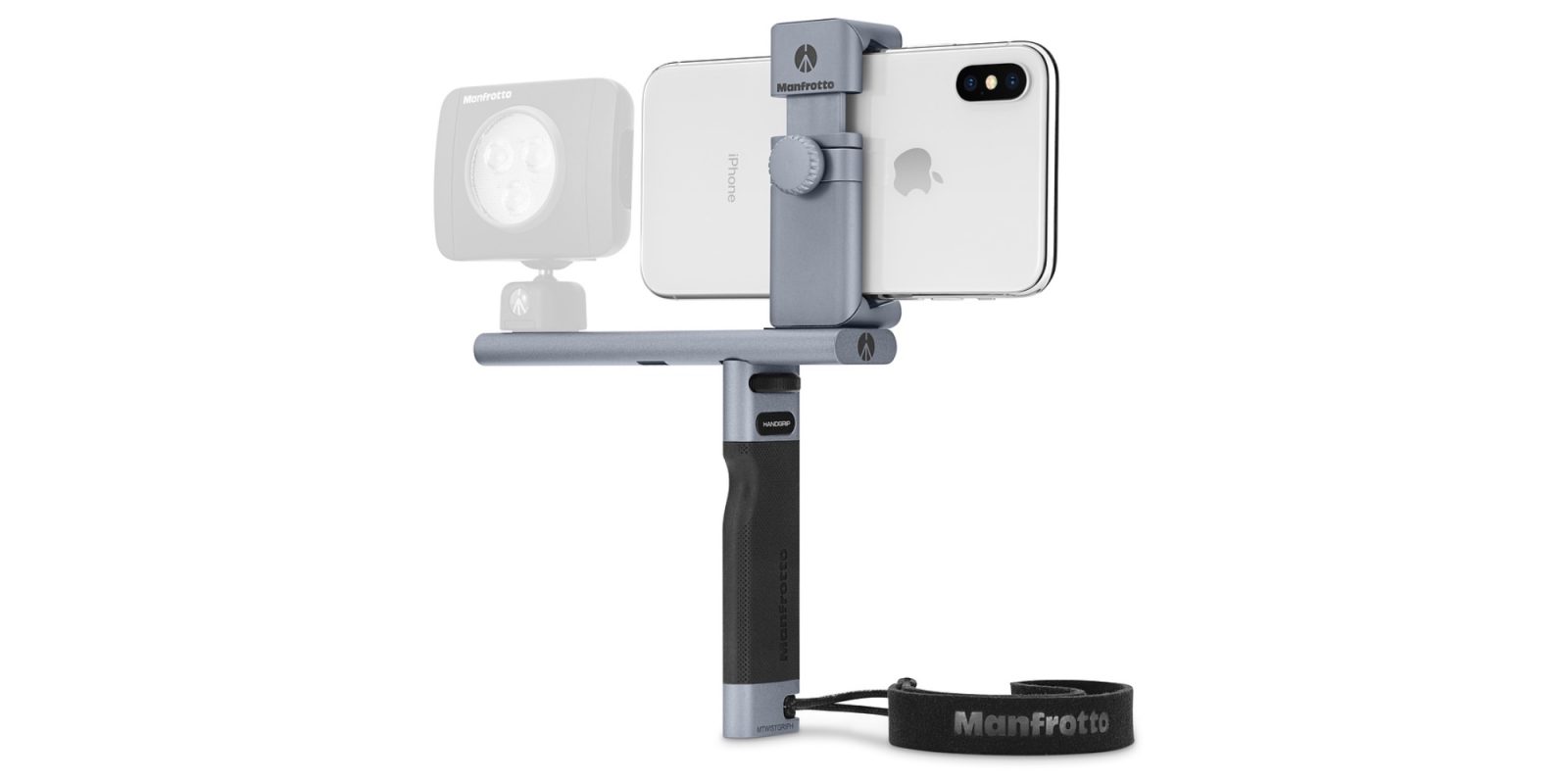 Today only, as part of its DealZone, B&H offers the Manfrotto TwistGrip Smartphone Kit for $49.99 shipped. Having originally sold for $150, we’ve more recently seen it going for $70 with today’s offer saving you over 28% and making the second-best we’ve seen this year. For comparison, this beats Amazon’s competing discount by $6. Including everything you need to turn an iPhone into a mobile photography and videography setup, Manfrotto’s kit comes with a universal smartphone mount alongside the TwistGrip handle. There’s also an added rail which lets you mount everything from external microphones to lights and more onto the package. Rated 3.8/5 stars from over 200 customers.

Manfrotto’s TwistGrip is a universal smart clamp that serves as a base for a complete modular photographic system and a filming rig. Its 1/4″ thread support and cold shoe lighting connection allow it to be used in multiple configurations and with different accessories.

The HandGrip is a camera stabilizer for the TwistGrip, which not only increases its potential, but helps to further support your smartphone. The HandGrip connects to the TwistGrip using its 1/4″ universal screw, and you can also connect it to a tripod using the universal tripod mount on its base.