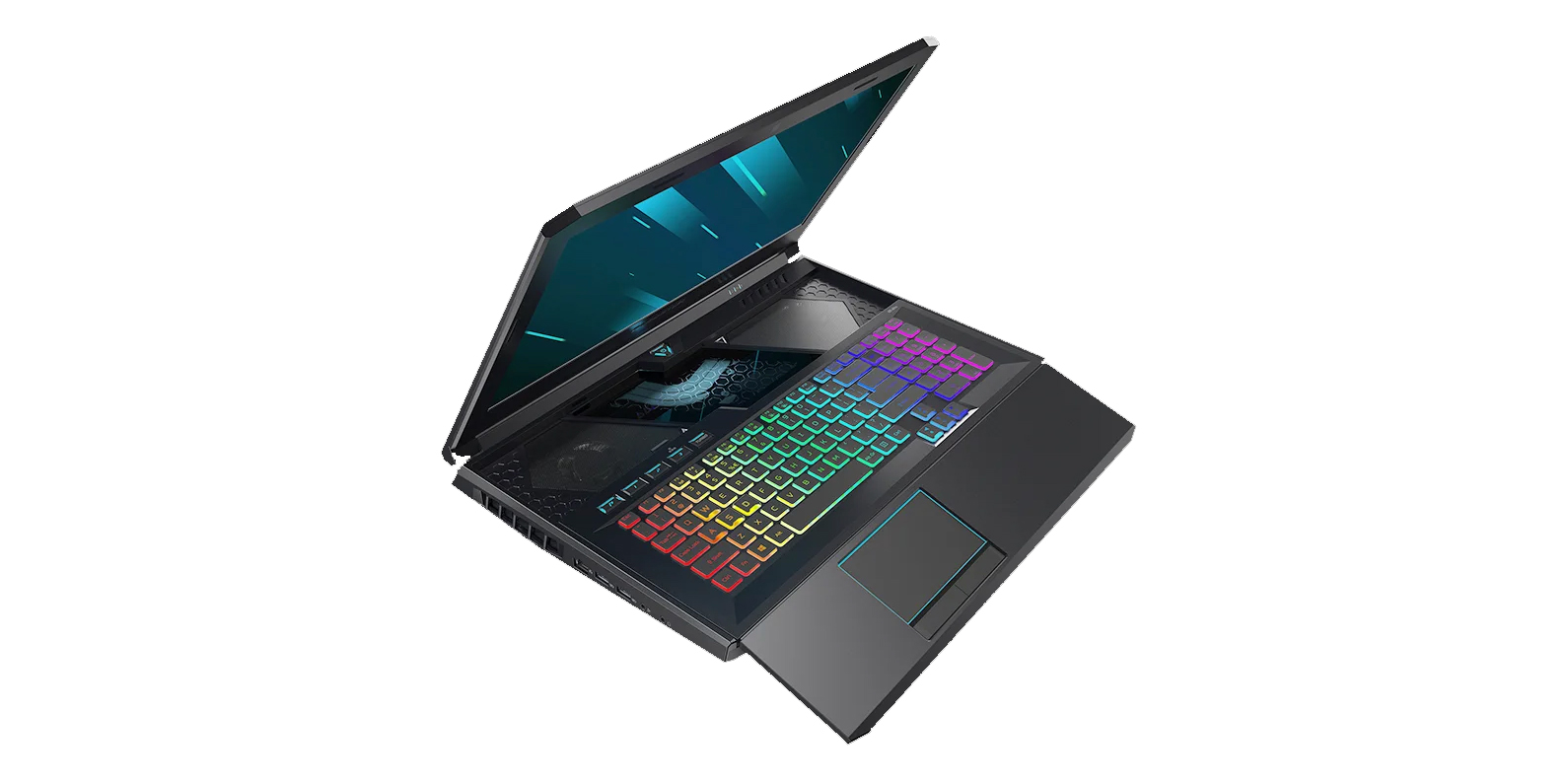 Today’s Acer event is delivering a new batch of Predator gaming laptop PCs, sporting upgrades alongside a somewhat quirky design you may have seen before. Acer is bringing the 10th generation Intel Core processors to the mix along with upgraded displays that top out at 240Hz, a significant spec for a mobile gaming setup. All told, there are four refreshed gaming PCs coming to users over the next few months, which Acer says, will take your everyday experience to a whole new level. We have full details on all of Acer’s new Predator gaming laptops down below, along with pricing, availability, and more.

Headlining today’s announcement is the Predator Helios 700, which Acer claims is the “notebook that can replace your desktop.” You may recall previous-generation models, which have featured Acer’s HyperDrift keyboard, that notably slides out to accommodate a more custom setup. While that may be the defining visual of this gaming PC, there’s plenty of power under the hood that’s worth checking out.

The latest version has been upgraded to an overclockable 10th Gen Intel Core i9-10980HK or i7-10875H processor that’s backed by NVIDIA’s Super GPUs. Acer is also bringing new thermal management capabilities to the mix, which it says will significantly improve heat conductivity, cutting down on those toasty gaming sessions.

Acer’s Predator Helios 700 gaming notebook will be available in the US for $2,399.99 starting in October.

We’re also getting our first glimpse at the new Helios and Triton 300 line of gaming laptops today. The Helios 300 is a $1,199.99 PC that departs from the unique build of the 700 model above. It’s a more traditional gaming laptop with RGB but it still packs from integrated cooling, as well. Notable features include 10th Gen Intel Core H-series processors, overclockable NVIDIA GeForce RTX 2070 GPU with Max-Q Design, and a 240 Hz 15.6-inch FHD IPS display.

The Predator Triton 300 retails for $1,299.99 with many of the same features noted on the Helios model. It has the same display along with 240Hz refresh rates and a 3ms response time. It’s an ultra-portable design, which is notably less bulky than the alternatives detailed above.

Rounding out the list is the low-end Nitro 7 gaming PC at $999.99. Specs drop off a bit here, as to be expected given the lower price point. There’s also not as much to give on the design end, but you’ll still get a 10th Gen Intel Core H-series processor and up to a GeForce RTX 2060 GPU. We typically see these models heavily discounted over time.

All of Acer’s newest releases are set to hit North America in September or shortly after.