Hands-on with Jasco’s new Zigbee 3.0 outdoor smart plug, the first of its kind 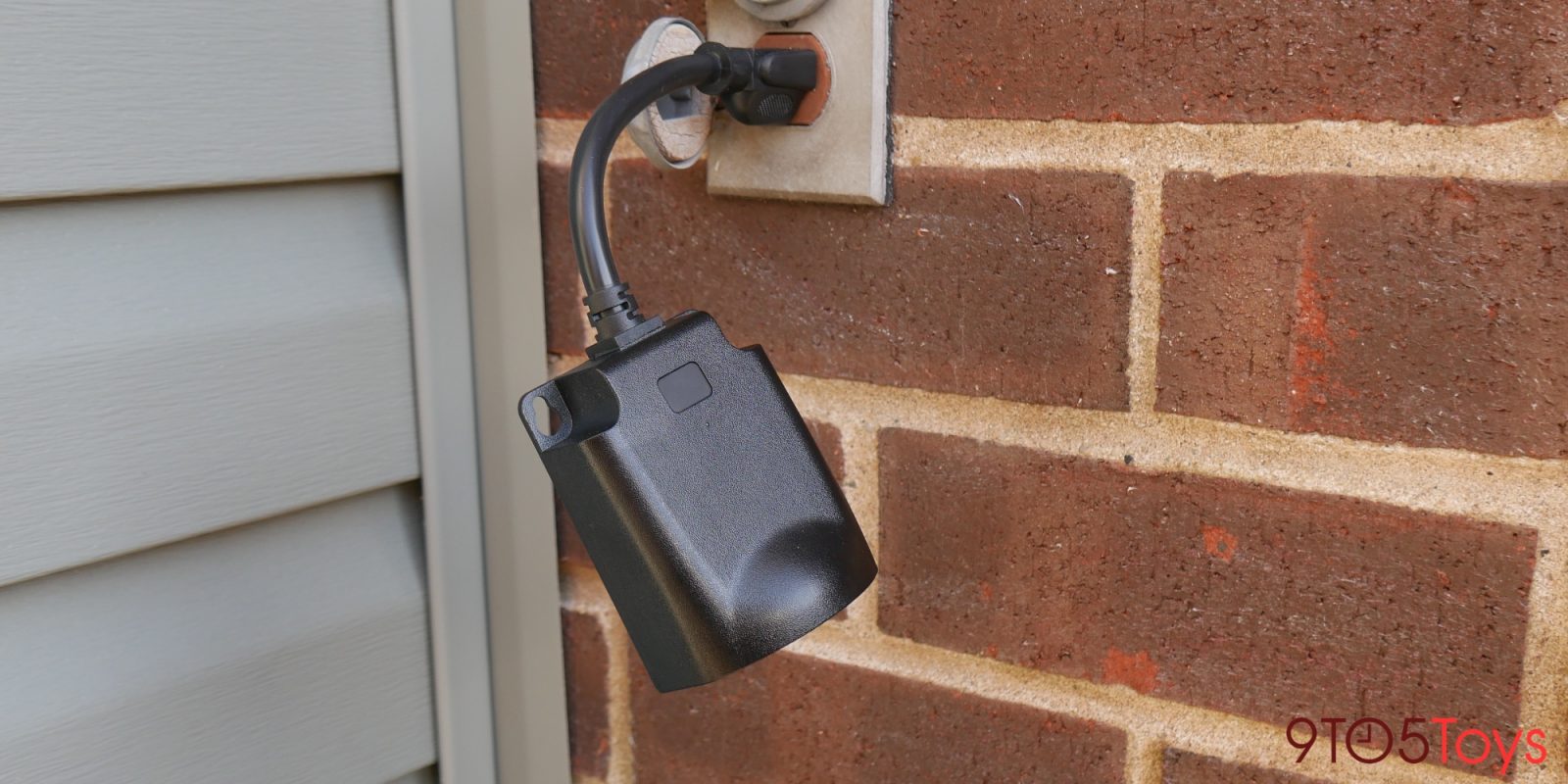 Earlier this year at CES, Jasco unveiled its collection of Zigbee 3.0 accessories. Among them was an all-new outdoor smart plug that entered as a first for the brand, and even the Zigbee ecosystem as a whole. The Enbrighten Outdoor Smart Plug originally caught our eye, and today we’ve returned to take a hands-on look at the accessory alongside its indoor counterpart. Head below for a closer look at the new Zigbee 3.0 outdoor smart plug and why it’s a must-have for your summer smart home setup.

Jasco’s new collection of releases iterated on the previous Enbrighten lineup with improved range, notably smaller designs, and other overall improvements. But aside from just ushering in some marginally updated versions of previous releases equipped with the new Zigbee 3.0 specs, Jasco also stepped up its game in other ways.

One of the most notable additions to the lineup enters as a first for Jasco, an outdoor smart plug. The form-factor of a weather-resistant outlet is nothing new, as we’ve seen various offerings from TP-Link, meross, and even Z-Wave models from the brand in the past. But when it comes to the Zigbee ecosystem, Jasco’s new Enbrighten Smart Plug is not only the first of its kind, but one of the only models to date from any company. 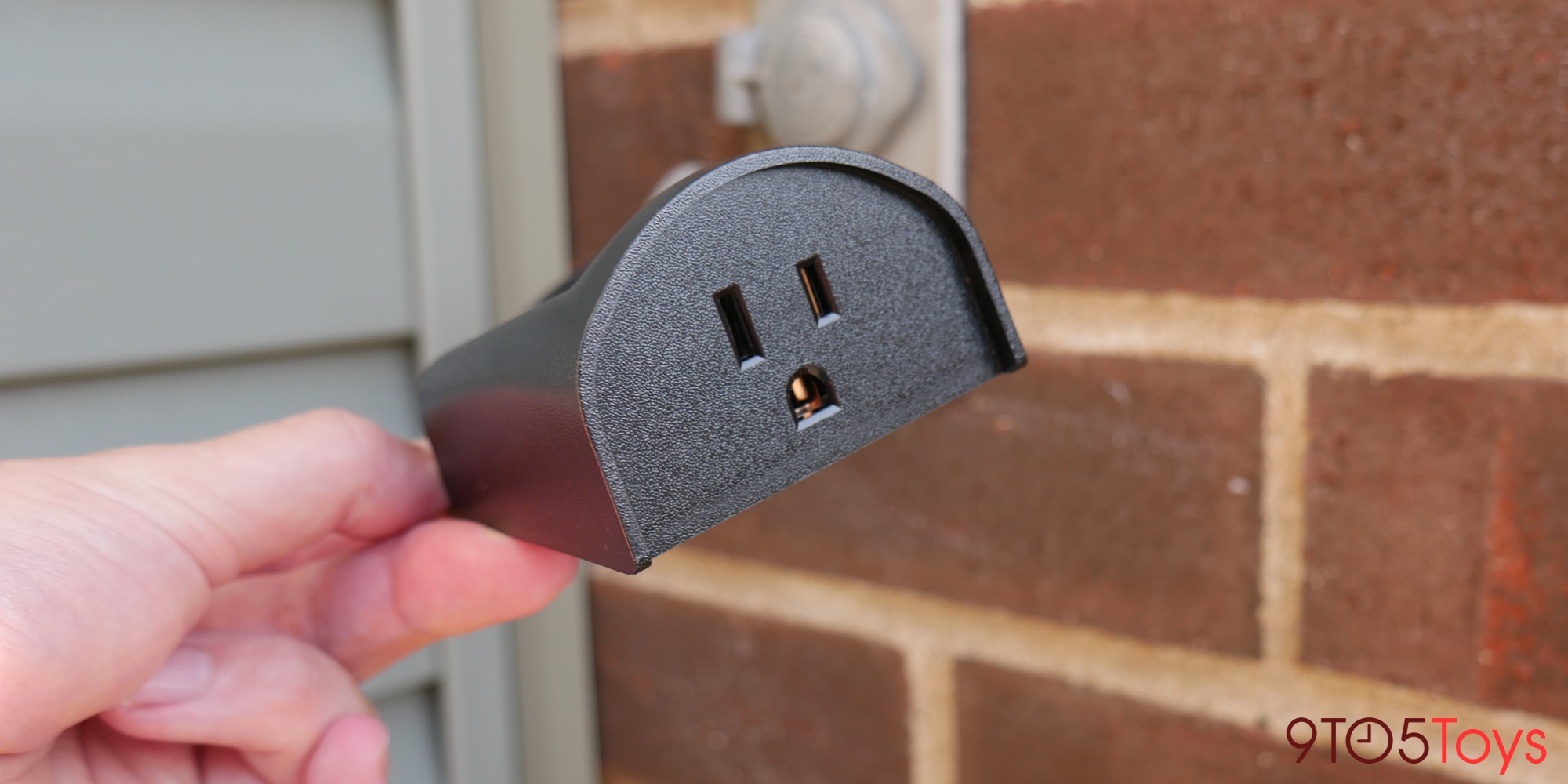 A tried and true design

In the looks department, there’s not too much about the new Enbrighten Zigbee Outdoor Smart Plug that stands out. If you’ve seen one outdoor plug, you’ve essentially seen them all. There’s a black plastic casing which seals in all of the components with a weather-resistant design and a hefted, but short, cable that plugs into an outlet.

Jasco’s new Zigbee 3.0 release does differ from other smart plugs we’ve seen in that it only sports a single outlet. That in turn makes the entire package more lightweight than you’ll find elsewhere. That’s a general theme with the new lineup of Enbrighten devices, but it especially makes a difference here if you’re hoping to keep a patio looking clean.

Where the new Enbrighten Outdoor Smart Plug really stands out is with its built-in Zigbee 3.0 connectivity. It’s what earns it the title of being the only one on the market, and makes it quite the versatile smart home upgrade. As we’ve detailed in the first installment of our ongoing Zigbee Diary series, going with this connectivity instead of Wi-Fi has plenty of perks. From freeing up bandwidth and speeding up your network to increased range and higher reliability, Zigbee has its advantages.

Those last two points have proven to be a major selling point for the Enbrighten smart plug. If you’ll be installing it somewhere further away from your router or a range extender, a typical Wi-Fi smart plug tends to have connectivity issues. Especially if your home is made out of brick, which is something I’ve found to be an issue with Wi-Fi devices in the past. But so far in my usage, I’ve had no issues with reliability when it comes to the outdoor Zigbee smart plug.

I’m personally using the smart home accessory with a ConBee II Zigbee stick paired with Home Assistant installed on a Synology NAS. But if you’re already rocking an Amazon Echo Plus, or Show smart display, you’ll be able to bring the Enbrighten Outdoor Smart Plug into your Zigbee setup without any extra overhead.

Jasco’s new Enbrighten Outdoor Smart Plug enters with a $43 price tag. It’s not quite as competitively-priced to some of the Wi-Fi models out there, but the Zigbee support easily justifies that bit of a premium for me. And the fact that you won’t find another model with the same connectivity on the market just drives that point home. 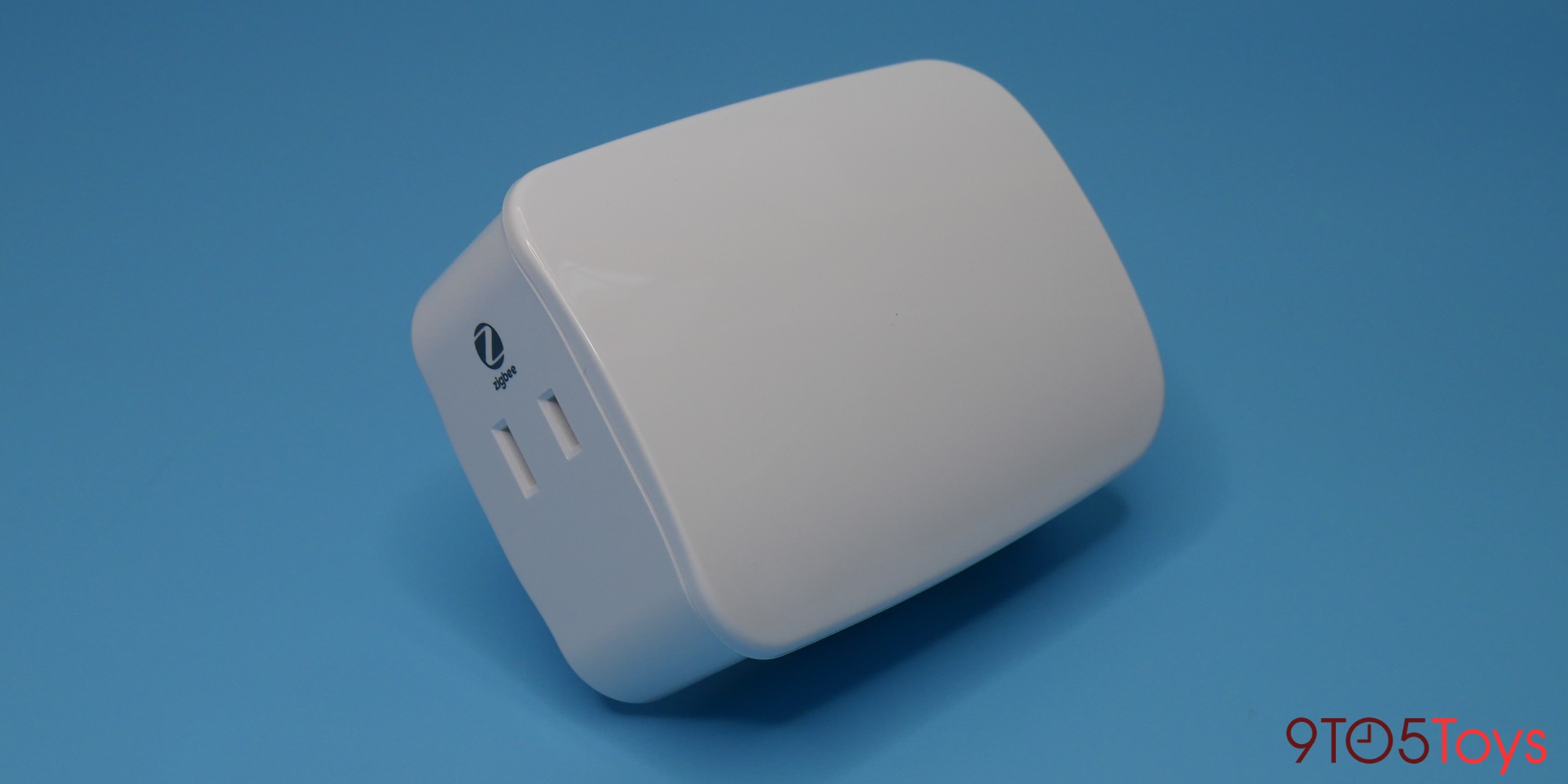 Alongside the outdoor Zigbee 3.0 smart plug, we also got a chance to go hands-on with another one of Jasco’s new debuts. The new Zigbee dimmer has much of the same enhancements as its weather-resistant brethren, but with an indoor-ready design.

Connectivity has been exceptionally reliable over the past few weeks and the smaller size is easily my favorite feature. I’ve been using other Enbrighten smart plugs in my setup, and the blocky designs are always something that’s a bit of a nuisance. Now for the refreshed version, it won’t hog as much of the outlet and is overall just more compact. Despite the smaller size, you’re still looking at two controllable outlets. While there’s no ground pin, this switch is still ideal for bringing lamps and other lights into your setup.

It enters with a $38 price tag, which is certainly more expensive than some Wi-Fi smart plugs, but is worth the cash in my book. It isn’t as much of a must-have as the outdoor variant, but you certainly won’t be disappointed if you decide to pick this one up.

Whether you’re looking to roll your own smart home system or expand an Echo Plus, Jasco’s latest Enbrighten releases are worth considering. Zigbee 3.0 brings with it plenty of enhancements from the past wave of devices, and all of those improvements carry over to the latest smart plugs.

Summer weather makes the outdoor Zigbee smart plug an absolute must in my book. Being able to control outdoor lights with Alexa and your smartphone is an easy way to take your setup to the next level. And if you’re just looking to bring that same functionality to some lamps, the indoor counterpart is worth a look, as well.