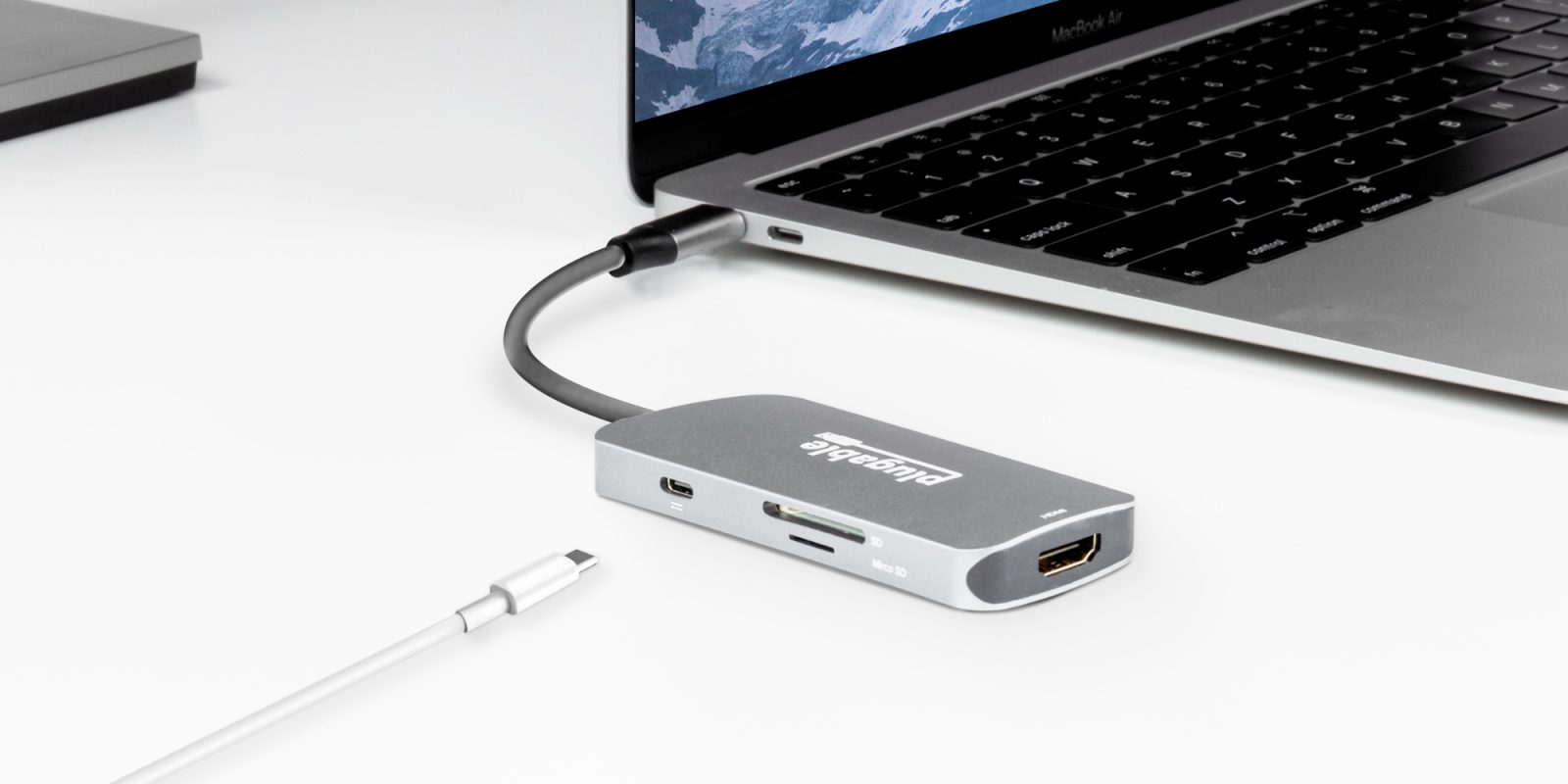 Today Plugable is launching its latest desktop docking solution for MacBooks, PCs, and Chromebooks with a new 7-in-1 USB-C hub. Looking to undercut some of the more well-known players in the space with a more competitive price point, the new accessory manages to do so without skimping out on the more desirable features. While 87W passthrough charging is a standout, other features here include 4K HDMI and more. Head below for all of the details, and to score yourself a launch discount on the new release.

Plugable’s latest release debuts hot on the heels of yet another USB-C dock and a collection of MacBook-friendly flat adapters. But today’s debut is a much more versatile offering than we’ve seen from the company in the past, at least on the portable side of things. The new 7-in-1 USB-C Hub from Plugable enters with an entirely mobile design thanks to a bus-powered design.

Everything is wrapped in an aluminum housing which is sure to blend in with the rest of your Apple setup, and a built-in USB-C cable completes the package. As for the actual I/O incorporated into the Plugable 7-in-1 USB-C Hub, you’re looking at a pretty robust selection of ports. Its built-in 87W USB-C PD passthrough port allows you to charge even a MacBook Pro, accomplishing a single cable setup even while on-the-go. 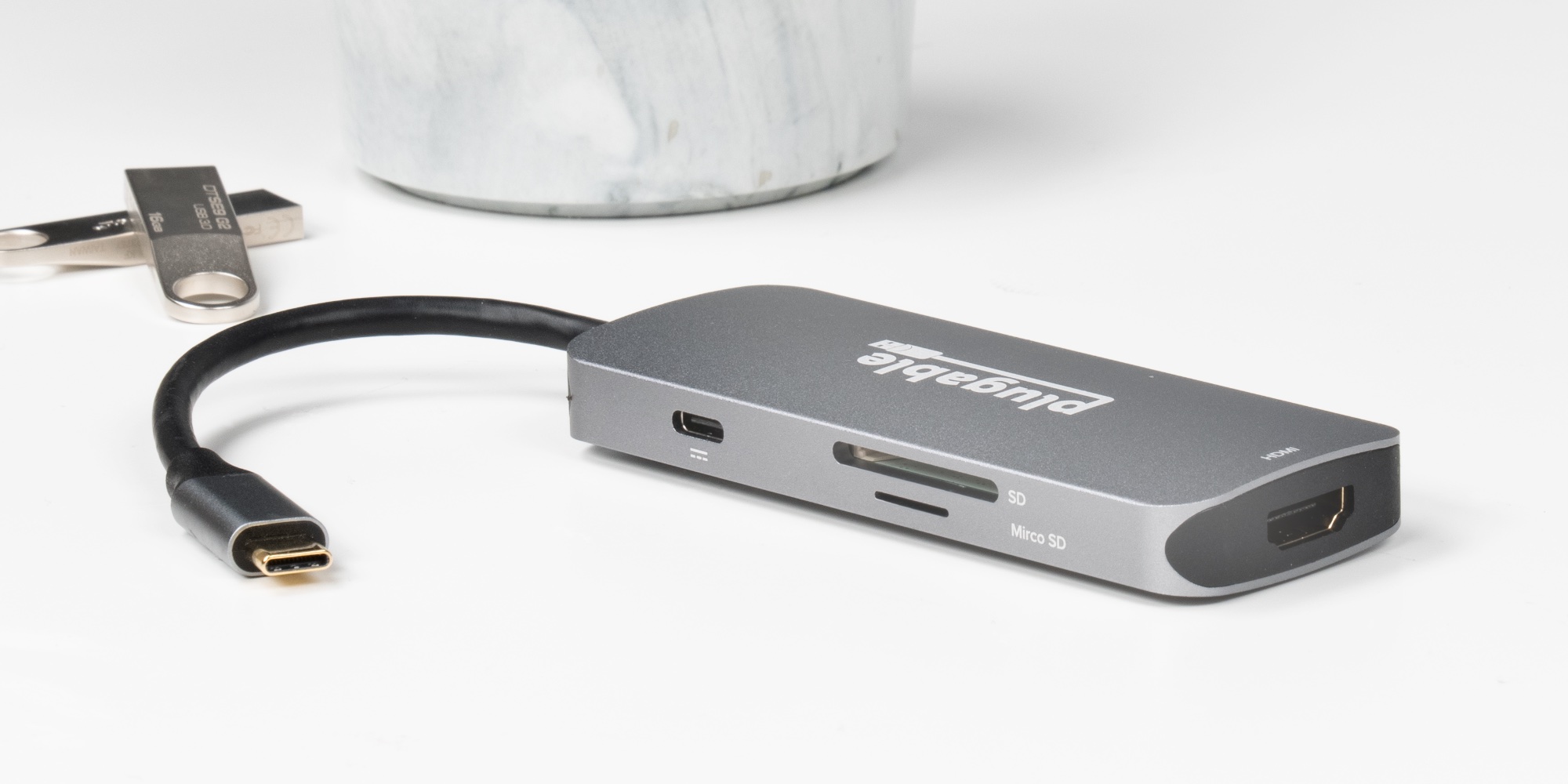 There’s also 4K @ 30Hz via HDMI for driving an external display, as well as three USB 3.0 ports so legacy devices in your setup aren’t left out. Plugable rounds out the notable features here with a pair of micro and SD card readers, which photographers are sure to appreciate, as well.

Plugable touts that it’s tested quite a few popular devices with its new 7-in-1 USB-C Hub, further adding to the list of reasons to consider it. On top of Macs, other devices like the HP Spectre x360, Dell XPS lineup, and Lenovo ThinkPads are specifically compatible. But really anything rocking a USB-C or Thunderbolt 3 port should work out for the box, too.

Despite its pretty competent lineup of features, Plugable is pricing its latest 7-in-1 USB-C Hub at $29.95. It’s currently available from Amazon, though you can lock-in launch pricing that makes it even more affordable. Right now, clipping the on-page coupon on the listing will drop it down to $24.95 for a limited time.

Plugable has yet to really disappoint this year in terms of its lineup of accessories that have been expanding over the past few months. Today’s launch is arguably the most impressive in my book though, as getting seven ports in a single package is hard to beat. Plus, its competitive price compared to other models is yet another thing going for the latest from Plugable.