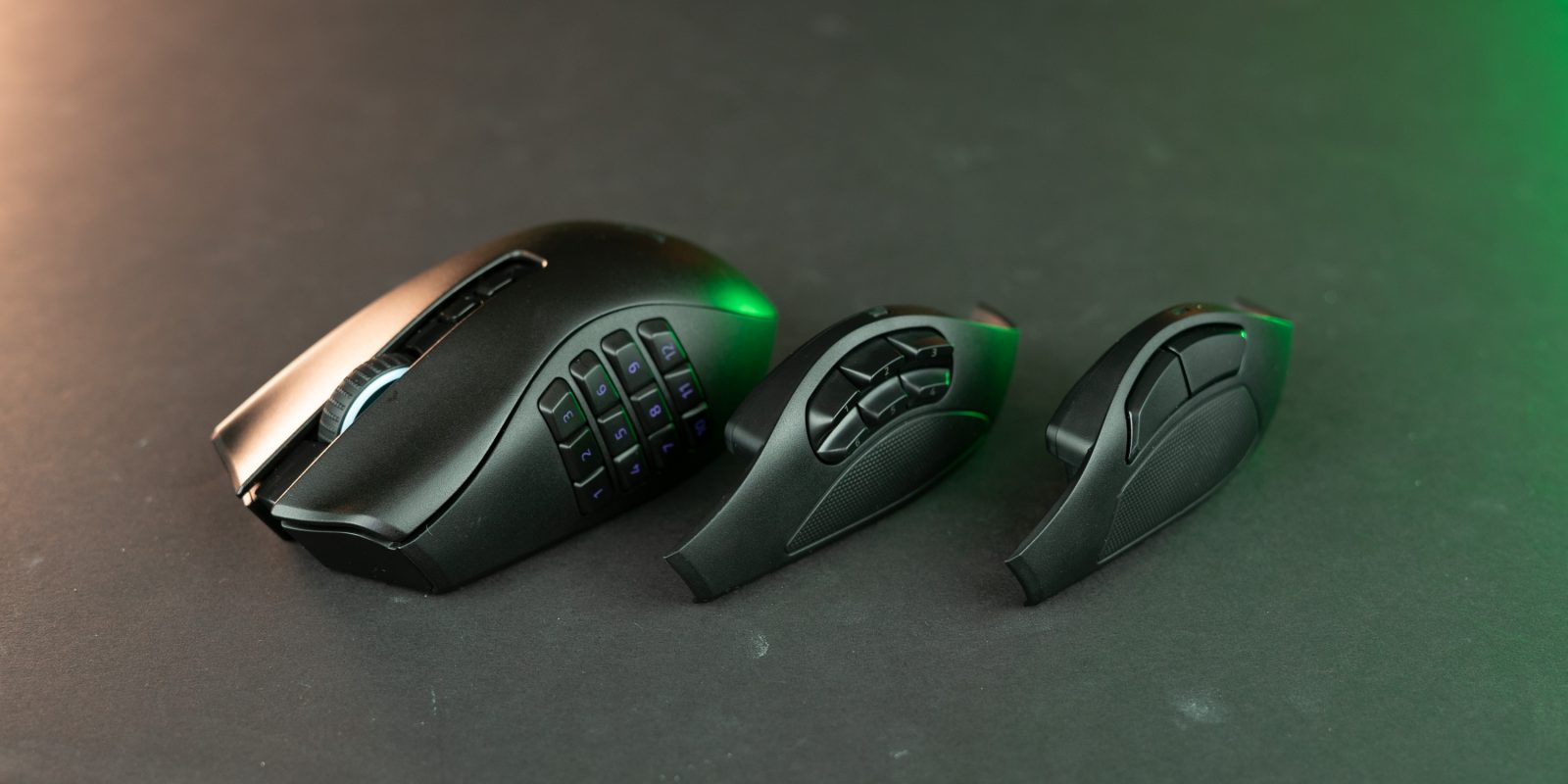 Continuing with updated product releases this year, the latest from the triple-headed snake is the Razer Naga Pro. With HyperSpeed wireless, interchangeable side plates that unlock up to 20 customizable buttons, and packing all of Razer’s latest mouse tech, its set to be a great choice for gaming or productivity. Check out the video below to see it in action.

Taking a look at the design

Coming in at $150, the Naga Pro offers the most customizability I’ve used in a mouse with three hot-swappable plates that hold up to 20 customizable buttons. That’s a lot of abilities or hotkeys for gaming or productivity.

As an MMO mouse, the Naga Pro also has different dimensions than most FPS mice. Coming in at 119 x 74.5 x 43 mm, it is considerably shorter front to back and wider side to side than the popular Deathadder V2. It does have a similar height, though.

At 117g, it’s heavier than a lot of mice Razer has been putting out lately. If you’re looking for the lightest, check out the Deathadder V2 Mini which comes in at a ridiculous 62g.

With those dimensions, the Naga Pro needs a wide grip but is very comfortable with your middle finger resting on mouse 2, ring finger on the side dip, and pinky on the side grip. Everything fits really well and feels extremely comfortable. 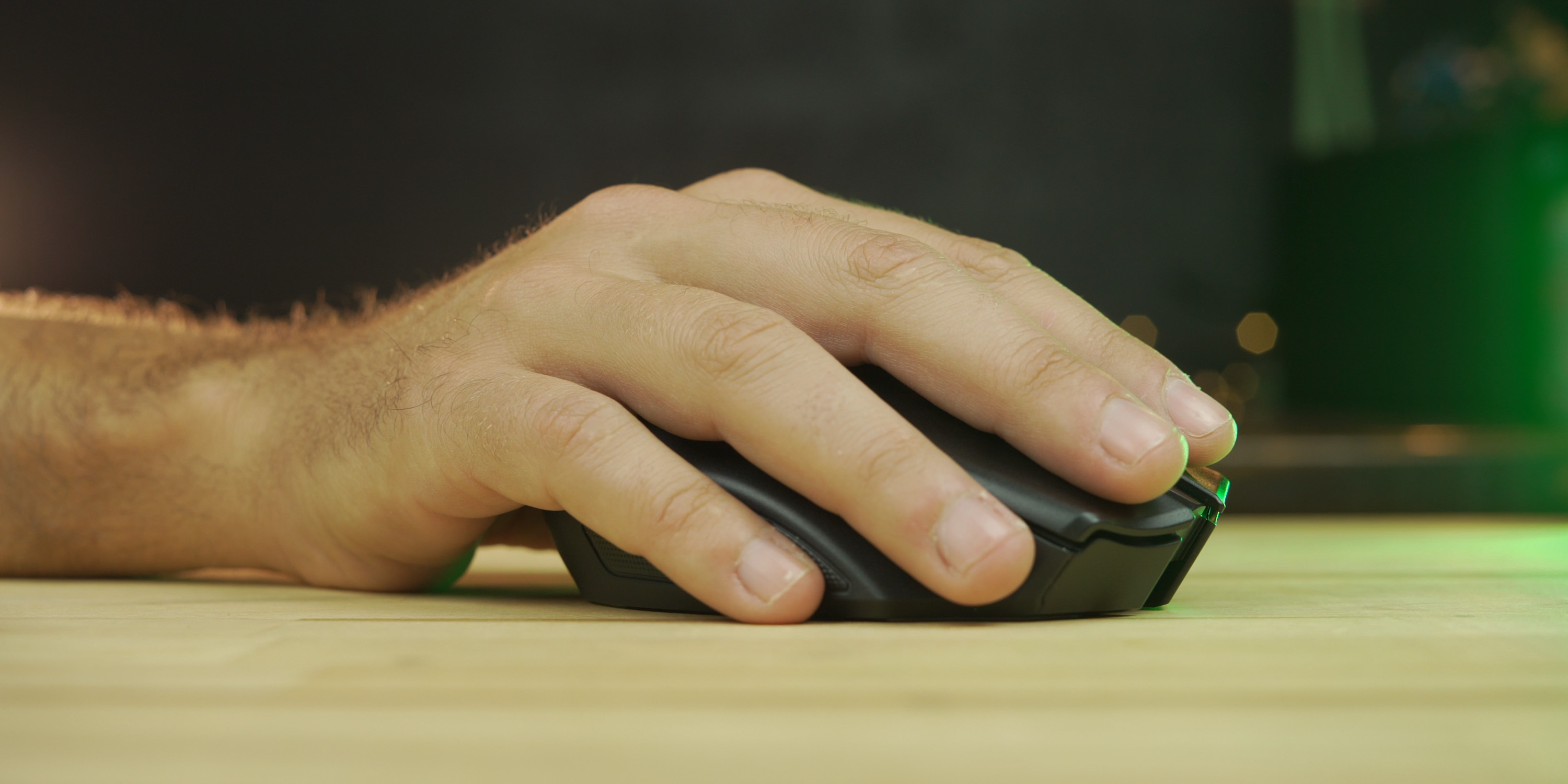 There are the usual buttons for DPI switching, as well as the scroll wheel which can be pressed in, and pressed left and right for additional mappable inputs.

On the bottom is the power switch that can be turned to 2.4 Hyperspeed or Bluetooth. Above that, is the profile switch button which can also be mapped to another input if so desired. We can also see the four PTFE feet for smooth movements as well as the area that rests on the charging dock.

With Pro in its name, it’s no surprise that this Naga features all of Razer’s latest mouse technology. First up, is Hyperspeed wireless. This isn’t the first mouse we’ve tried with Razer’s top tier 2.4Ghz connection but is the first in the Naga line. Razer positions it as up to 25% faster than competitors’ wireless connections as evaluated by respected third-party testing. To me, it feels just as fast as a wired connection. Which, the Naga Pro does come with a removable speed flex cable for if you do run out of battery and need to plug it in while still using the mouse. 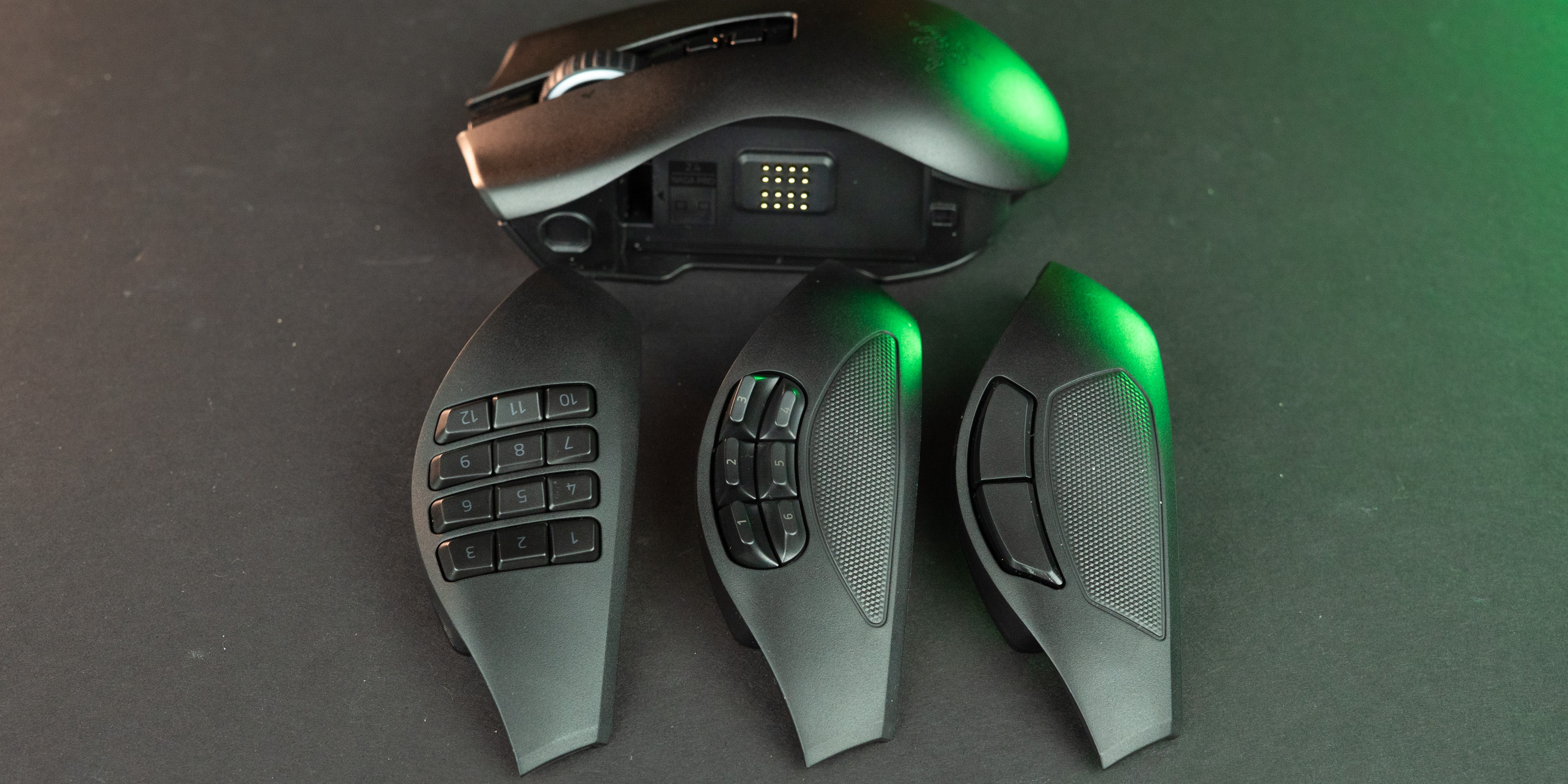 The two-button plate is similar to what you find on most FPS mice with large buttons placed near the top of the side. Simply pull that off and the magnets release and you’re able to attach one of the other plates.

With six buttons, the newly designed second plate is marketed as a good choice for Battle Royale games. With Fortnite, by default, these buttons are mapped to controls for quick access to building commands.

Finally, for the ultimate in customization, the twelve-button plate takes the total number to 20 programmable buttons. So for games where you need access to as many commands as possible at your fingertips, this is the setup for you. 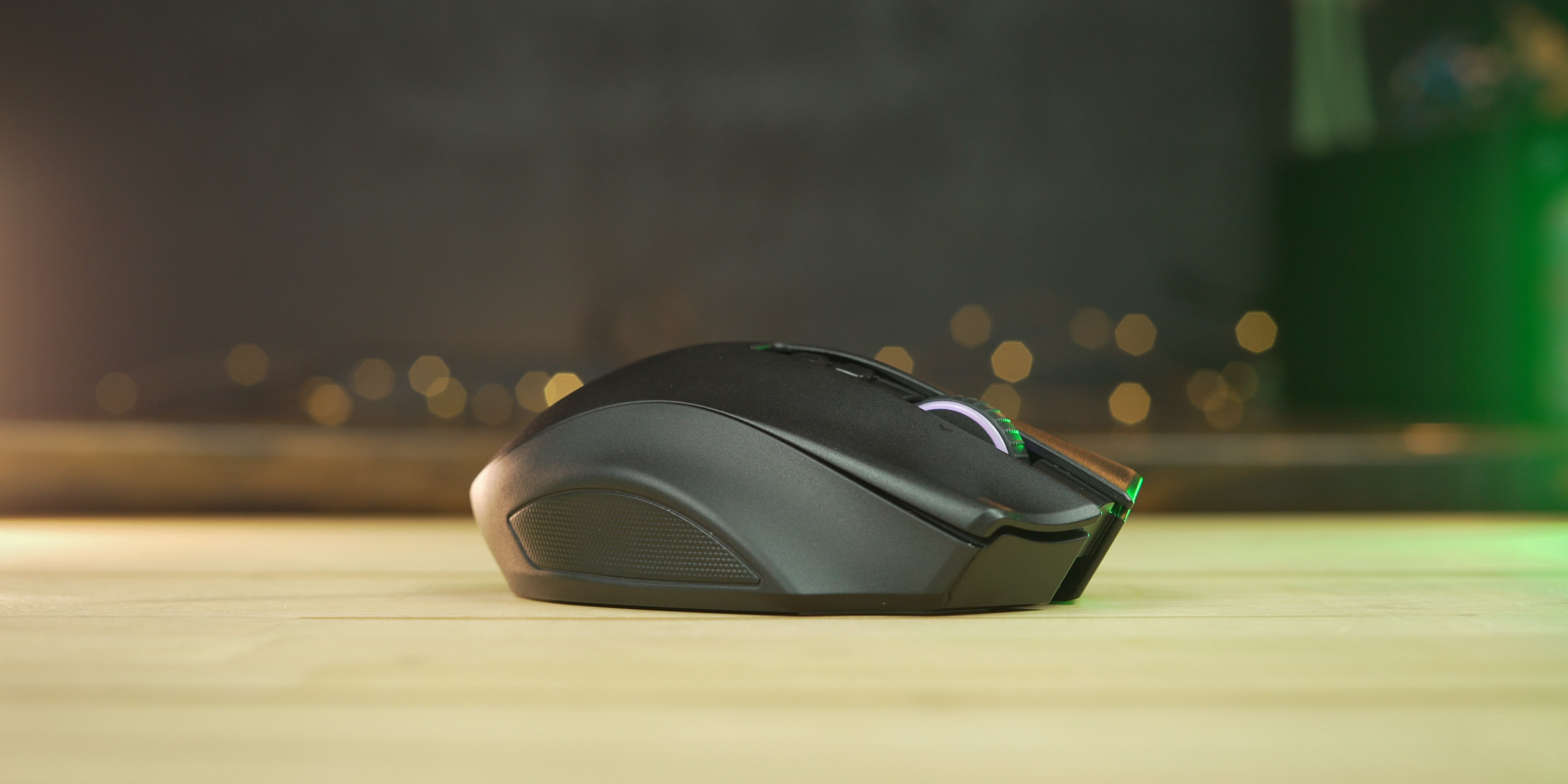 The Naga Pro also packs Razer’s top of the line Focus+ 20K Optical Sensor. Of course, 20K DPI is pretty excessive, but the sensor is highly detailed for tracking and positioning. I haven’t had any issues with this sensor in the mice I’ve tested that feature it.

Under the mouse 1 and mouse 2 buttons are Razer’s optical switches. Just like their keyboard with optical switches, Razer claims these provide the ultimate in speed. And, because of the lack of any physical contact within the switches, removes the need for a debounce delay. One other great feature is the extended durability with a rating of up to 70 million clicks. 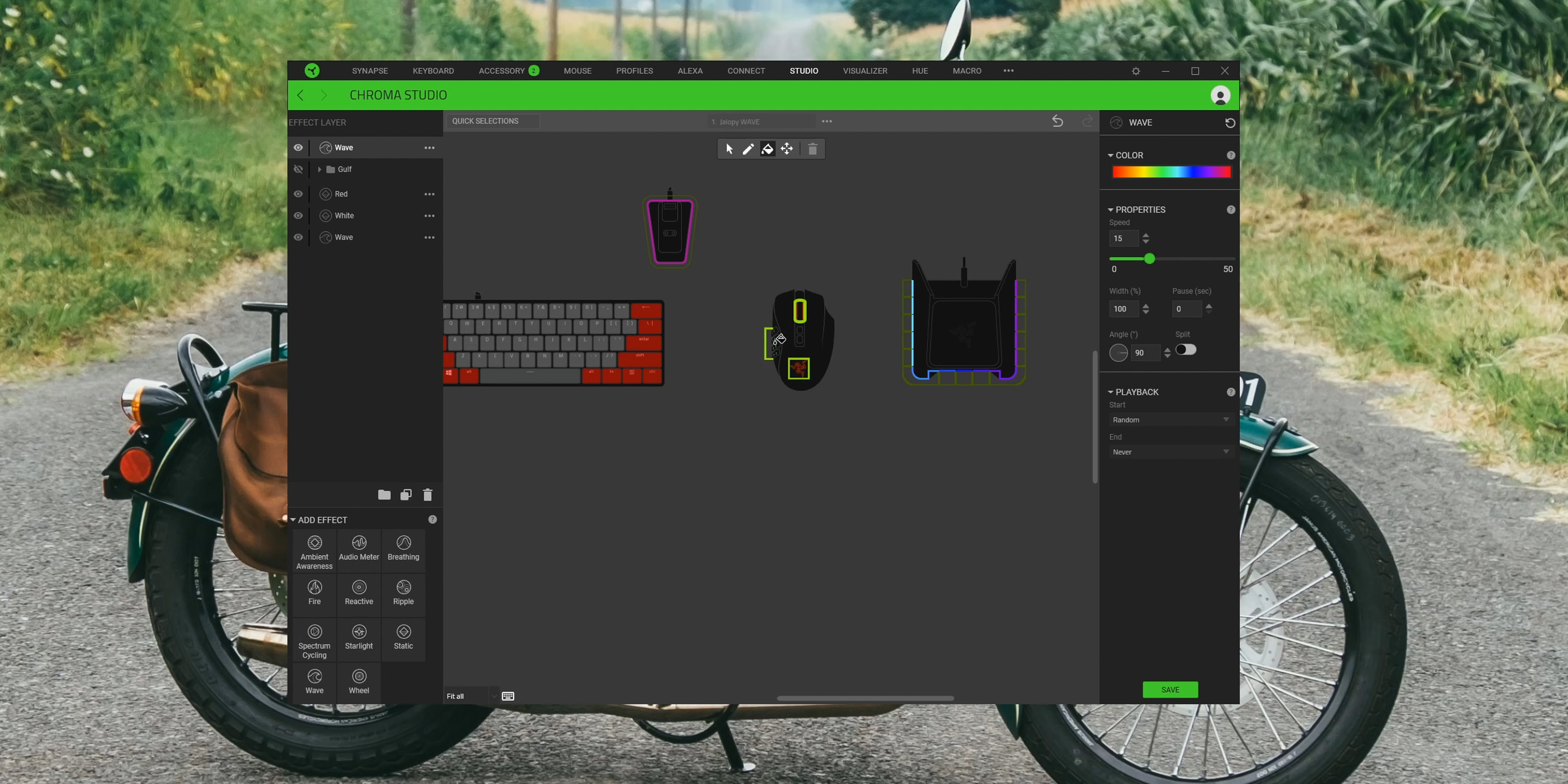 Of course, there the Naga Pro also has customizable RGB through Razer Synapse. Though not as much as other wired mice, the Naga Pro has up to three different chroma zones. The scroll wheel and triple-headed snake logo are always options, but the 12-button side plate is the only choice that offers an additional Chroma zone. 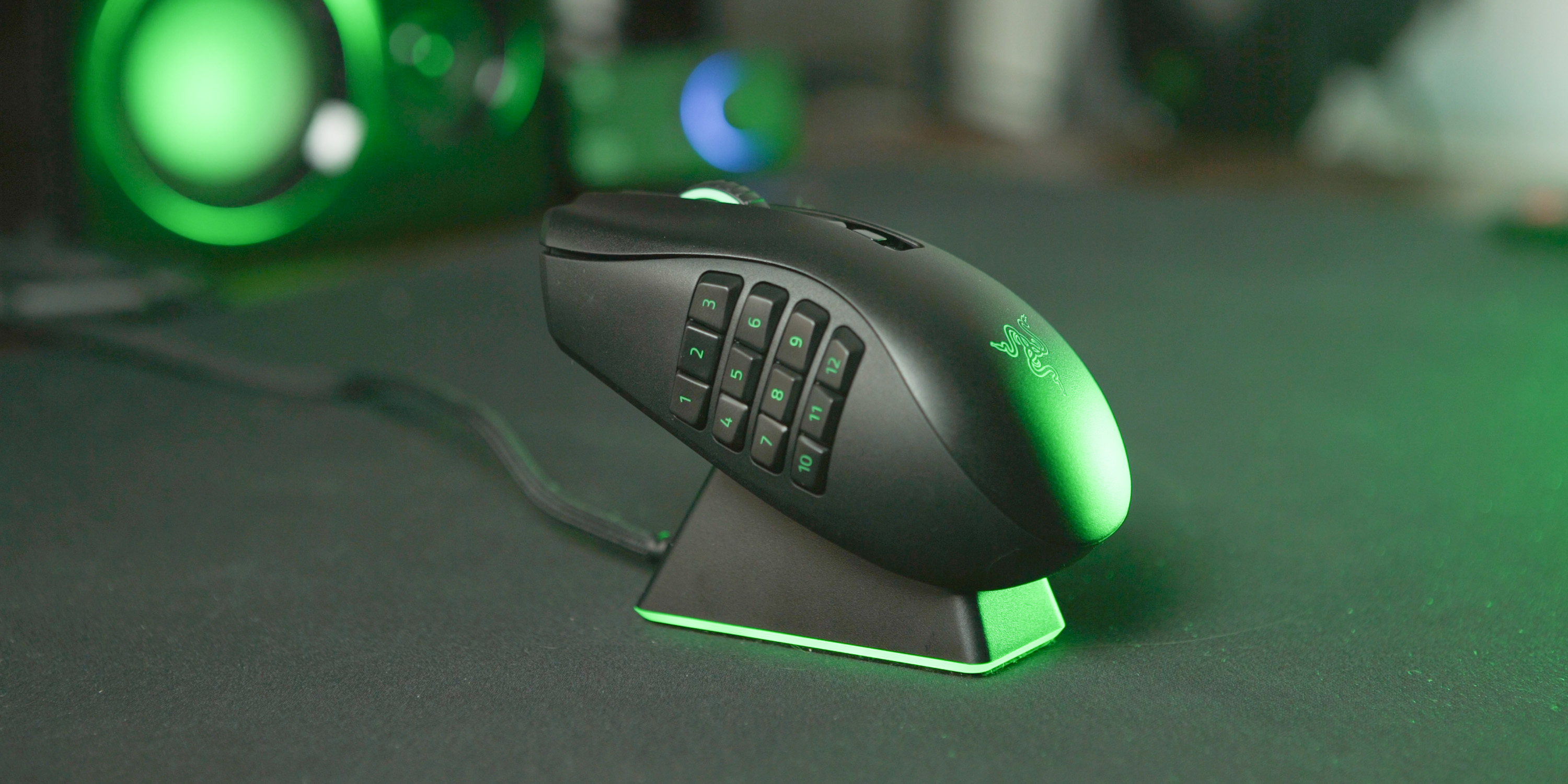 As a wireless mouse, the Naga Pro has some pretty impressive battery life, which probably correlates to the heavier weight. Bluetooth boasts the longest duration at around 150 hours, while on 2.4 you can still expect to get up to an impressive 100 hours of life. And when you do need to charge, the Naga Pro can be plugged in with the speed flex cable and used, or it is also compatible with the charging dock. While not included with the Naga Pro, and I don’t see any available for sale on Razer’s site, if you do happen you have a dock from another mouse, it will work with this one as well. 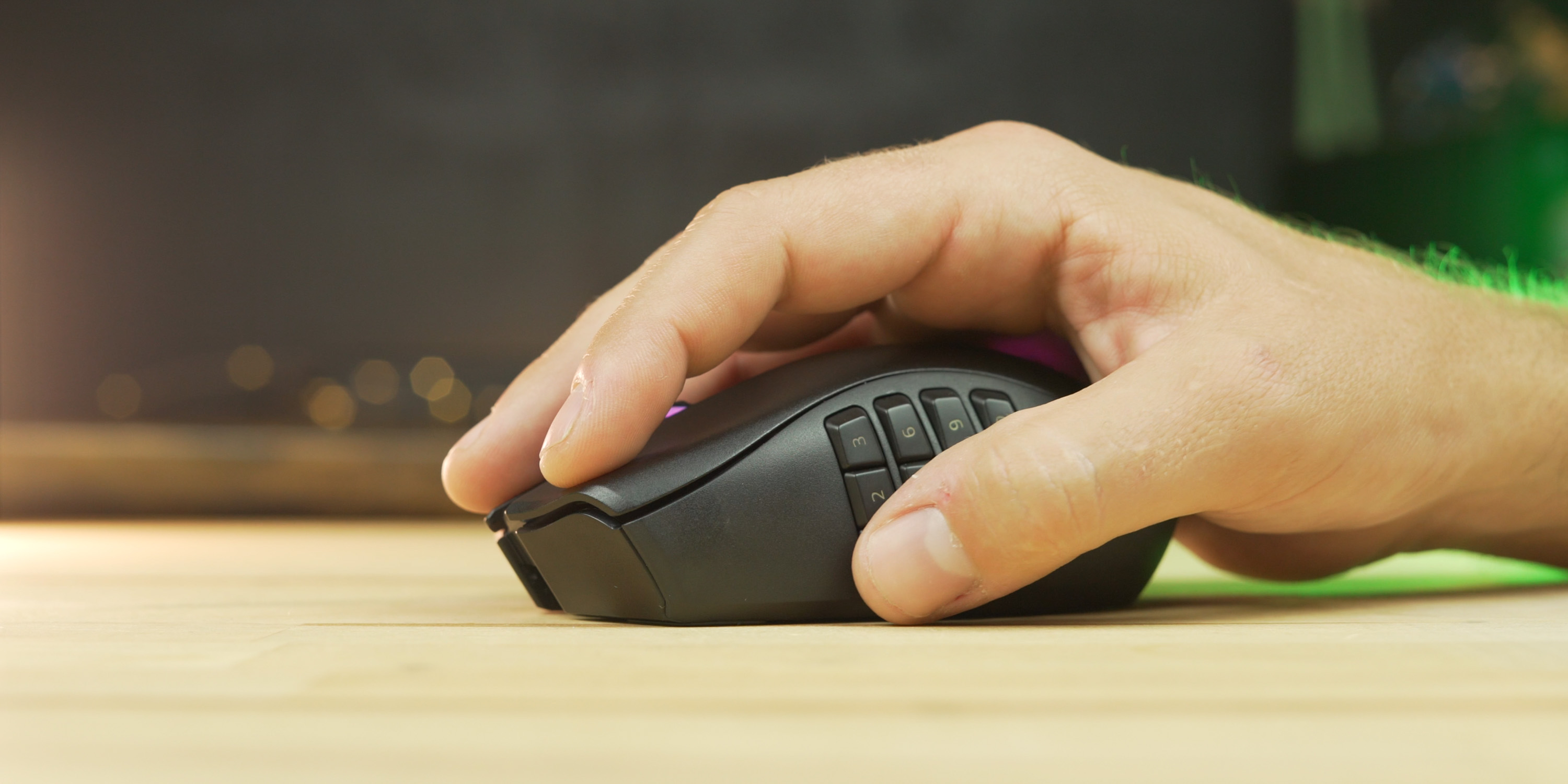 Razer Naga Pro: In use

Everything feels great on the Naga Pro, and I’d say it’s worth the premium $150 price. The hot-swap side plates snap on securely and don’t have any wiggle or play once installed. The mouse switches feel good and easy to actuate, which was a bit of an issue with the Deathadder V2.

The scroll wheel feels smooth, isn’t loud, and the scroll tilt switches and press are easy to actuate.

My only issue is that it is most comfortable when your pointer and middle fingers rest on mouse 1 and mouse 2. And it is really comfortable, probably the most comfortable gaming mouse I’ve used. But, the way I like to use a mouse is with my middle finger on or over the scroll wheel with my ring finger placed over mouse 2. 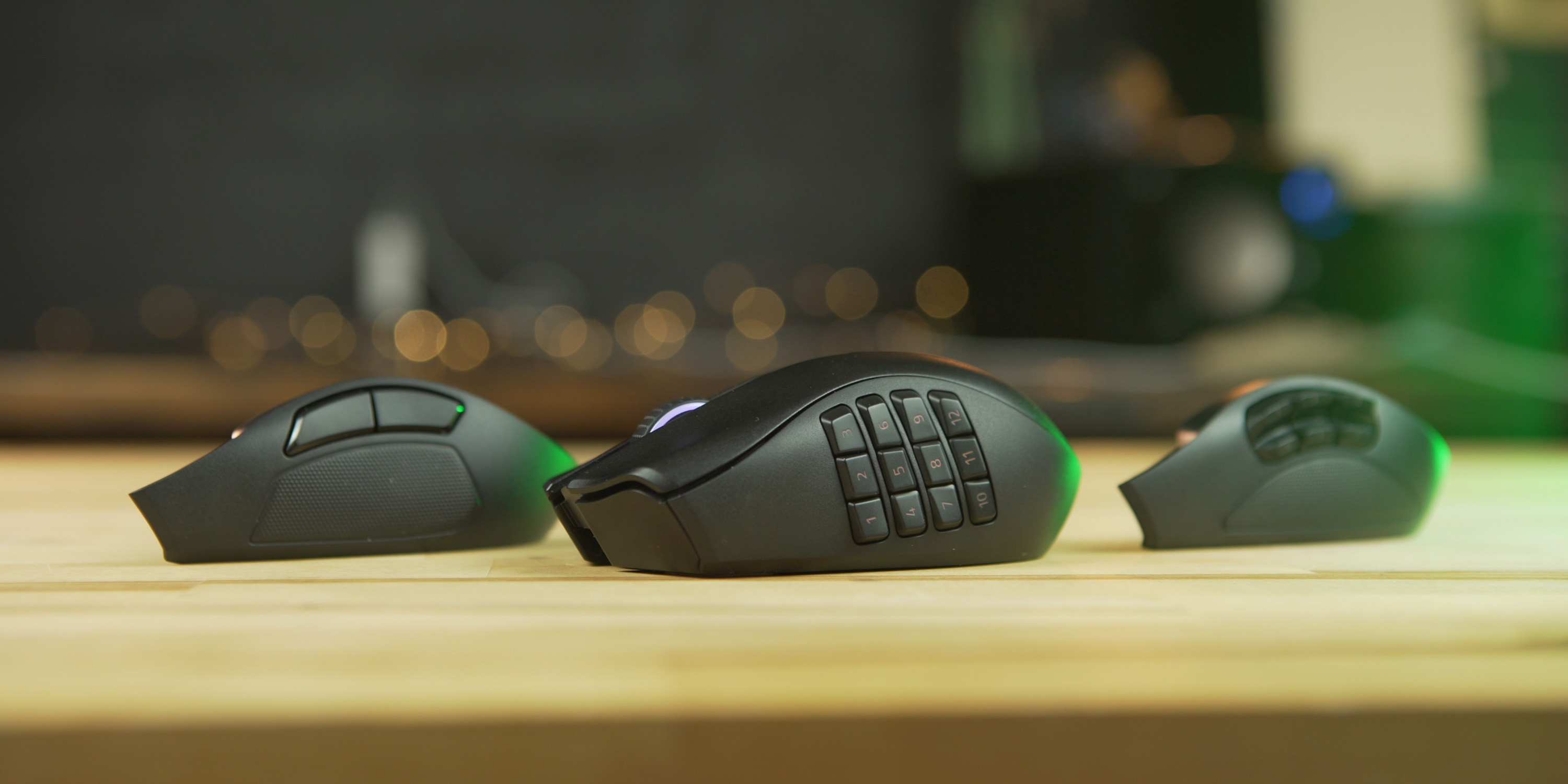 Overall, if you’re looking for a convenient mouse with tons of buttons, this is it. Hyperspeed wireless works flawlessly in my opinion, and the ability to have up to 20 customizable buttons makes this great for gamers and productivity seekers alike. Match that with the comfortable design and battery life and I think you’ll be very happy with the Naga Pro.