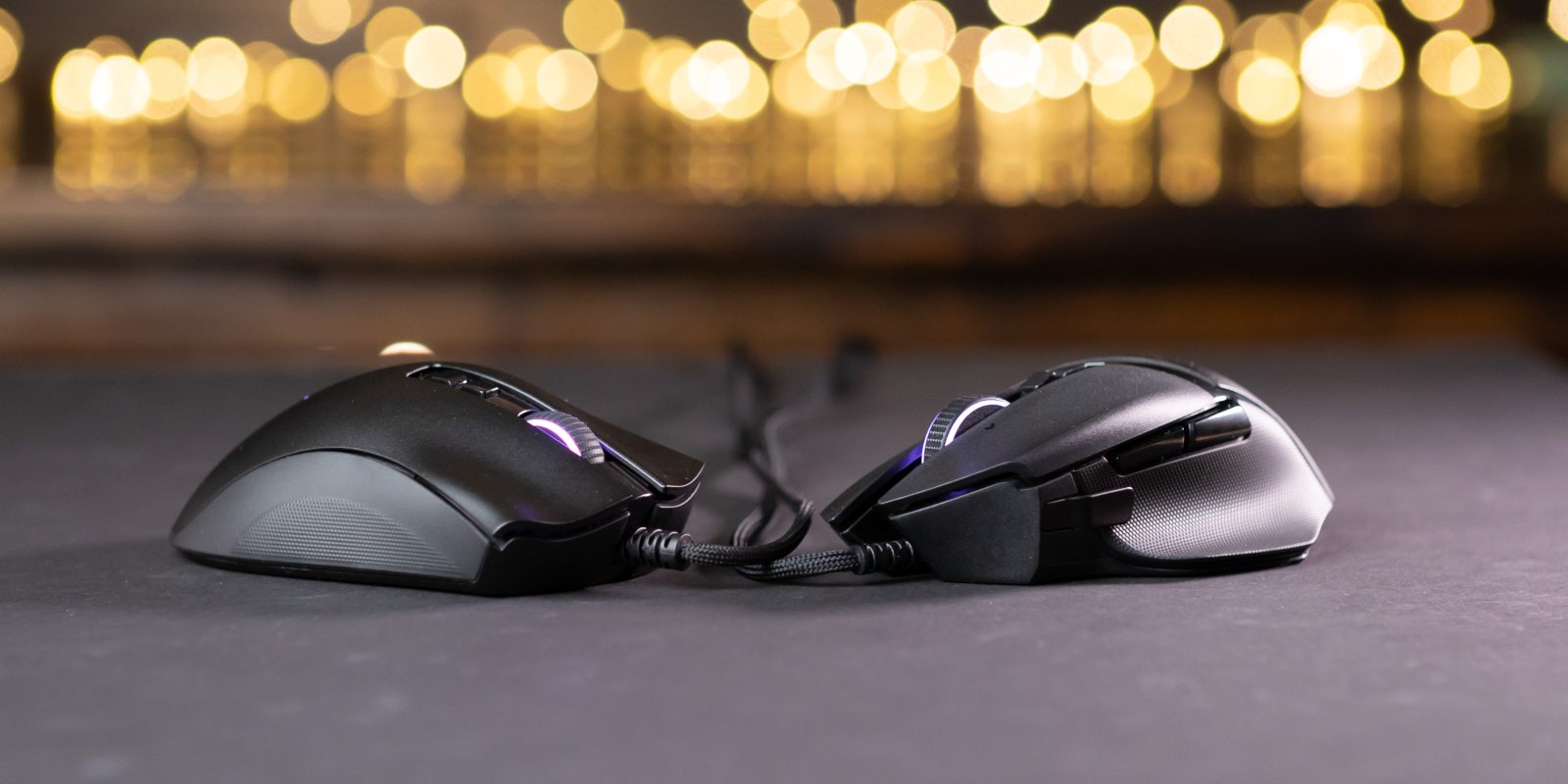 Razer has been coming out with a ton of new technology for mice. We started seeing it in the Viper, and the Basilisk Ultimate, but now Razer has brought new life to two of it’s most popular mice with the $70 DeathAdder V2 and the $80 Basilisk V2. These wired variants sport Razer’s top of the line sensor, the 20,000 dpi Focus+ and Razer optical switches. Head below to see more in our hands-on video.

The Deathadder is probably one of the most iconic mice in computer gaming. Since it’s release in 2006, Razer says they’ve sold over 10 million with 30 different variations. I bought my last one in 2015 and it still lives in my backpack for when I’m on-the-go.

For the most part, Razer hasn’t changed the design of the DeathAdder from the most recent generations. One of the main reasons the Deathadder has been so popular is for its ergonomic design that has been a favorite for many, including myself.

The enhanced version is a fair bit lighter than its predecessor as well weighing in at 82g instead of 105g. This will come down to a matter of preference if you like that lighter feel, but I do think it’s an improvement. Combined with 100% PTFE feet, the DeathAdder V2 feels great. 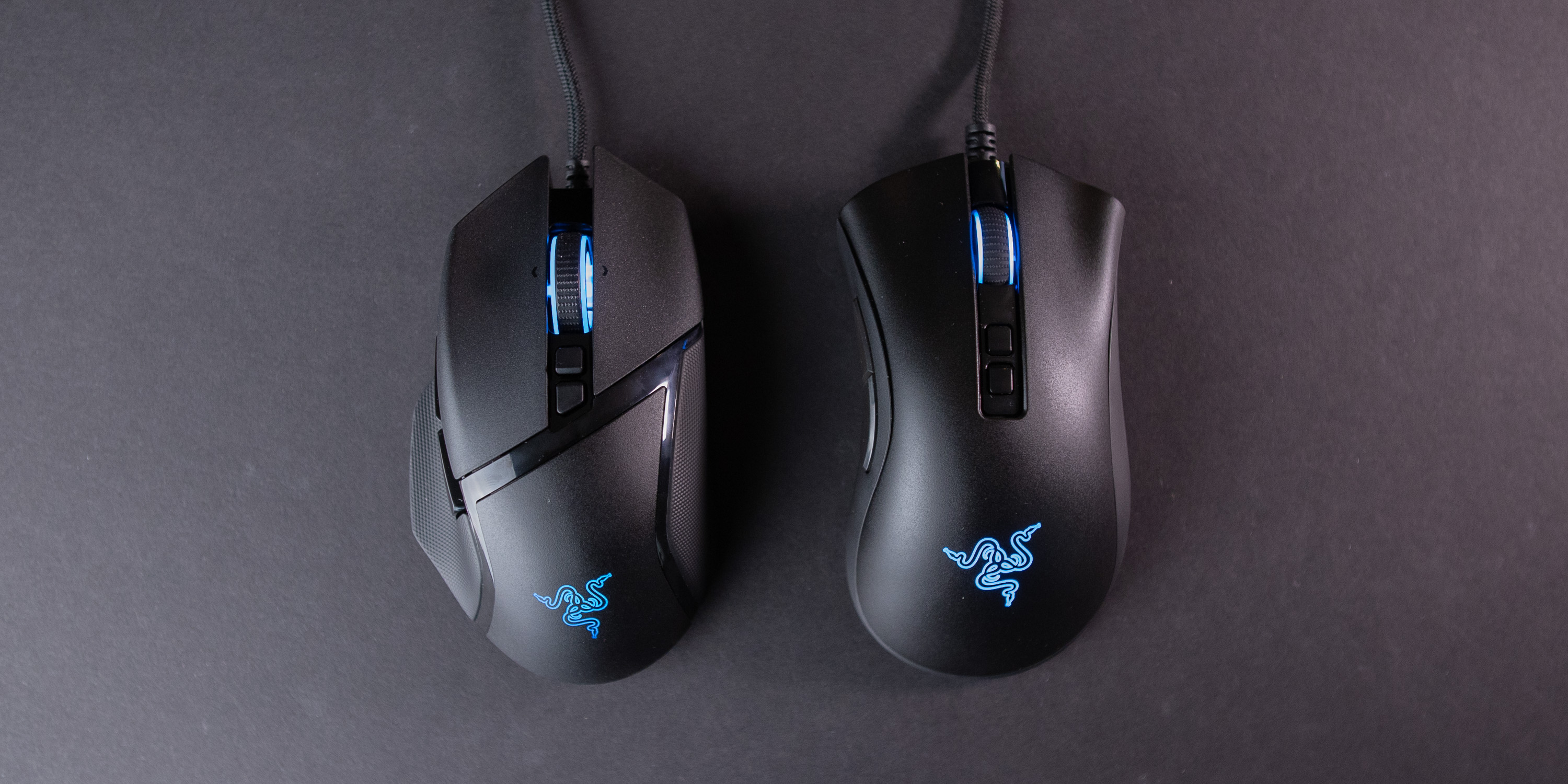 Razer has packed all of the latest tech into this updated classic – starting with the Focus+ Sensor. This new 20K DPI sensor also packs 650IPS or inches per second for tracking movement. It also can auto-calibrate to new surfaces if you change what kind of material you are using the mouse on, and you can designate a tracking distance height cut-off from 1-3mm. All of this means that the mouse performs very well and very accurately.

Like we mentioned earlier, one of the main upgrades of this new V2 is the use of Razer’s latest optical switches. Like in the Huntsman Keyboard, these switches use light instead of metal contacts to send a signal. Supposedly this makes for actuation faster, which is hard to actually tell, but it also doubles the expected life of the device. So the Deathadder V2 is rated for up to 70 million clicks instead of the industry standard of 50 million.

I’ve been using the Basilisk Ultimate since it came out and have been really enjoying it. That being said, it felt really good to hold a DeathAdder again. I do love its ergonomics. My only gripe, though, is that the right-click feels heavier than what I’ve become accustomed to with the Basilisk Ultimate. They’re using the same switches so it much just be the design of the mouse itself. It’s not terrible, but I did notice it when I first started using it. 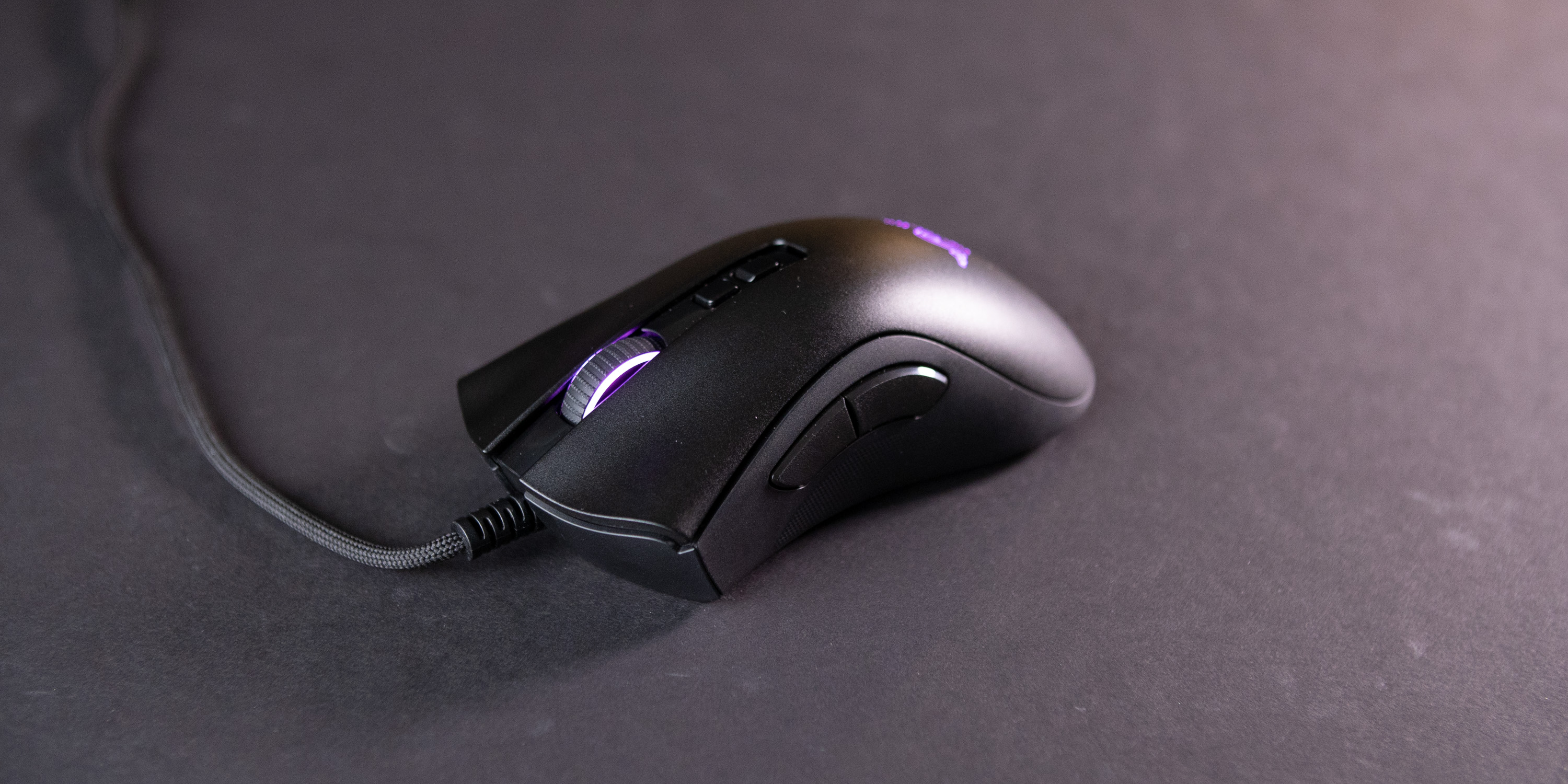 As with the DeathAdder V2, the overall design of the Razer Basilisk V2 is the same as the latest generations. It still has the 11 programmable buttons with the Hypershift paddle. It is a bit different than the original Basilisk that we took a look at in Mercury White.

One of the main features of the Basilisk has always been its customizability. With 11 programmable buttons, the scroll wheel resistance adjustment dial and the Hypershift paddle, you can really tune this mouse to whatever you need. 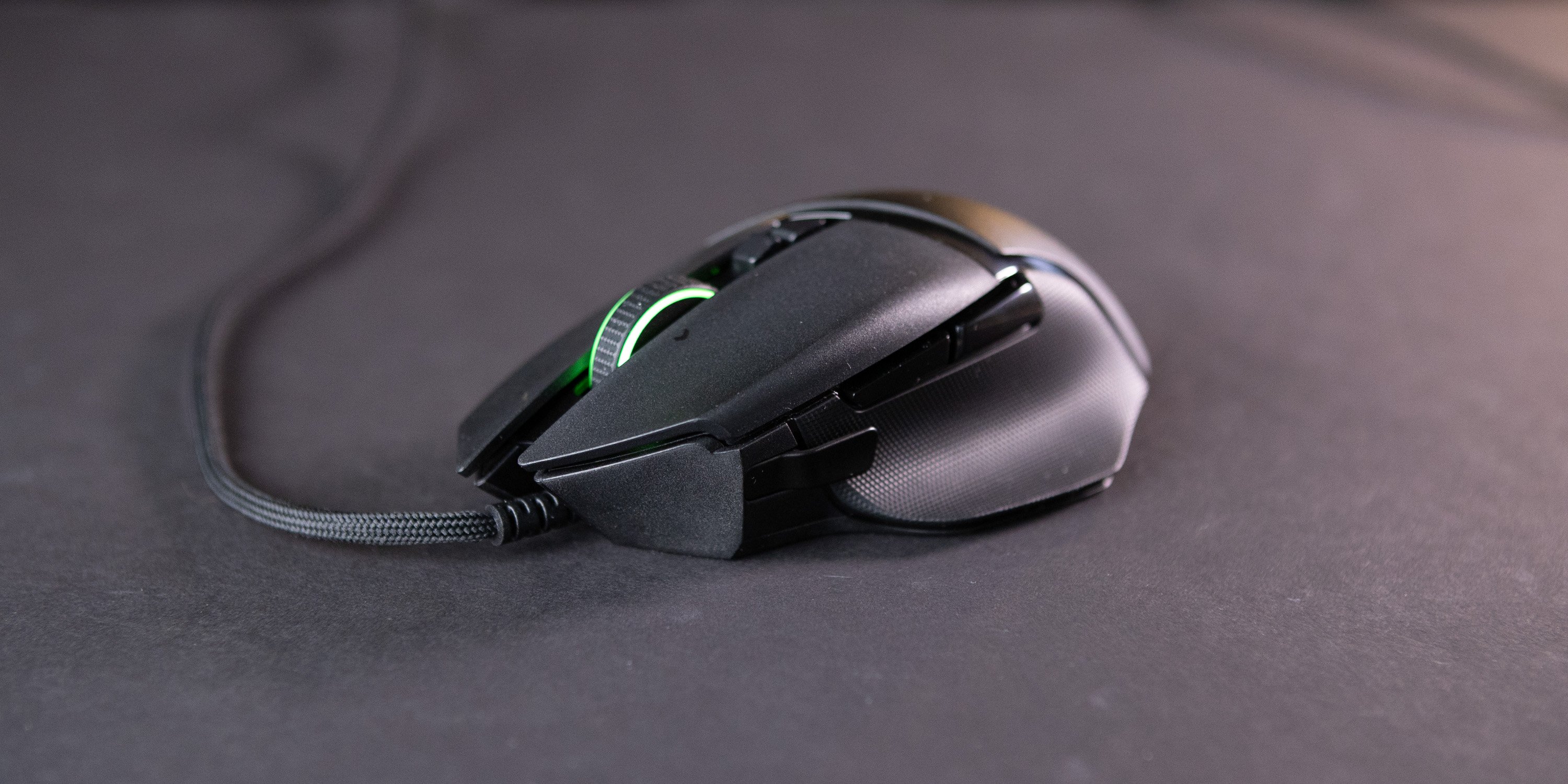 The Hypershift paddle has been marketed as a DPI clutch that can be used to temporarily change the sensitivity of your mouse while held down, but it could also be mapped to other functions. I don’t find myself using it often.

Overall, this is a great new up update to two mice from Razer that now pack the latest tech. That also means that you can get a good deal on the older versions. Currently, the Razer DeathAdder Elite is available for $30 on Amazon, while this new V2 is $70. With its 16k DPI sensor, the DeathAdder Elite is still a great mouse.

If you want to check out even more Razer gear and see an entire RGB setup, be sure to check out our Chroma Cave series where we build out a Razer Chroma powered battlestation.