Gaming For Couples: The Peggle Family + The Beatles: Rock Band 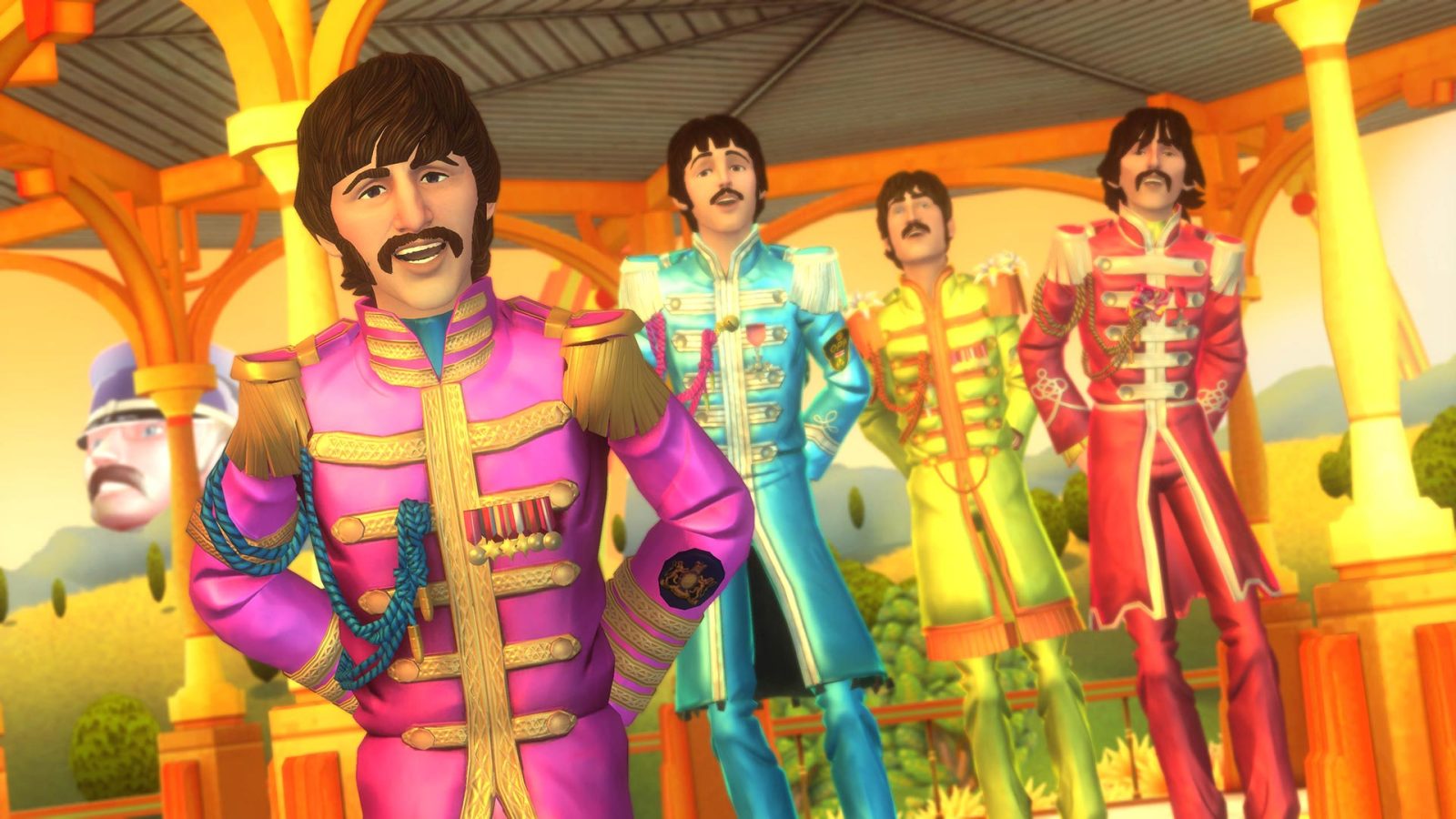 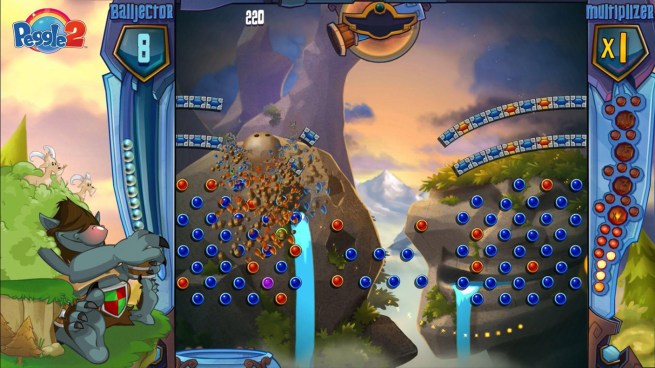 You love games, but your girlfriend or wife doesn’t. My goal is to change that. This week, 9to5Toys is debuting Gaming For Couples, a new weekly column looking at great games for couples to play together. We’re not necessarily going to pick the newest or hottest games for this column — instead, we’re going to suggest titles that are reasonably priced, made for both girls and guys, and widely available.

Our first edition looks at two picks just in time for the holidays: the Peggle franchise and The Beatles: Rock Band, both from Electronic Arts.

We’re starting Gaming For Couples off with the Peggle games because they’re the most gender-agnostic and approachable games we’ve played in the past five years. They’re also incredibly fun, very affordable, and easy to use as a test of whether your significant other will ever be willing to pick up a game controller.

How Do You Play? The basic play mechanic is ultra easy: make a ball fall from the top of the screen to the bottom, eliminating as many red pegs as possible on the way down. Green pegs trigger temporary special powers that eliminate more pegs at once, and purple pegs give you bonus points. Blue pegs are fillers that rack up smaller numbers of points, impeding your aim until they’re eliminated. 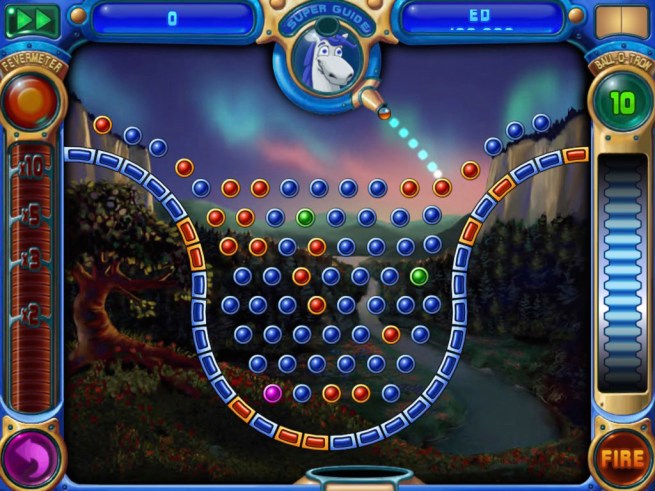 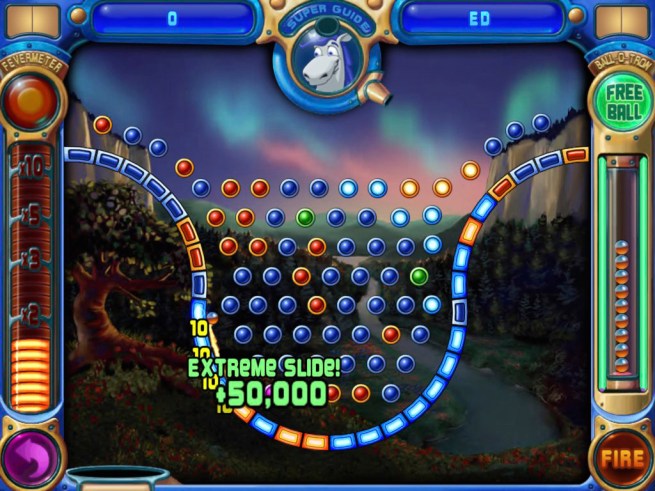 Why Is It Great For Couples? First, the Peggle games are funny. Each game includes a collection of “Peggle Masters” – cartoony, mostly animal helpers who give you special powers and crack jokes between levels. They and their matching background art give every Peggle game character and charm.

Second, anyone can play because there’s nothing more to do than point the ball at the top of the screen on the angle of your choice and press the button to fire it downwards. Winning is simply a matter of making sure your 10 shots clear all of the 25 (or more) red pegs on screen.

And third, it’s very easy to play either cooperatively or competitively. Most of the games have a Two-Player Duel mode where two players take turns shooting the ball, and the winner is whomever scores the most points. Cooperating is as easy as handing off the controls to another person when trying to make it through a level or challenge.

Which Versions Should I Consider? 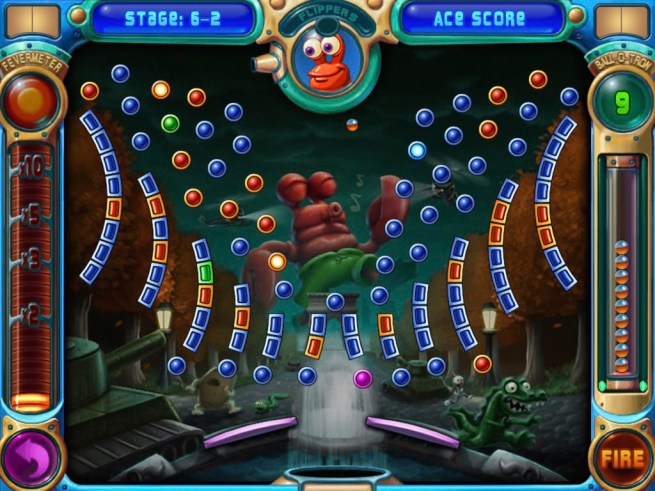 Peggle (Classic). Peggle is the first game in the series, and delivers a lot of game for the dollar. Normally $20, the PC version can now be had for $8 on disc or $2.49 via Origin digital download, which is also an option for the Mac. It’s $10 for the Xbox 360 ($5 for Xbox Live Gold members). Peggle is also available for iPhones and iPod touches as Peggle Classic and Peggle Classic HD. Each version is $1; Peggle Classic works on the iPhone and iPod touch, displaying in a window on the iPad, while Peggle Classic HD is optimized solely for the iPad. Both iOS versions are complete copies of the original PC/Mac Peggle, without any locked content. 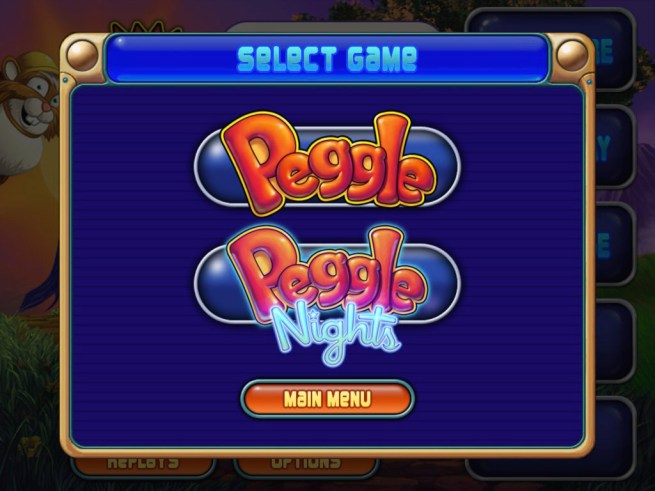 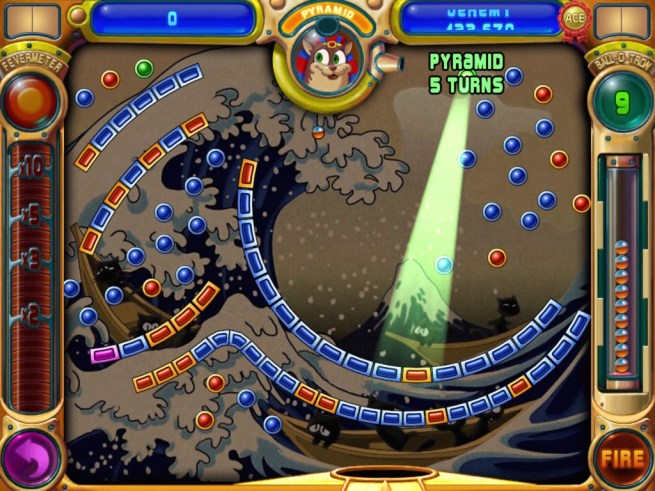 Peggle Nights. A half-sequel to Peggle, Peggle Nights shows the humorous dark/nighttime sides of the first game’s characters, with even better art and music, plus tons of new levels. Normally $20, the PC version can now be had for $10 on disc, or $2.49 via Origin digital download for PC or Mac. For Xbox 360, it’s sold as a $5 add-on to Peggle (or $2.49 for Xbox Gold members). For iOS, Peggle Nights is available as a $1 in-app download within Peggle Classic and Peggle Classic HD. 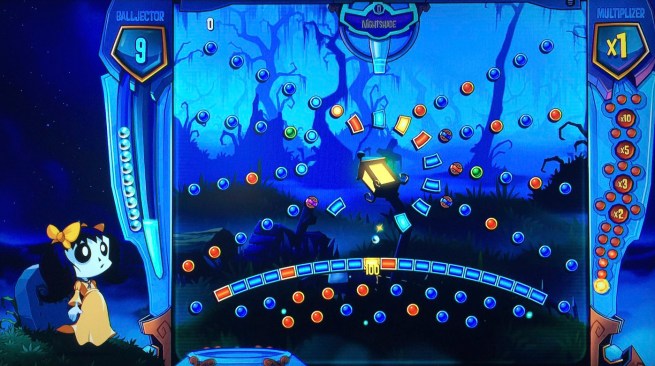 Peggle 2. Although it’s the true sequel to Peggle, Peggle 2 is shorter than its predecessors, and the art has switched to a flatter rather than detailed cartoony style. Five different Peggle Masters are unlocked sequentially, each with 10 levels and 10 challenge levels, plus a space-themed set of additional levels and challenges. Currently a console exclusive, Peggle 2 is available for $12 on the Xbox One, $12 for the Xbox 360, and $12 for the PlayStation 4. Each version notably arrives with two of its seven total Peggle Masters (Jimmy Lightning and Windy the Fairy) locked behind $2 in-app purchases, each with an extra 10 levels and 10 trials.

Peggle Blast. The latest Peggle release is a freemium game for iOS and Android, using a pay-to-play system that deeply upset many reviewers. It works on the iPhone, iPad, and iPod touch. You can play through the first 30 levels for free, but at that point you have to wait hours between sessions, pay for level unlocks, or harass friends in Candy Crush Saga style to help you out. Consider downloading Peggle Blast if you want to see what the series is like for free, but we would strongly advise spending your money on a harassment-free version. 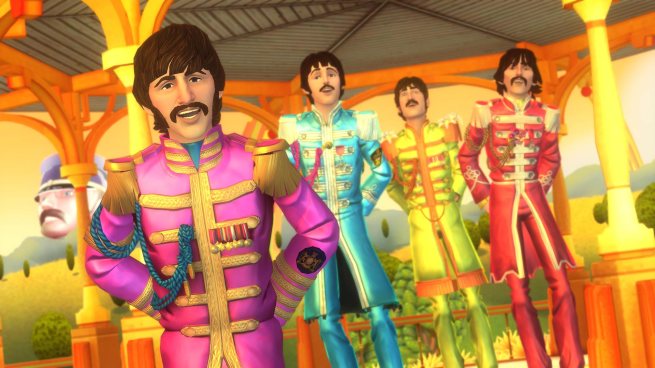 We picked The Beatles: Rock Band because The Beatles are the most popular band in history, and because this edition in the long-running Rock Band series was its absolute peak. Loaded with Beatles songs and incredibly beautiful music videos, it brings 45 of their best-known songs to life, letting you play along with the band using controllers or plug-in musical instruments. 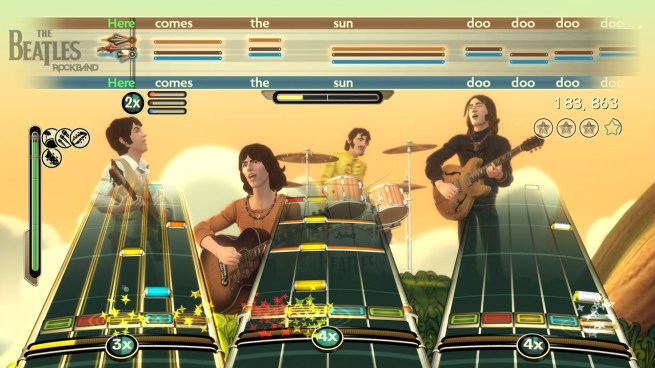 How Do You Play? Between one and six people can perform Beatles songs together using up to three microphones, a drum controller, and lead guitar/bass guitar accessories. Each person tries to hit as many of the original notes as possible for a given part: a drummer hits color-matched drumheads, a guitarist holds guitar fret buttons and hits a strum bar, and vocalists try to accurately maintain relative pitch, either following the lead vocalist or performing in harmony.

Why Is It Great For Couples? There are other versions of Rock Band out there, but The Beatles’ music is timeless, and the combination of realistic and psychedelic artwork in this title is just mindblowing. With assistance from the surviving Beatles and family members, developer Harmonix effectively created a collection of music videos for a band that had very few of its own. Just look at these clips to understand why it’s so amazing.

A cooperative mode lets two or more people perform any song in the game together, while two competitive modes let couples either alternate sections of a song, or alternate singing the entire song to see who scores best. There are also training modes to help new players get up to speed with the controls.

Which Versions Should I Consider? 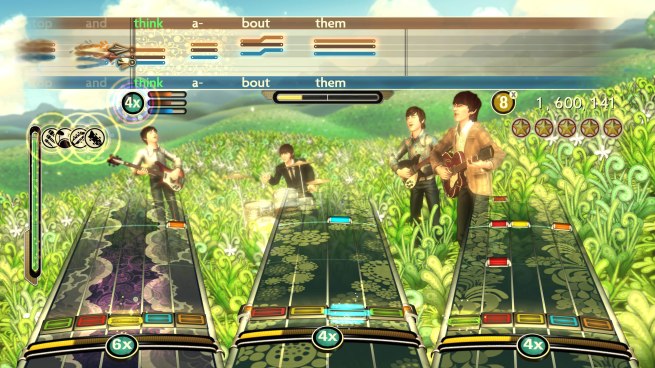 If you only want the game disc, you have a few options. Normally $20, the Xbox 360 version can be had for $14. Regularly $30, the PlayStation 3 version is on sale for $16. And the $30 Nintendo Wii version is available for $25. If you already have other Rock Band guitar, drum kit, or microphone accessories, you can use them with the disc-only versions of The Beatles here. Note, however, that if you don’t have these accessories, you can use a standard game controller to play along with the vocal tracks, but not the guitar or drum sections.

The Beatles: Rock Band is also available in premium bundles. A Limited Edition Premium Bundle includes the game, the Höfner bass guitar controller, Rock Band drums with Beatles branding, a microphone, and a microphone stand plus DLC. Another bundle, the Special Value Edition, comes with standard Rock Band guitar and drum kit controllers, a guitar strap, and a microphone. Be prepared for eye-popping prices for the bundles in “new” condition, so if you’re not looking for a potentially collectible-class package, consider getting them used from eBay.