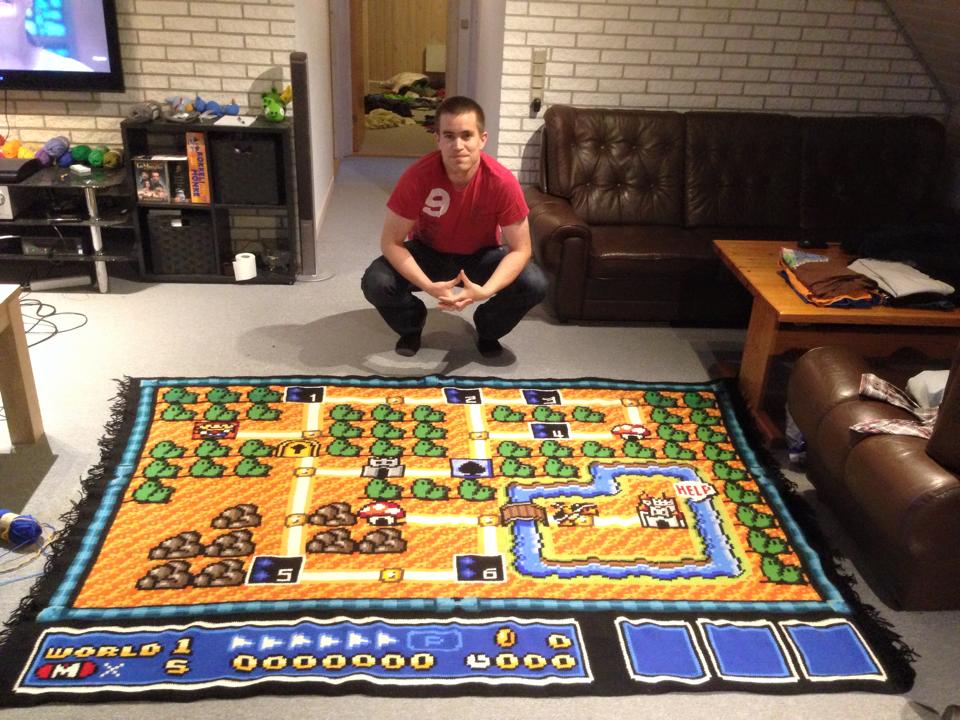 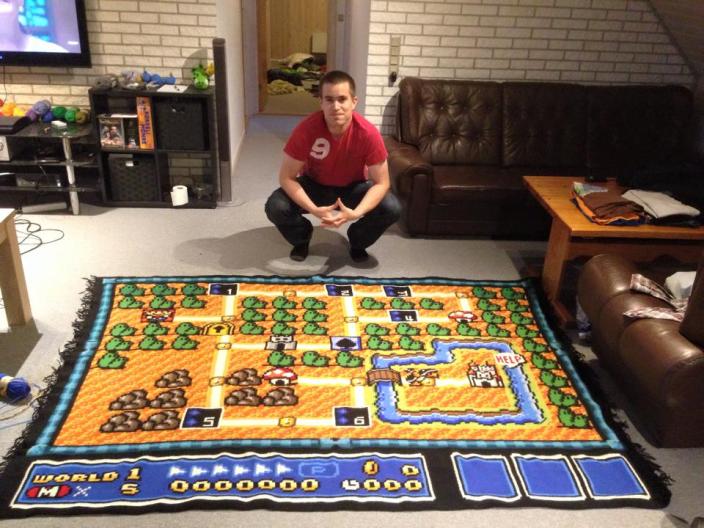 After more than 800 hours (spread across 6+ years) of crocheting and research, Norwegian computer programmer and skydiving champion Kjetil Nordin now has a giant replica Super Mario Bros 3 map made of yarn. While I guess there are many people that could knit a giant Mario Bros. map, and in a lot less than 6 years, Nordin went the extra distance.

It looks as though the piece is an exact replica of the World 1 map from the Super Mario All-Stars version of Super Mario Bros. 3. Not only does each element appear to be done with extreme care and detail, but Nordin spent a ton of effort sourcing yarn that is the exact same colors as the game. He apparently scrapped a large portion of the design, when the water surrounding the castle didn’t turn out to be the right color once assembled.

Here are some more shots of the piece along with a funny animation courtesy of a Reddit user. This certainly makes me want to see some vintage Mario Bros. DLC for Yoshi Wooly World.