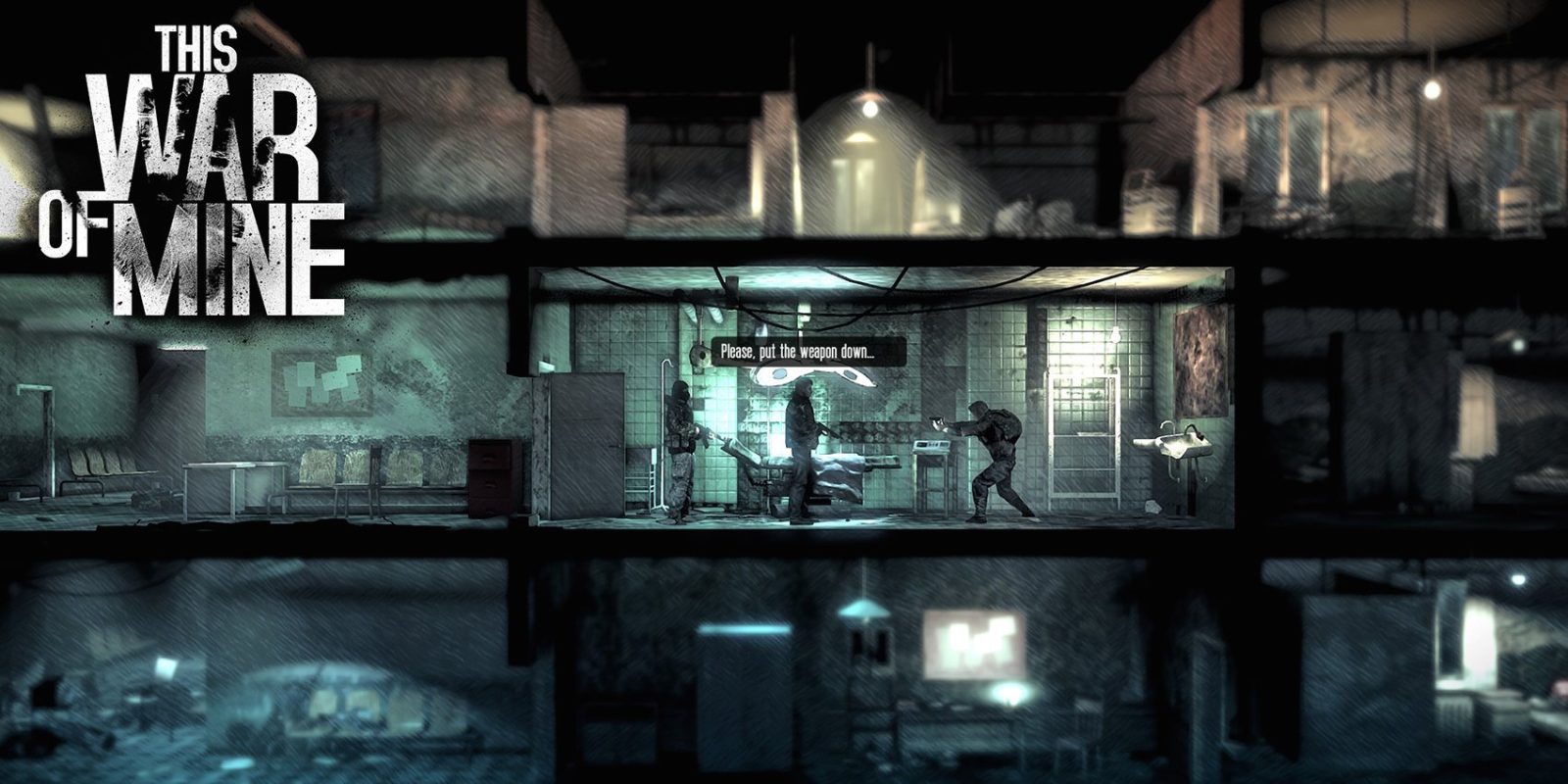 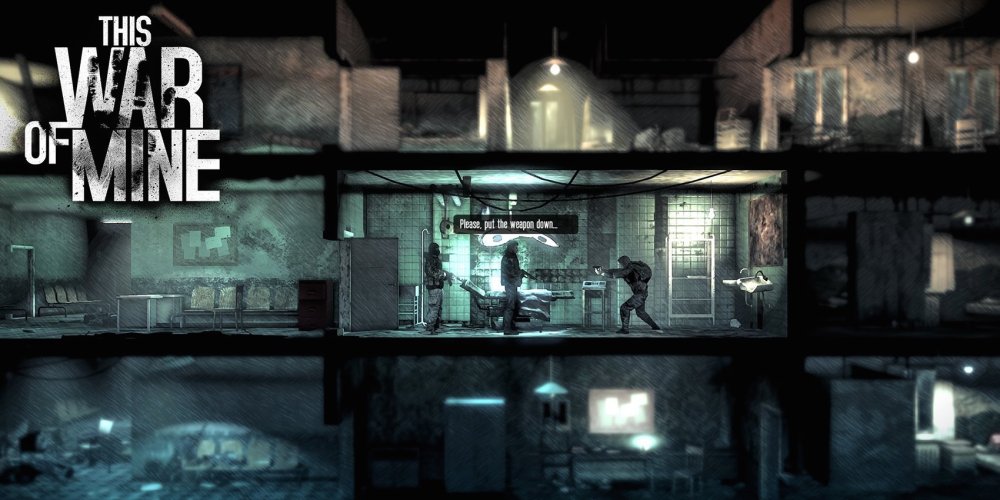 The unique survival-sim/strategy game This War of Mine is now available for $3.99 on iOS. Regularly listed as high as $14.99, this is the lowest we have ever seen the game offered for at the App Store. It has a 4+ star rating from over 1,400 reviewers.

Following a group of civilians trying to survive a besieged city during wartime, players are tasked with maintaining a hideout: “crafting, trading and taking care of your survivors.”  In This War Of Mine you do not play as an elite soldier, rather a group of civilians trying to survive in a besieged city; struggling with lack of food, medicine and constant danger from snipers and hostile scavengers. The game provides an experience of war seen from an entirely new angle.

The pace of This War of Mine is imposed by the day and night cycle. During the day snipers outside stop you from leaving your refuge…At night, take one of your civilians on a mission to scavenge through a set of unique locations for items that will help you stay alive.

Make life-and-death decisions driven by your conscience. Try to protect everybody from your shelter or sacrifice some of them for longer-term survival. During war, there are no good or bad decisions; there is only survival. The sooner you realize that, the better.

The latest free App of the The Week is right here and the rest of our best game deals can be found in the daily roundups. 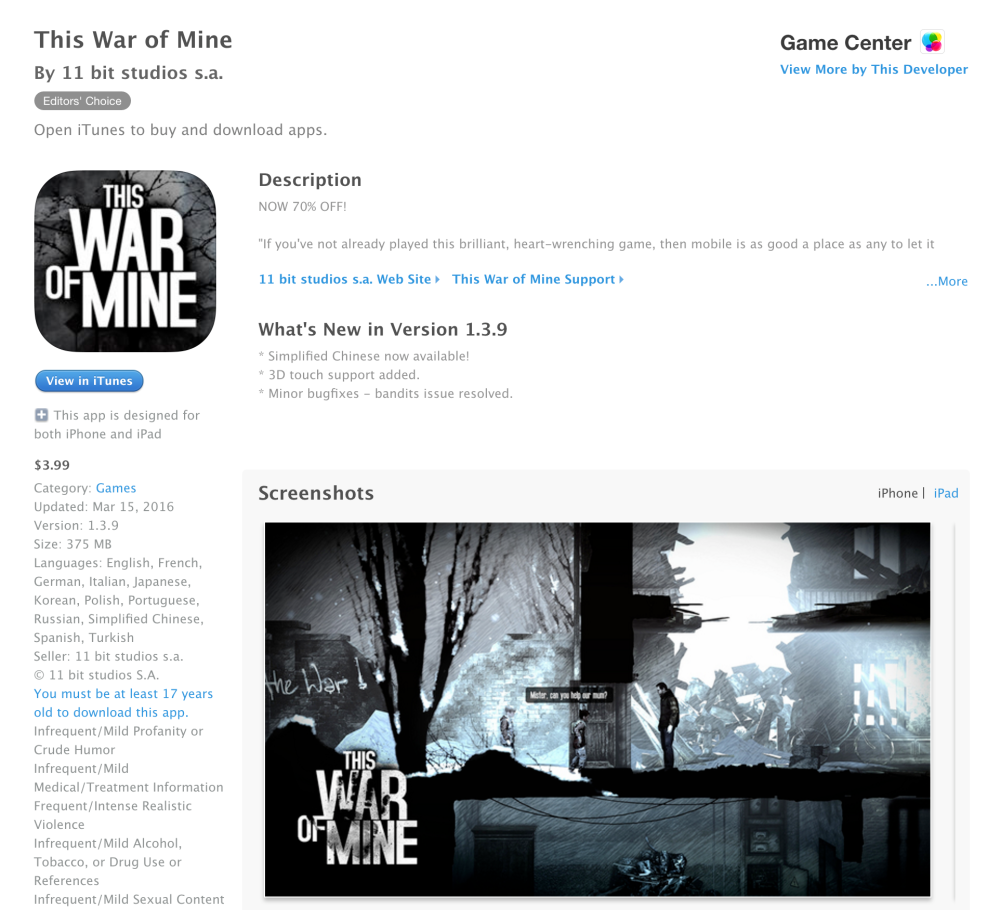