Affordable RCA 4K Android TV will be available in June, starting at $499 for 50-inch model 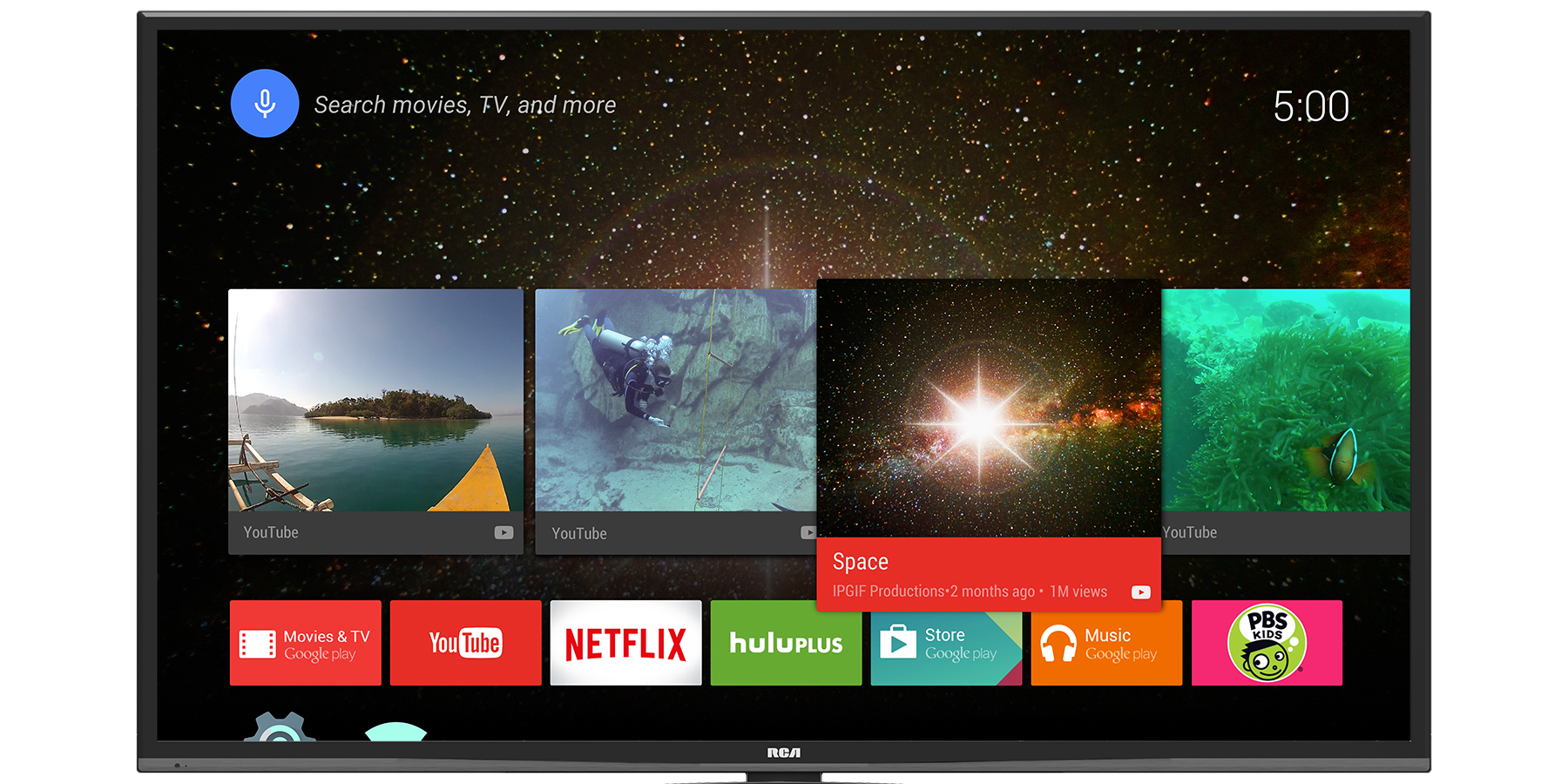 While Google’s latest approach to smart TVs involves Google Cast, Android TV is still around with new partners and models announced at CES earlier in the year. Now, RCA has revealed details and pricing for its new line of 4K Android TV sets that will be available in June.

All models across the line will have a 4K Ultra HD 120Hz panel. The flagship XLD55G65RQ set has a 55-inch screen, but it will also come in 50- and 65-inch models. Design-wise, each size will have two variants: a standard slim line with a modern high-gloss black cabinet and a premium metal slim line.

To address the lack of 4K content beyond a splattering of YouTube videos and Netflix, the sets have an “advanced upscaling engine to enhance lower resolution 1080p to near 4K quality.” Presumably, these sets will be on the latest Marshmallow version of Android TV that features a refreshed interface and launcher. Google will likely maintain Google Cast and Android TV in parallel, as Android TV includes full Cast capabilities and lets users download games and other apps from the Play Store to their televisions.