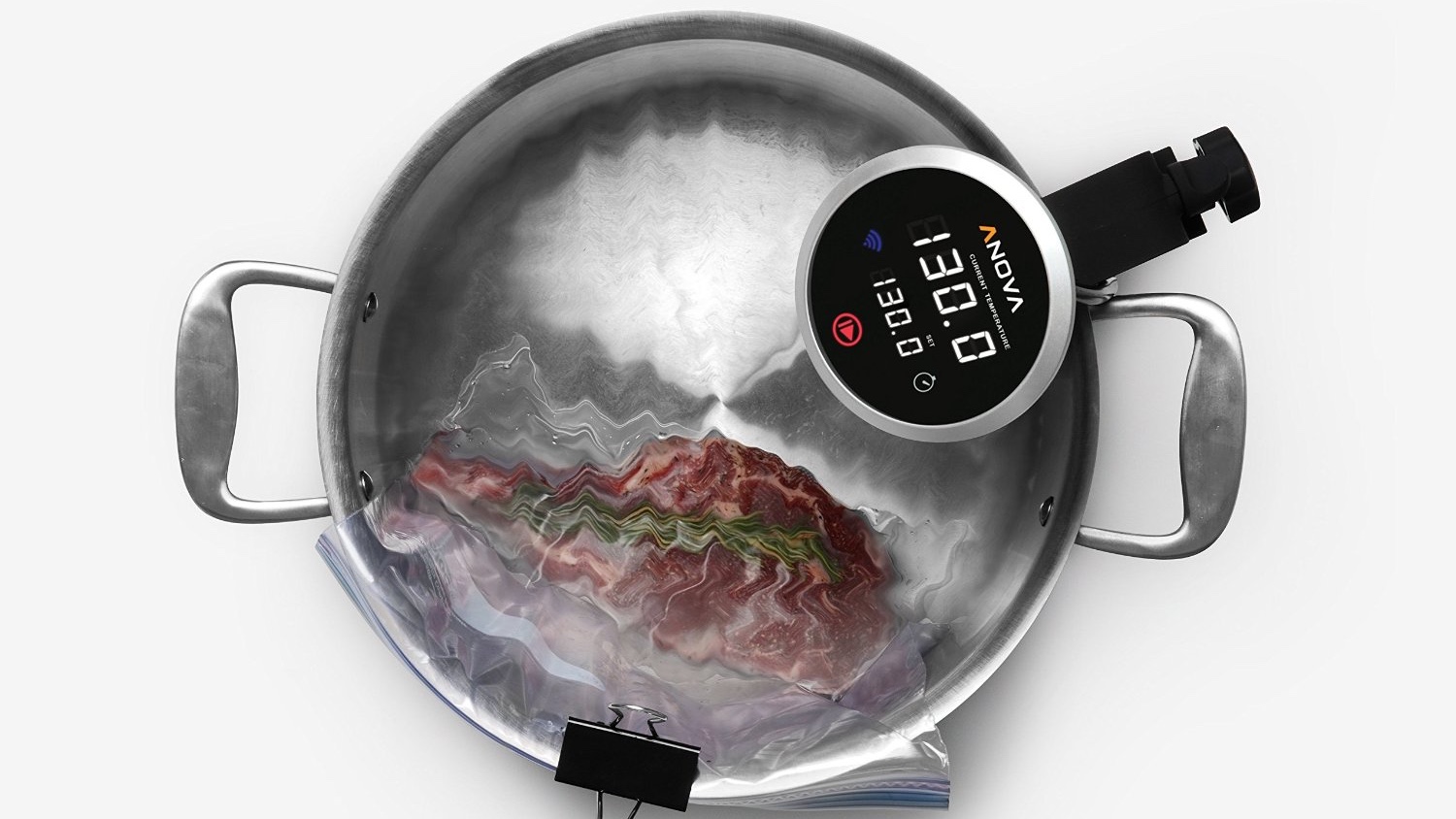 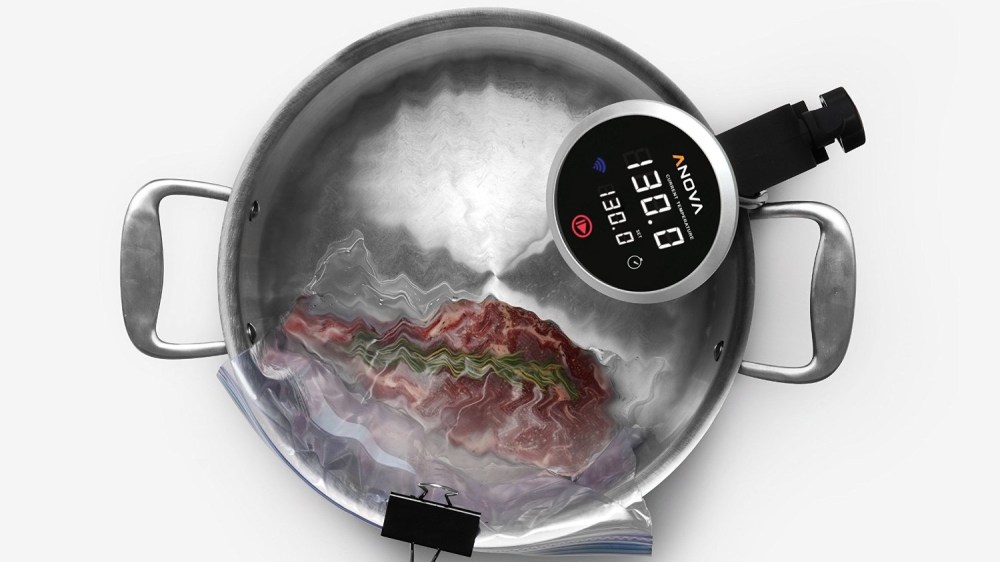 Update (5/3 9:10am): The Anova Sous Vide Immersion Circulator with Bluetooth is down to $129 shipped. That’s the lowest it’s ever been on Amazon.

Amazon is currently offering significant discounts on Anova’s Sous Vide Immersion Circulators. The Bluetooth model is now priced at $159 shipped (down from $179) and the Bluetooth + Wi-Fi model is just $169 shipped – or less with Subscribe & Save – (down from $199). Both models were slightly less expensive last week at Target, but that sale only lasted a few hours before selling out. Both deals represent the best current prices we can find. What’s more, the higher-end model has never been priced lower on Amazon.

Cooking with an immersion circulator (also referred to as sous vide) results in some of the juiciest and flavorful meats you will ever taste. Anova’s Precision Cookers work with your iPhone or Android device and receive glowing reviews.