While acoustic guitar players can just up and go play on the beach or the roof, or anywhere for that matter, it’s not so easy to lug around your Strat and an amp. Products like the Jamstik attempt to offer real players the most authentic experience possible with real strings and a proper, albeit tiny, fretboard. Since featuring the tiny mobile guitar, Jamstik has released an updated model but will now be getting some direct competition from the new Jammy.

In fact, it looks as though the portable smart guitar has pulled much of the best ideas from the Jamstik platform, including the companion app integration, while adding in a few tricks of its own…

Jammy is a digital portable smart guitar that features real steel strings and a compact fretboard (5 frets). It can be connected to the companion smartphone and tablet app that has a host of additional features including guitar lessons, tracks to jam to and more. In terms of hardware, clearly the most standout feature from the competition here is the slide-out, telescopic neck design.

When Jammy is “unstretched” or clasped together it measures about 12.5 inches in length. But you’re able to slide the neck out, essentially breaking the fretboard away to simulate a more standard playing setup. At it’s longest it’ll take up about 19.6-inches of space.

Maker RnD64 says the design of Jammy doesn’t sacrifice “the real guitar’s range”, but it is unclear how the slide out design and 5-fret combo allow for that, especially without app integration. Which leads out to another standout feature of the new smart guitar. It does not require the use of the companion app. While functionality is limited to the basic free-play mode, it is nice to be able to just pick it up, stick some headphones on and jam. Now what that will actually sound like, is another question (we don’t have the answer to just yet) all together. Although it will likely be some kind of basic preset-guitar sampler instrument. 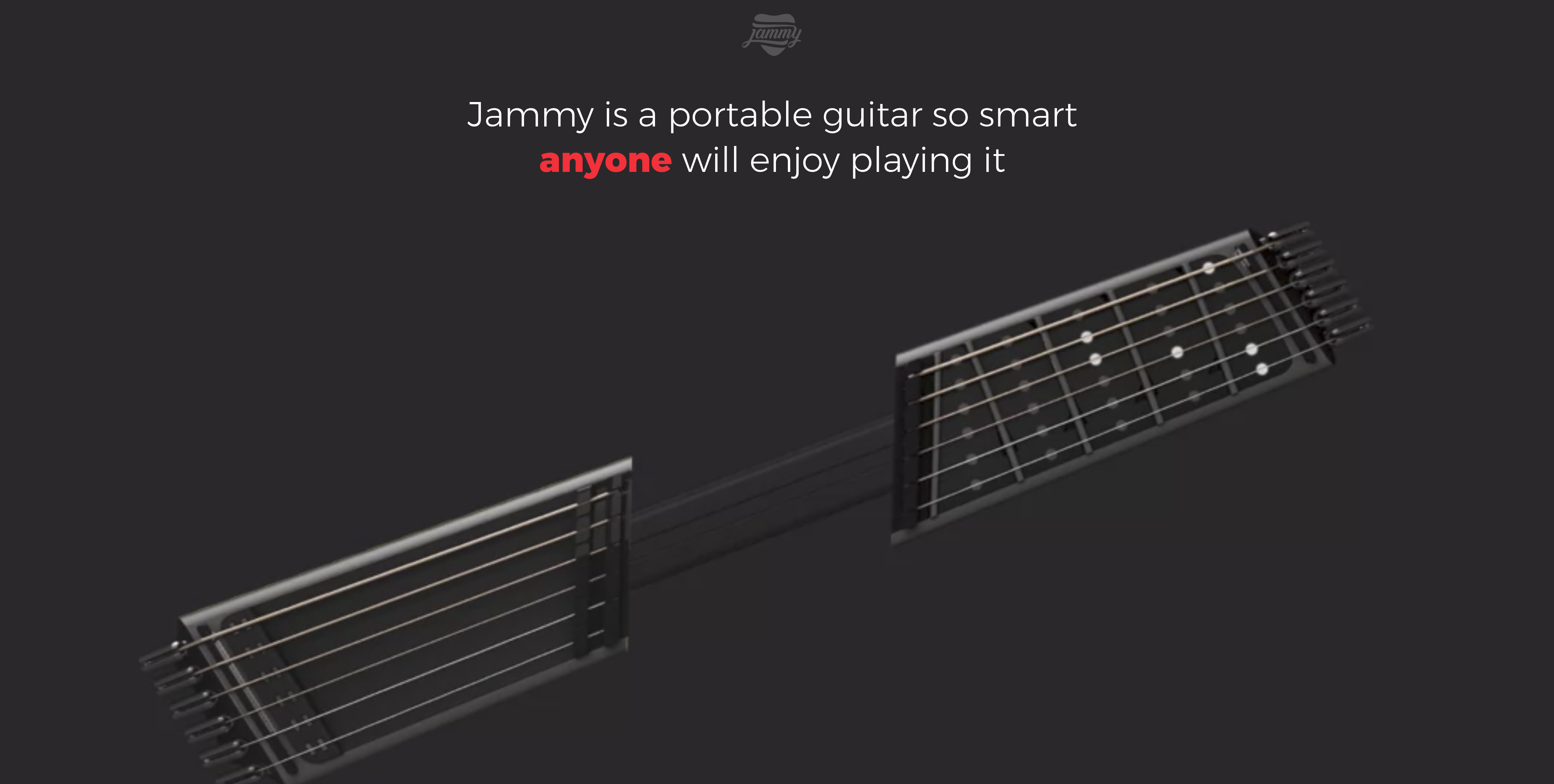 On top of that, it will have a traditional output so you can connect it to your giant Marshall stack and ruin the neighbor’s afternoon.

When connected to the app, Jammy has song and jamming modes that provide backing tracks and full songs for players to play along with across several genres. For beginners, the LED-lit frets connect to the smartphone/tablet app via Bluetooth to offer up simple lessons and more.

Details are still hard to come by at this point on Jammy, but it certainly looks promising. We still need more details regarding the way it connects to your devices and if there is Wi-Fi connectivity to your Mac like Jamstik.

It sounds as though it will be available come Q4 this year. Pricing is still unknown but with Jamstik and the newer Jamstik+ coming in at around $200 and $250 respectively, we would hope it is in this range. Over at the official site you can drop your email address in to grab one “as soon as it’s available and for a special price.”