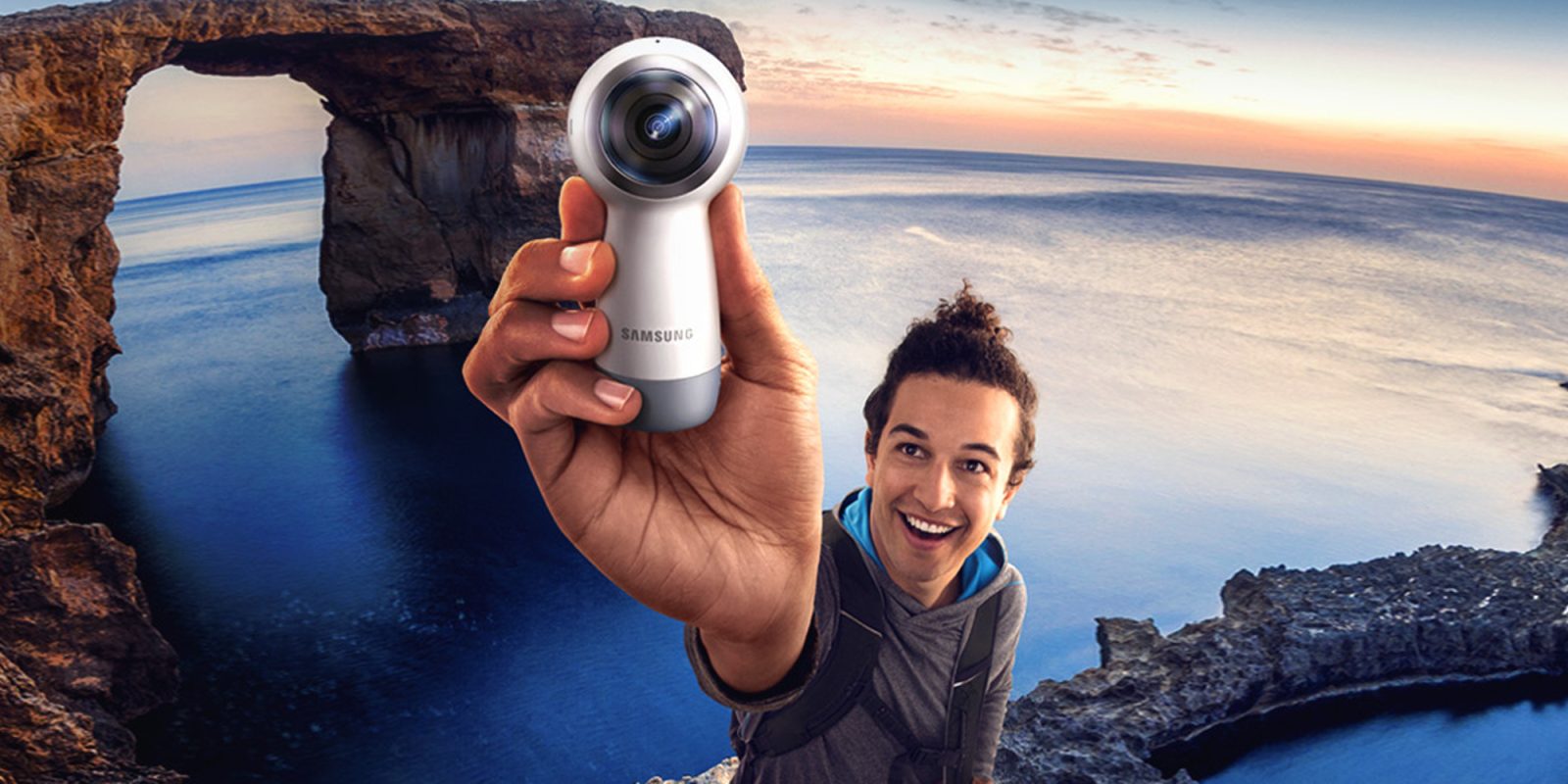 Verizon Wireless is offering the new Samsung Gear 360 for $229.99 shipped along with a $50 Visa gift card with your purchase. That brings down your effective final price to $180. This promotion works for all purchased accessories adding up to $200 or more. You can head on over to Verizon’s Promotion Center and use code 50BACK to get more info. Offer stands until 5/29. As another promotion, you can get this product for $49 when you get a new Galaxy S8 or Galaxy S8 Plus at Verizon. More details can be found at Samsung, and this offer lasts until 6/19.

Capture the scene from every angle in crisp 4K resolution with Gear 360. This pocket–sized camera films spherical, 360–degree scenes at quadruple the resolution of standard HD, so your videos have more detail in every direction. Share your videos on YouTube, Facebook, or immerse yourself in the scene with Gear VR. Gear 360 features two wide-angle 180 degree cameras. These two views are automatically combined into a single, continuous spherical panorama that captures every angle at once. 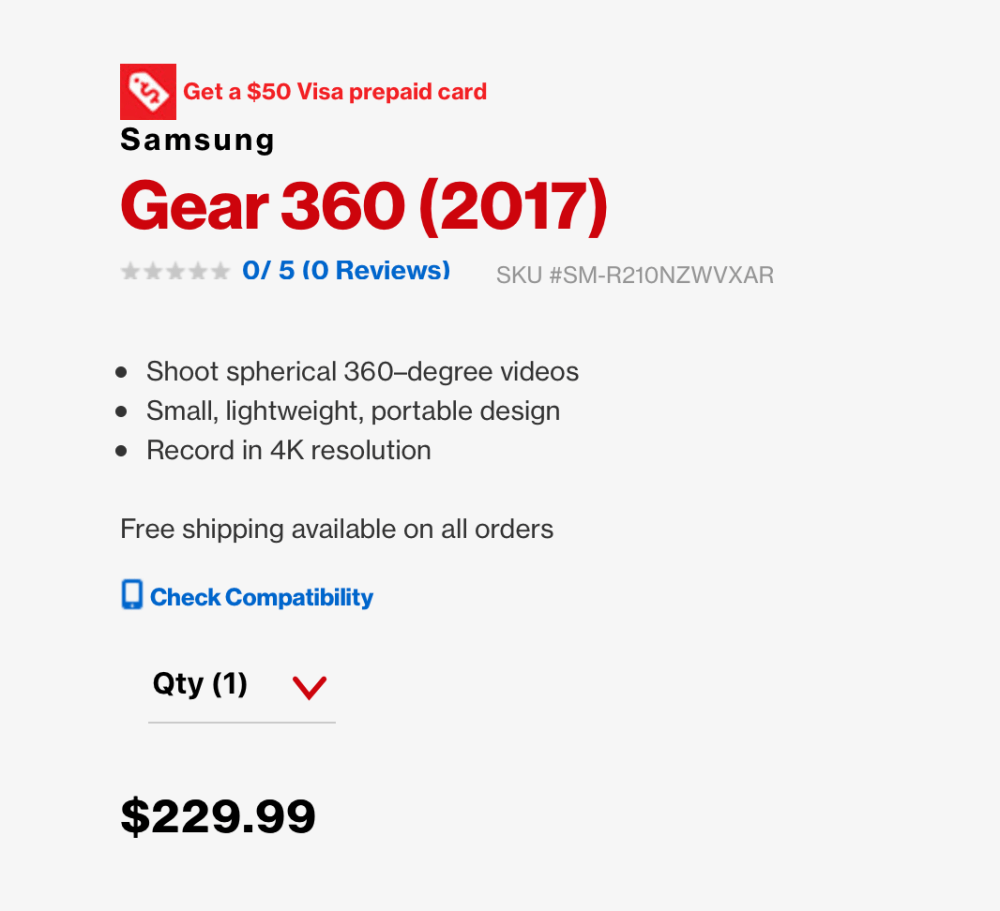 Get this deal
Reg. $230 $50 GC
You’re reading 9to5Toys — experts digging up all the latest technology and lifestyle deals, day after day. Be sure to check out our homepage for all the latest news, and follow 9to5Toys on Twitter, Facebook, and LinkedIn to stay in the loop. Don’t know where to start? Check out the best Apple deals, our daily podcast, and subscribe to our YouTube channel