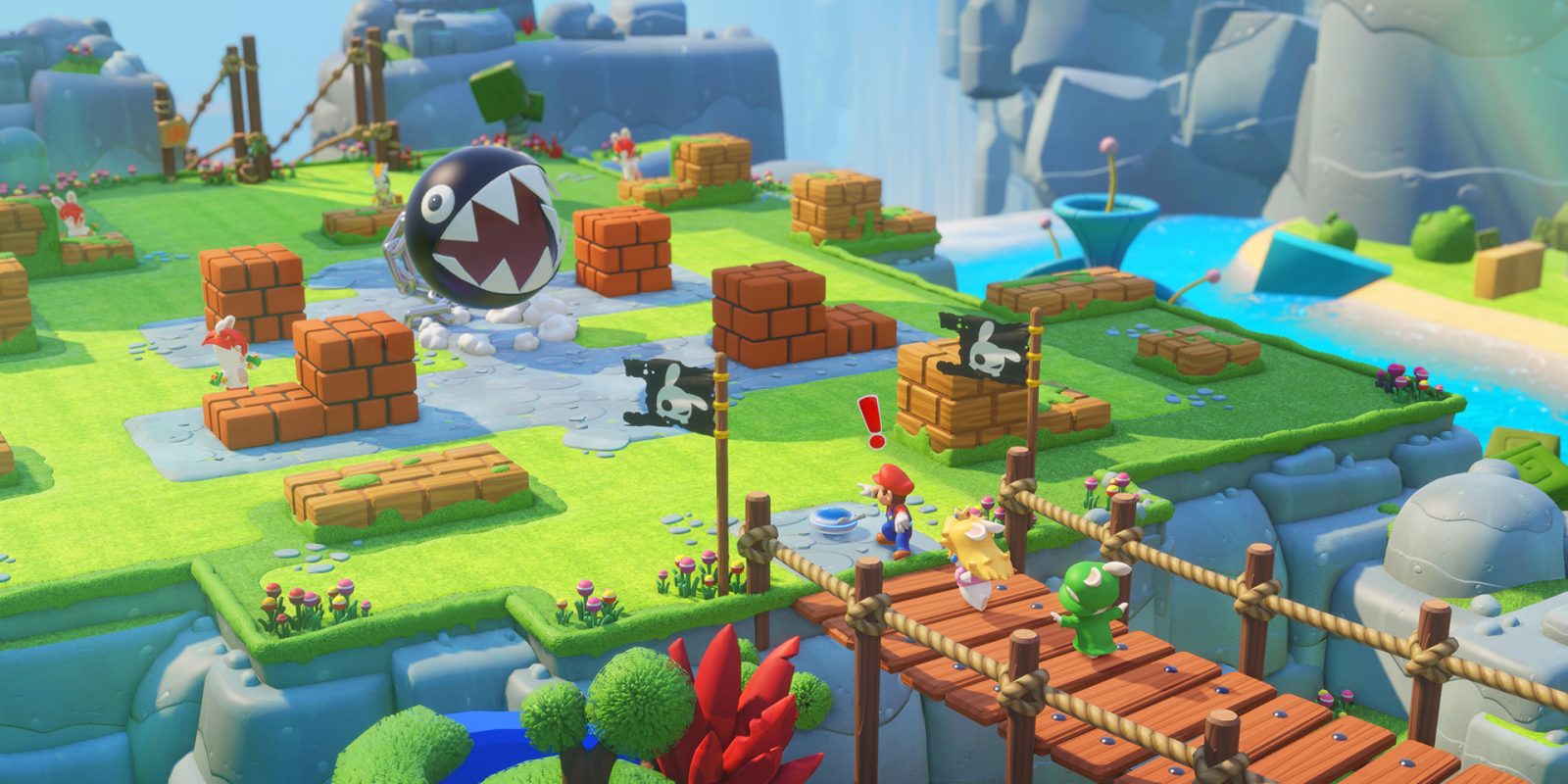 August’s biggest console releases are highlighted by the next entry in the Uncharted series as well as some new games for Nintendo Switch with Sonic Mania and Mario + Rabbids Kingdom Battle. The dinosaur-taming FPS Ark is finally officially coming to console and so much more…

Ark has become one of the biggest PC games around since it first launched as part of Steam’s Early Access program a couple years ago. In this fictional world, players must survive on an island filled with dinosaurs and other prehistoric creatures while trying to avoid other hostile players at the same time. If you ever wanted to fly a giant eagle while trying to survive velociraptor attacks in a beautiful open world, here you go. Oddly, the game will be jumping from $30 up to $60 once it does go live for consoles, but with everything the team has added and the work it took to port it, it’s not overly surprising.

The past two years have been one heck of a journey! Millions of ARK players worldwide have built gigantic bases, captured and trained armies of dinosaurs, crafted armories full of weapons and eaten billion of pounds of berries. With your help, we’re now about to reach the completion of core content for ARK: Survival Evolved and release the full game to the world!

Sonic Mania will be a true return to form for Sega’s most iconic character. We will be getting a much more streamlined, mostly 2D, action platformer, which is more or less exactly what we were asking for. While it will appear on multiple platforms, this will be a nice mid-summer release for Nintendo Switch owners who have spent too much time with Breath of the Wild now and already need a break from ARMS.

Sonic Mania has a pretty awesome collector’s edition already available on Amazon, but you can simply grab the $20 digital code if you’re just interested in the game.

Sonic Mania Switch/PS4/Xbox One/PC $20 and up

Some were initially skeptical of Lost Legacy for what looked to be a slapped together extension of a series Sony doesn’t want to let go of. After seeing more footage, it is hard to imagine that being the case. Naughty Dog has crafted what looks to be another masterpiece here, but with Chloe Frazer in the lead role. Although I’m very rarely a fan of any gameplay where there are two characters – one you are in control of and one not – Naughty Dog pulled it off quite well in the past with The Last of Us, so if anyone can do it, it’s them

Uncharted: The Lost Legacy $40 or $32 for Prime members

After being officially unveiled just a few months ago at E3 this year, the release date for Mario + Rabbids Kingdom Battle is approaching very quickly. Nintendo and Ubisoft dropped a new trailer yesterday and be sure to hit up our original launch coverage for more details.

The Mushroom Kingdom has been torn apart by a mysterious vortex, transporting the chaotic Rabbids into this once-peaceful land. To restore order, Mario, Luigi, Princess Peach, and Yoshi must team up with a whole new crew: four Rabbids heroes! Together, they will battle with weapons through four worlds filled with combat, puzzles, and unpredictable enemies.

Some honorable mentions go to Resident Evil: Revelations on PS4 and Xbox One which is dropping on the 29th right after Madden NFL 18 releases on the 25th. But before that you can expect Nidhogg 2 to hit on August 15th, which is the same day Saints Row developer Volition will drop its latest superhero action game: Agents of Mayhem.