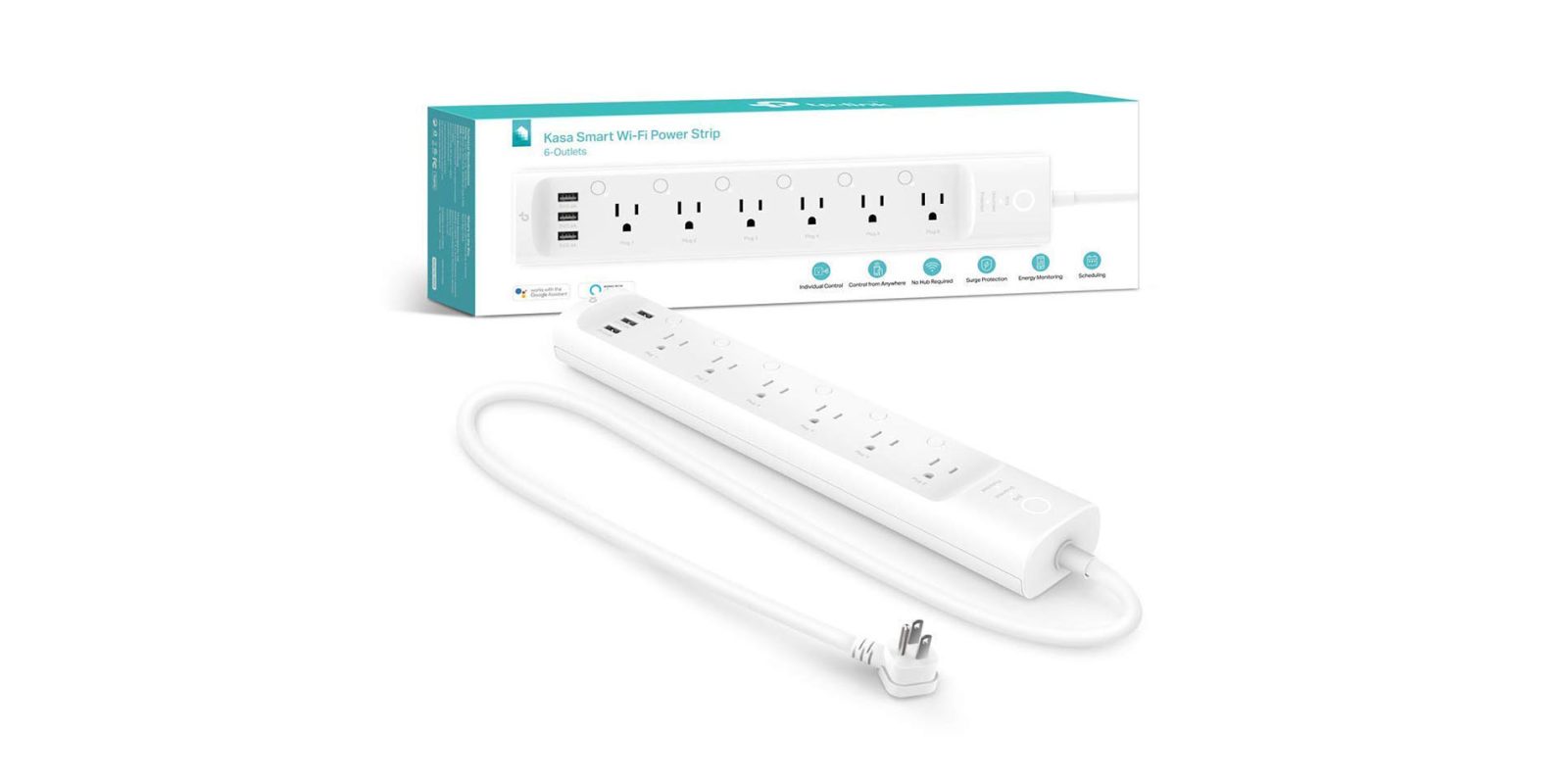 With smart speakers such an Amazon Echo or a Google Home, controlling your smartphone is one of the handiest ways to use it. Today, TP-Link has announced a new smart power strip for home control, and it’s pretty awesome…

One basic way to control your smart home is through WiFi connected plugs that can toggle on or off the power to a traditional device with a simple voice command. These plugs are generally around $30 a piece, making it a bit expensive to control a lot of different devices. Now, the TP-Link Kasa smart power strip is making that way more affordable.

This new power strip costs $79.99 and lets you individually control each of its six outlets using Google Assistant, Amazon Alexa, or Microsoft Cortana. Apparently, support for Apple HomeKit is also in the works. With the TP-Link Kasa app users can also note exactly how much power is being used by each plug as well as being able to turn power on or off. The strip also features three 2.4v USB ports which are always on.

The TP-Link Kasa smart power strip is available from Amazon starting today for $79.99.