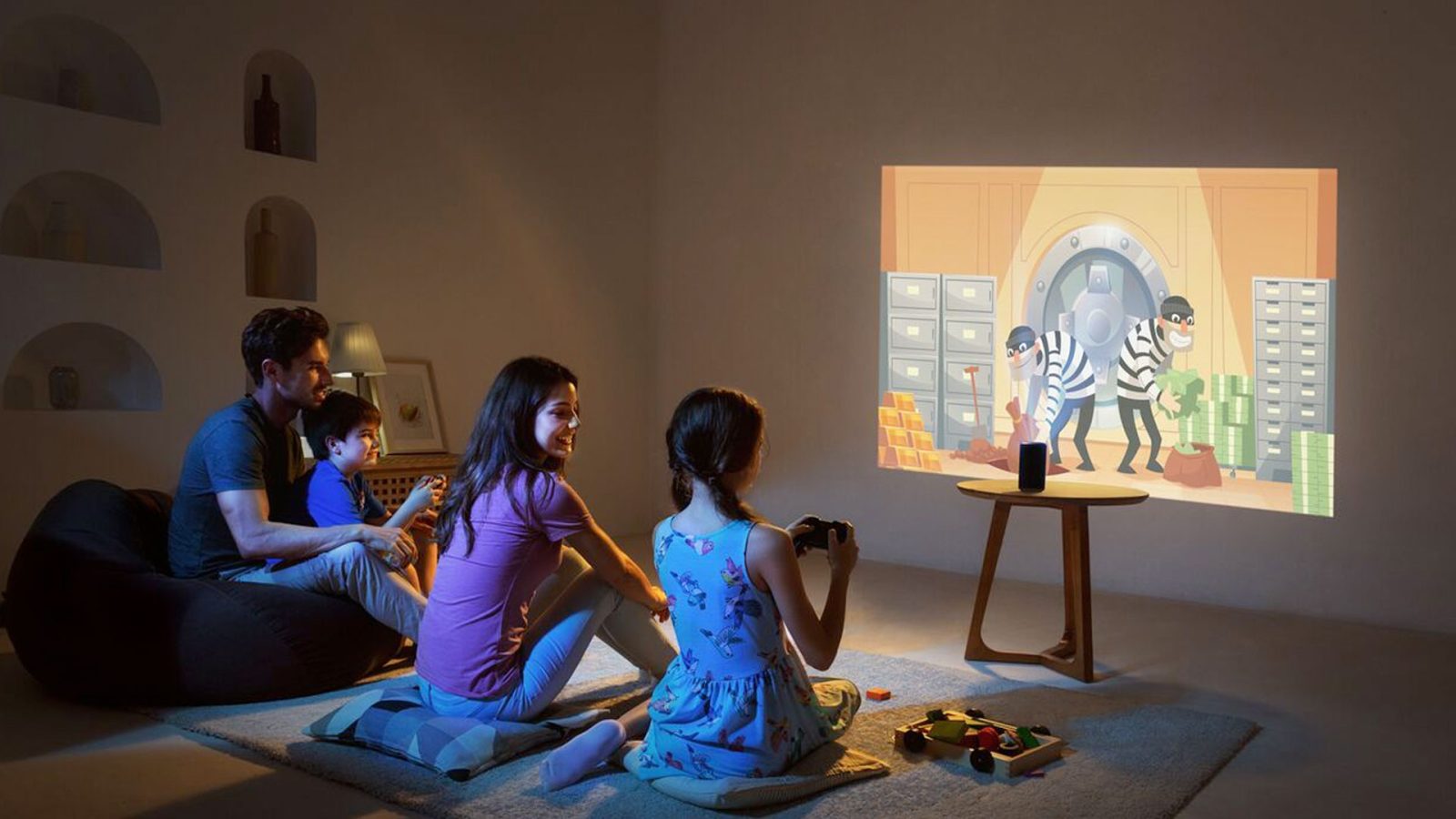 Today, Anker announced three new additions to its product lineup. You have the Nebula Capsule II, an update to the company’s projector. The PowerPort Atom PD 1, its smallest 27W USB-C PD charger yet. And lastly the SoundCore Model Zero+ portable speaker with Dolby Audio.

The Anker Nebula Capsule was a great option for those who wanted a small form factor and packed AirPlay, Chromecast, and more. With 2.5-hours of usage on a single charge, it was a great portable projector option. One of the biggest downsides, however, was that it used MicroUSB for power.

The Nebula Capsule II changes that as it’s now powered by USB-C. The changes don’t stop there, however. The Capsule II now runs Android TV, giving users a wider range of content options. 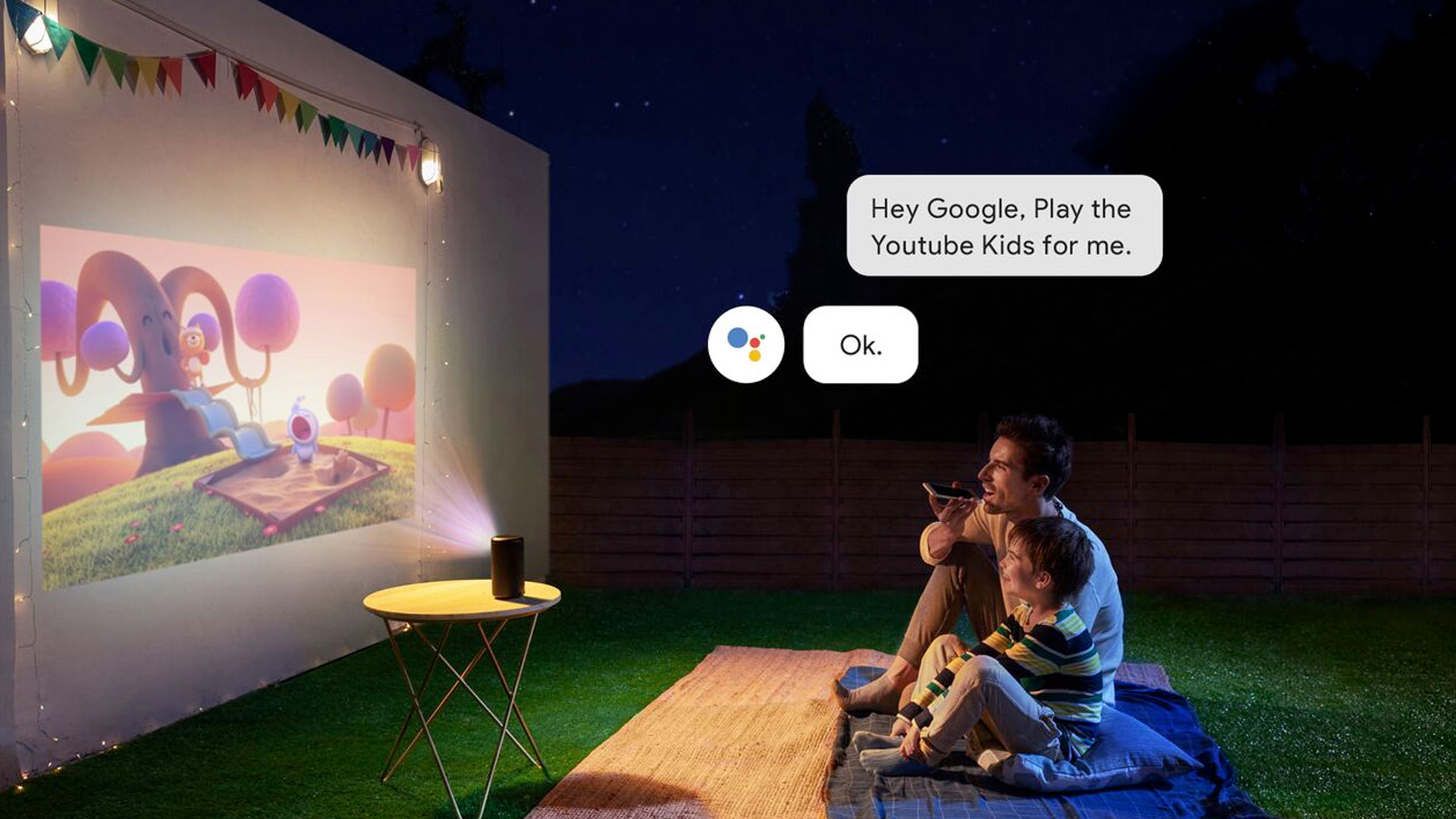 You’ll still have a very small and portable projector, coming in at just 5.9-inches high and displaying a 720p image at 200 Lumens. You’ll now have 3 hours of video playback and can get a full charge in just 2.5-hours over USB-C.

Thanks to Android TV being built-in, you can just say “OK Google, Play Netflix” and the Nebula Capsule II will spring to life. The Kickstarter will start on October 26th and begin with pricing at $349 for Super Early Birds, $369 for Early Birds and the Kickstarter exclusive pricing is $399. 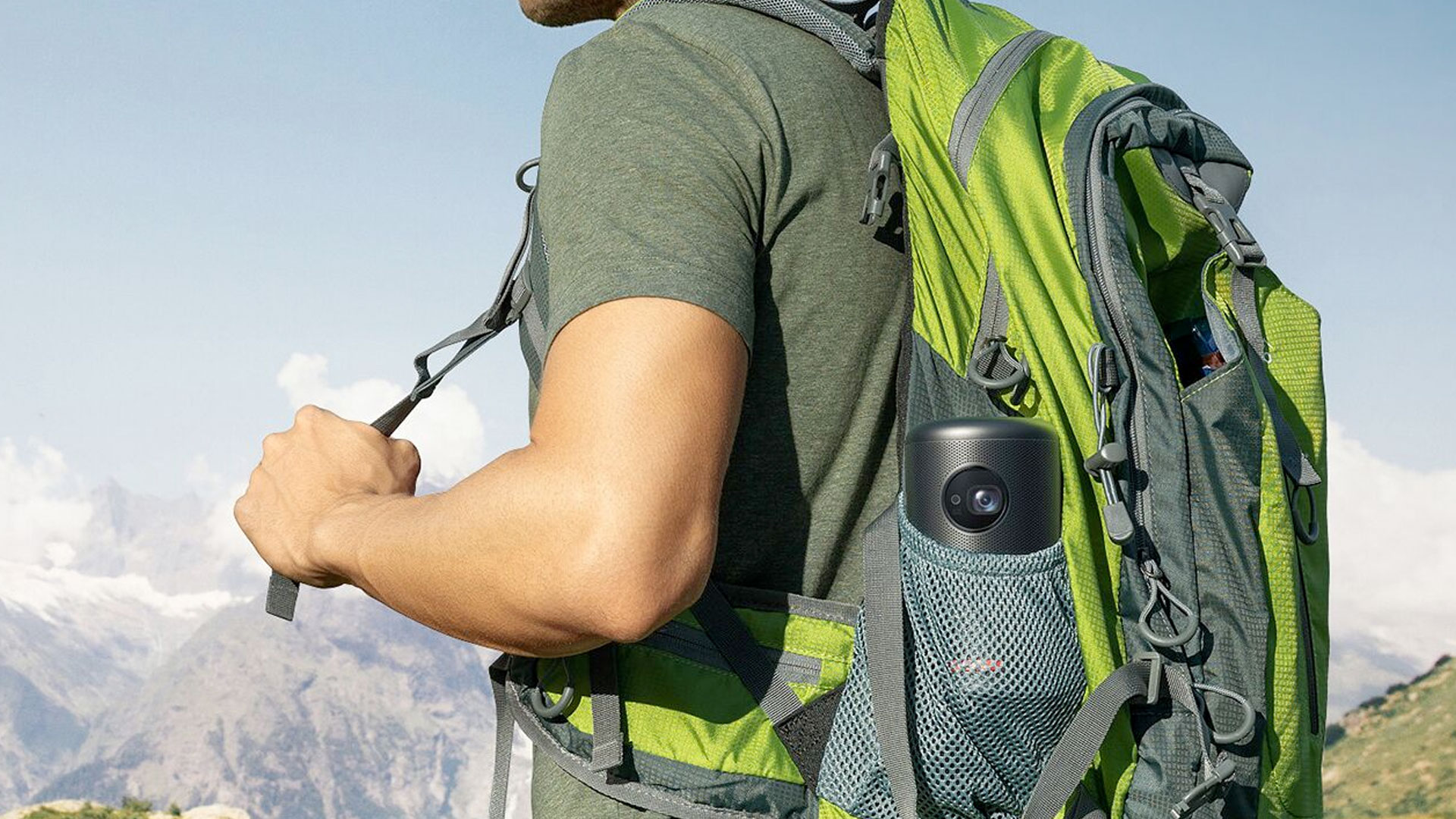 One of the things Anker is known for is power accessories. This is the “first charger on the market” to use Gallium Nitride (GaN) components compared to more traditional silicon offerings. Silicon is “bulky and not very efficient” according to Steven Yang, CEO of Anker Innovations. Steven went on to claim that silicon would waste close to 20% of total potential power through heat, which GaN helps to solve.

The PowerPort Atom PD 1 will launch on Amazon at the end of November for $29.99. 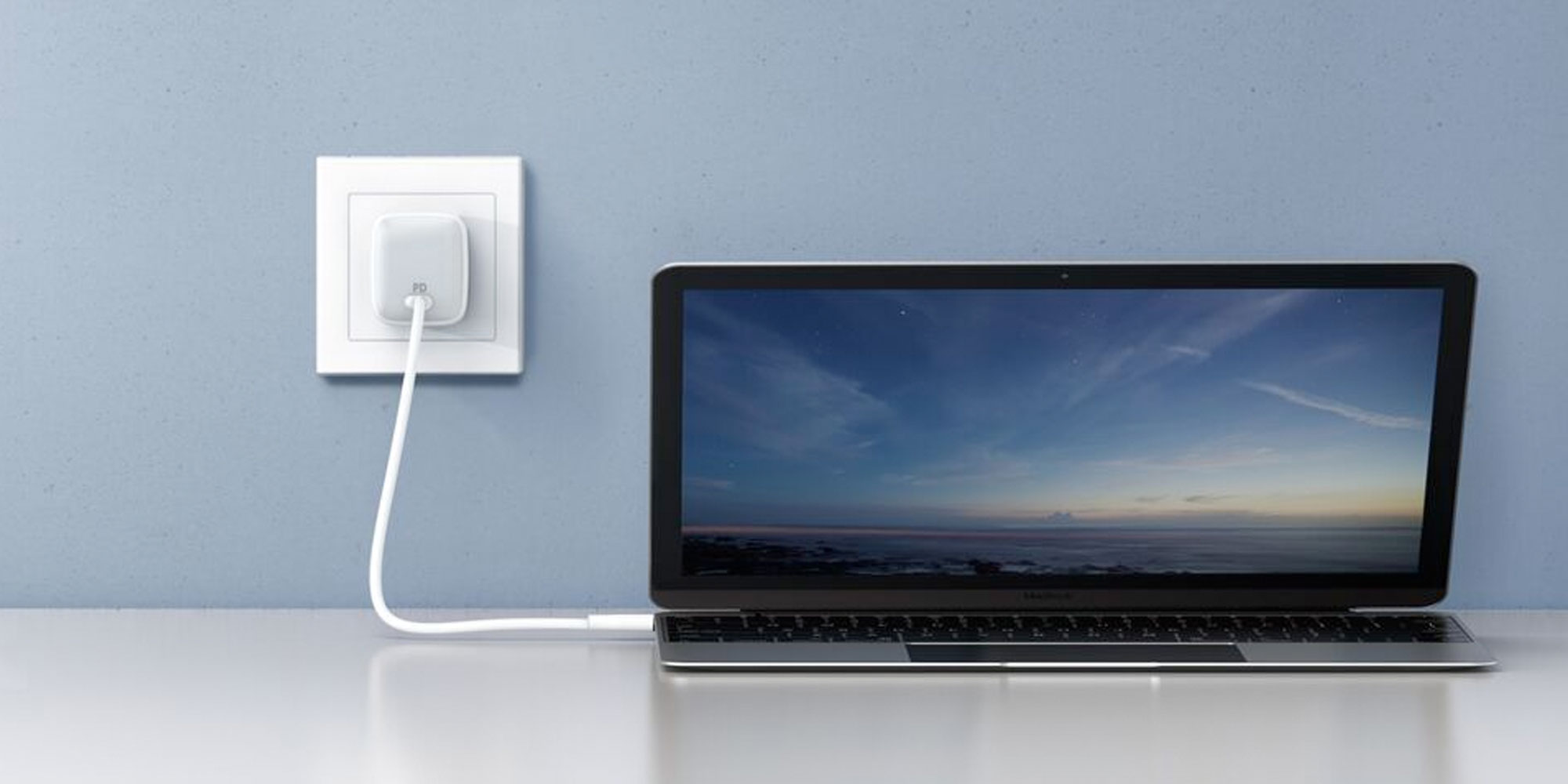 Anker’s SoundCore brand is known for its quality audio products. The Model Zero+ is a new portable home speaker that has a sound-centric shape and Dolby Audio. Anker claims that this is the “first portable wireless speaker to integrate Dolby Audio” which will help deliver crystal clear sound. The speaker drivers were “Designed by Scan-Speak”, another first according to Anker. 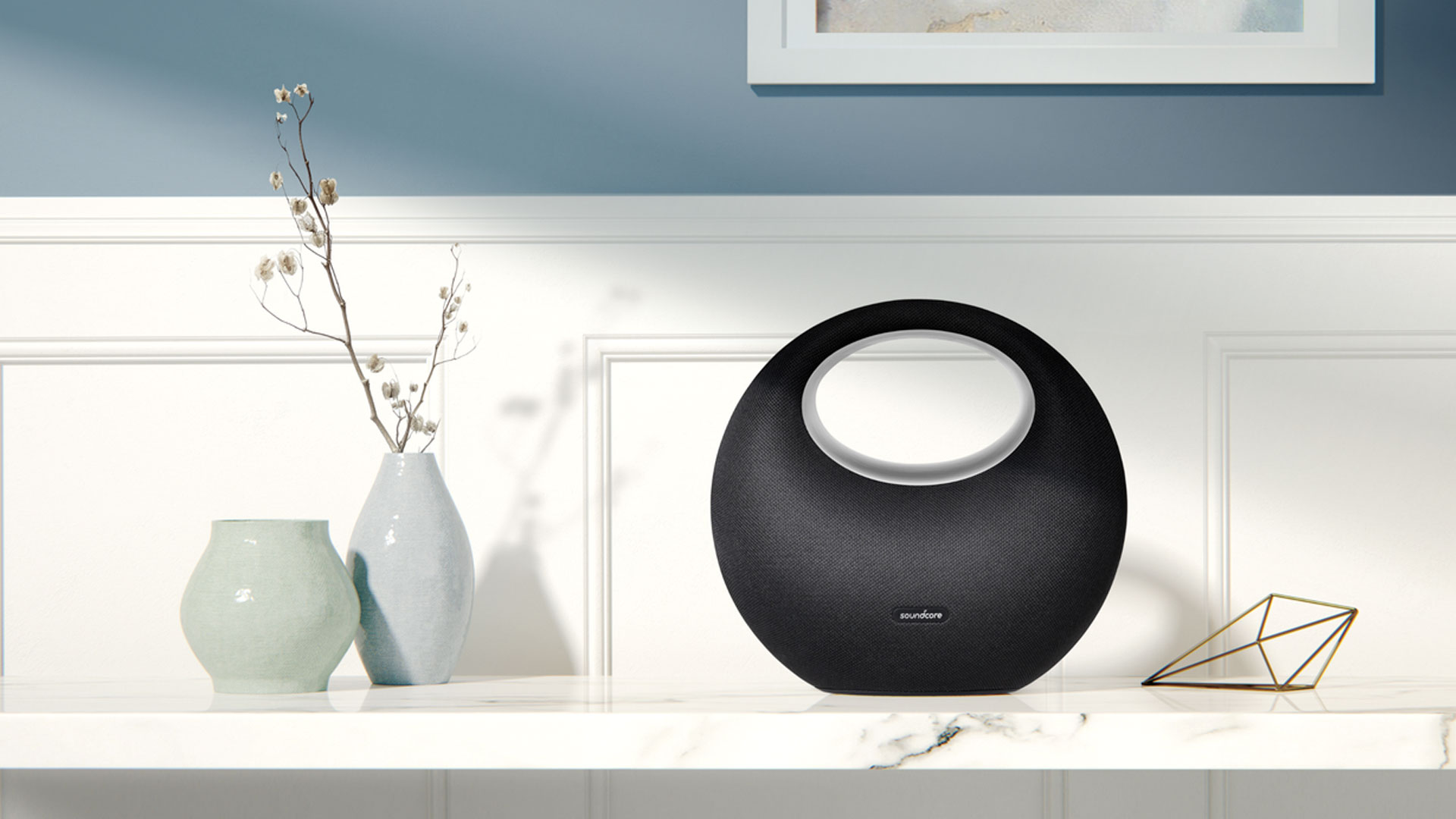 The SoundCore Model Zero+ also packs Google Assistant built-in. This means, like the above Nebula Capsule II, you can just say “Ok Google, play Spotify” and have your tunes spring to life.