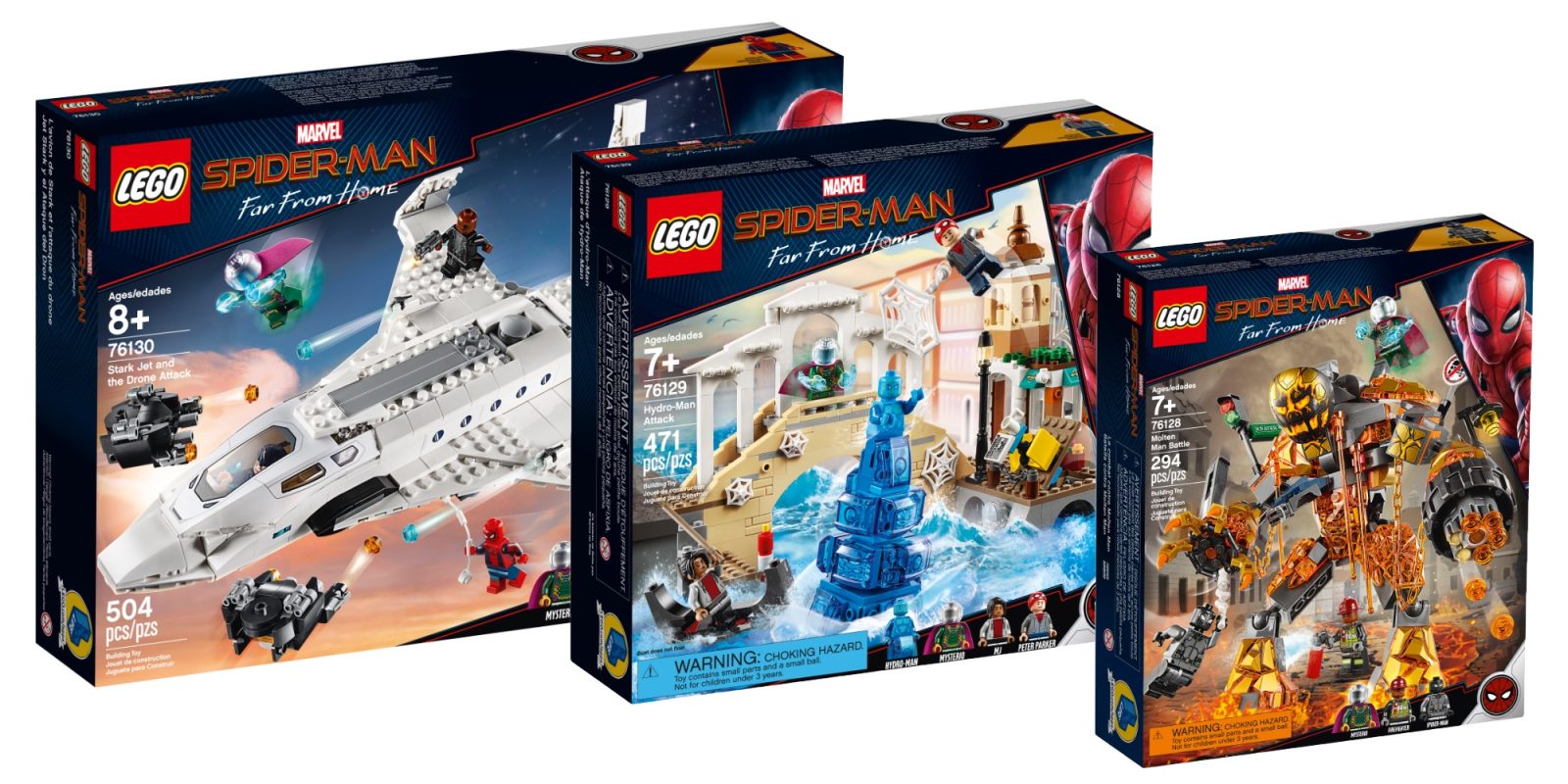 The new Spider-Man: Far From Home LEGO kits we got a first look at one month ago are finally available for purchase. Best of all, today we’re seeing 20% discounts across all three of the new kits, which are the first price drops we’ve seen. Most notably, Amazon offers the Stark Jet and the Drone Attack for $56 shipped. It’s also available at Walmart and stacks up to a $14 discount. This 504-piece build includes an all-new Spider-Man minifigure alongside the nine-inch long Stark Jet and other figures. You can also bring home Hydro-Man Attack for $32 as well as Molten Man Battle for $24. Head below for even more LEGO deals from $16.

If you’re looking to add the Far From Home kits to your LEGO collection and would prefer scoring a limited-edition build over the 20% savings, don’t forget that you can still get LEGO’s new micro-scale Avengers Tower as a freebie right now.

And don’t forget that we’re still seeing significant discounts on the all-new LEGO Star Wars Action Battle sets at all-time lows from $24 + more builds starting at $7 as well as 20% off the 20th Anniversary LEGO Star Wars sets from $24.

Team up with Happy Hogan, Nick Fury, Mysterio and Spider-Man for an action-packed aerial battle in LEGO Marvel Spider-Man 76130 Stark Jet and the Drone Attack. This fun construction toy features the Stark Jet with 2 stud shooters, adjustable wings, energy bomb storage compartment, dual minifigure cockpit with a rear passenger seat for Spider-Man and an opening hatch function. Press the button on the top of the jet to drop energy bombs or let Spider-Man swoop down on his spider web string. This cool building toy for kids also includes 2 stud-shooting drones and 4 minifigures for imaginative play and to recreate exciting scenes from the Spider-Man: Far From Home movie.