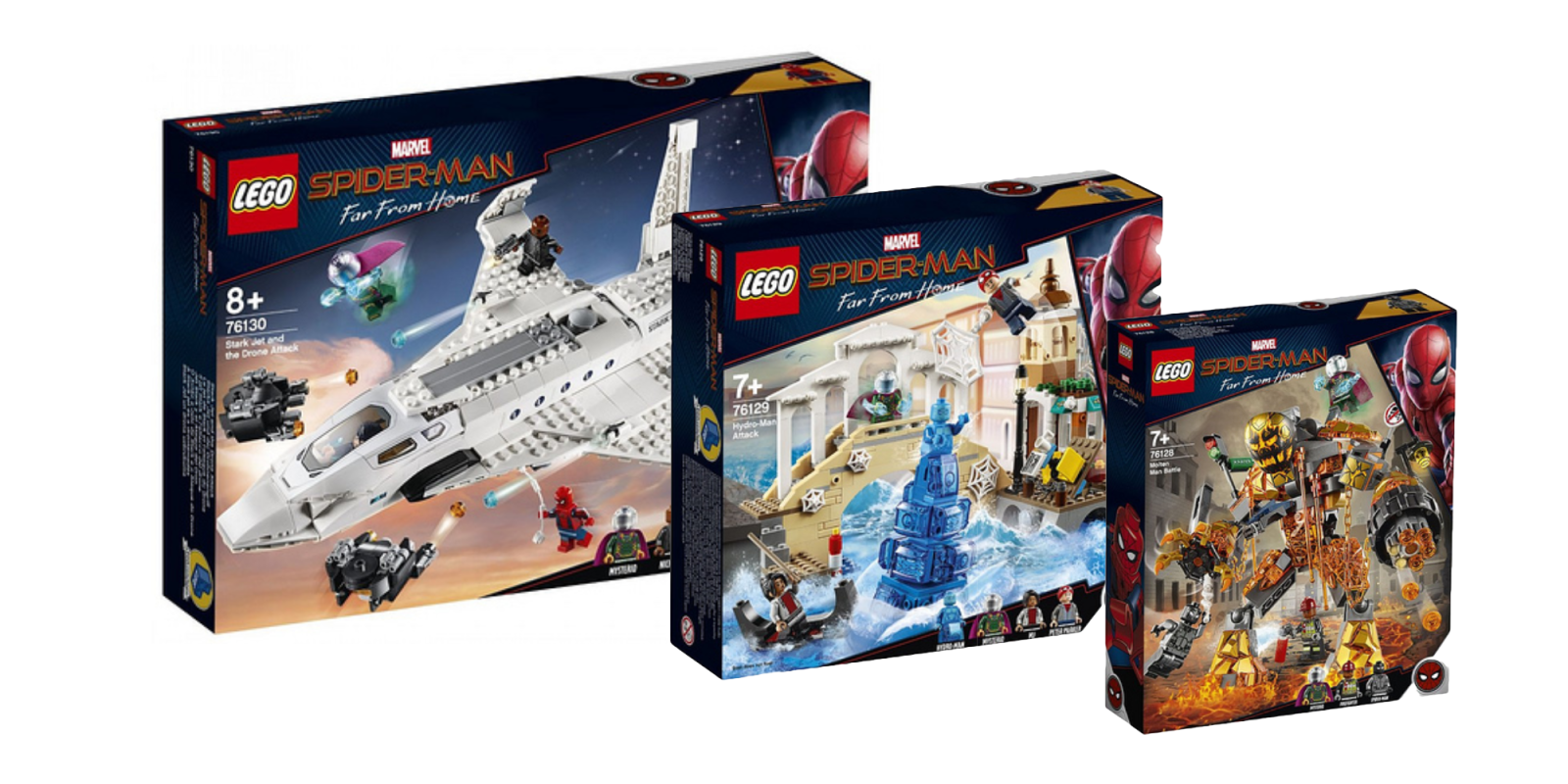 Update 4/9: LEGO has officially announced the three new Spider-Man kits which will retail for $29.99, $39.99 and $69.99. A release date still has yet to be specified, but we’ll be sure to update once more information is available.

This morning brought with it a new wave of collectible Disney minifigures from LEGO. Now we’re turning our attention to another Disney property, Marvel. LEGO Marvel Cinematic Universe-themed kits have been on a roll as of late, and today we’re getting a glimpse at a wave of upcoming Spider-Man releases. Packed with notable minifigures, the new builds offer a brick-built look at life after Avengers: Endgame. Head below to see all three of the upcoming LEGO Spider-Man: Far From Home sets.

While past LEGO leaks have come to us via LEGO themselves and foreign Amazon storefronts, today’s is thanks to Ukrainian toy site Playzone.

The upcoming wave of Spider-Man: Far From Home LEGO kits includes three different builds. Each of the different sets focuses on a different Elemental, beings that appear to be some of the major villains of the film. The series of tie-in sets all have decent part counts, starting at just under 300 pieces and climbing to over 500. The three upcoming kits include: 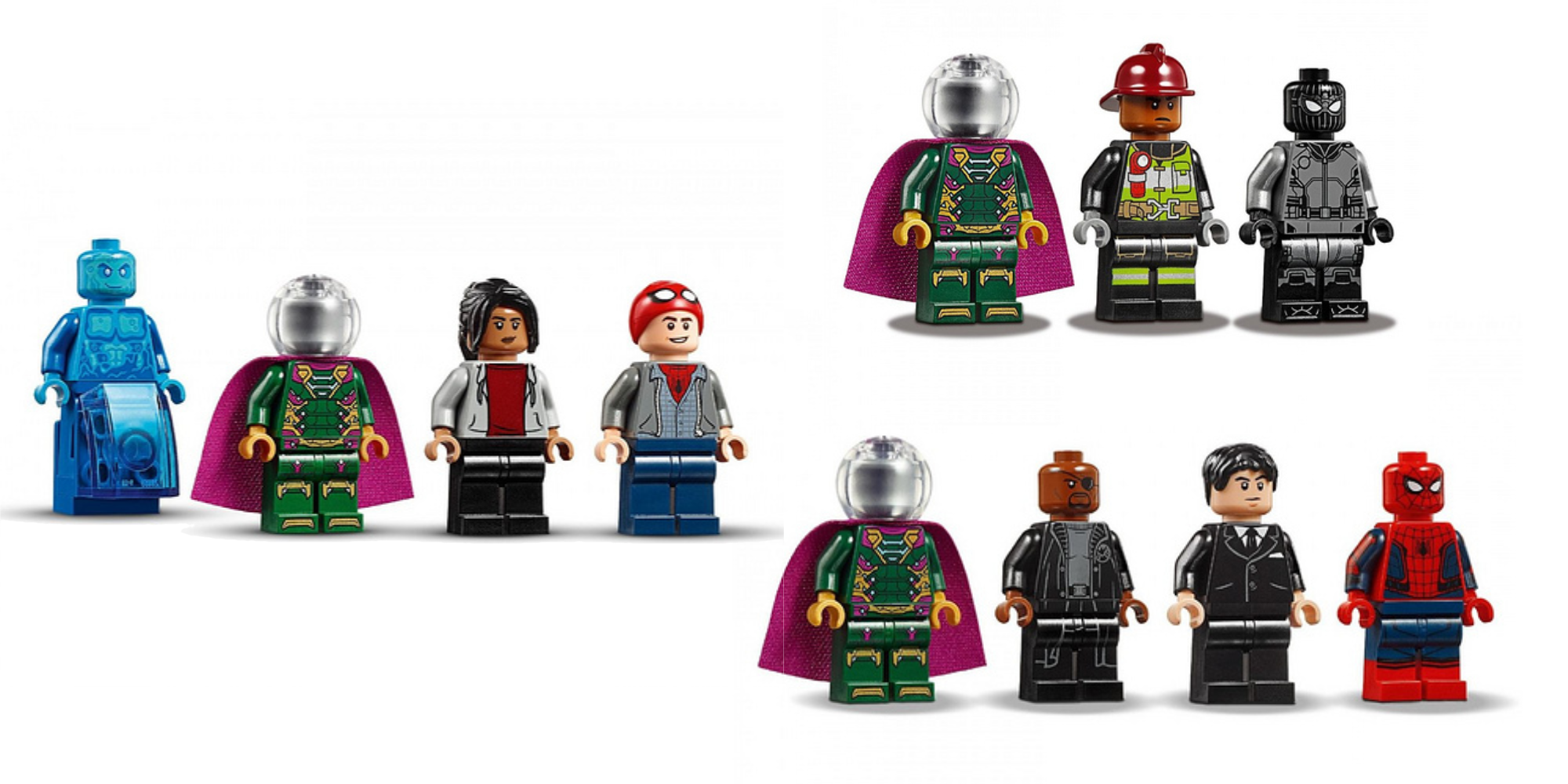 The minifigures are the real stars of the show here. In total we’re getting nine new figures from the upcoming Spider-Man, including three different versions of the friendly neighborhood hero himself. One of the film’s central characters, Mysterio, makes an appearance in all three kits. As far as other inclusions, you’ll find MJ, Nick Fury, Happy Hogan and more in the LEGO Spider-Man Far From Home sets. 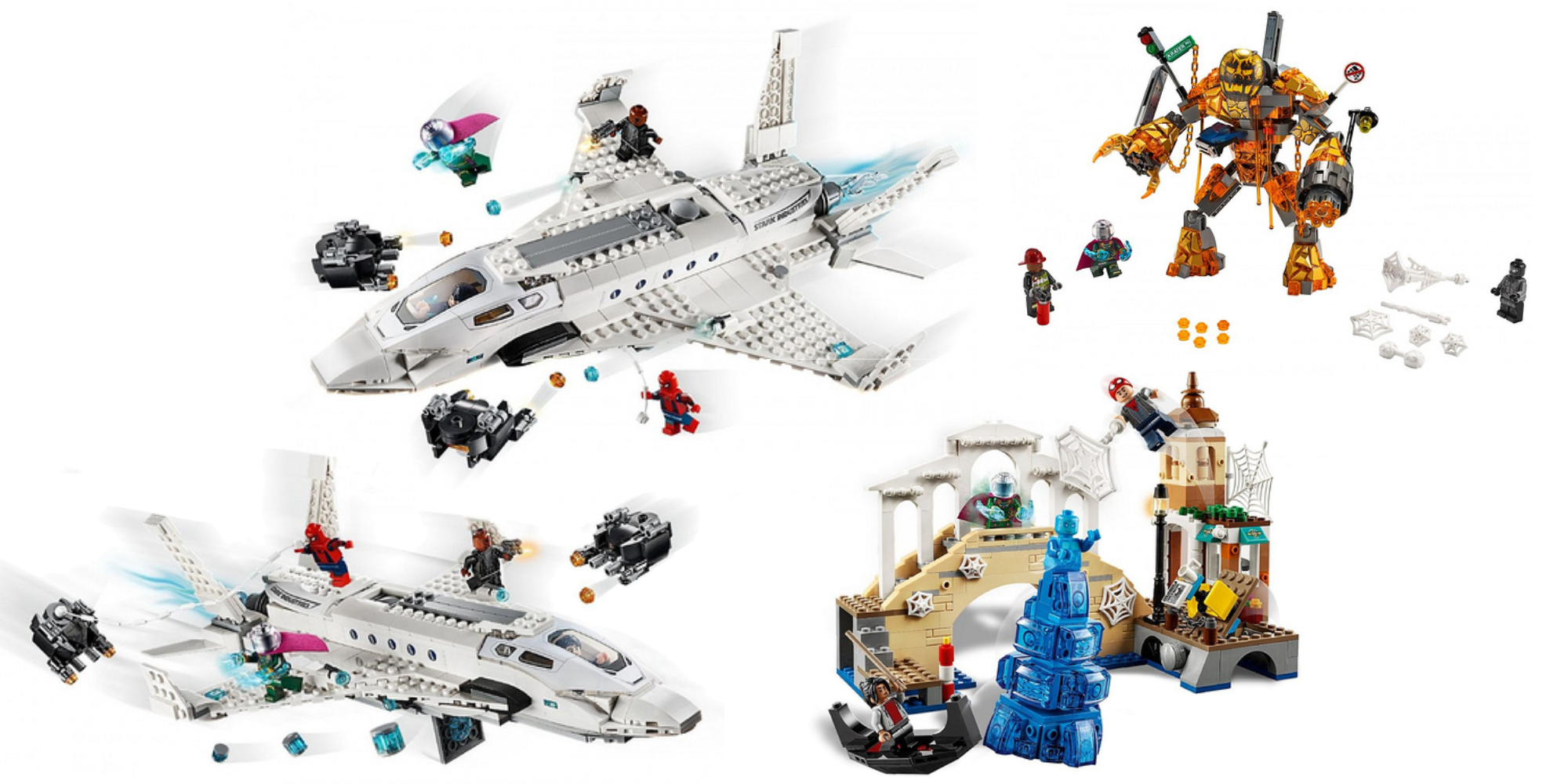 As of now there’s no definite release date for the next wave of Marvel Super Heroes kits. Nor are there any prices available. We know that the upcoming Avengers: Endgame sets are right around the corner, so odds are we won’t see the Spider-Man: Far From Home LEGO kits until sometime after. The Homecoming sequel isn’t slated to hit theaters until July 5th, so it’s likely the tie-in LEGO builds will hit store shelves closer to the release. 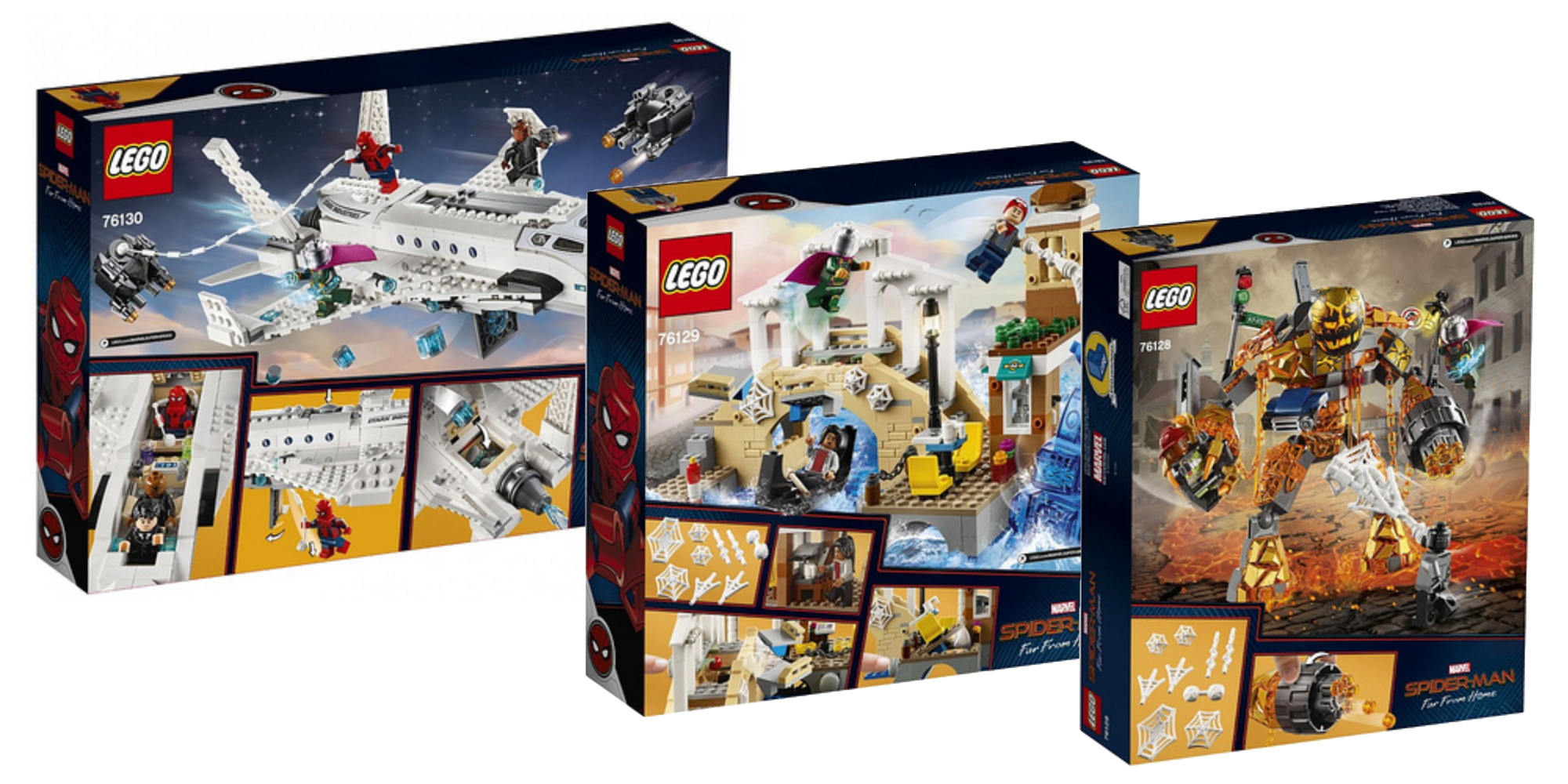 Back when Spider-Man: Homecoming was first released, LEGO only opted to unveil a single set to tie in with the movie. This time around Spider-Man is getting more time in the spotlight for its LEGO Far From Home creations. Sure the wave of builds isn’t as large as Endgame’s roster of sets. But it’s refreshing to see multiple sets on the horizon for Marvel’s latest. Captain Marvel arrived alongside a single kit, so it’s clearly a step up.