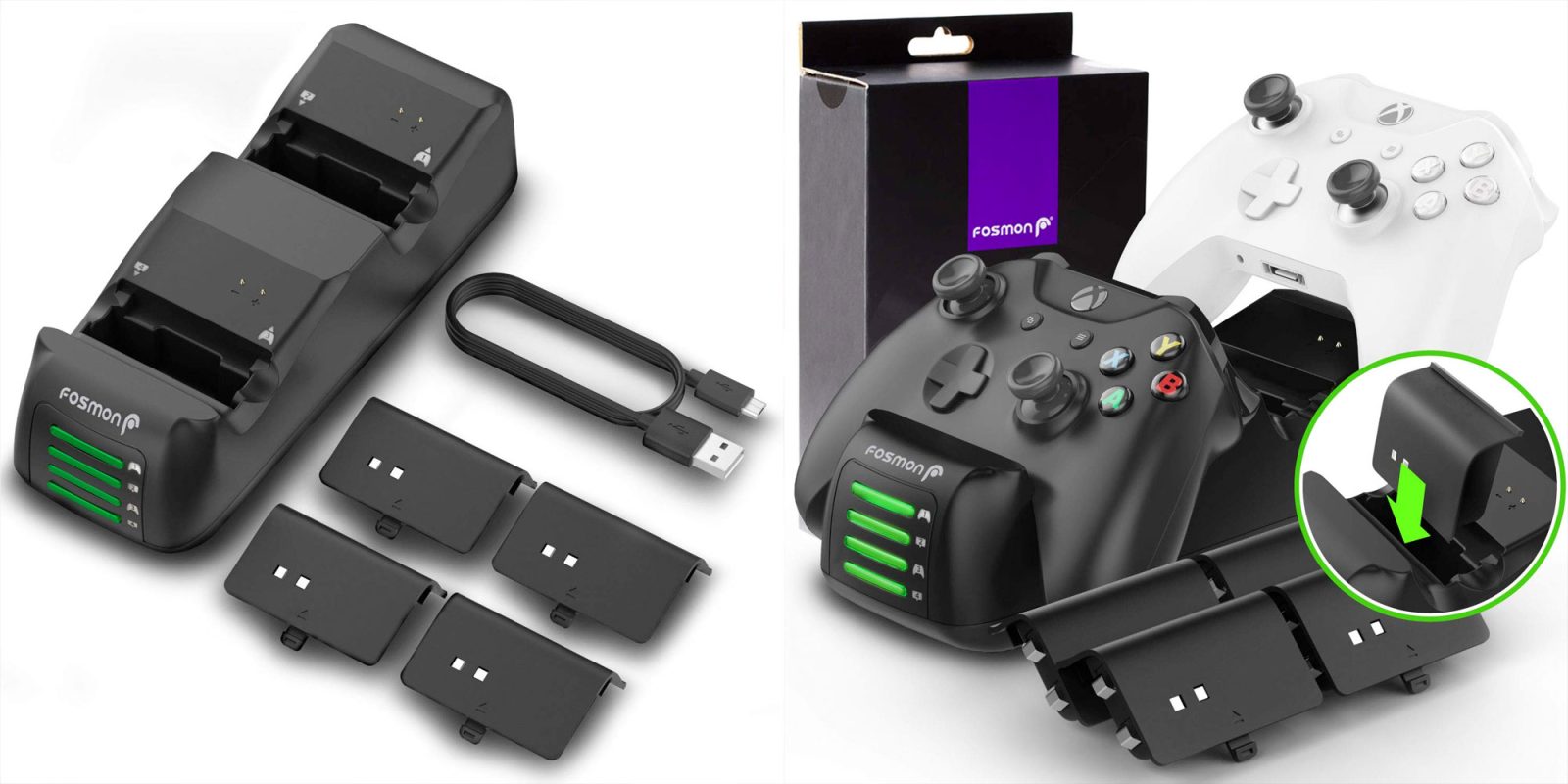 Fosmon just announced a brand-new upgrade to Xbox One controller charging. The Fosmon Quad Pro Charging Station for Xbox One features two docks for controllers and two additional battery slots, you’ll be able to always be ready for any length of gaming session that you decide to take. Offering up to 132 total hours of playtime, this is the ultimate power station for the die-hard Xbox One gamer.

If you’re like me, having a single battery is never long enough for a gaming session when it comes to your Xbox One. I can’t tell you how many times I’ve killed my Xbox One Controller’s rechargeable battery. I always have to grab another rechargeable battery, some AA’s, or plug it in to keep going. Fosmon is changing that with its Quad Pro Charging Station for Xbox One.

The Quad Pro Charging Station for Xbox One is unique in that it not only charges two controllers at one time, but it charges two spare batteries at the same time.

This means that when your controller’s battery dies, you just grab a spare and keep going. This gives you up to 132 hours of playtime, which is something unrivaled by any other charging platform out there.

“We saw an unmet need with the Xbox’s battery life and wanted to fix it,” said Fosmon’s CEO, Simon Loh. “Our new product’s charging capabilities have already made it a popular choice with gamers who are willing to invest in quality devices.” 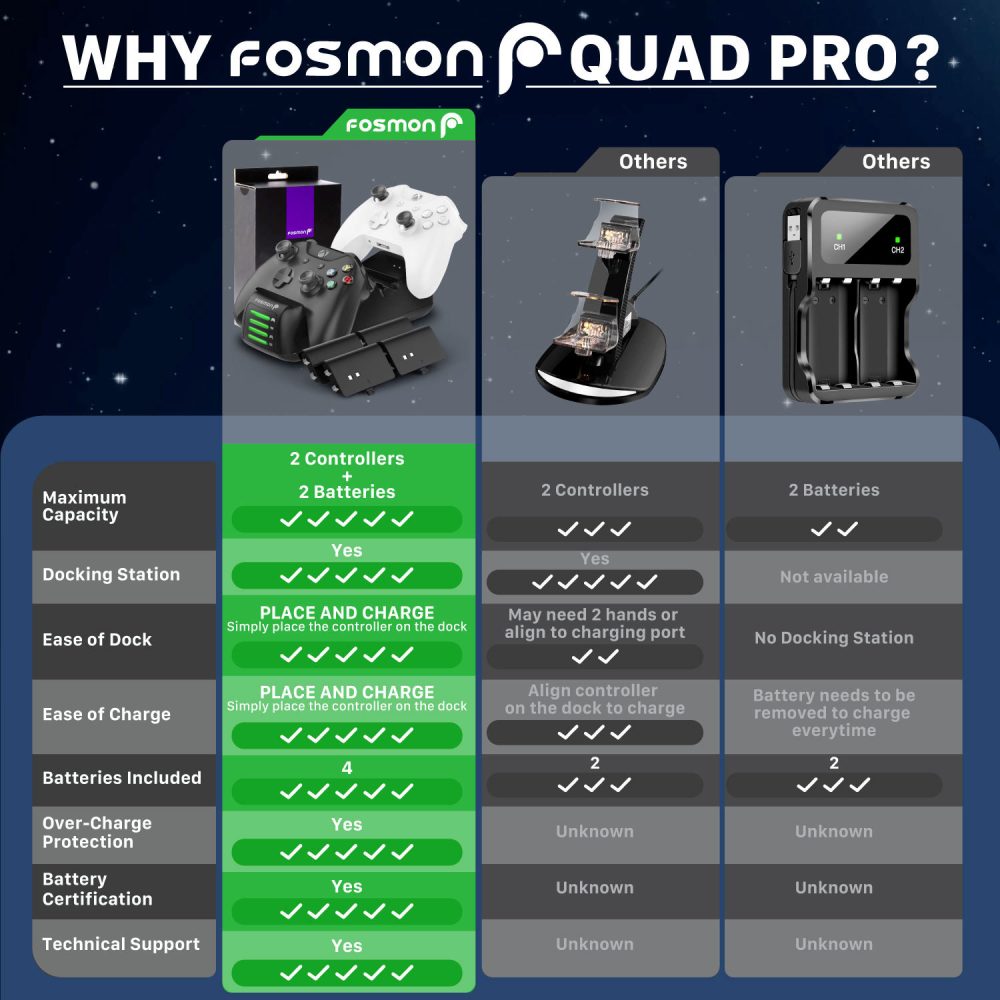 The overall design of Fosmon’s Quad Pro Charging Station for Xbox One is quite simple. There are two places to set your Xbox One controllers, and then you’ll have two docking stations for separate batteries. There are four LEDs on the front that change colors when the batteries are charged, and also show you which batteries are either full or charging.

The Fosmon Quad Pro Controller Charging Station for Xbox One will set you back $27.99 shipped at Amazon and is available starting today. Though a brand-new release, reviews are already rolling in and are quite positive.

With the ability to play for up to 30-33 hours per charge, you’ll be able to enjoy nearly limitless gameplay with the Fosmon Quad Pro Controller Charging Station. It’s compatible with the Xbox One Elite Controller, which is my weapon of choice when entering the digital battlefield. This will become a must-have for Xbox One gamers, I think, as it’s really the best choice out there for staying powered for longer gaming sessions.