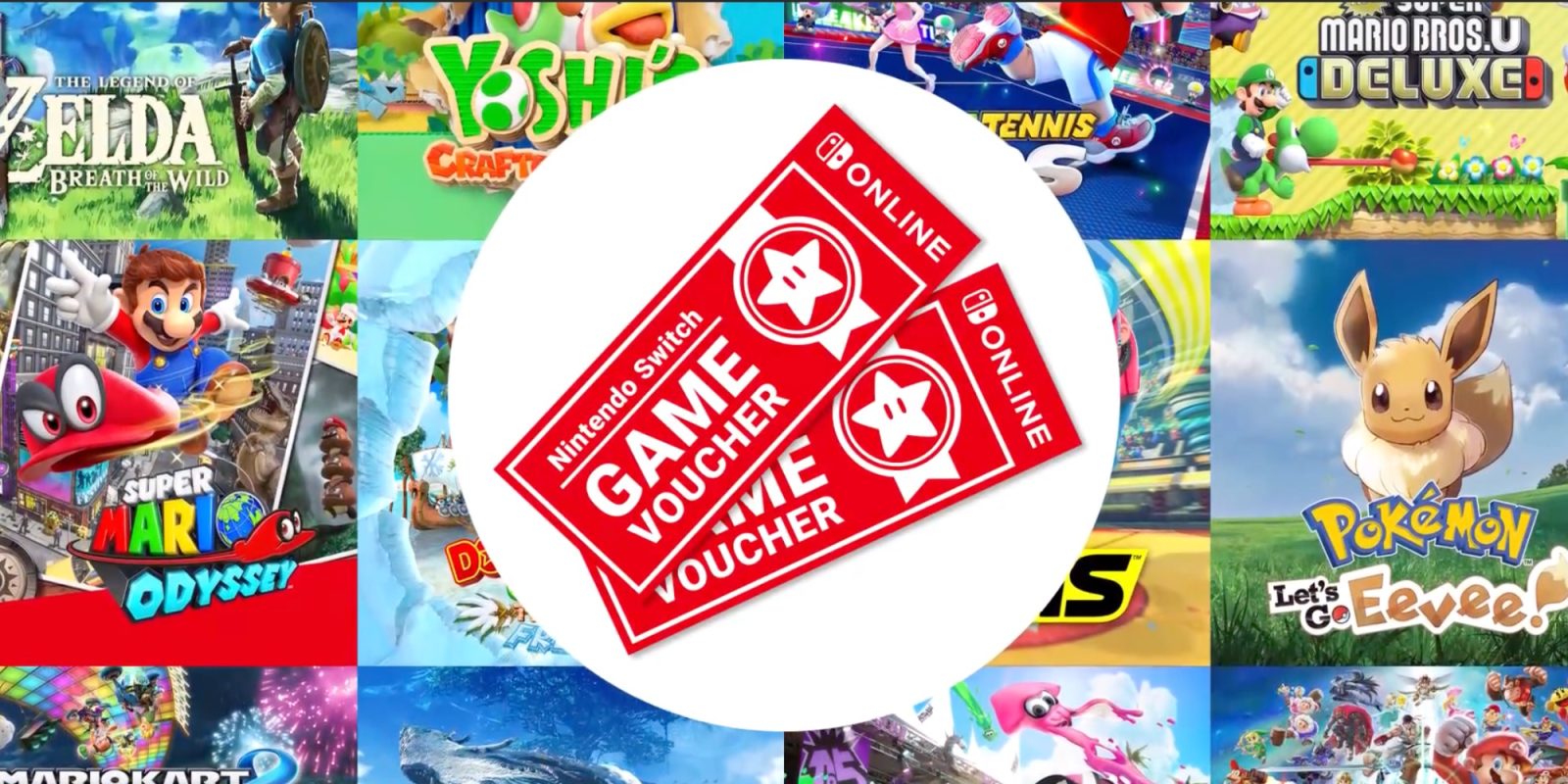 Last night Nintendo gave fans 15 minutes of pure Super Mario Maker 2 goodness. After Direct, the company also announced that it would be giving Nintendo Switch Online subscribers yet another perk. Nintendo’s new Switch game vouchers launch as a way to save on digital pre-orders and previously-released first-party titles. Head below for more details and to see how good of a value Nintendo’s recent promotion is.

Save on digital Nintendo Switch games with new eShop vouchers

Nintendo’s new promotion enters in the form of vouchers which allow you to save on various digital Switch games. These coupons are redeemable only through the Switch eShop, and are limited to a predetermined selection of titles. Pretty much every major first-party release that we’ve seen on Nintendo Switch makes the cut. Missing though are many lesser-known indie games. You can check out the entire list of titles available right here.

Right now, you’ll only be able to purchase the coupons in packs of two, though there appears to be no limit as to how many you can buy. Picking up a pair of vouchers will set you back $100, meaning you can grab two digital titles for $50 each. That’s $10 off the retail price of each title and on-par with many other company’s promotions.

Amazon’s Prime perks give gamers a $10 off credit on select pre-orders and games, which is one of the best available right now. Offerings from the eShop are actually more diverse than its competition, which is a win for the Big N. The one main caveat is that with Amazon you’ll be getting physical copies, while with Nintendo you’ll get digital Switch games with the vouchers.

With the demise of Best Buy’s Gamers Club Unlocked, it’s nice to see another program pop up to give Switch owners some savings. Nintendo limiting the game vouchers to Switch Online subscribers makes sense, and is yet another perk to drive gamers towards the service.

Given that we see 20% discounts on various Switch titles from time to time, Nintendo’s new game vouchers aren’t the best deal. The vouchers do stand unmatched in one area. If you’re looking to pick up a newly-released game as soon as possible while scoring a discount, then this is one of the most affordable ways to do it. Another plus is that taking advantage of the vouchers means that you can save at any point down the line, not just when Nintendo or another retailer decides to discount some of its Switch games.

Though for Switch games that have been out for quite some time, using one of Nintendo’s vouchers isn’t ideal. We’ve routinely seen discounts exceeding $10 on hits like Breath of the Wild, Super Mario Odyssey and the like.

So the bottom line is that if you can wait, there are bound to be better discounts in the future. But for adding another title to your Switch’s digital library on day one, this matches some of the best promotions. And unlike Amazon, it’s a direct discount rather than $10 in credit. With several titles like Super Mario Maker 2, Pokémon Sword + Shield and Animal Crossing on the horizon, this promotion is a solid way to save on some of the year’s biggest titles.