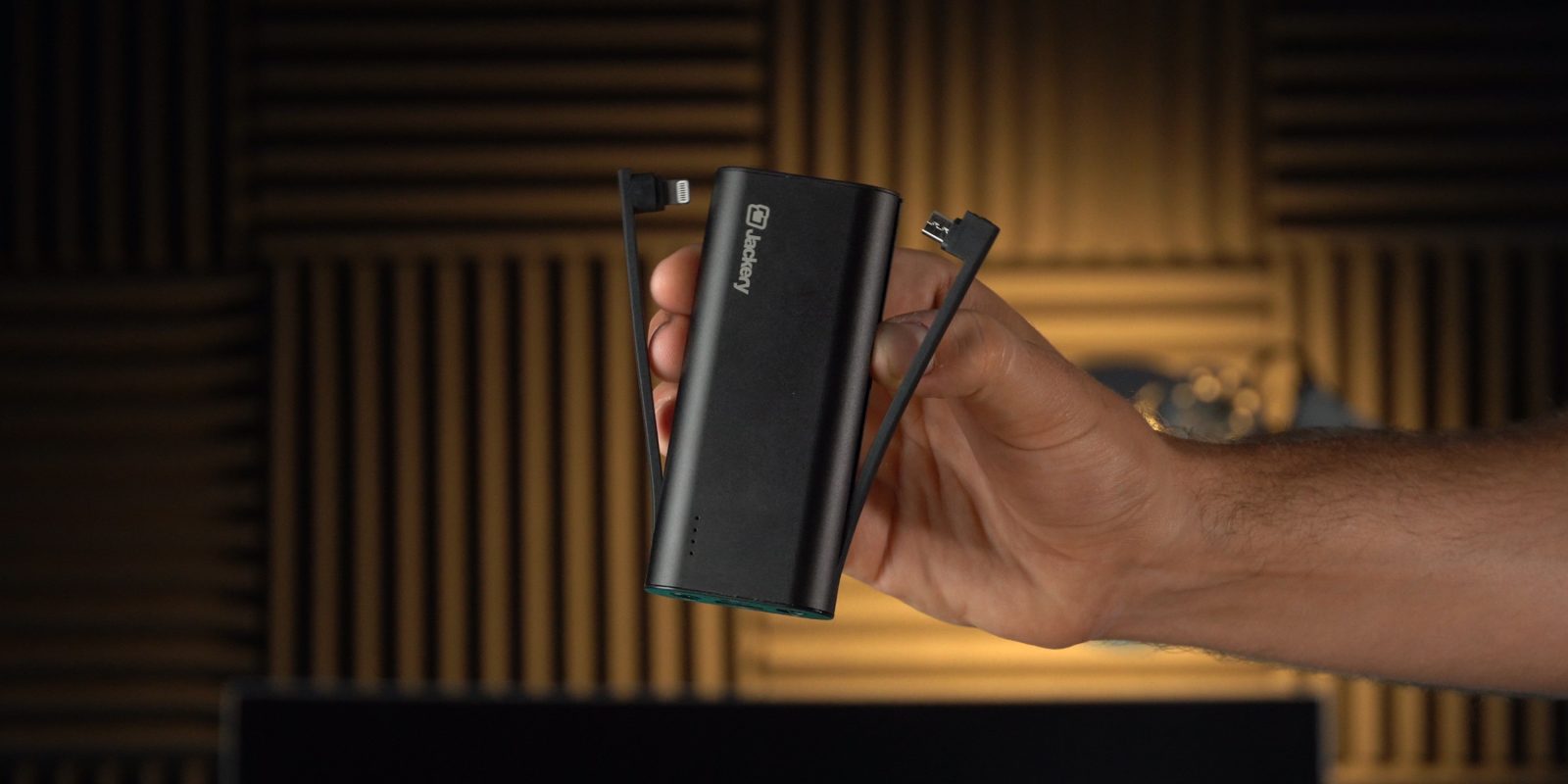 There are plenty of portable power chargers out there – most offer a USB port which can be used with any cable to charge a specific device. But, if an iPhone or other iOS device is a common being charged, there are some options out there that are more sleek and convenient – like the $29.99 Bolt from Jackery. Fast 2.4A charging via two built-in cables top the feature set on the Bolt – one of which is a Lightning cable. Check out the video below.

Jackery carries an impressive line of portable power solutions including power stations and solar panels to charge said stations. We have been able to check out the Explorer 240 in a video earlier, and the Explorer 160 is an Amazon best-seller for outdoor generators.

Available in black and orange, the Bolt features a sleek design with a matte finish on its metal casing. The rounded edges fit nicely into a backpack or pocket, and with the built in charging cables, it makes for a compact charging package.

One of Jackery’s smaller battery packs, the Bolt features 6000mAh of capacity with power is delivered through three options. A built-in Lightning cable for iPhones or other iOS devices, a built-in microUSB , and a standard USB A port to plug in another cable. All three connections can be used at the same time to charge devices.

I was able to power up my iPhone 8 and Focal Sphear Wireless headphones at the same time while on-the-go without bringing any external cables – which was great. 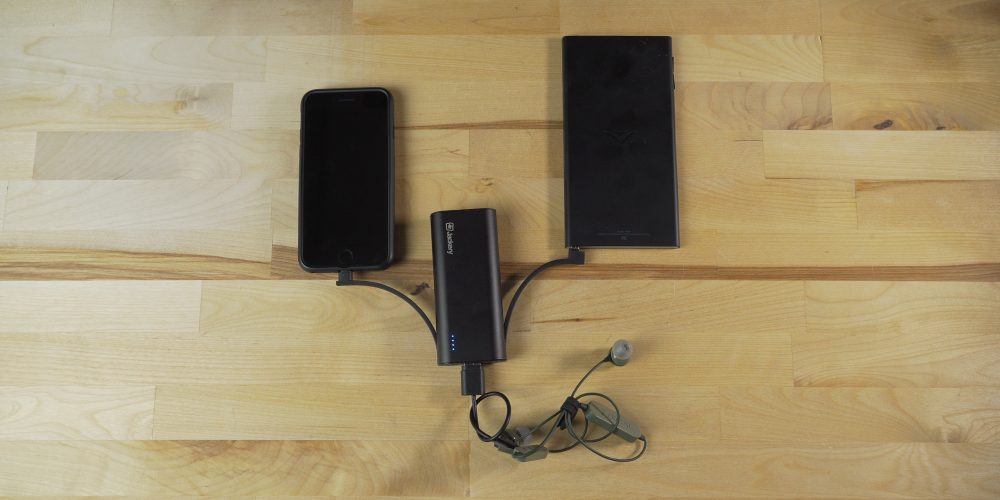 The Bolt features 6000mAh of capacity, and can charge at 2.4A to make powering up faster than a normal wall charger for iPhone. That should be enough to charge most phones 1.5-3 times, I found that it could charge my iPhone 8 from dead to 100% about 1 hour and 45 minutes.

In addition to providing power, the Bolt also has a built in flashlight. Just hold down the power button for a few seconds and a light turns on. This makes fumbling for a charge port or cable much easier in dark environments. 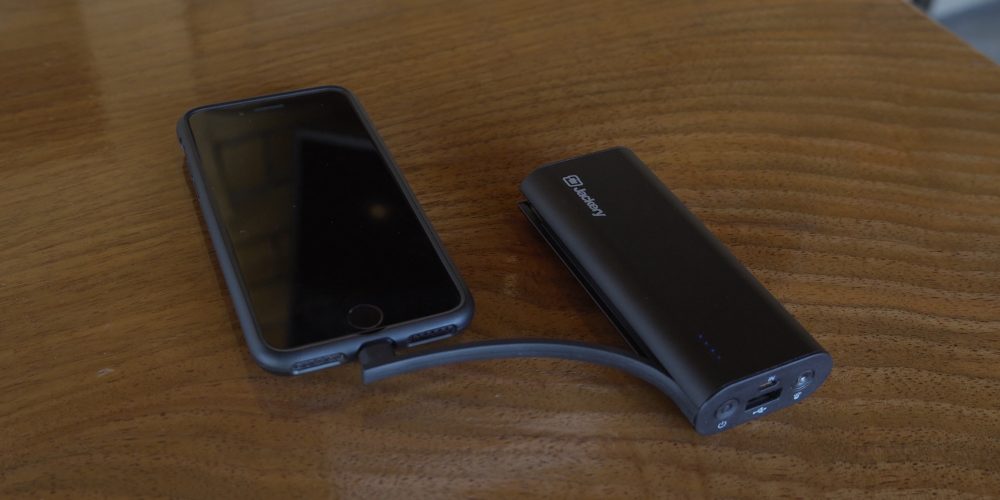 Measuring 3.8 x 3.1 x .85-inches, the Bolt easily packs into a bag, pocket or purse. I found it very easy to keep in my camera bag for emergency charges.

The only nuisance that I’ve noticed with the Bolt is its required external cable to recharge. It would have been nice if they could have found some way to make that a built in cable like the others, but that’s a minor inconvenience.

Overall, the size and convenience of the Jackery Bolt make it easy to take along anytime I’m away from home. Since most of my devices take either Lightning or microUSB, I rarely need to worry about packing another cable with the Bolt, but if I do, I can charge with the standard USB a port as well.

Buy the Jackery Bolt on Amazon