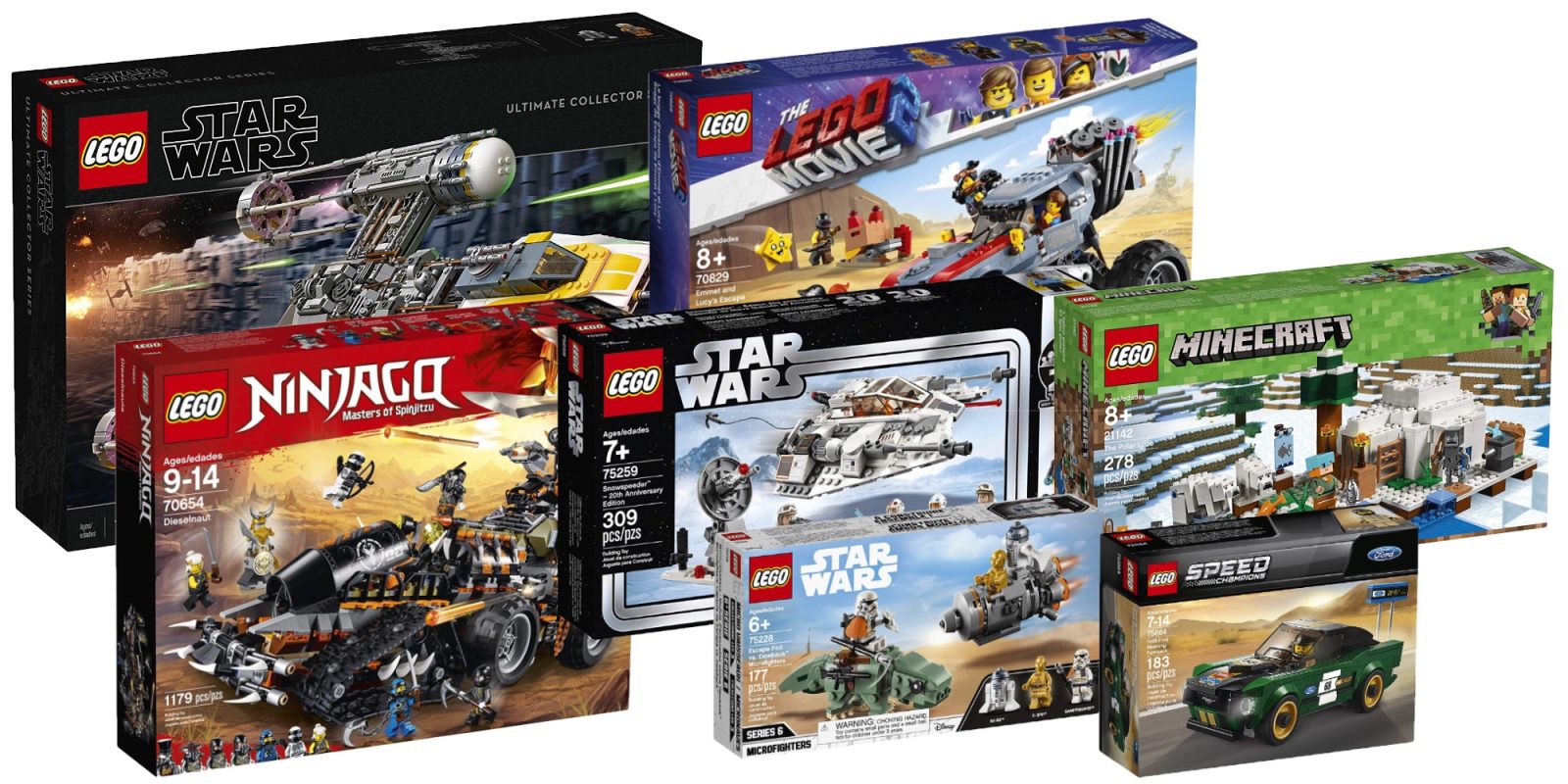 This week we’ve seen a slew of notable LEGO deals at Amazon, and ahead of Prime Day we’re getting another massive batch of discounts today. One standout for us is on the new The Empire Strikes Back Snowspeeder at $26.99 shipped. Normally selling for $40, today’s offer is $5 under our previous mention and saves you a total of 33%. Just like many of the other deals we’re tracking, it’s also a new Amazon all-time low. This 309-piece build includes three minifigures alongside a collector’s edition Lando Calrissian fig. It recreates one of the original Star Wars builds and is a fantastic collector’s set. Check out our hands-on review. Head below for more of the best LEGO deals at Amazon including City, Star Wars, Ninjago, Minecraft and so many other kits from $9.

7/14 @ 9:00AM: Amazon offers the Star Wars Betrayal at Cloud City set for $289.99 shipped. Also at Walmart. That’s $60 off the usual price tag, the very first price drop we’ve seen and a new all-time low. Learn more in our announcement coverage.

Another one of the best LEGO Star Wars deals today at Amazon is on the UCS Y-Wing Starfighter at $181.58. While only good for a $19 savings, today’s price drop is the very first we’ve seen since it was released last May. This 2,000-piece creation measures over 24-inches long and is packed with tiny detailing, greebles and more. I personally own the set and find it to be a must-have for Star Wars fans.

7/12 @ 1:00PM: Amazon offers the LEGO DC Super Heroes App-controlled Batmobile for $79.99 shipped. Normally selling for $100, today’s offer is $8 under any previous discounts and the best price we’ve seen all-time. This 321-piece set features a Bluetooth-enabled brick which pairs to your iPhone and more. It allows you to drive the Batmobile thanks to the two built-in Power Function motors.

Don’t forget that we’re also still tracking some of the lowest prices of the year on LEGO City, Minecraft Star Wars and more. Plus for the latest from LEGO, check out the new 480-piece Sith Trooper Bust that was unveiled as the first ‘The Rise of Skywalker’ set.

Below you’ll find a variety of different LEGO kits, all either matching or at new Amazon all-time lows.

And even more of the best Amazon LEGO deals:

Mark a true milestone in LEGO Star Wars construction toys with this 75259 snow speeder – 20th anniversary edition. This special-edition set is an updated version of the original 7130 snow speeder vehicle model released in 1999 and features an opening cockpit with space for the Luke Skywalker and DAK ralter minifigures.