Just last month we got word from LEGO that two new fan-made Ideas sets were on the way. Now exactly one month later, LEGO is taking the wraps off one of its latest Ideas releases. Capturing the vintage black and white animation style, the upcoming Steamboat Willie set is the result of a well-executed collaboration between LEGO and Disney which includes over 750 pieces, two exclusive new minifigures and more. Head below for a closer look at all-new kit.

The beloved Mickey Mouse first made his on-screen debut back in 1928. Appearing in the now famous black and white animated short Steamboat Willie; which was the first Disney release to feature synchronized sound.

The LEGO set designers in charge of this release have packed plenty of detail from the animated short into upcoming set. It’s almost entirely comprised of black and white elements, making the LEGO creation look like it popped right out of the Steamboat Willie short. 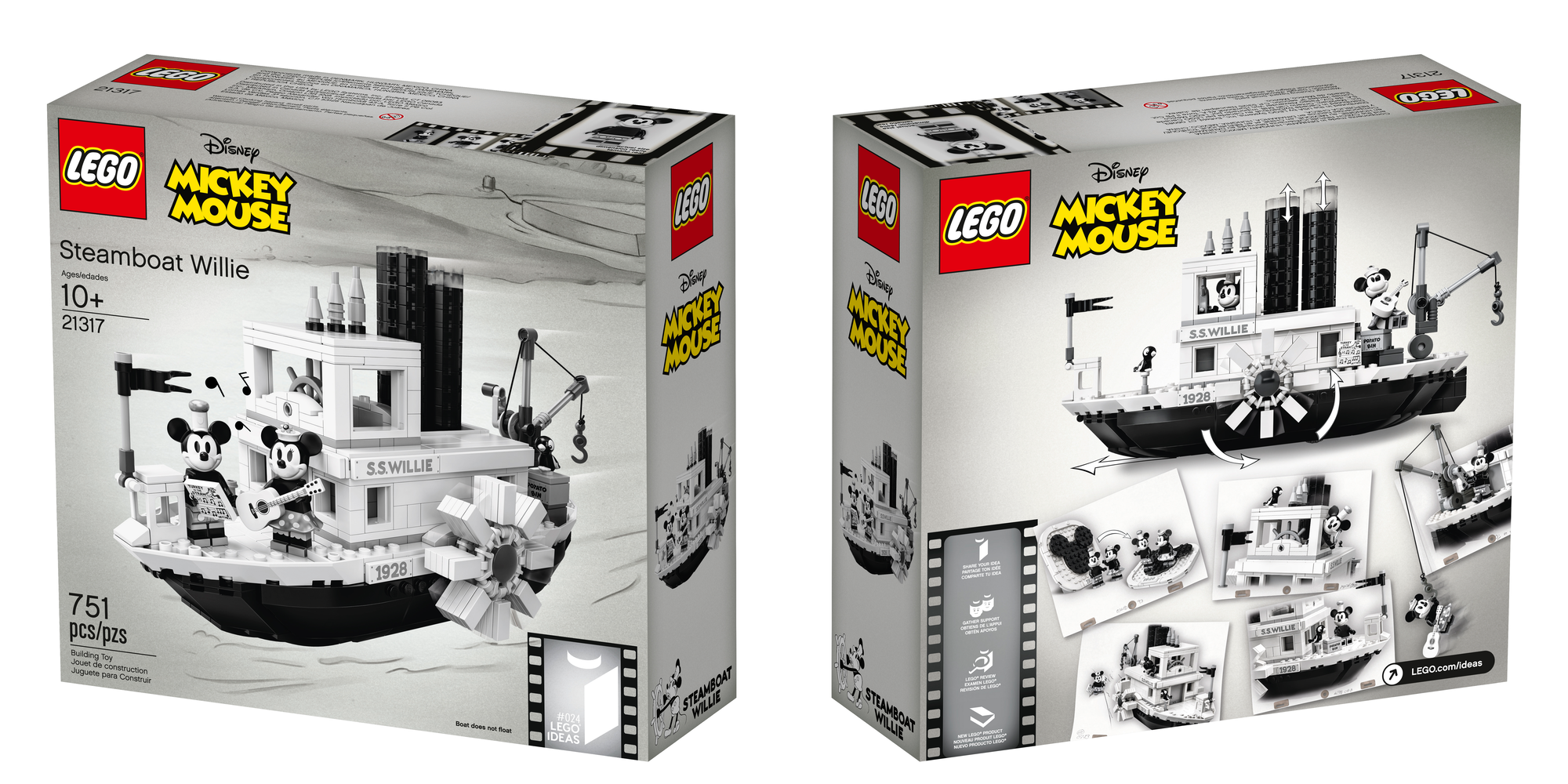 LEGO’s latest assembles a brick-built version of the S.S. Willie, which measures over ten inches long and five inches wide. When the boat is pushed along, its town steam pipes move up and down while the two paddle wheels which flank the build rotate. You’ll also find an adjustable crane on the back, interior space for Mickey or Minnie to drive the boat and more.

Included alongside the instruction manual is additional information about the Ideas building process. There will also be fun facts about the historic 1928 animated film. 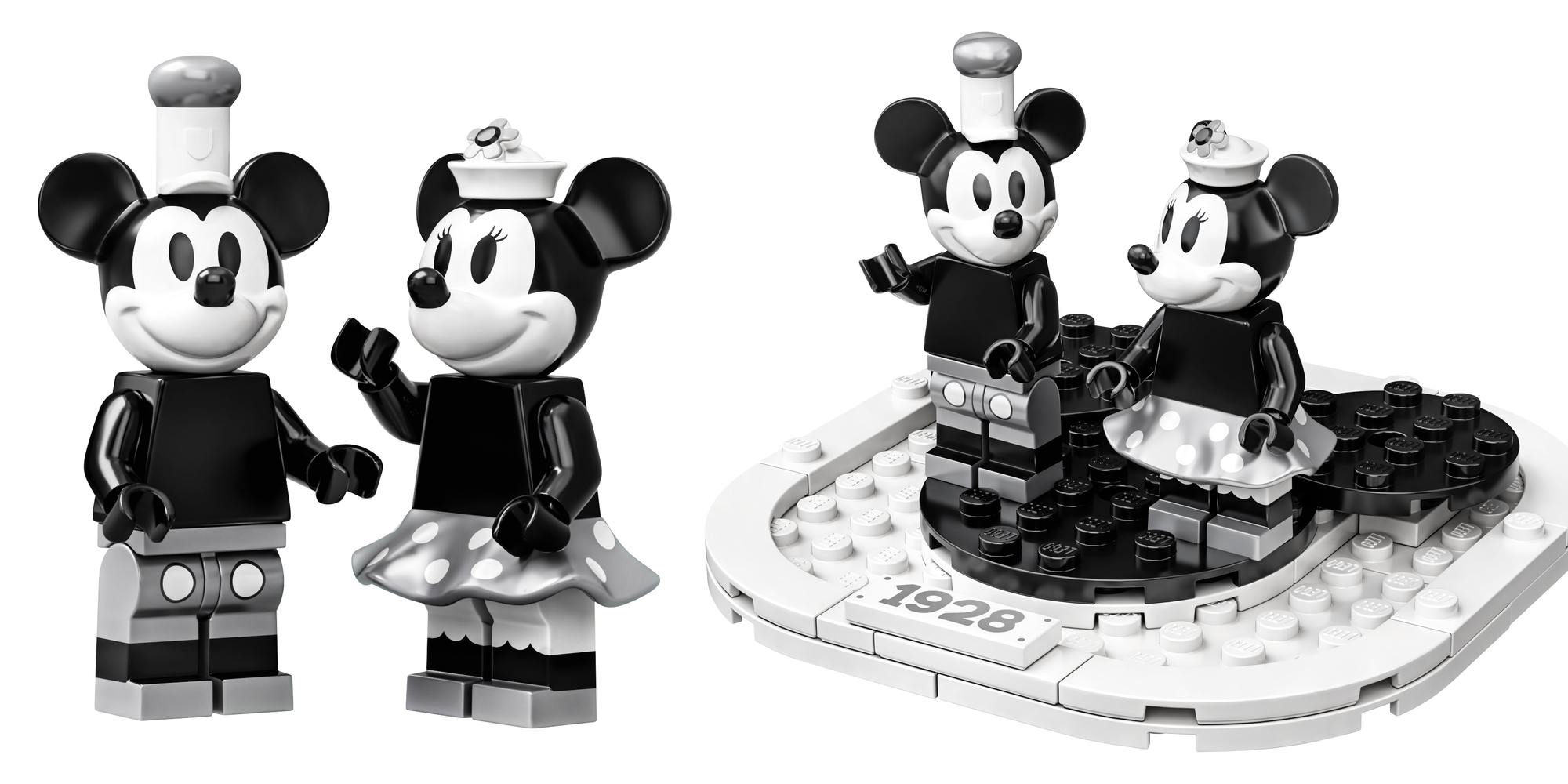 The upcoming release also features two brand new minifigures. Both the included Mickey Mouse and Minnie Mouse are exclusive to this kit for the time being. Each of the figures feature entirely new printing and also sport silver-colored decoration alongside the vintage-inspired designs. A display stand is included as well which touts a brick with 1928 printed on it to commemorate the animated film’s original release.

The latest in LEGO’s line of Ideas kits, Steamboat Willie, will be arriving on April 1st with an $89.99 price tag. It’ll initially be a LEGO Shop exclusive, so those looking to add it to their collection will have to head to LEGO’s online storefront or journey to a retail location come next month. 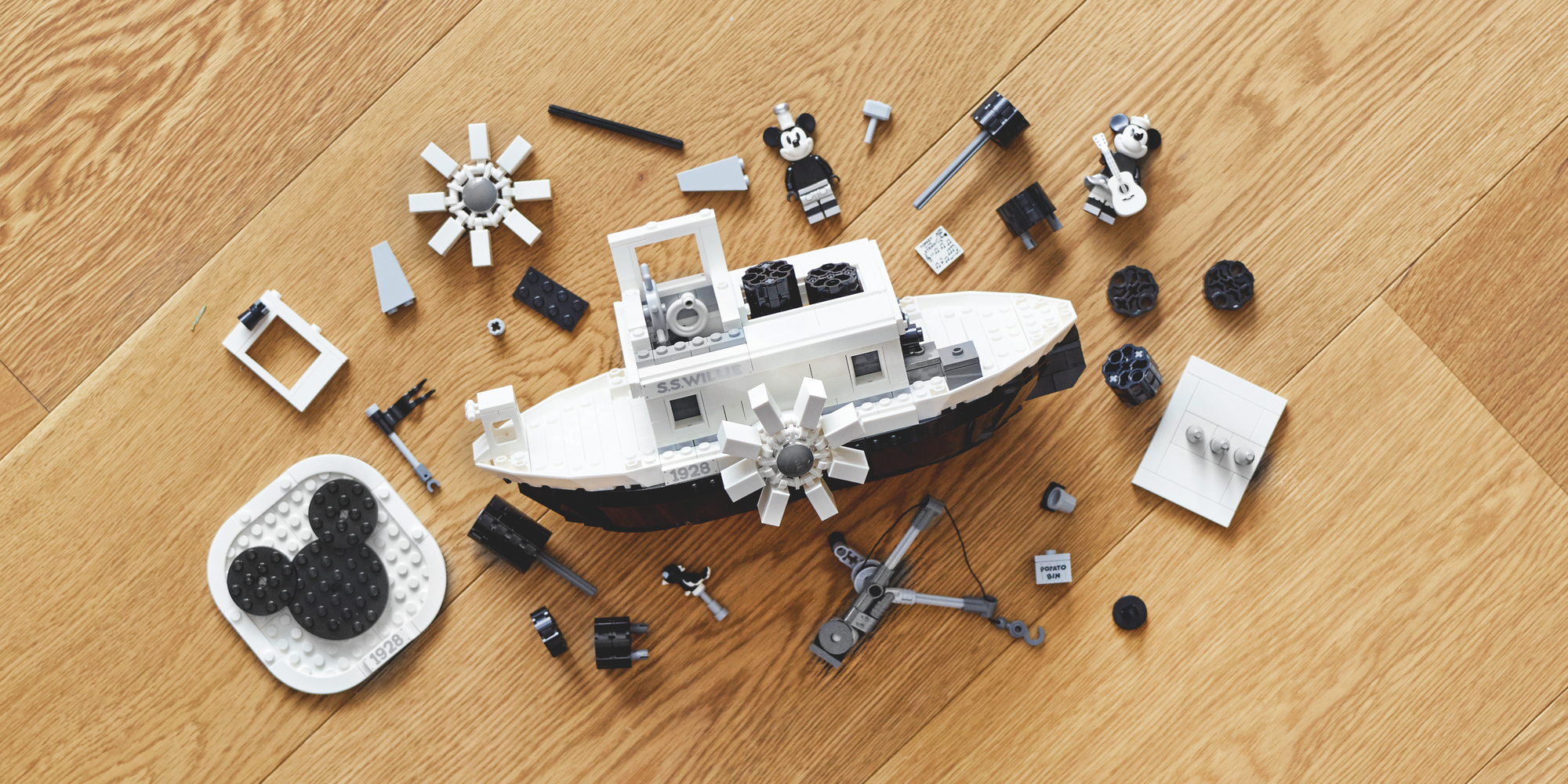 LEGO’s past collaborations with Disney have already been some of the most popular releases we’ve seen. Recreating the Disney Castle in brick-built form brought in many fans, and I’m sure the same will be true for the new LEGO Steamboat Willie release.

Back when the set was first announced to be in the works, I was curious on how they’d pull off the black and white aesthetic. But by the looks of it, the set designers have done on a phenomenal job bringing the 1928s’ animation to the LEGO realm.

LEGO’s new Steamboat Willie set enters with a lower part per dollar than I ultimately would have liked. But with exclusive minifigures and a solid overall build; I can look past it for a build as unique as this. 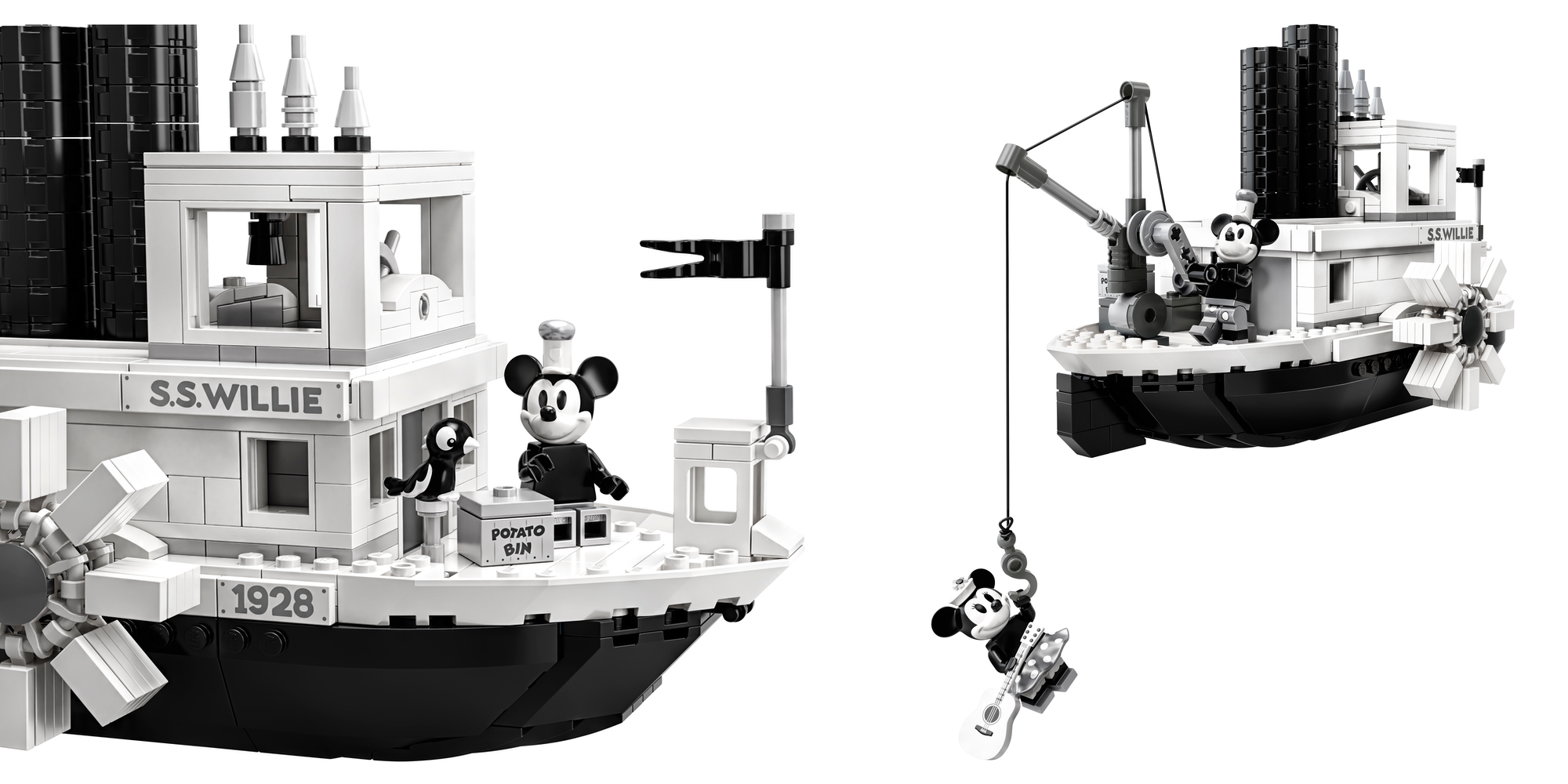