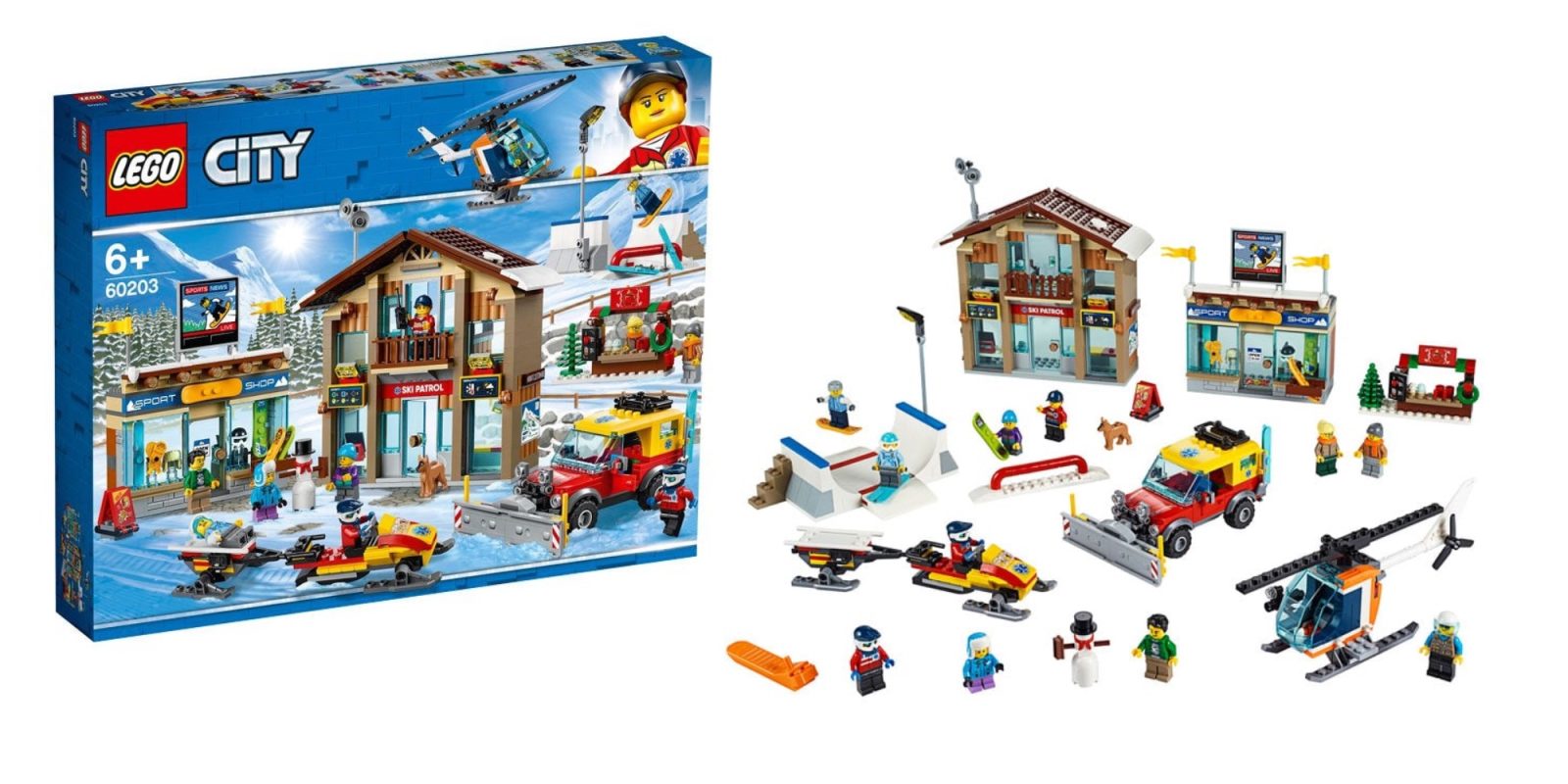 Following its well-timed release of space-themed City creations, we’re now getting a look at one of this year’s newest kits from the series. Releasing later this year, the upcoming LEGO City Ski Resort delivers an over 800-piece build that comes packed with 11 minifigures, a two-story rescue station, plenty of vehicles and more. Head below for a first look at LEGO’s latest kit.

The latest kit from LEGO is just one of many new creations we’ve seen in July. Earlier in the month LEGO’s Harley-Davidson’s Fat Boy motorcycle cruised onto the scene and then recently we got a look at the upcoming 3,000-piece Ideas Treehouse. Today’s kit comes to us via German retailer Lucky Bricks and gives us a first look at the upcoming LEGO City Ski Resort.

A staple of any City release is the included minifigures, and LEGO’s upcoming Ski Resort delivers a heart helping of citizens for your town. There are 11 different figures, including three ski patrol members, a ski shop salesman, a helicopter pilot, a skier, a snowboarder, 2 children, a beverage vendor and a customer. And if that weren’t enough, you’ll also find a dog and a snowman figure to assemble.

Plus, to help get your brick-built city prepared for winter, the Ski Resort kit includes plenty of different LEGO accessories. You’ll find a variety of skis, snowboards, goggles and more.

Stacking up to 806 pieces, LEGO’s latest City kit prominently assembles a two-story rescue station that stands nearly eight-inches tall. That pairs with a rescue snowmobile and snowplow. There’s also ski shop as well as a halfpipe and grind rail.

Just like every other City set of this size, LEGO is opting to include a miniature brick-built helicopter in the Ski Resort. It’s not necessarily the best usage of parts, as those bricks could have gone towards additional details in the other parts of the built; but the inclusion does lend itself more towards playability and that what LEGO City kits are all about. 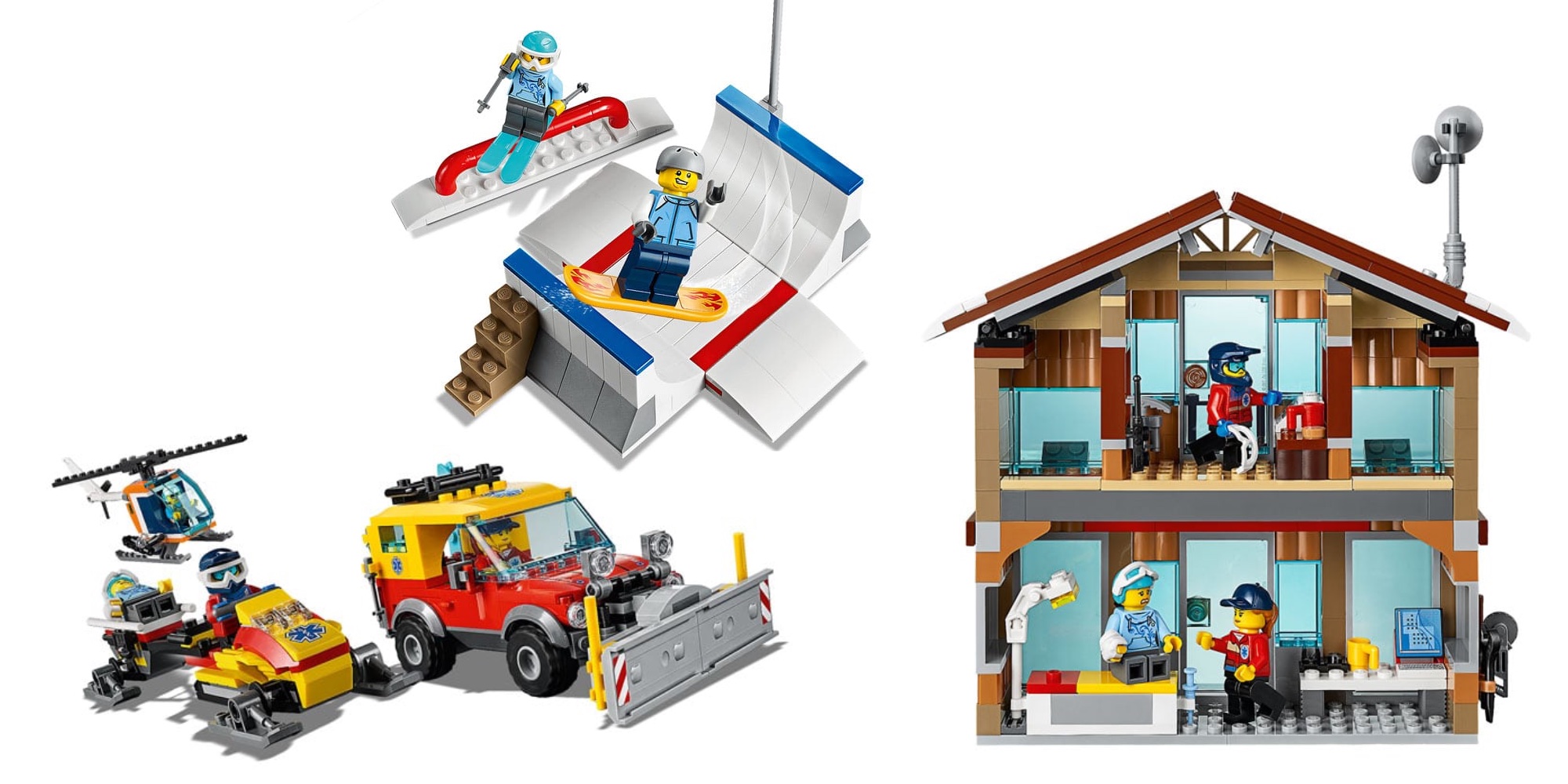 Having leaked from a German retailer, right now we can only confirm that it’ll sell for €79.99. Odds are that when it releases here in the United States later this year, it’ll carry a $90 price tag. It’s expected to arrive in September, giving builders plenty of time to pick it up ahead of the winter season.

As our first look at the second half of this year’s City releases, the LEGO Ski Resort is a notable addition to the theme. Cost-wise, it’s extremely solid with 11 minifigures and 806 pieces at the $90 price point. It’s also a unique and festive set that will surely be a must for many City collectors looking to prep their setups for the holidays.