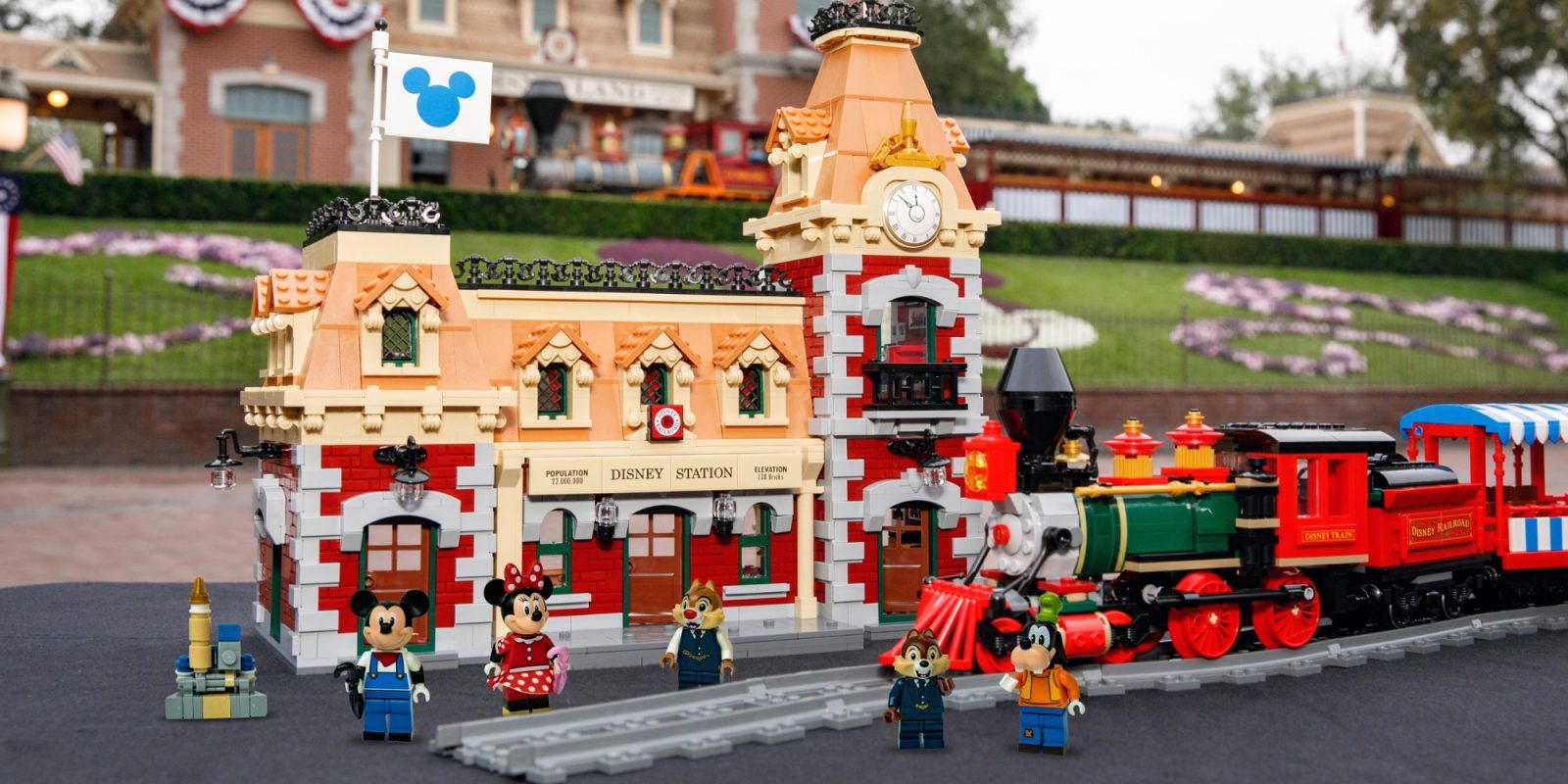 Update: 8/21 10:40am: LEGO VIP members can now order the Disney Train and Station for $329.99 shipped. It’s free to sign up for those who aren’t already enrolled in the rewards program.

Look out Disney fans, today LEGO is growing its catalog of Mickey Mouse-infused sets with it all-new Train and Station kit. Stacking up to over 2,900 pieces, the latest creation is packed full of Disney charm and excellent parts usage. Plus to top it all off, you’ll find five new exclusive minifigures. Head below for a closer look at the latest Disney landmark to make it into LEGO form.

Today’s unveil is just the latest in LEGO and Disney’s partnership to bring characters and iconic locations into the world of bricks. Earlier this year, we got both a new Disney-centric Collectible Minifigure Series as well as a 750-piece Steamboat Willie Ideas kit. Now collectors will be able to bring another location from the Happiest Place On Earth.

Enter set 71044 Disney Train and Station, LEGO’s new 2,925-piece creation. Standing over 15-inches higher, the station features a detailed facade with balcony, clock and two flagged towers. It’s also complete with a fully-furnished interior. Heading around the back of the Disney Station will reveal a ticket counter, café corner and plenty of other details fit for Mickey. 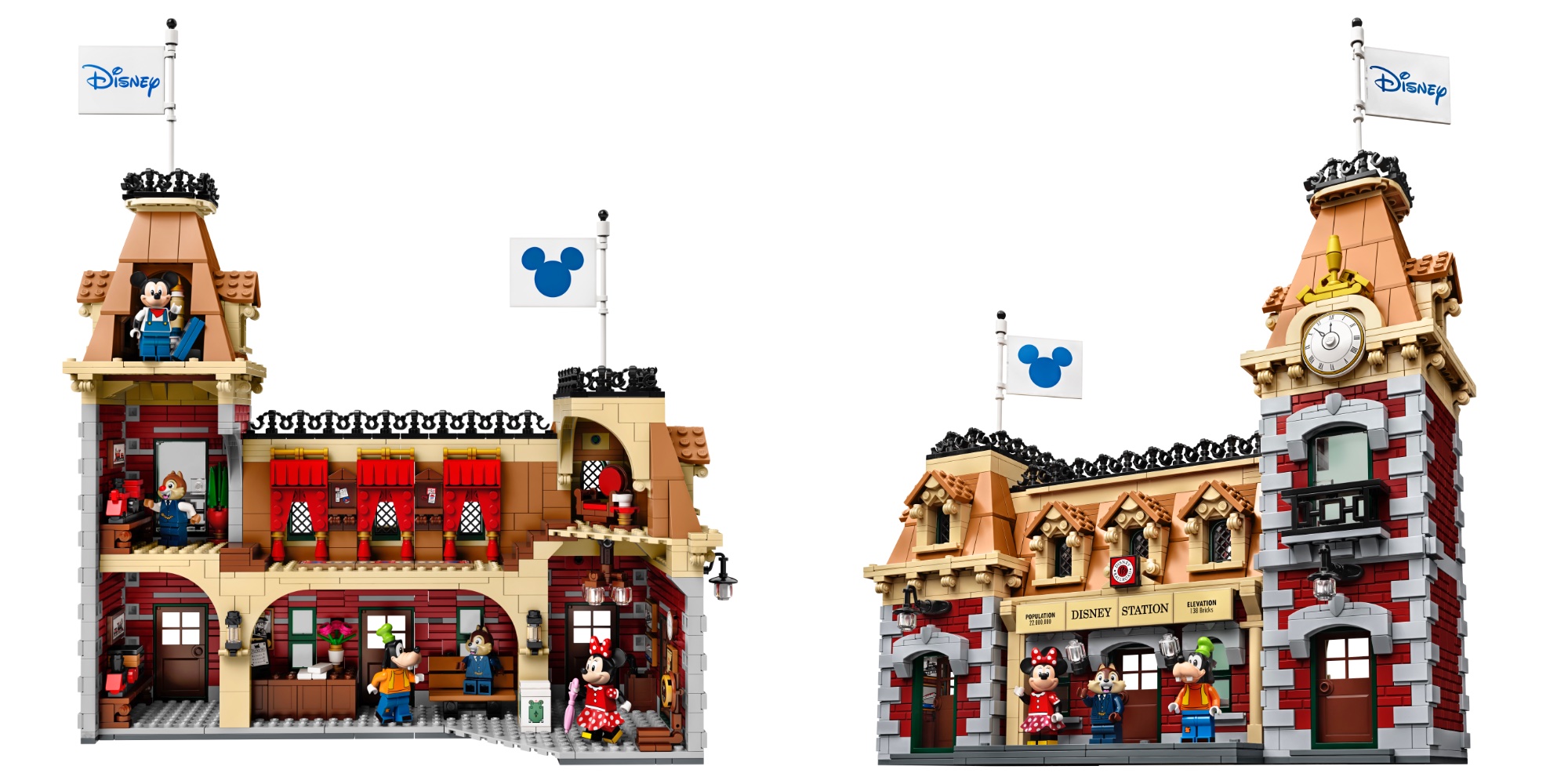 Stepping aboard the new brick-built train, you’ll notice that LEGO has pulled out all the stops. Measuring over 30-inches long, the steam-style locomotive comes complete with a tender, passenger car and a luxurious parlor car. Most of the build utilizes some sharp red-colored elements which give it a fantastic look. There’s plenty of room for minifigures and to top it all off, LEGO has built in motorized functionality for Mickey and the gang to enjoy.

Thanks to one of LEGO’s Powered Up Hub and motor systems, the Disney Train sports smartphone control. Pairing with an iOS or Android app over Bluetooth, you’ll be able to have it leave the station with a tap of your screen. And to give the train somewhere to travel, LEGO has included 16 track pieces in its Disney Station. 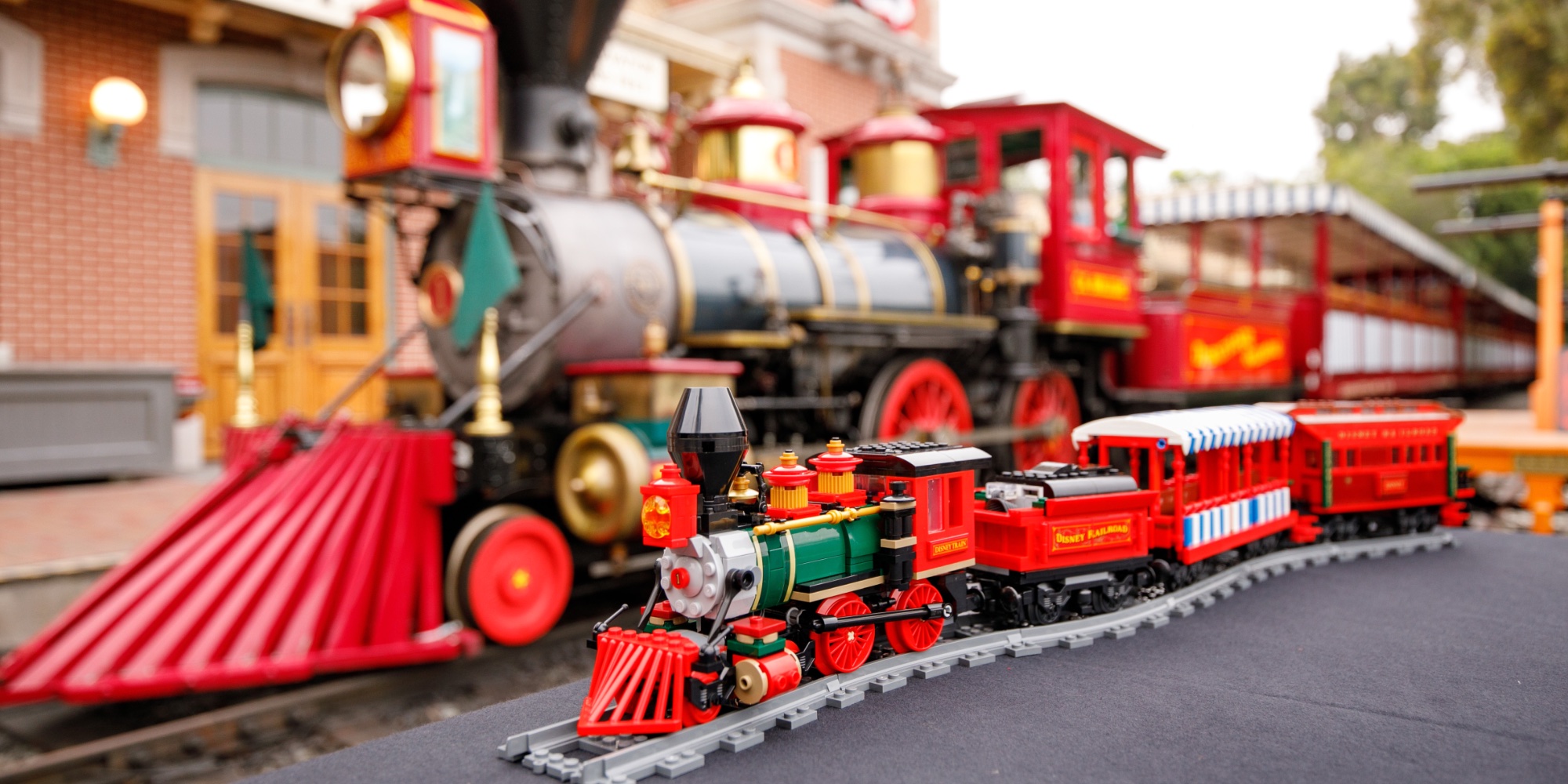 Of course, what would this kit be without some fitting minifigures to fill out the train station. With its latest, LEGO has included five brand new figures of Mickey Mouse, Minnie Mouse, Chip, Dale and Goofy. All of them come are sporting new outfits compared to previous minifig debuts and are exclusive to this kit.

All aboard! LEGO’s Disney Train pulls into the station next month

Disney’s Train and Station will be arriving at LEGO stores starting on September 1st. VIP members will be able to get their hands on the new kit a tad earlier though; as it’ll be launching for them on August 21st. The latest from the two company’s collaborations will sell for $329.99. 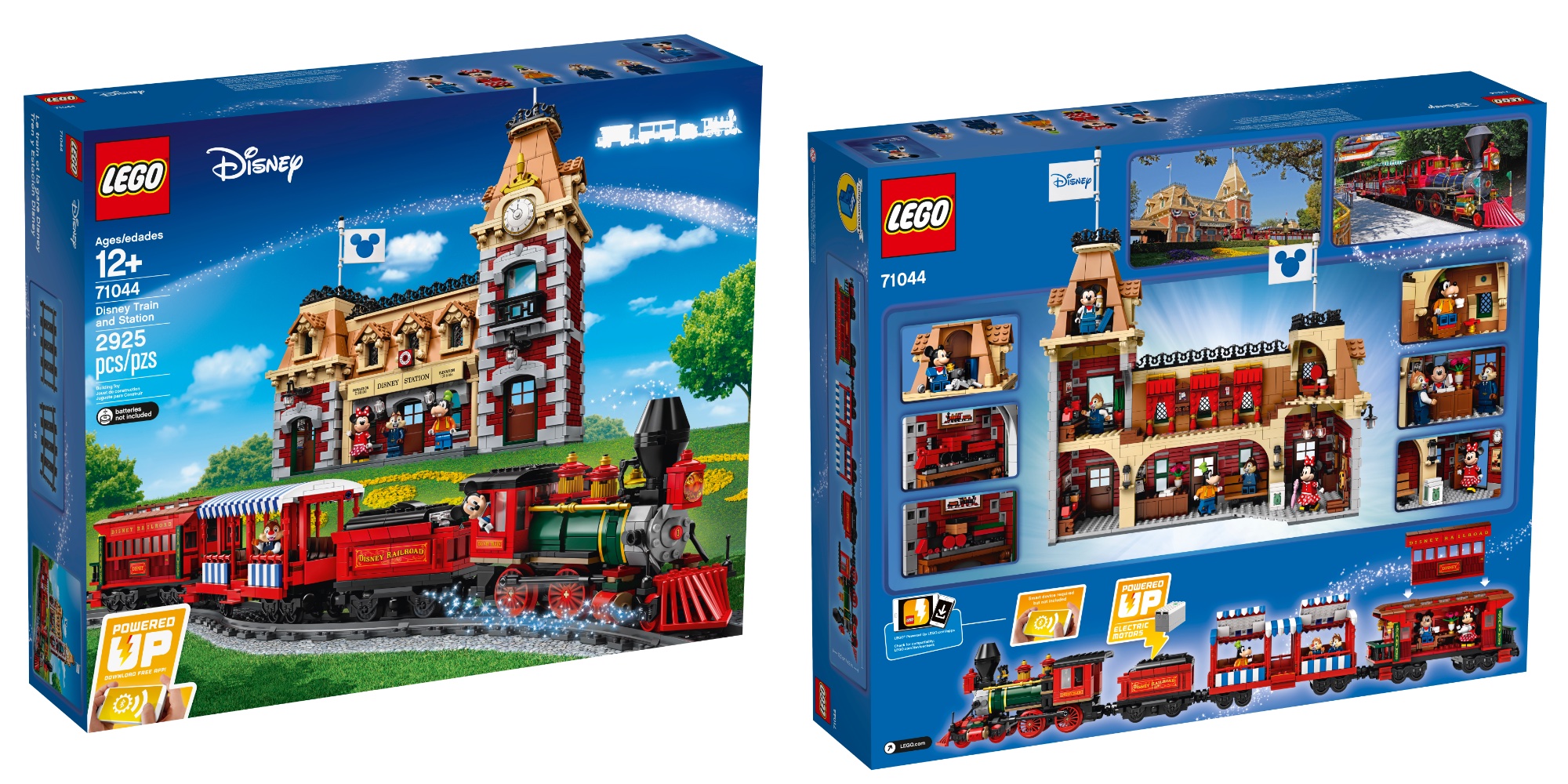 LEGO has done a phenomenal job bringing the iconic building and vehicle into brick-built form. If you’ve ever been to Disney, odds are the new Train and Station are instantly recognizable. As you can expect, there are plenty of masterful building techniques which bring some added realism to the kit. Plus, the exclusive new minifigures will surely have collectors eyeing up the build

Though at $330, we would have liked to see better part count. Stacking up to over 2,900 is still solid, especially for something out of the vault of Disney. But at the more premium price point, a higher number of included elements would have gone a long way to making this tough to pass up on. Even so, this will definitely end up being a must have for any Mickey-loving LEGO fan.