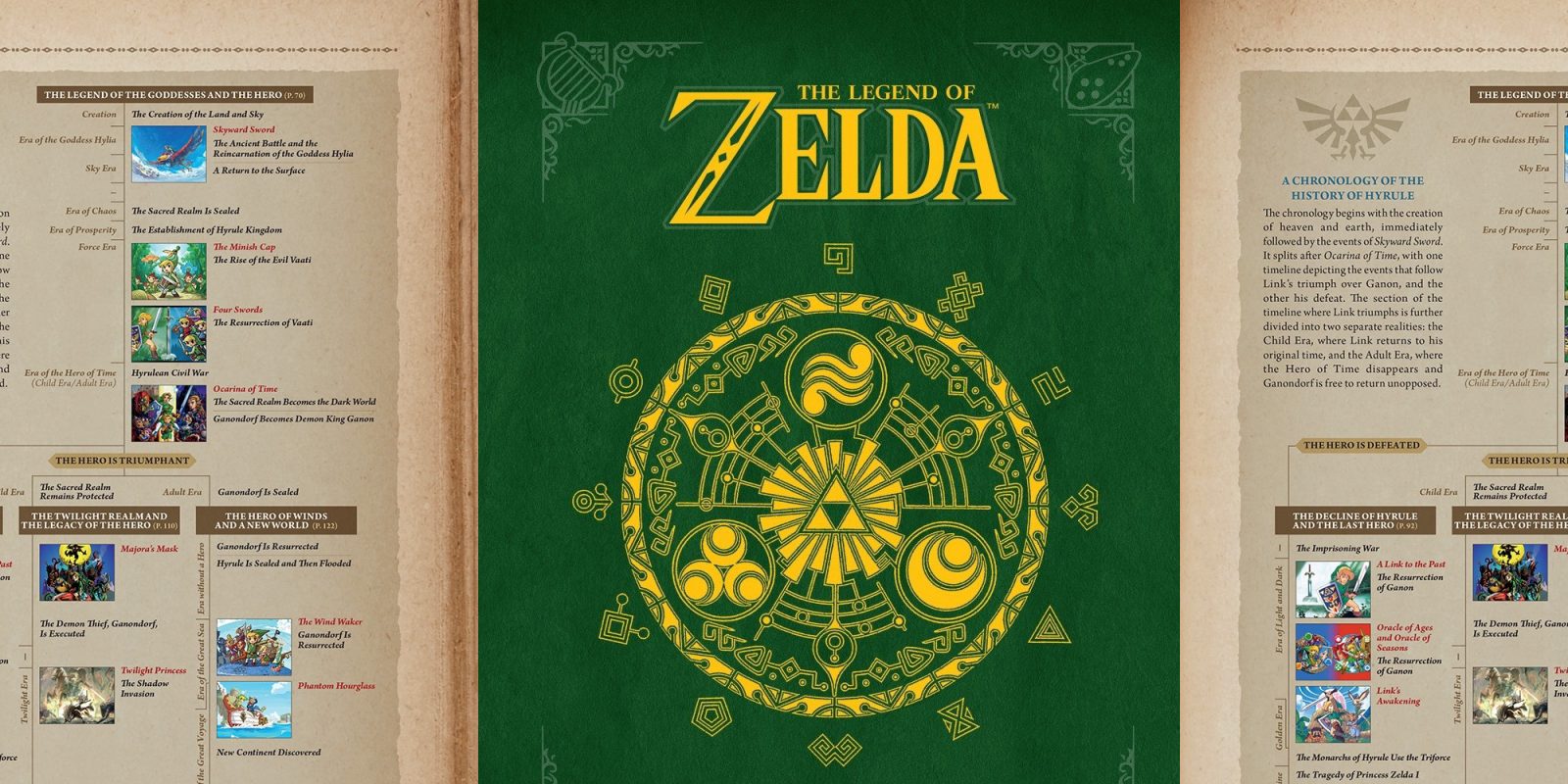 Amazon is offering the hardcover Legend of Zelda: Hyrule Historia book for $17.45. Shipping is free for Prime members or in orders over $25. Regularly between $23 and $27 or so on Amazon, this is the lowest price we a have tracked since Black Friday 2018 and within $2 of the all-time low. Barnes & Noble charge $36 for comparison. An ideal companion to the Legend of Zelda Art & Artifacts and Encyclopedia books, this one features 280 pages of “never-before-seen concept art”, the complete history of Hyrule and what has now become the official chronology of the complex Zelda timeline, among much more. Rated 4+ stars from over 2,800 Amazon customers. More details below.

The Legend of Zelda: Hyrule Historia hardcover is basically a must-have for any hardcore Zelda fan, especially at this price. Having said that, if you’re a more casual user that just wants to celebrate your fandom with some sweet art, you could probably get away with the $5 Legend of Zelda: Breath of the Wild 2019 Wall Calendar. The 2020 version is significantly more expensive but still less than today’s featured deal at $15 Prime shipped.

In other gaming book deals, back in March Nintendo announced that it was bringing The Art of Super Mario Odyssey featuring Bowsette to the US in October. And now pre-orders are at the lowest price ever: $32.63 (Reg. $50). As usual, you’ll be charged the lowest price between the time of purchasing and release anyway.

Get this deal
Reg. $23+ $17.50
You’re reading 9to5Toys — experts digging up all the latest technology and lifestyle deals, day after day. Be sure to check out our homepage for all the latest news, and follow 9to5Toys on Twitter, Facebook, and LinkedIn to stay in the loop. Don’t know where to start? Check out the best Apple deals, our daily podcast, and subscribe to our YouTube channel