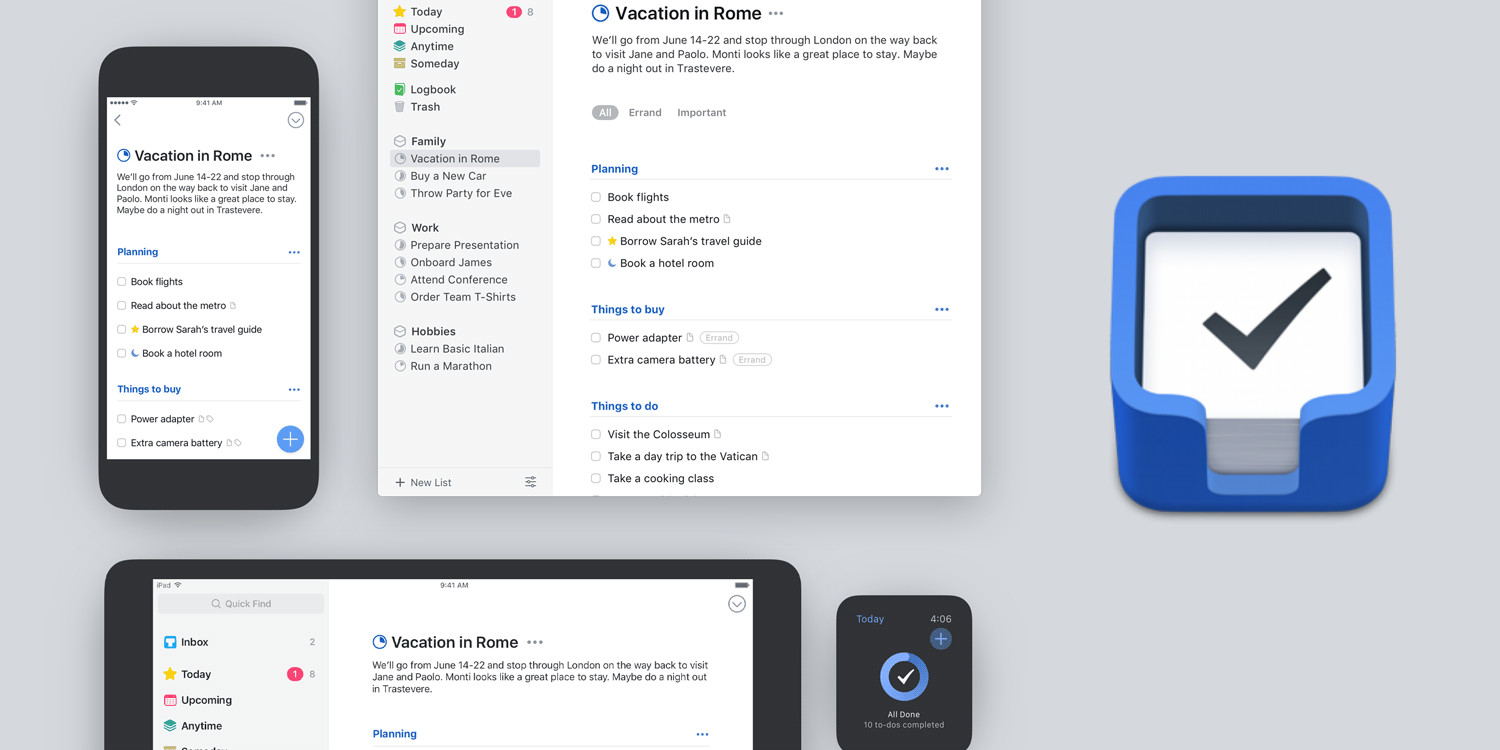 Things 3 is one of the best task apps anywhere. It is among the top ranked productivity apps on the App Store and has just recently been updated for iOS 13 and iPadOS. Along with new additions such as Dark Mode, a series of new gestures and Siri shortcuts, we are now seeing some very rare deals on all versions of Things 3. That includes the iPhone/Watch version at $6.99, the iPad variant for $13.99 and the desktop Mac version for $34.99. Regularly $10, $20 and $50 respectively, all three of them are now at the best price we have ever tracked. From taking notes, to organizing tasks and customizing your mobile workflow, Things 3 has everything you need to take your office on the road. They combine for a 4+ star rating from well over 20,000 users. Head below for more details on the 2017 Apple Design Award winner.

Speaking of notable deals on productivity apps, the popular Notability app saw a rare price drop to $9 (Reg. $12) yesterday evening. You’ll also want to browse through today’s roundup for the rest of the best deals including titles like Get ‘Em, Sentinels of the Multiverse, Machinarium, Be Focused Pro – Focus Timer, Toppl, and many more.

Meet the all-new Things! A complete rethinking of the original, award-winning task manager – with a perfect balance between simplicity and power, incredible new features, delightful interactions, and a timeless new design. Over the past few months we’ve been working away on our Fall updates. Most of the great new features this year are for iPad and iPhone, such as multiple windows and a Home screen widget for iPad, powerful new actions for the Shortcuts app, a new Share Extension, and much more. Visit our blog to see everything that’s new!

Get this deal
Reg. $50 from $7
You’re reading 9to5Toys — experts digging up all the latest technology and lifestyle deals, day after day. Be sure to check out our homepage for all the latest news, and follow 9to5Toys on Twitter, Facebook, and LinkedIn to stay in the loop. Don’t know where to start? Check out the best Apple deals, our daily podcast, and subscribe to our YouTube channel