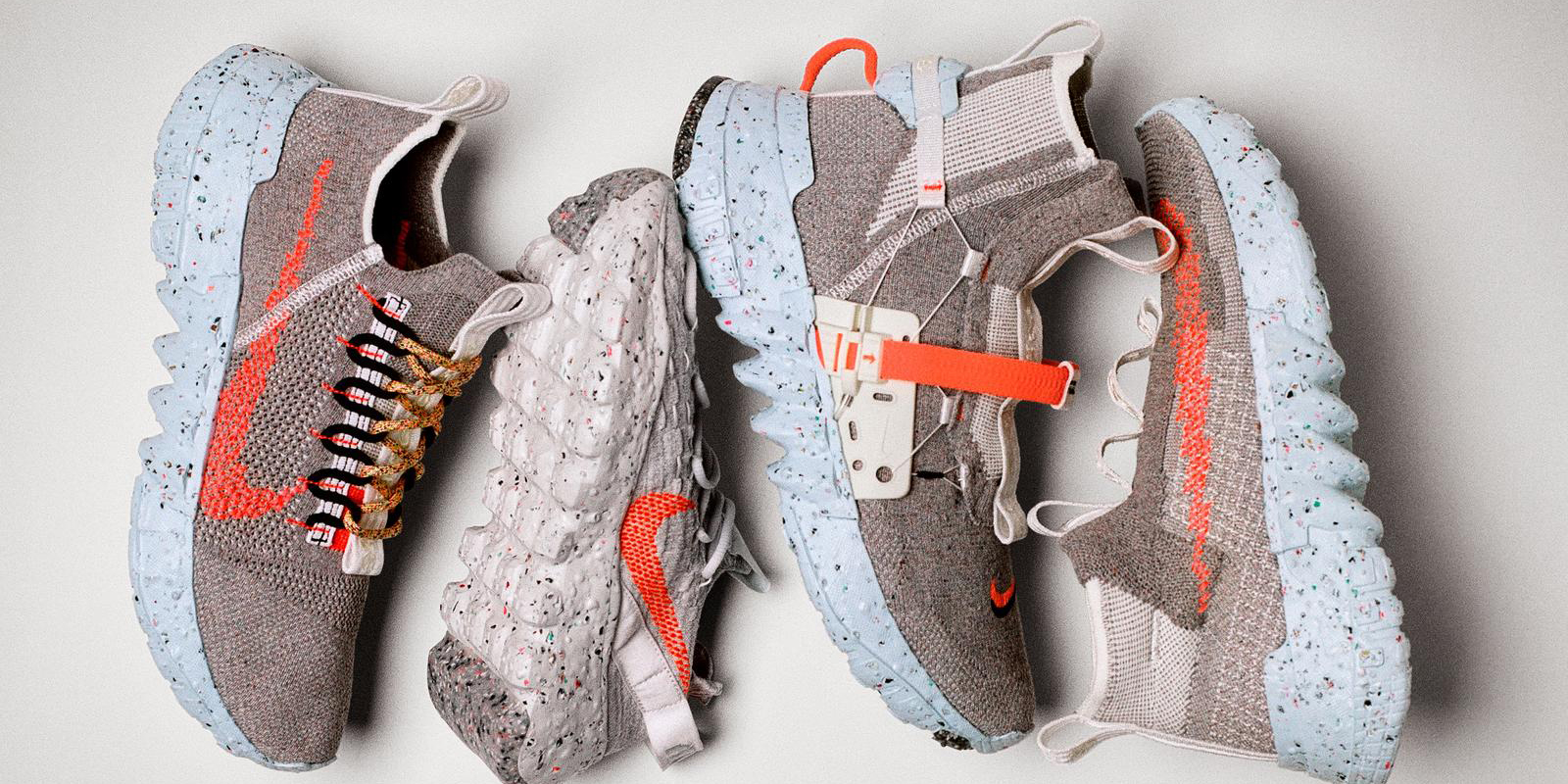 While recycled shoes are hardly a new thing, adidas has been cranking them out for a while now, Nike is turning its attention to this medium to start 2020. The new Space Hippie kicks are an “exploratory footwear collection” with an eye pointed towards more sustainable production. Nike is going with the space theme overall here, calling its sourced materials “space junk”, which is just marketing terms for recycled plastic and rubber. Slated for release later this spring, we have full details on its launch, pricing, and more down below.

The latest creation from Nike leverages scrap materials found on the floor of its factories around the world. While many companies, Nike included, are making efforts to be less wasteful, the bottom line is that excess material is just a part of the manufacturing process. Nike is looking to remedy this manufacturing conundrum with four new shoes made almost exclusively from excess rubber and other materials left over from its other shoe creations.

Officially, there are four models: Space Hippie 01, 02, 03, and 04. Each of which features the lowest carbon footprint of any Nike shoe ever made. Every model is made of 100% recycled material, including water bottle scaps, yarn, and t-shirt leftovers. The soles come from ZoomX foam scraps that are mixed with 15% Nike Grind rubber.

“Space Hippie product presents itself as an artifact from the future. It’s avant garde; it’s rebelliously optimistic. Space Hippie is also an idea. It is about figuring out how to make the most with the least material, the least energy and the least carbon.”

Each style delivers its own unique take on running shoes, which a special twist thanks to its recycled nature. As noted recently, Nike is already seeing the effects of climate change on its business. You can learn more in the video below:

Nike will be making its new Space Hippie shoes available to the general public through its SNKRS app later this spring. Final pricing has yet to be announced, but we can all but guess you’ll end up paying over $100 and perhaps north of $200 for these recycled shoes. Demand is sure to be high for one of Nike’s most innovative releases in recent memory and with the push for climate change reconciliation happening all around us, these are likely going to be very popular.

While we’re on the subject of shoes, be sure to check out this new collab between PUMA and SEGA on some iconic Sonic the Hedgehog kicks.