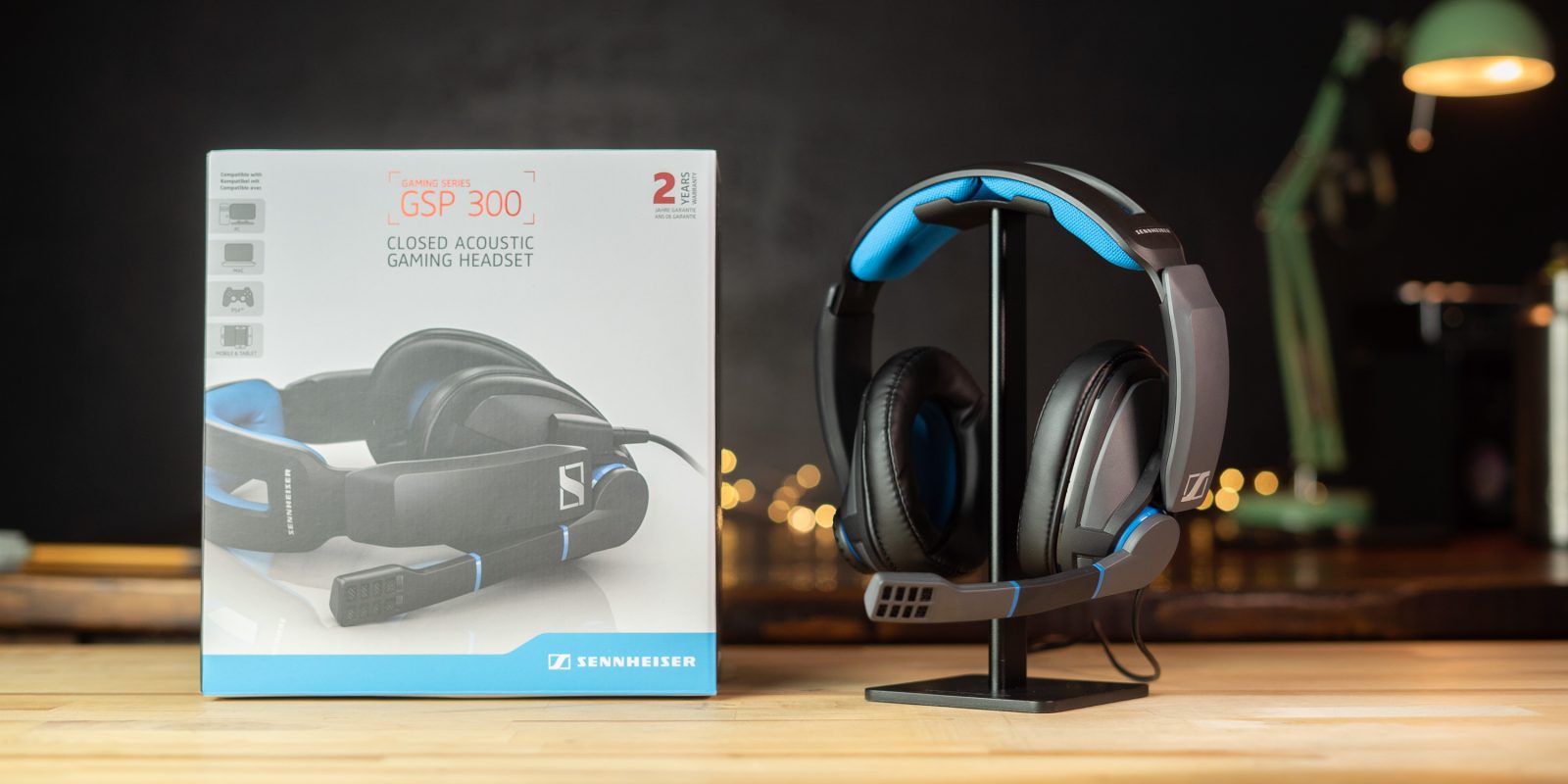 We’ve partnered with Sennheiser to give away one of their wired gaming headsets, the GSP 300. Unlike the GSP 370 and 670 we’ve reviewed in the past, the 300 is the entry-level from Sennheiser and features a wired design that can be used with many devices. The headset is normally priced at $100 but is also on sale through the end of the month for just $70 on their website. Head below to check out the video and see the giveaway details.

Since the GSP 300 is a good old fashioned wired gaming headset, there isn’t much in the box. In addition to the headset, there is an adapter to take the separate audio and microphone cables into a single 3.5mm TRRS connector.

Also inherent in the wired design, the GSP 300 works with more than just a PC. That cable and adapter allow it to be used on PS4, Xbox One, Switch, phone, or a Mac computer as well. Wireless can be great, but it can also limit what a headset can do. 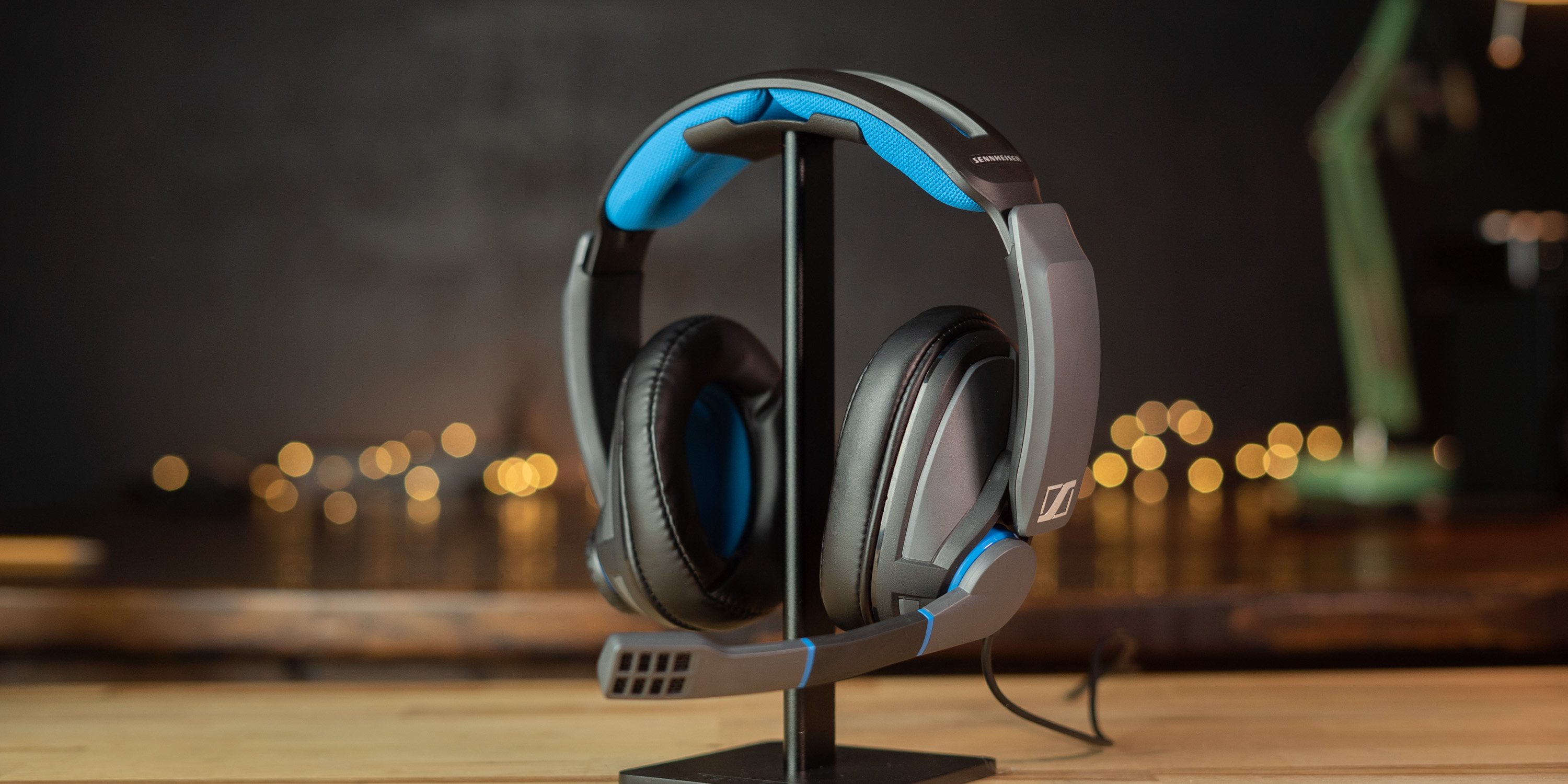 Style and design cues are shared across the entire GSP line The same wide headband, large earcups, and hard microphone are present on the 300 as well as the $320 wireless 670. Because of its simple design and function, on the left of the headset, we have the microphone. Just like the rest of the line, muting the mic is as easy as raising it up. On the right side is the volume knob. It is smooth all the way from 0 to 100, with hard stops on both ends. 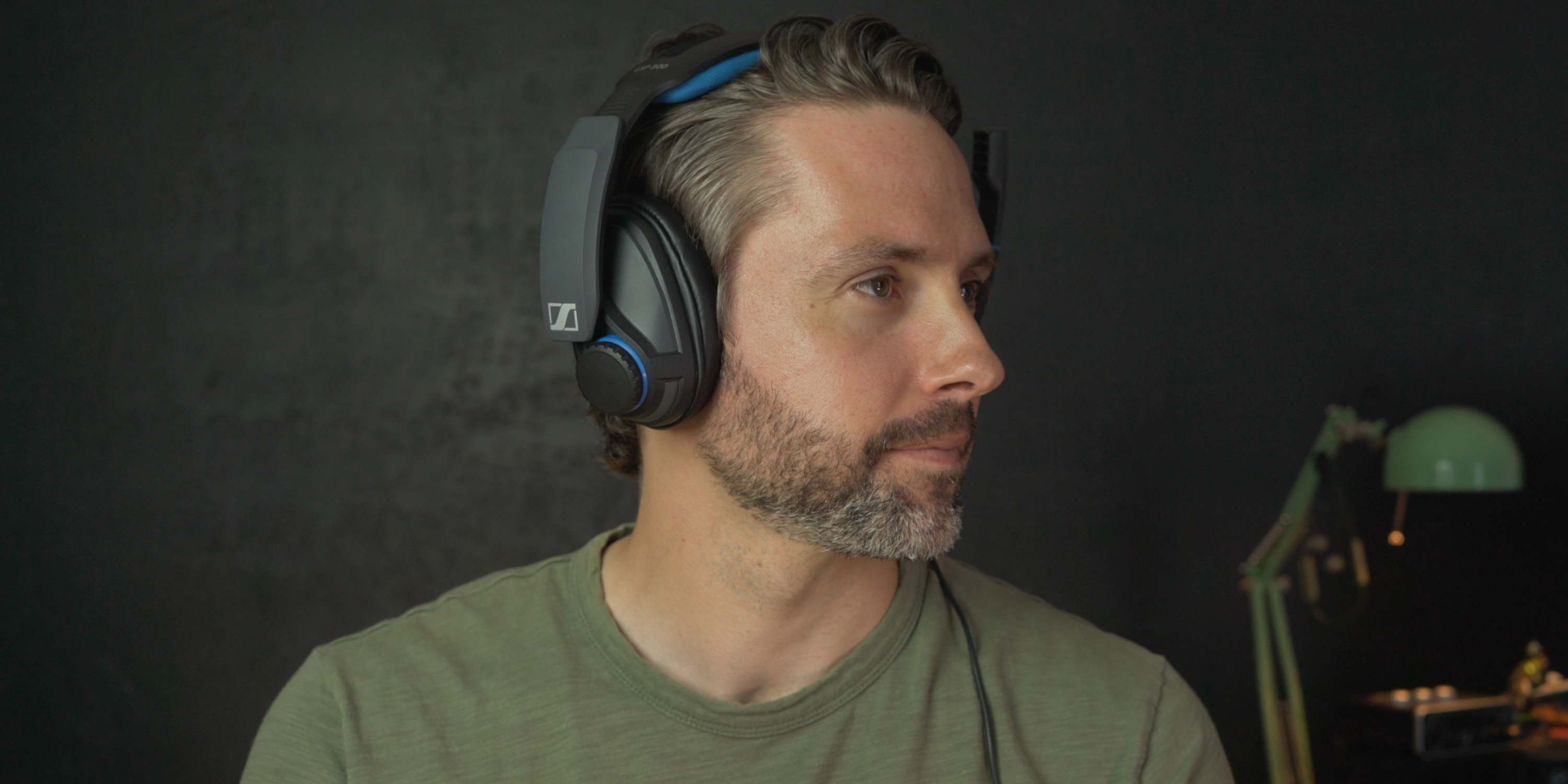 A wide headband matched with memory foam earpads makes the GSP 300 plenty comfortable. They do have quite a bit of clamping force, which can be desirable or not, but that also helps with sound isolation and the overall sound of the headset. Initially they feel a little tight, but I think over time they’ll get even more comfortable when the memory foam earpads wear in.

Size can be adjusted with stepped settings, and the earcups rotate some, but there isn’t a whole lot of movement. The earcups also don’t rotate to lay flat if you want to take them off.

How does it sound?

Not surprisingly, the GSP 300 sounds incredible. With a frequency response from 15Hz – 26,000Hz, the headset has great presence and clarity. One of the features called out is “improved bass performance,” and I’d say that’s true. Not muddy or overpowered, the bass frequencies seem to be pushed forward a bit for a very fun sound in a gaming headset. 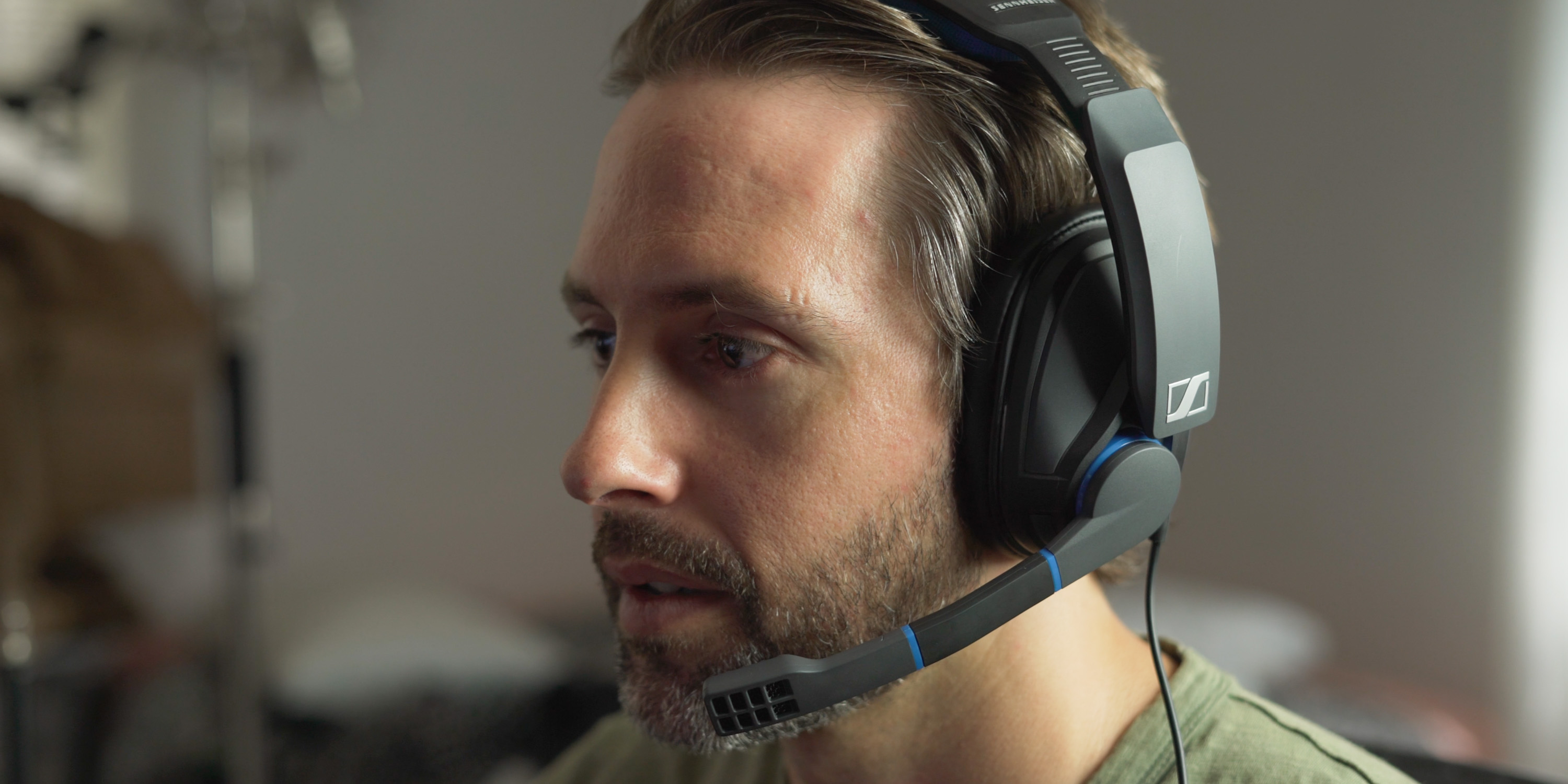 Music is also a lot of fun to listen to through the GSP 300. With that little bass bump, tracks like Dua Lipa’s Don’t Start Now sound tight and powerful. Highs are bright and clear without being too harsh. I found it easy to pick out instruments in music and also sound effects while gaming. They can also be turned up quite loud without any noticeable distortion.

Unlike the GSP 370 and 670, though, you cannot use the Sennheiser Suite to change or dial in the sound. With those other more expensive wireless variants we’ve reviewed, there is quite a bit you can do to adjust the EQ and also add some effects to the microphone. 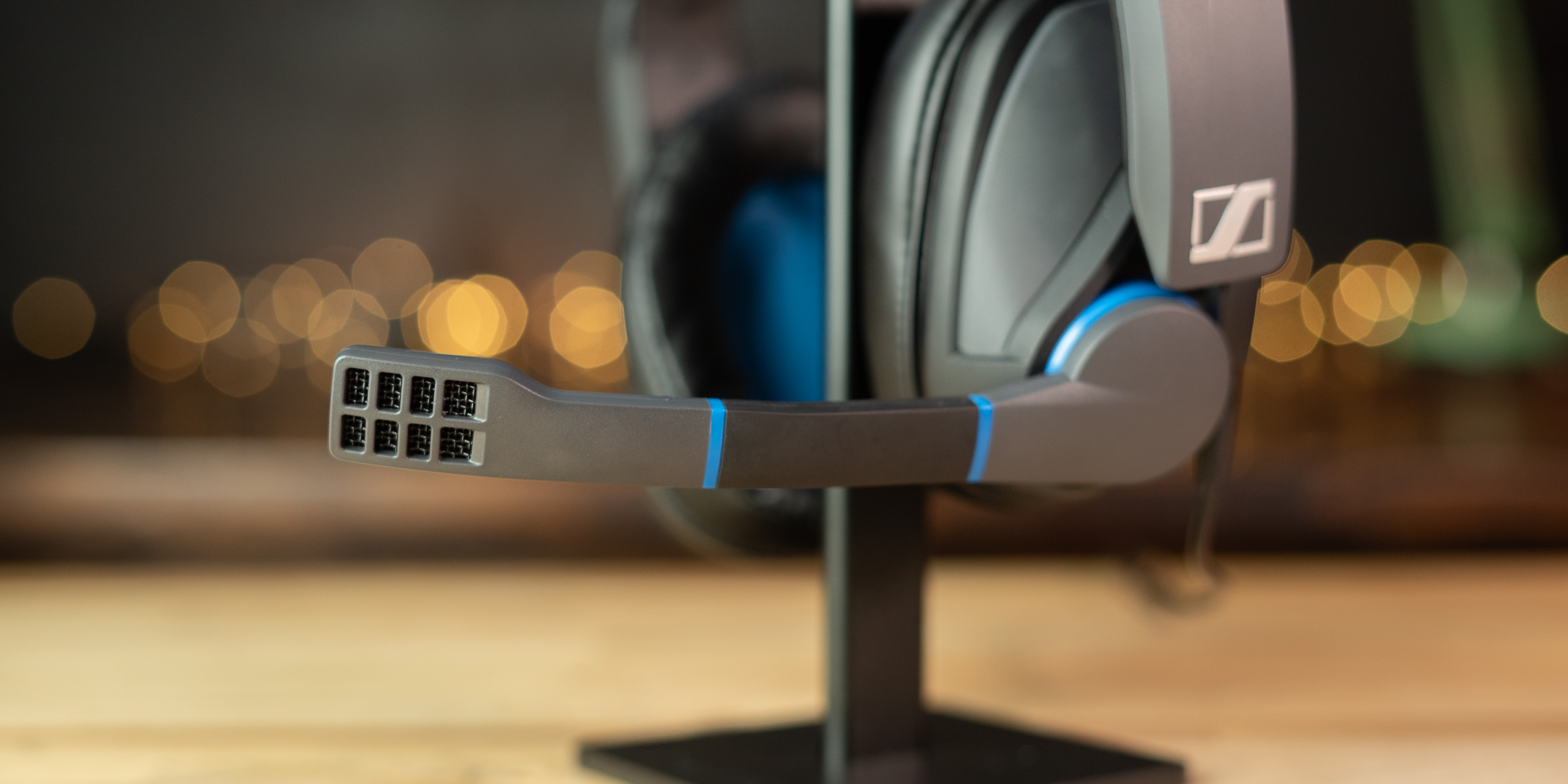 Another area where the GSP 300 shines is in microphone quality. Wired headsets aren’t going to have the same bandwidth limitations as wireless, and that seems to show itself on the 300. As far as the noise-canceling, it still picked up a lot of noise from my Razer Huntsman keyboard. Of course, if you want to make this mic or any other gaming headset mic sound better, check out our tutorial on improving the sound from a gaming headset mic. 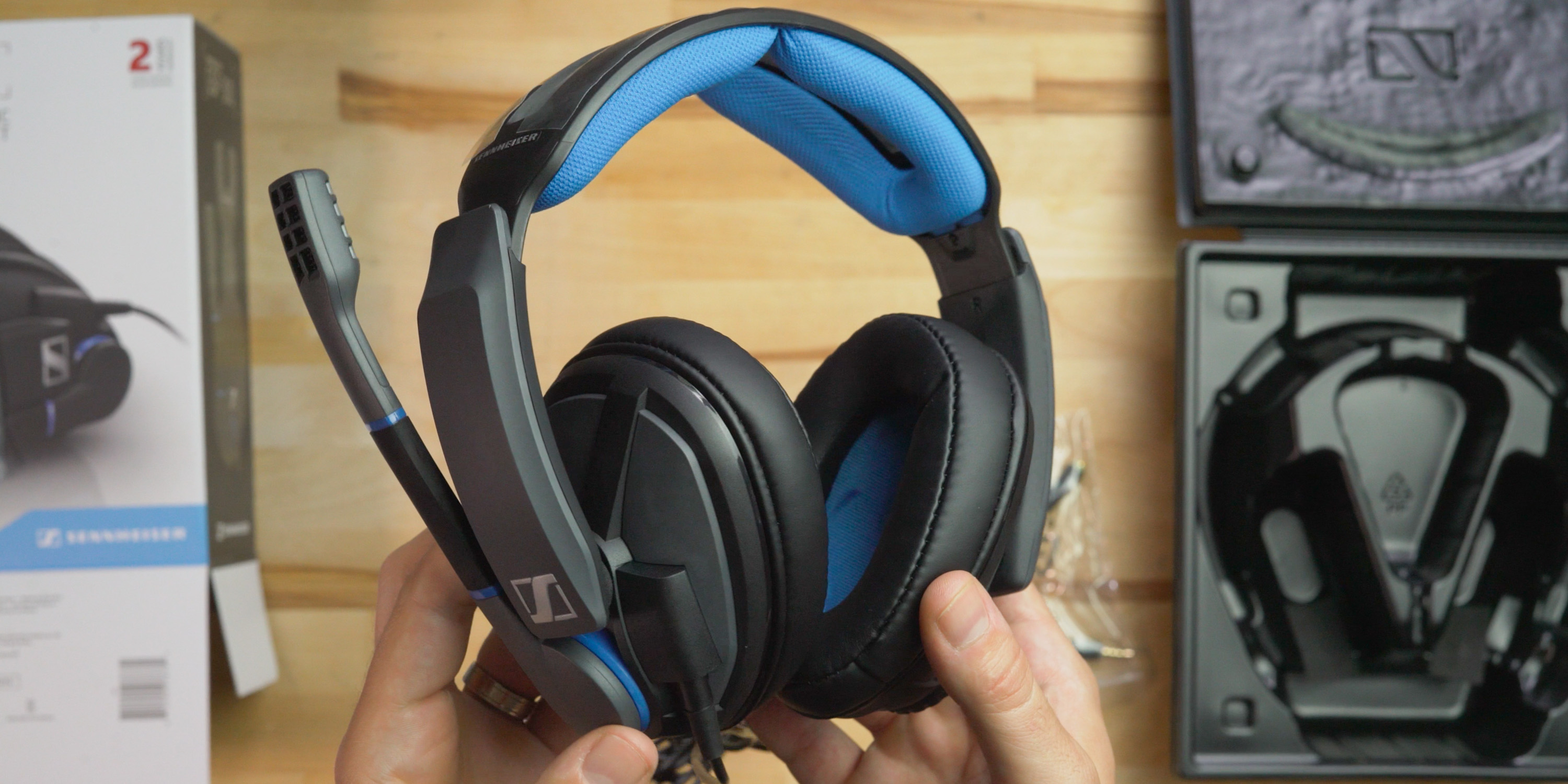 Overall, the GSP 300 is a great gaming headset, especially at the current price of $70. They sound great for music and games and also have a great sounding microphone, which is just as important in a gaming headset. It’s a bummer the other colors aren’t also discounted since the black and white variants are better looking in my opinion.

How do I enter?