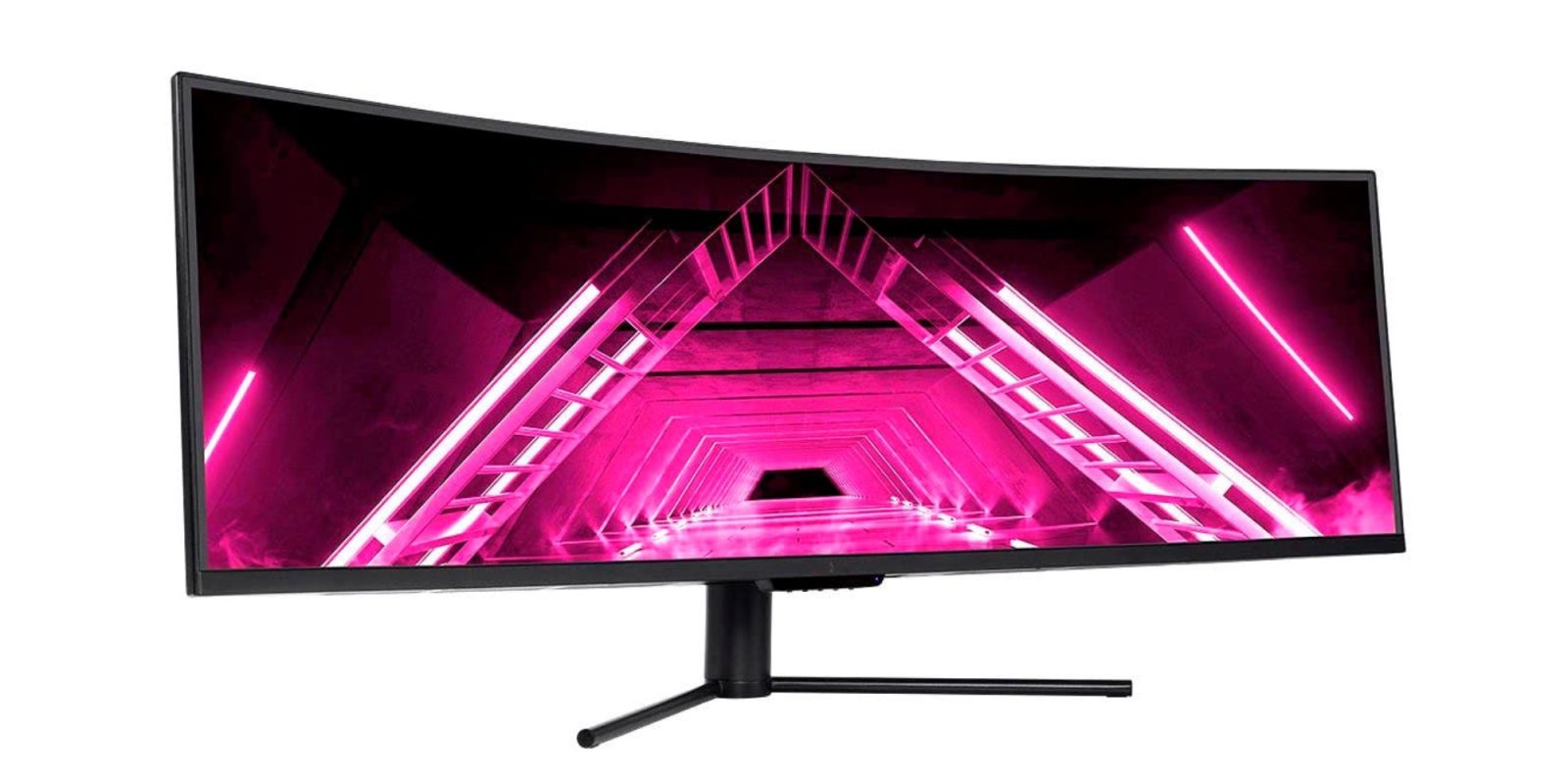 Monoprice today is debuting its latest in a series of budget-friendly gaming monitors. Entering as the brand’s first 49-inch display, the new Dark Matter Curved UltraWide looks to take on the competition with a more affordable price tag and 5120x1440p resolution. Head below for all the details on the new Monoprice 49-inch Curved UltraWide, including pricing and more.

Compared to past releases from Monoprice in the gaming monitor space, its latest debuts as the largest yet. Previously this summer, we’ve seen some entry-level models hit the scene with price tags starting at $180, as well as a more battlestation-worthy 43-inch UltraWide. But now we’re getting the most full-featured display yet from Monoprice, with a 49-inch curved panel.

Monoprice’s new Dark Matter 49-inch UltraWide Monitor enters with a 5120x1440p Quantum Dot panel. Alongside the inclusion of a 120Hz refresh rate, AMD FreeSync helps gamers get the most out of the new display. It features an 1800R curvature, which helps ensure that all 49-inches of screen real estate can actually fit within your field of vision.

The selection of I/O included here in one area where the more affordable price tag on Monoprice’s latest becomes more apparent. Instead of USB-C, which is becoming the standard on a lot of higher-end monitors, you’ll find a pair of DisplayPort and HDMI inputs. There’s also a USB-A port added in for good measure. Monoprice is also throwing in a removable stand with VESA capabilities for those looking to integrate this into an existing setup.

Those hoping to add the new Monoprice Dark Matter 49-inch Curved Gaming Monitor to their setup will have to shell out $900. While that’s certainly a steep price tag that can hardly be considered affordable, it’s notably less than you’ll find with competing models. For comparison, most other 49-inch displays sell for $1,000 or more at Amazon.

It seems like Monoprice has been closely watching what the folks over at Samsung are working on in the gaming space, as the latest debut today closely mirrors the new Odyssey G9 display. Sure you’re not getting the high-end functionality that Samsung’s releases carry, but Monoprice seemingly makes up for that with a much more appealing price tag.

So if you’re looking to add 49 inches of screen real estate to your gaming setup and don’t need to have the most premium upgrade, this looks to be a pretty solid compromise as far as price is concerned.