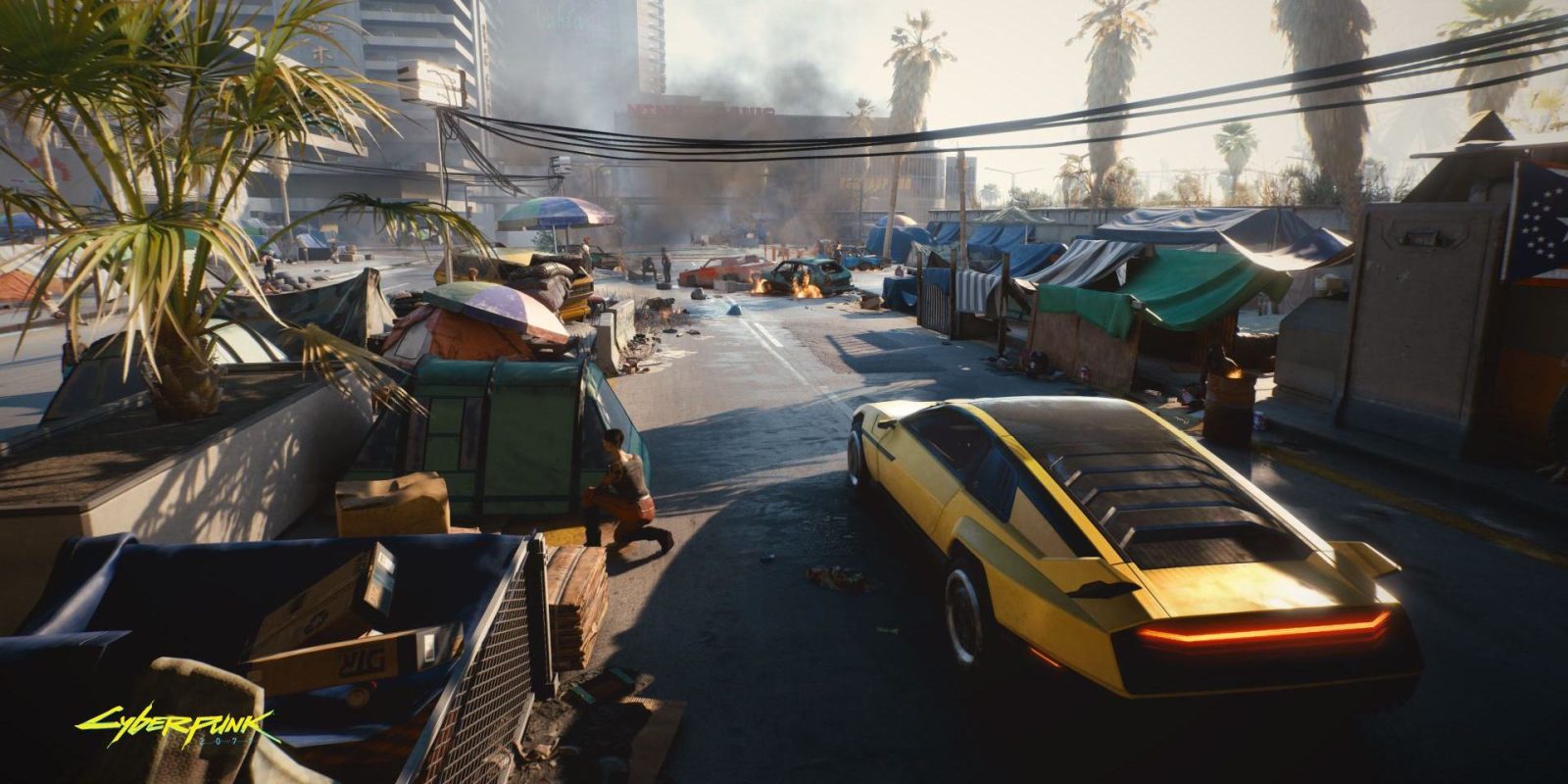 Cyberpunk 2077 backward compatibility with next-generation consoles has now been confirmed. Your PS4 and Xbox One copies of the game will work on Sony and Microsoft’s upcoming flagship consoles, and we are also looking at a free next-generation update after that. But it’s not all good news from the CD Projekt Red camp right now, as Cyberpunk 2077 has been delayed once again. Head below for all the details.

Cyberpunk 2077 is an open-world game set in a very adult future. Taking place in Night City, the first-person game is CDPR’s’s follow up to the celebrated Witcher 3 and easily one of the most anticipated games in recent memory alongside The Last of Us II. Just as the amazing new Cyberpunk 2077 Xbox One X went up for pre-order, it appeared the already delayed game was holding firm with its September release date. Unfortunately, all that has now changed.

The CDPR studio head and founder took to the official Twitter account recently to give its fans the bad news. Once previously set for release on September 17, Cyberpunk 2077 is now scheduled to release on November 19, 2020. Initially expected in April, the game has now been bumped twice so that CDPR can tidy up the experience as much as possible and do the right thing by gamers. Tough, but probably the best thing for everyone considering this is CDPR we are talking about. 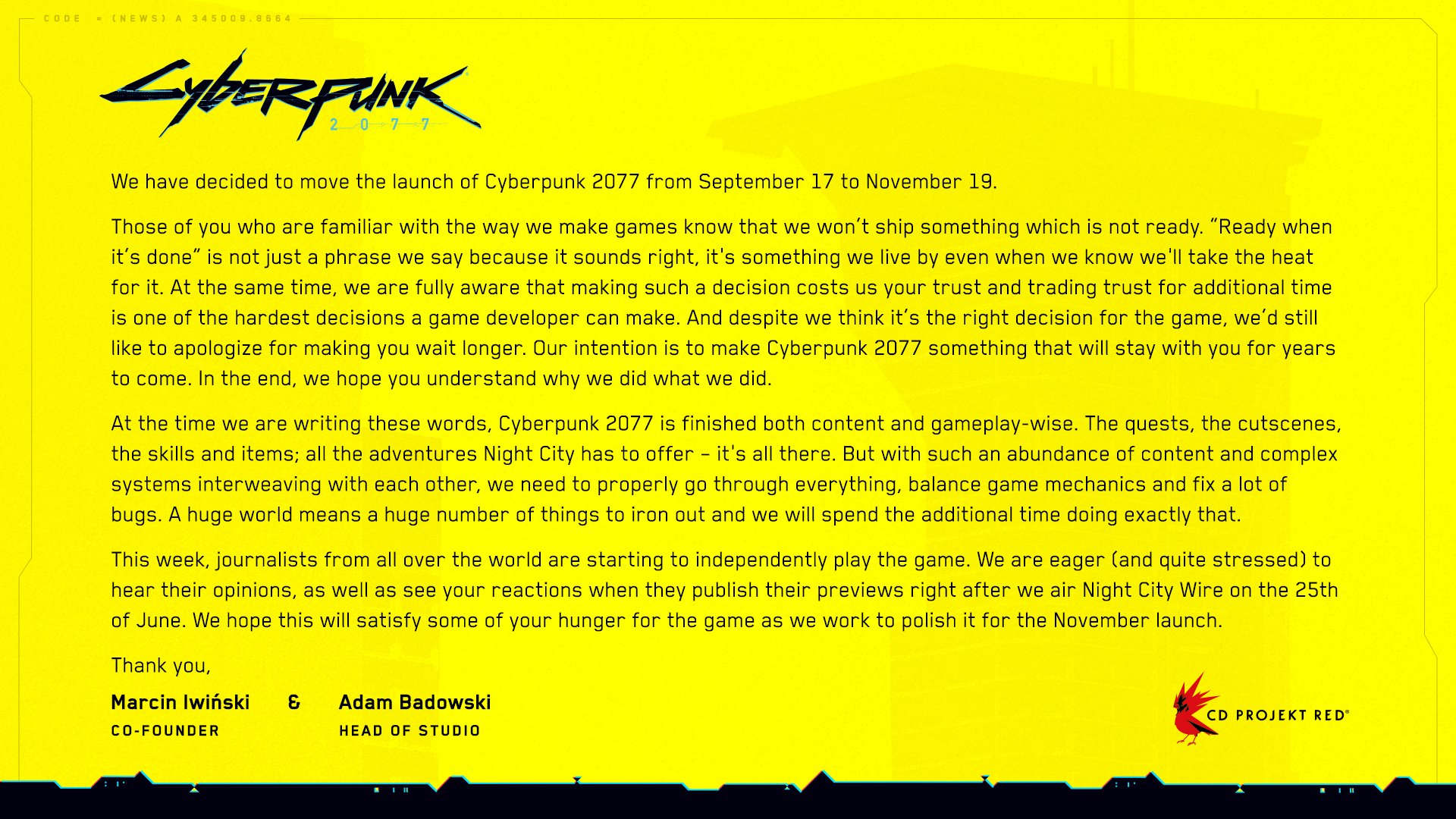 But it’s not all bad news today. Cyberpunk 2077 backward compatibility has now been confirmed. This means that players who purchase the game for PS4 and Xbox One in November will be able to play the game via PlayStation 5 and Xbox Series X on launch day (whenever that might be):

We are happy to confirm that Cyberpunk 2077 will be backwards compatible with both next-gen consoles! Your PS4 copy of the game will work on PS5 on launch day. Anyone who buys the game on Xbox One will be able to play their copy on Xbox Series X when the console launches too!

While CDPR had already confirmed a free Xbox Series X upgrade for owners of the Xbox One version, it appears to be doubling down here now. On Twitter this morning, the powerhouse development studio also confirmed a later upgrade to Cyberpunk 2077 that takes full advantage of the next-generation hardware will be issued for free. It doesn’t specifically mention PlayStation 5 today, but it sounds as though that will be the case with the Cyberpunk 2077 backwards compatibility. 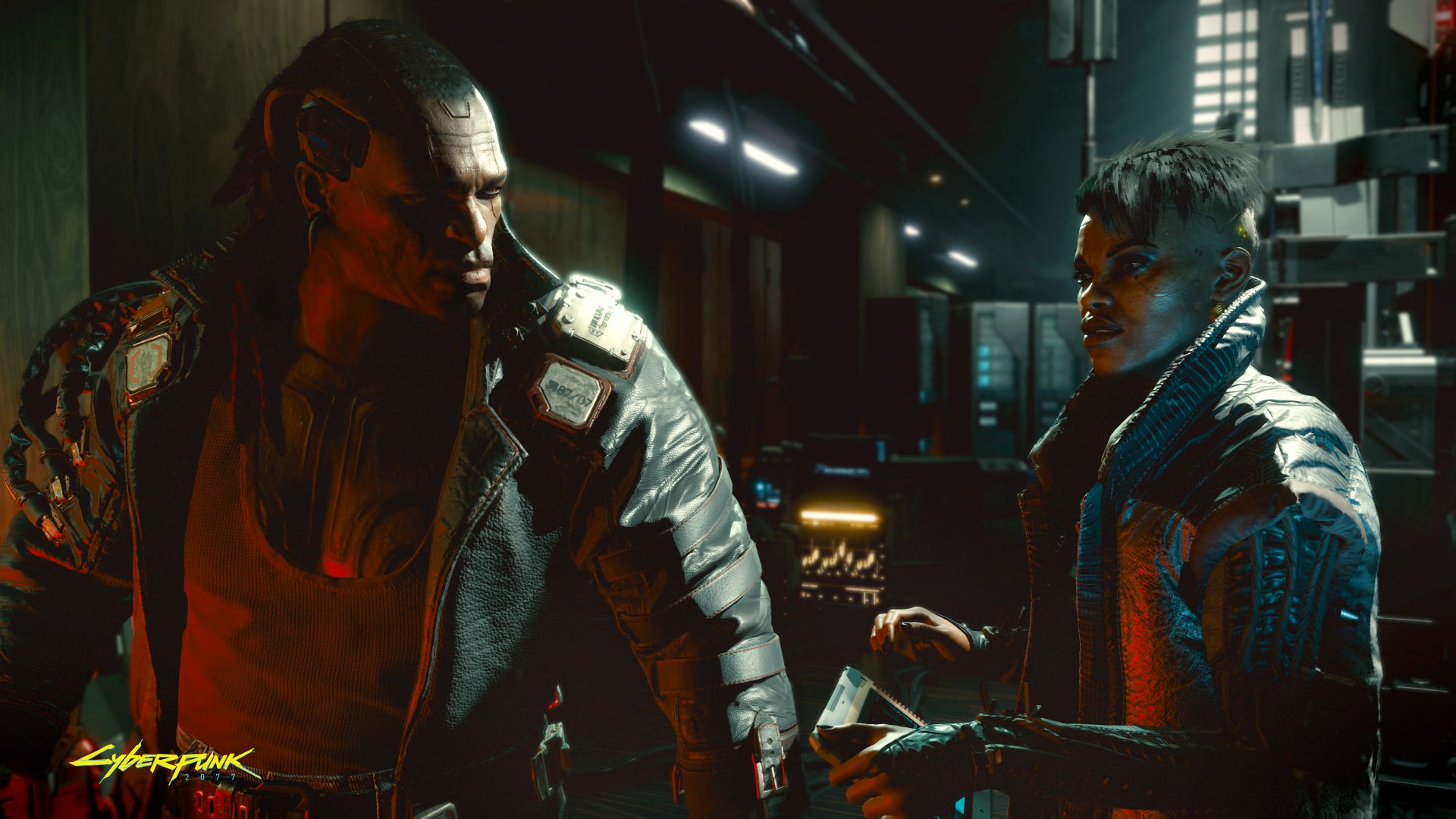 Cyberpunk 2077 is now set for release on November 19 for PlayStation 4, Xbox One, and Windows PC. It is also now up for pre-order on Amazon at $10 off.

Well, this delay is a tough pill to swallow for gamers that have been eagerly waiting on this one for many years. But if CD Projekt Red — a studio famous for doing right by gamers when it comes to in-app purchases, micro-transaction, additional content, and more — says it needs more time, we ought to give it to them. The team is simply ironing out some bugs and ensuring the game is actually up to its extremely high standard of performance and entertainment. After waiting this long (or working on it for this many years), there’s no sense rushing it to marketplace unfinished, like some developers are infamous for. While there’s no surprises here when out comes to the way the development house is treating Cyberpunk 2077 backward compatibility, it’s’s just another reason we all love CD Projekt Red.

In case you missed it, here’s everything you need to know from EA’s’s E3 replacement event, Sony PS5 showcase, and all of today’s best game deals.