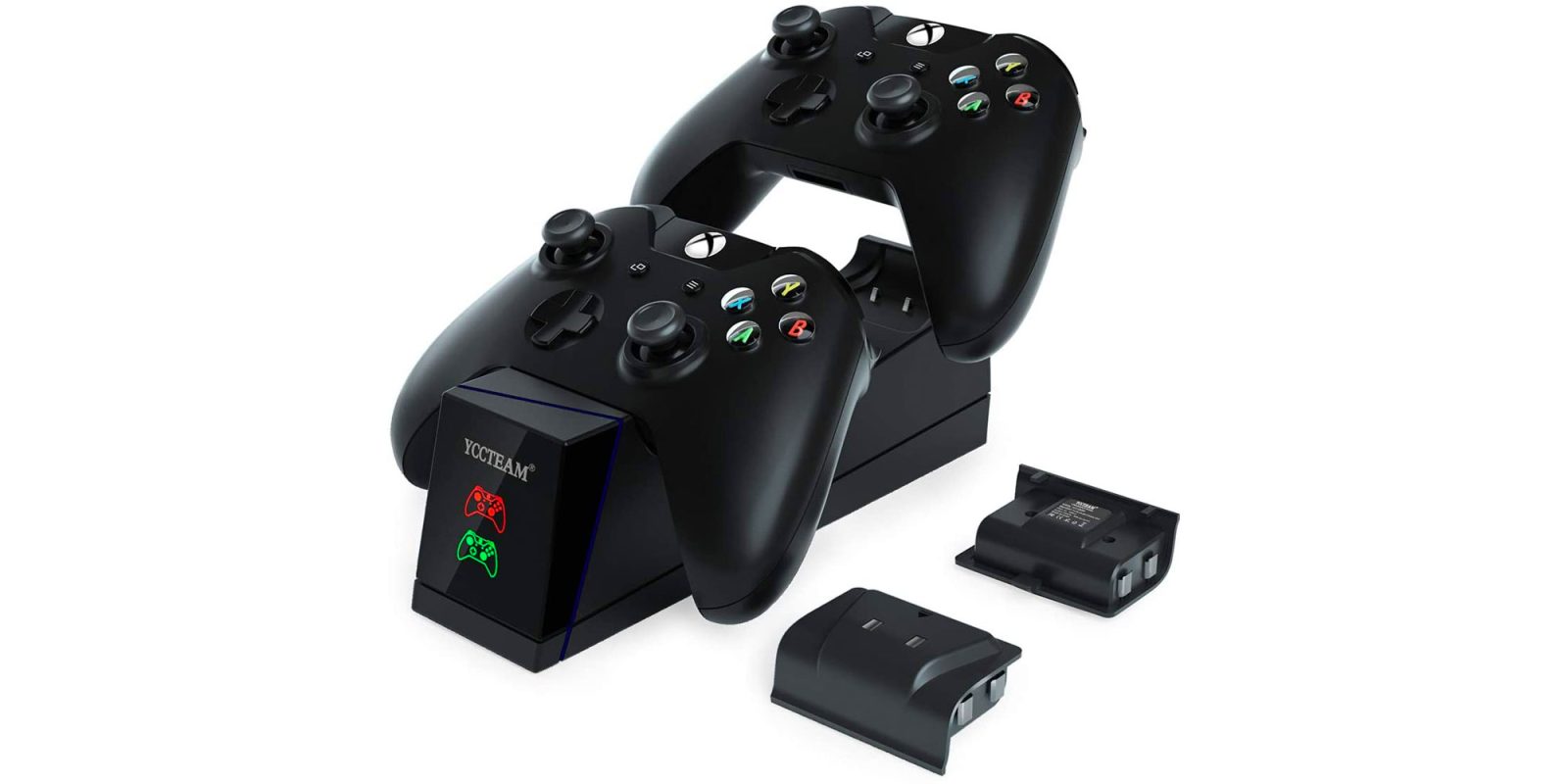 CTC Technology (98% positive lifetime feedback) via Amazon is offering the YUCCTEAM Xbox One Controller Charger for $25.23 shipped. Down from $30, today’s deal is one of the best prices that we’ve tracked in 2020 and is the lowest available. While Sony ships its DualShock 4 controllers with built-in rechargeable batteries, Microsoft has yet to join that crowd. This kit packs two rechargeable batteries that are compatible with Xbox One and Elite controllers and even has a charging station to keep everything powered on. Rated 4.4/5 stars.

Ditch the included charger to save some cash. PowerA has a dual battery kit that can be recharged via MicroUSB either while playing or with the battery removed for just $15 Prime shipped. The main reason you’re saving cash here is there’s no bundled dock to keep your controllers charged while not playing.

Speaking of controllers, did you see what PowerA launched earlier today? The all-new new MOGA XP5-X Plus Android and Project xCloud Controller is designed for on-the-go gaming and has a built-in rechargeable battery designed to last for hours before it needs to be plugged in.

Battery Pack for Xbox One : The rechargeable battery has a capacity of 1200mAh, which is more durable than other 500mAh and 1000mAh products. When fully charged, it will maintain 8-10 hours of playtime. Compared with disposable AA batteries, this rechargeable battery can save more money and make a great contribution to the environment. This charging station has been upgraded to support a variety of Xbox One controllers, such as Xbox One, Xbox One S, Xbox One X and Xbox One Elite controllers

Get this deal
$30+ $25
You’re reading 9to5Toys — experts digging up all the latest technology and lifestyle deals, day after day. Be sure to check out our homepage for all the latest news, and follow 9to5Toys on Twitter, Facebook, and LinkedIn to stay in the loop. Don’t know where to start? Check out the best Apple deals, our daily podcast, and subscribe to our YouTube channel