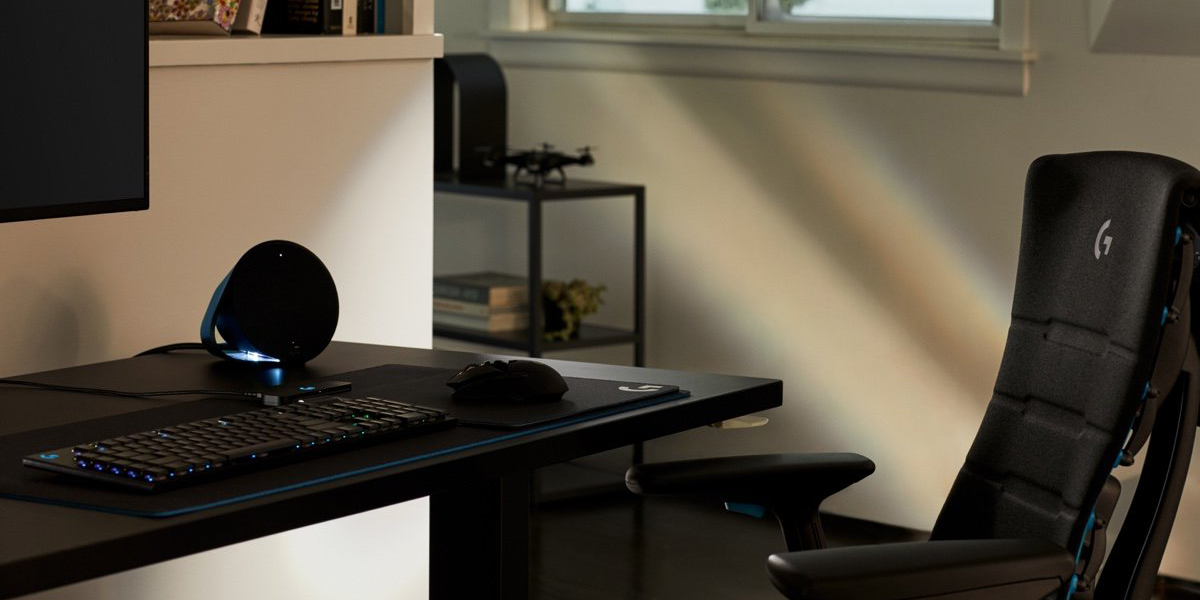 Herman Miller and Logitech have spent most of 2020 teasing its upcoming Embody gaming chair collaboration. Official details hit last month as the chair officially launched for pre-orders. Demand has been through the roof so far, which is of no surprise. Herman Miller’s line of desk chairs has long been lust-worthy, and its partnership with Logitech really takes it to the next level.

Today, we’re learning that Herman Miller will also be shipping two other products as part of its partnership with Logitech. The Motia Gamin Desk and Ollin Monitor Arm will be part of the new lineup with matching black colors that will fit right in with your setup. Full details, pricing, and availability can be found below.

Logitech and Herman Miller first detailed their partnership back in February, before a global pandemic sidelined their momentum. We finally got the full details in July. But it turns out, Herman Miller also has plans to release additional products within its line of products made with Logitech.

Today, we’re getting additional details on the Motia Gaming Desk and Ollin Monitor Arm, both of which are now available for purchase. When combined with the Embody Gaming Chair, you’ll be able to create a full-on matching setup with a sleek design.

It’s easy to see that the Motia Gaming Desk is arguably one of the sleekest options to center your battlestation around. With a smudge-proof design and adjustable height, it’s ready to withstand up to 200 pounds of weight.

An RGB lever on the right side adjusts the height up and down with built-in motors. It’s pretty wild to see gaming lights on a Herman Miller desk, but I have to say, it’s a good look in this instance. The top comes in at 60 by 30 inches with an adjustable height from 27 to 26 inches.

Adding to the Herman Miller Logitech line is the Ollin Monitor Arm. It sports a matching design to complement the workstation above with support for 20 pounds of weight. It also sports a three-point cable management system to keep things looking sleek and tidy.

A variety of tilting points allow the arm to adjust in various ways while supporting traditional and ultra-wide displays. A clamp system on the bottom allows it to attach to a range of desks, including the Motia also being featured today.

The Ollin Monitor Arm is available for $295.