Show your support for the Empire with this limited-edition Darth Vader Sony PlayStation 4 system, pre-order now 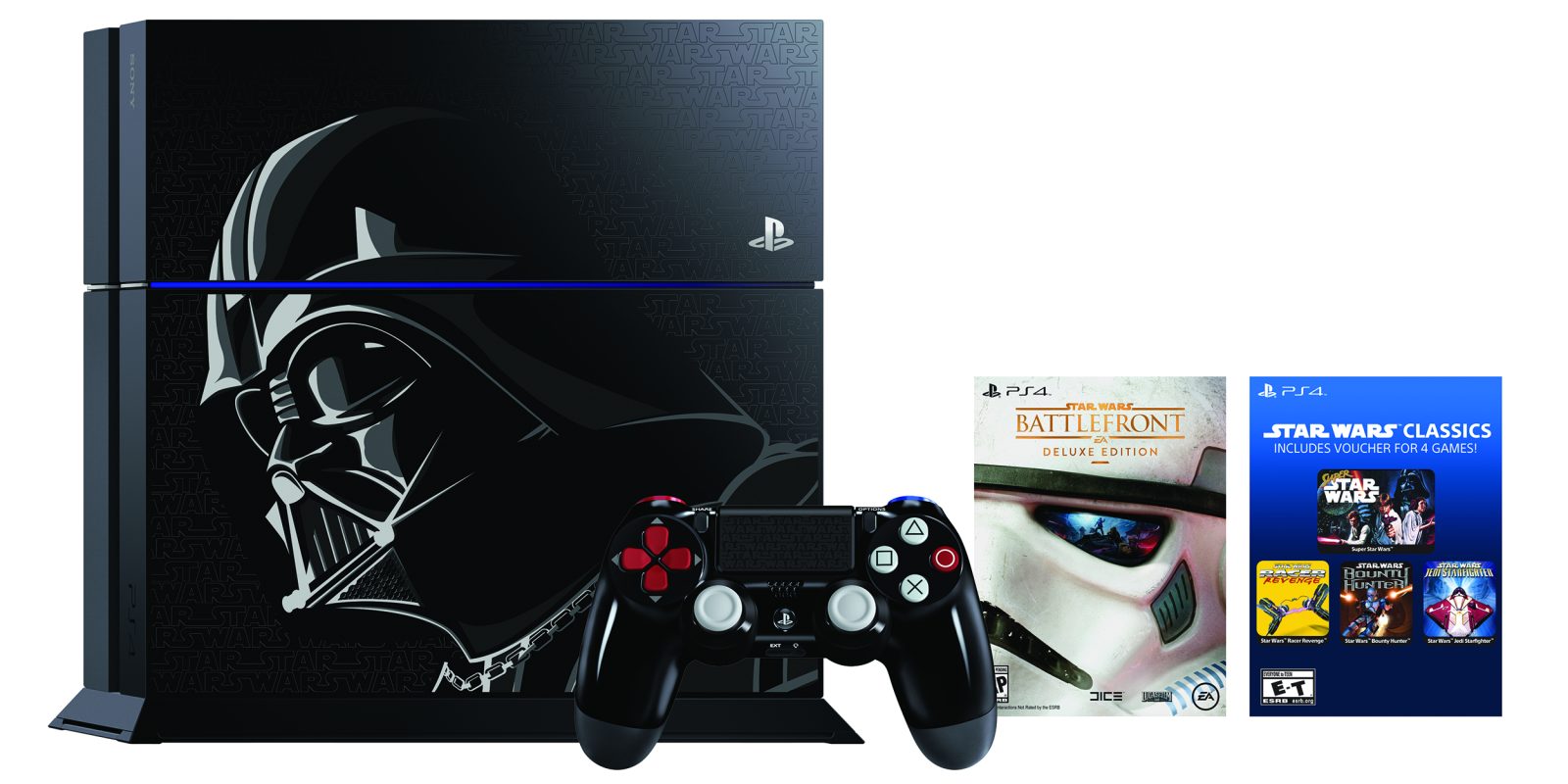 Update (9/11 8:10am): Pre-orders are now open at Amazon for $449.99 with free shipping. Also available via Gamestop and Walmart. The Star Wars PS4/Disney Infinity 3.0 bundle is now live at Walmart.

Darth Vader is the inspiration behind one of two limited-edition Star Wars: The Force Awakens PS4 bundles available this November, with pre-orders starting soon!

Head below for full details on this new bundle…

Playstation’s August 16 announcement included details about the specs and design of the much-anticipated system:

As expected, the bundle comes with Star Wars Battlefront Deluxe Edition in addition to the system and controller, as well as a voucher to download four different Star Wars games. There will also be a Disney Infinity 3.0 bundle exclusive to Walmart. Both bundles are slated to begin pre-orders soon with November shipping dates.