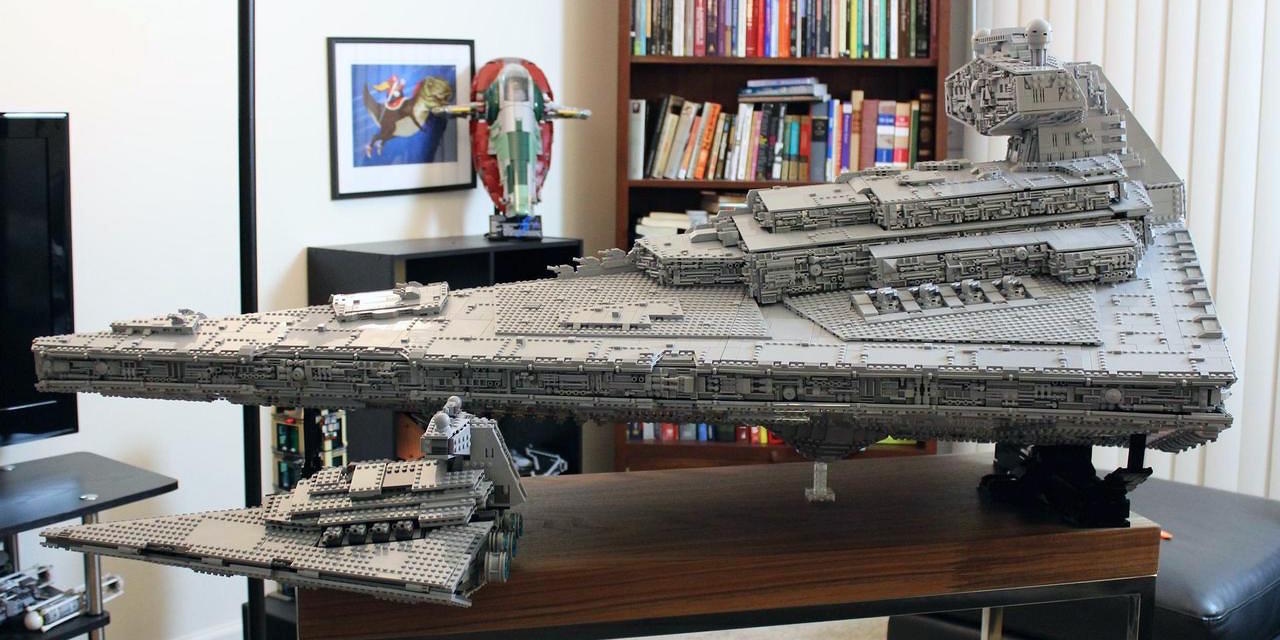 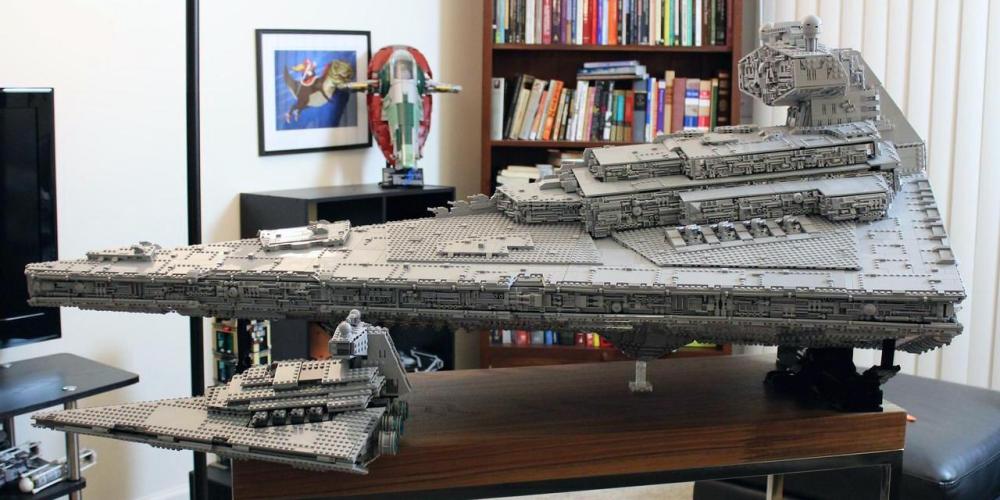 While we have certainly seen some impressive official LEGO sets released over the last year or so like the new Ghostbusters set and the 1,600 piece Minecraft set, today’s custom build dwarfs the official counterpart. The massive Imperial Star Destroyer can be seen above with the official 2014 Star Destroyer set (75055) in the foreground.

Built by Doomhandle, this custom design measures over 56 inches (1.4m) long and weighs over 70 pounds. It is around 20 times the size of the official kit and is made entirely of LEGO components outside of some LED embellishments that are yet to be added.

Much like the custom Arkham Asylum model we featured previously, Doomhandle’s Imperial Star Destroyer: the ISD Tyrant is incredibly detailed with a full 3 story interior including loads of mini figs, a hangar bay, command bridge, TIE Interceptors, a medical bay and other very impressive details.

You can get a closer look in the gallery below: