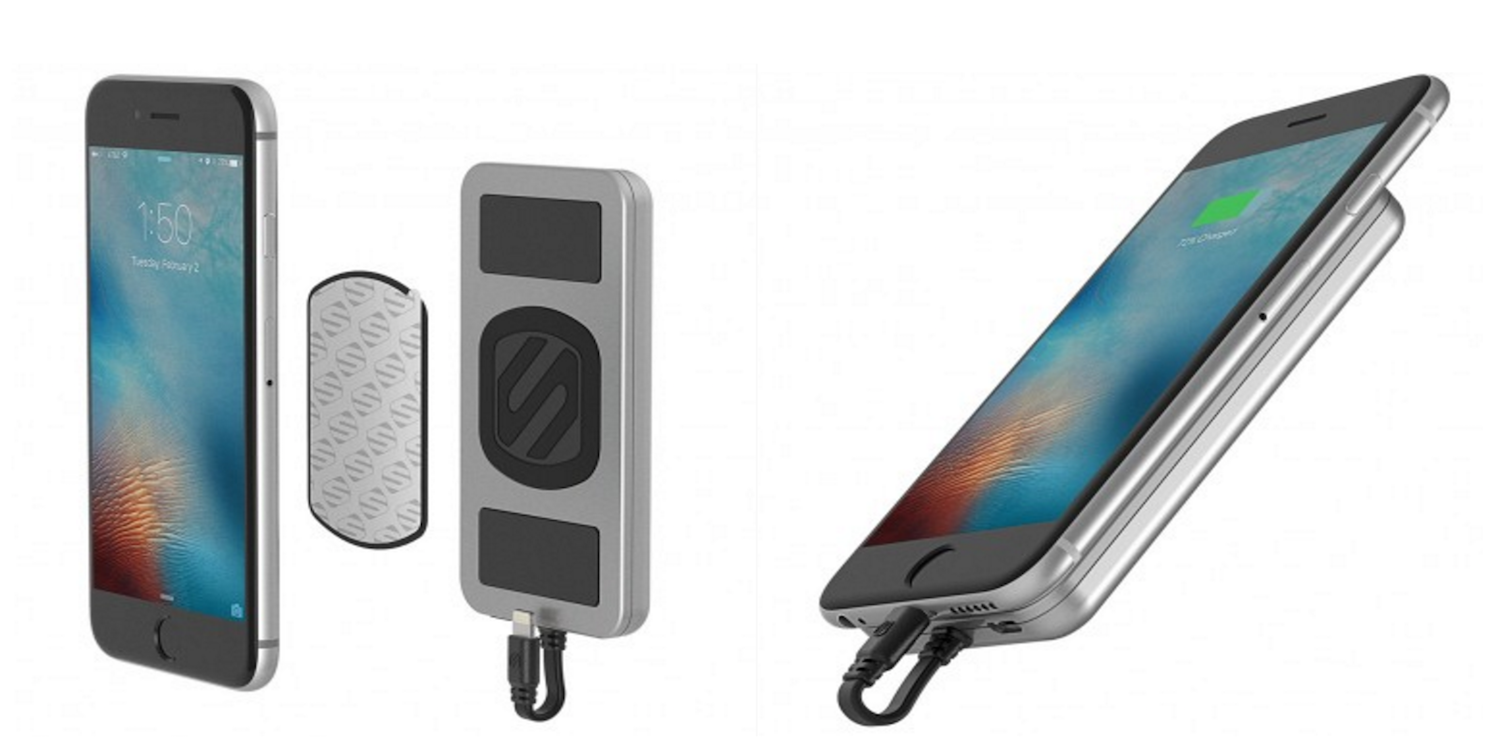 As someone that often carries around a portable battery or two when on-the-go for extended periods of time (because I don’t particularly like the added bulk of using a battery case), this new MagicMount product from Scosche looks very interesting.

A super slim magnetic pad goes on your phone, and the battery pack then magnetically attaches to it when needed and connects to your iPhone over a built-in Lightning connector or micro-USB for Android. That gives you the benefits of a battery case by having the portable battery attached to the device, but also allows you to easily remove it once you’ve added enough juice to your device.

The battery pack includes a 4000mAh rechargeable lithium-ion battery and 2.1A output, which should get you around two full charges on your iPhone 6 or 6s, for example.

In the box you’ll get MagicPlates, a small pad with earth magnets that allow the battery pack to connect to your device magnetically. And you’ll also of course get the battery pack itself with the built-in Lightning connector or micro-USB for Android, as well as a micro-USB cable that’s used to charge the battery.

If you happen to use a protective case of sorts on your device, Scosche notes you can mount the magnetic pad underneath the case:

The MagicMount PowerBank comes in black, silver, gray, gold, and rose gold options to match the iPhone colors, but only in black for the micro-USB version for Android phones:

You can buy it for $59.99 with Lightning for iPhone, or $49 with micro-USB for Android, from the company’s website now.