Ebay’s Sonix (99.2/100 rated) offers the UE MEGABOOM Bluetooth Speaker in Black manufacturer refurbished for $169.00 with free shipping. That’s good for $130 off the original MSRP, $125 less than Amazon and the lowest price that we have ever seen in any color. It is also $30 less than the MSRP of the smaller Boom/2.

The UE Megaboom was first released back Spring 2014, collecting a 4.4/5 star rating from 320 Amazon customers. We positively reviewed this speaker, noting that it “takes the volume to 11”

Features include 360-degree sound, IPX7 waterproofing, 100-ft. Bluetooth range and can be controlled via the UE MEGABOOM app. Users can expect a 20-hour battery life from a single charge. A microUSB cable is included for powering the speaker.

Logitech recently announced that you could use Siri or Google Now through Megaboom speakers. 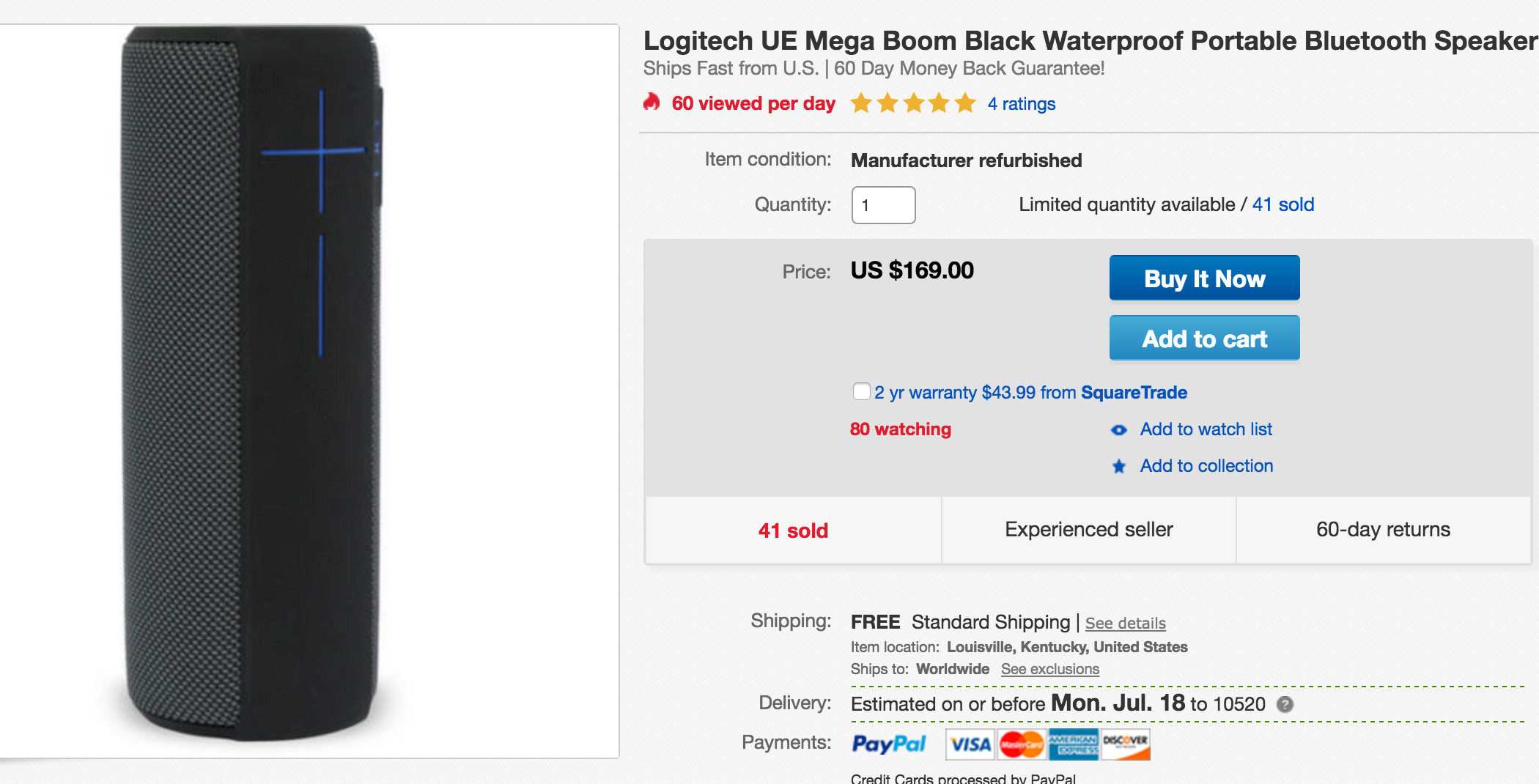