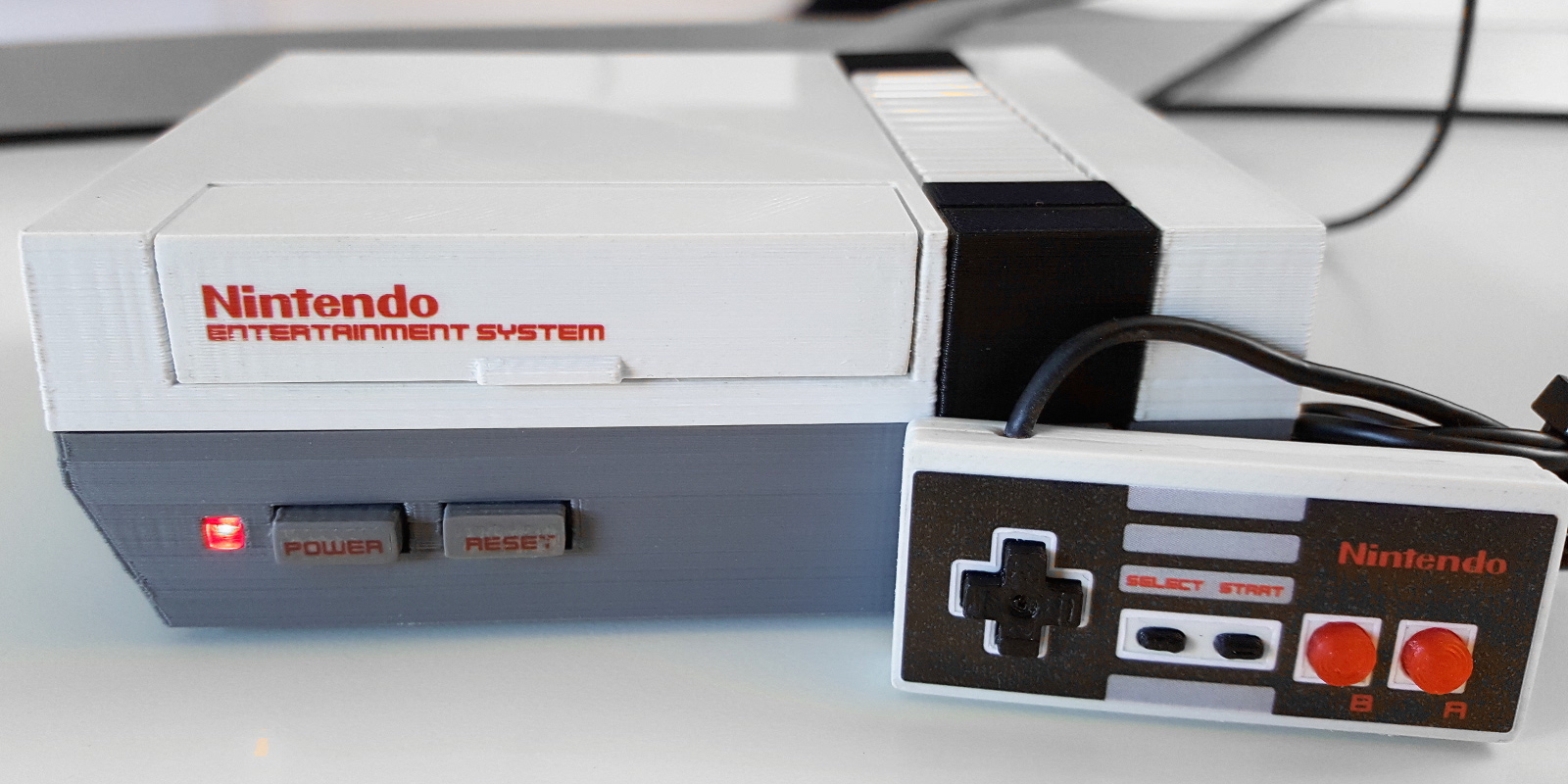 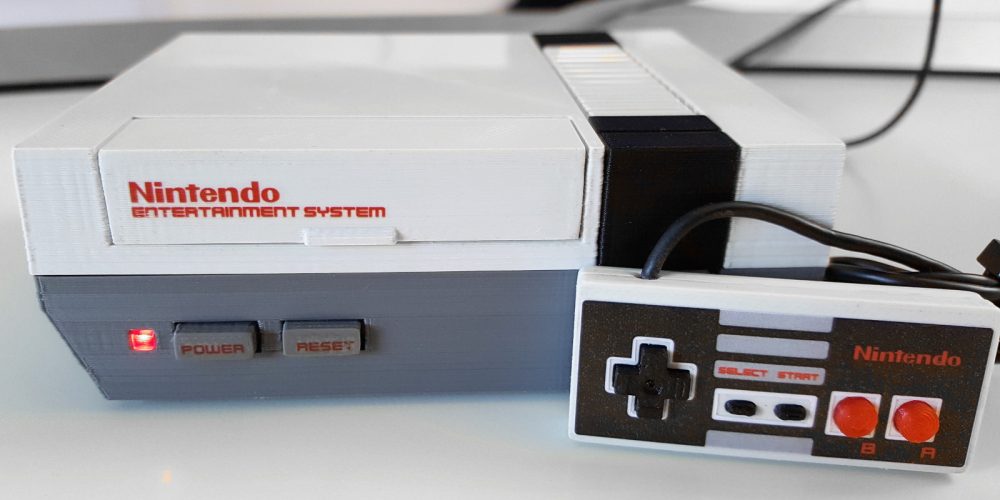 After the official announcement of the new NES Classic mini, and then the new ATGames Sega Genesis hitting the market, it seems as though vintage gaming hasn’t been this popular in a while. However, in the DIY world, classic gaming consoles and handhelds have always been at the forefront. And builder/DIYer daftmike may have just outdone Nintendo with his very own NES re-creation.

The 3D printed case resembles the original and is powered by a Raspberry Pi and an Arduino board. Unlike Nintendo’s new NES, this sucker has internet access, and a built-in SD card for storing more games. He also printed tiny game cartridges with NFC chips telling the system which game to load up off the internal storage. Sure, it’s gimmicky, but awesome at the same time. You can even boot the games up inside the machine using a simple NFC app on your phone.

The whole system (including the cartridges) is about 40% the size of the original machine, along with that adorable little NES controller you see in the video. 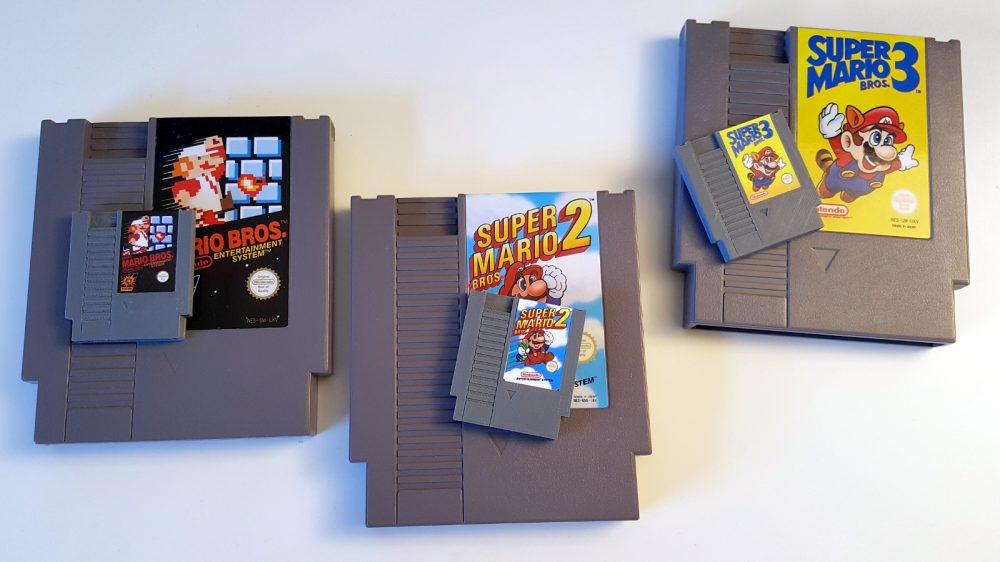 I want one, and I want it right now. Unfortunately for everyone, this is daftmike’s one of a kind Raspberry Pi NES. So you’ll have to build one for yourself if you want one bad enough. You can get more information on how to do that from his blog page. It might be a little more rough around the edges than the Nintendo offering, but it is certainly a lot more functional and isn’t stuck with only 30 games.

Until then, enjoy these suggestions on how to play classic games on your big screen right now and be sure to check out Nintendo’s official offering. You can even take your original SNES controllers wireless now! 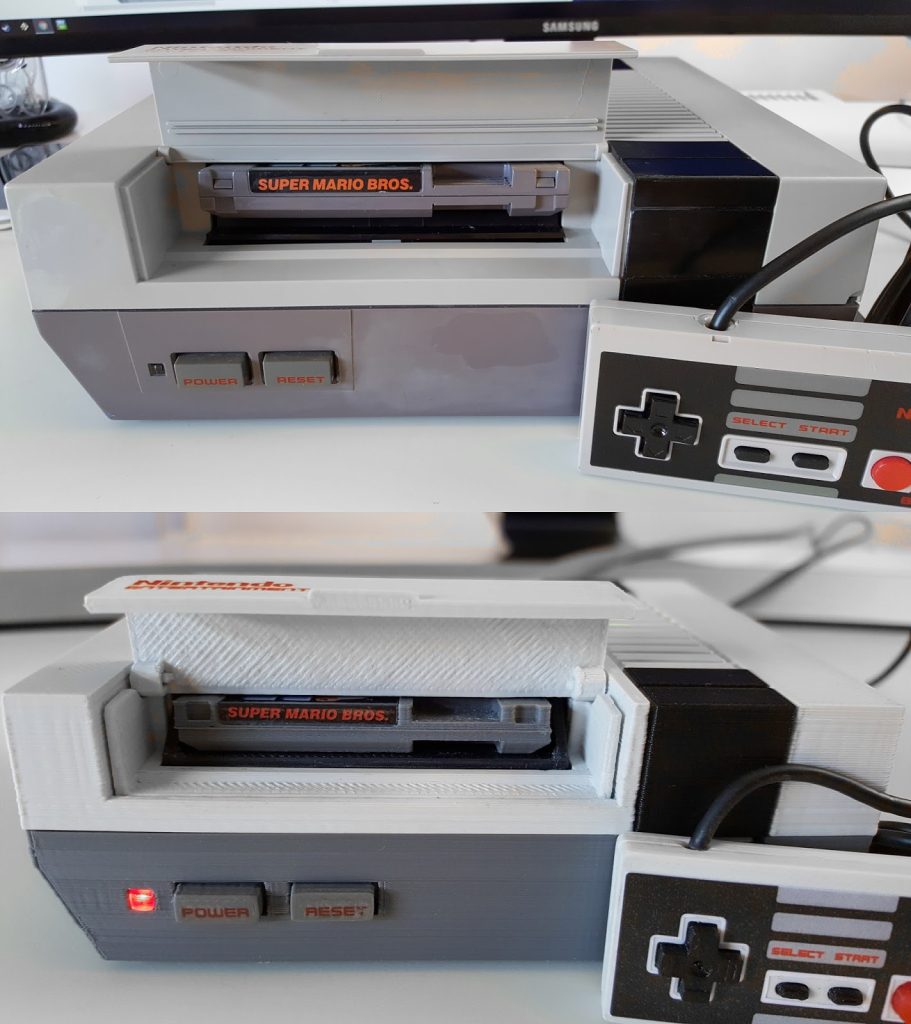