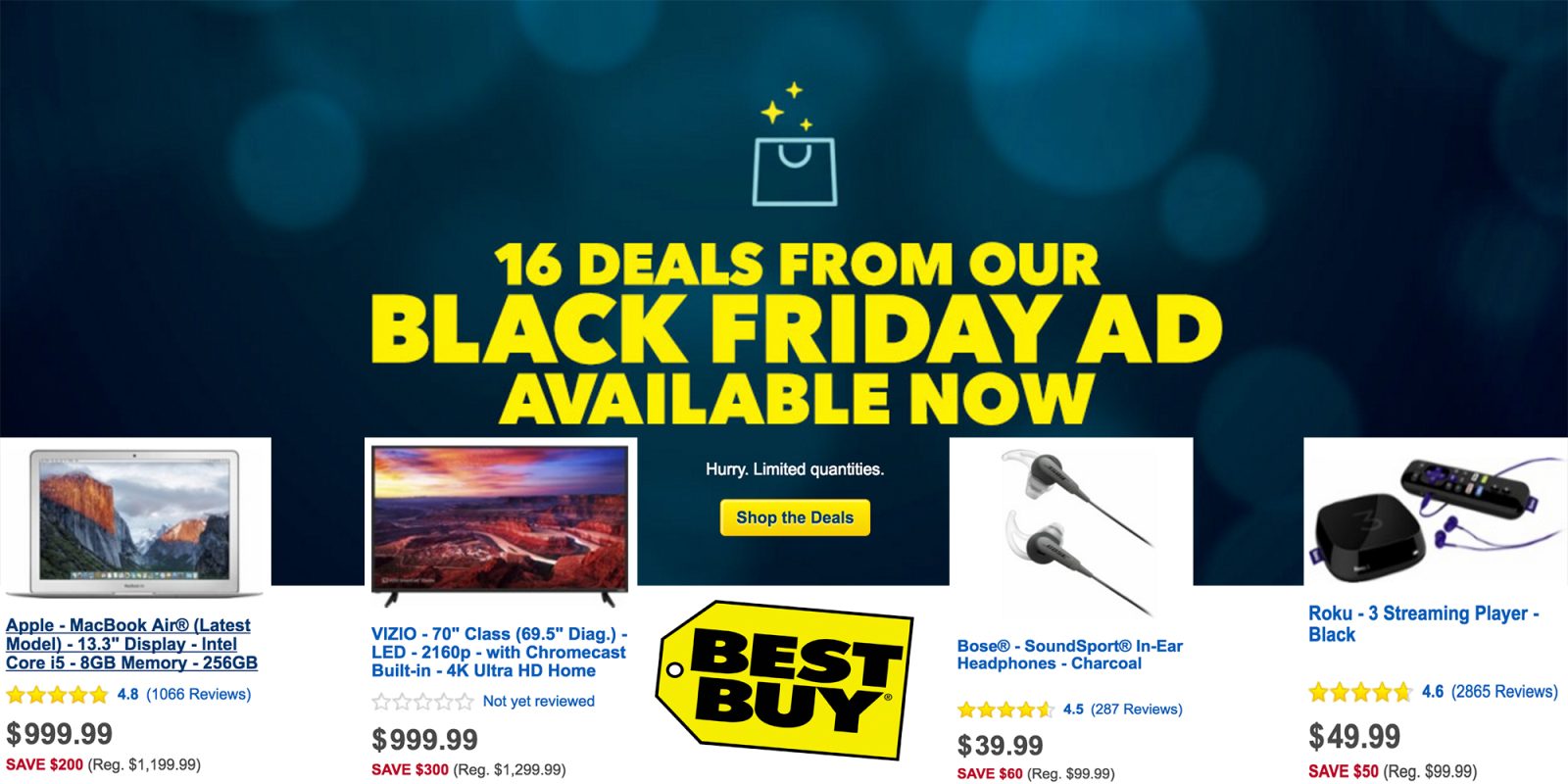 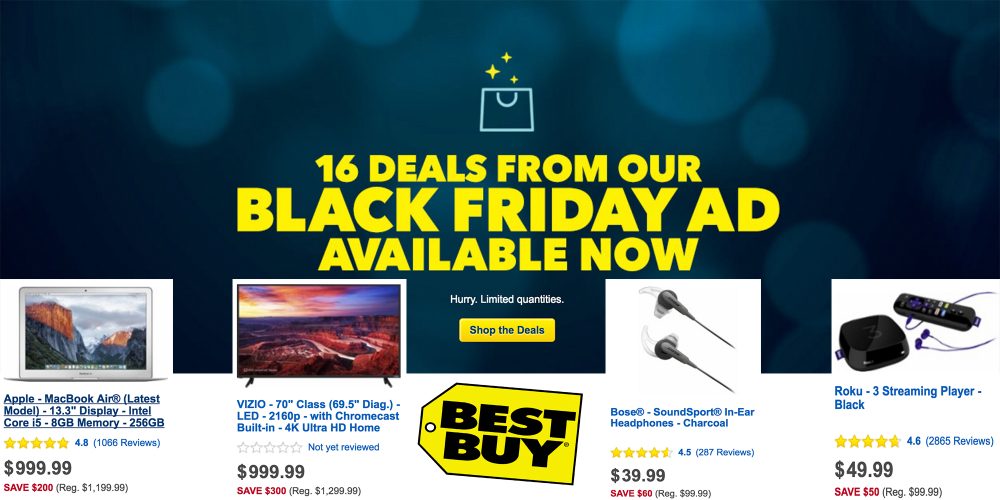 Earlier this morning, we shared Best Buy’s Black Friday 2016 Ad with you. It joined a long list of retailers that have revealed their holiday plans. Today, Best Buy is also offering 16 of its Black Friday deals ahead of time. You can cash in on significant savings ahead of time on TVs, streaming media players and much more. Free shipping is available on the entire lot.

This promotion is set to run through November 12th. Although we expect these sale prices to return on Black Friday, we’d recommend grabbing it now if you’re interested. Here are some our of top picks:

Best Buy is also offering up to $200 off nearly every cellular iPad model in Apple’s lineup. A two-year contract is required but these are some of the best prices that we’ve seen on iPad Pro and more.

Be sure to keep it locked to our Black Friday 2016 guide for all of the latest announcements, price drops and more. Follow us on Twitter and give our Facebook page a like to make sure you never miss out.

The 13.3″ MacBook Air Laptop Computer (Early 2015) from Apple is an ultraportable notebook computer with a thin and lightweight design. Apple’s engineers have leveraged the lessons they learned in designing the miniaturized iPad and applied them to the design of this 2.96-pound computer. To say that the Air is svelte is all at once stating the obvious and understating the truth. The system is defined by its unibody aluminum enclosure. At its thickest point the computer is only 0.68″ — it tapers down to 0.11″ at its thinnest. The system is loaded with 256GB of flash storage rather than an old-fashioned hard drive. Flash storage doesn’t just give you a lighter, thinner computer. It also allows for impressive battery life — up to 12 hours of web browsing and 30 days of standby time.