You can now grab Hitman, Lara Croft and Deus Ex GO Trilogy on iOS for just $2 (up to $6 value) + Android deals 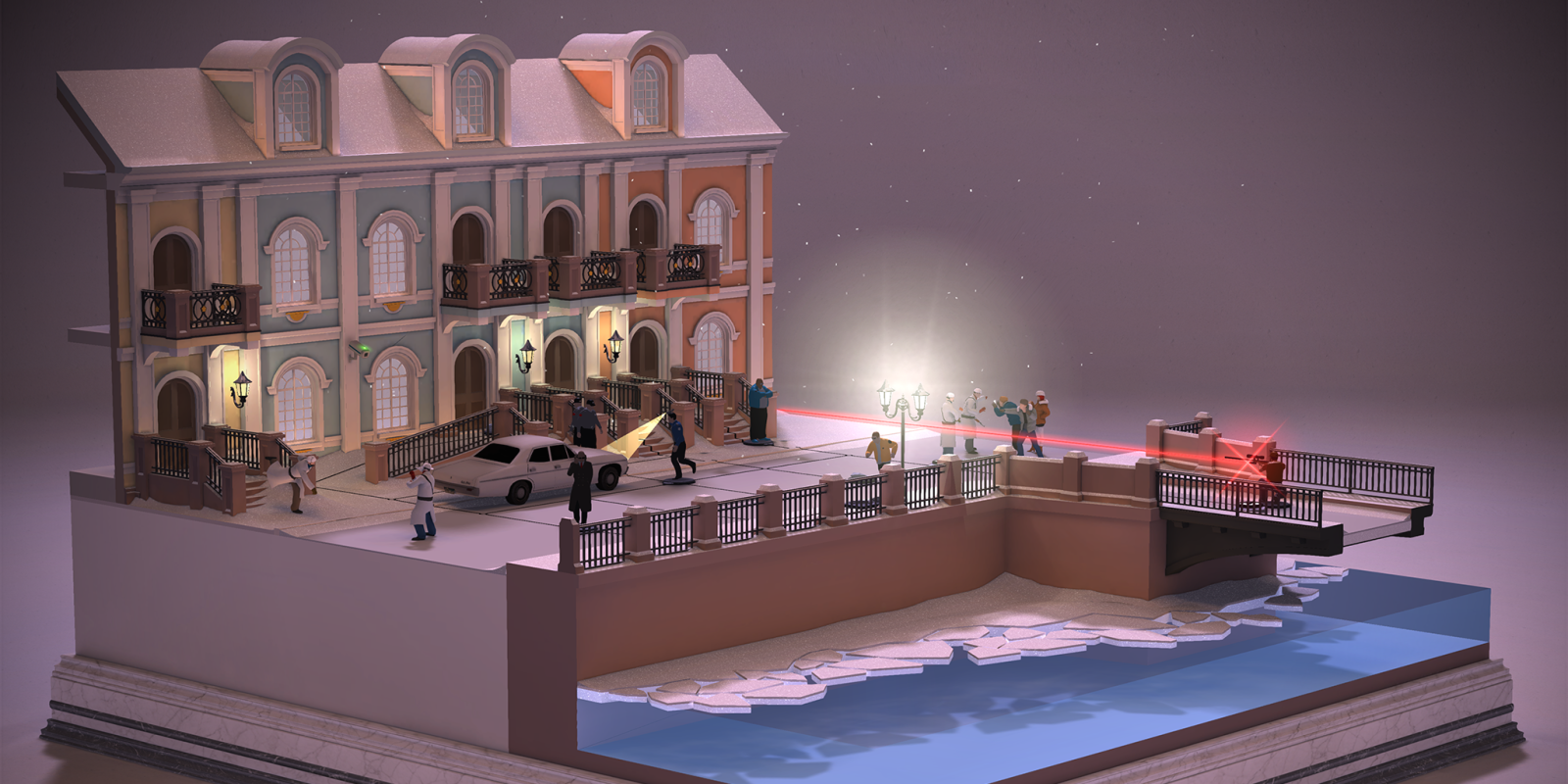 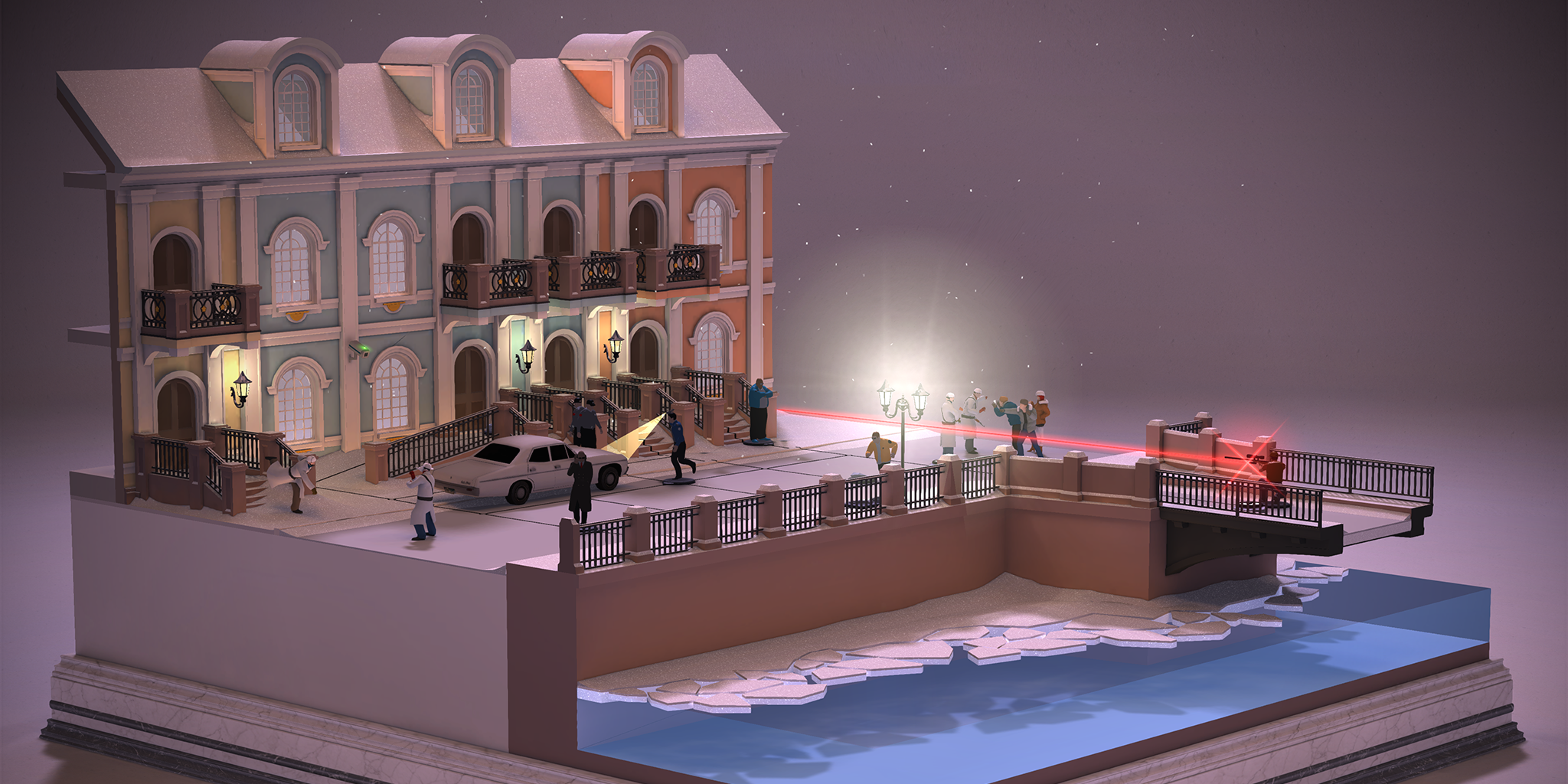 The App Store has completely exploded with deals on just every notable title around. Hitman, Lara Croft and Deus Ex GO have all dropped to $1 each which is matching the lowest individual price we have tracked on all three directly on the App Store. But Square recently announced the brand new GO Trilogy containing all three titles along with Apple TV support. Even better, the price on the new GO Trilogy bundle has dropped from $5 down to just $1.99. That’s one of the best deals we have seen on all three titles (about $0.66 ea).

Android users are also in luck, as all three titles are on sale on Google Play as well.

Discover three of the most unique and awarded games on the App Store, now bundled at a reduced price.

Based on beloved Square Enix franchises, both Hitman GO, Lara Croft GO and Deus Ex GO offer their own unique take on their respective universe, reimagined as turn-based puzzle games.

Hitman GO is an award-winning turn-based puzzle-strategy game with beautifully rendered diorama-style set pieces. You really have to think about each move in order to infiltrate well-guarded locations and all the Hitman tools of the trade you would expect are included: disguises, distractions, sniper rifles and even 47’s iconic Silverballers.

Awarded Apple’s iPhone Game of the Year 2015, Lara Croft GO is a turn based puzzle-adventure set in a long-forgotten world. Explore the ruins of an ancient civilization, discover well-kept secrets and face deadly challenges as you uncover the myth of the Queen of Venom.

– Immerse yourself in the GO universe and its captivating soundtracks 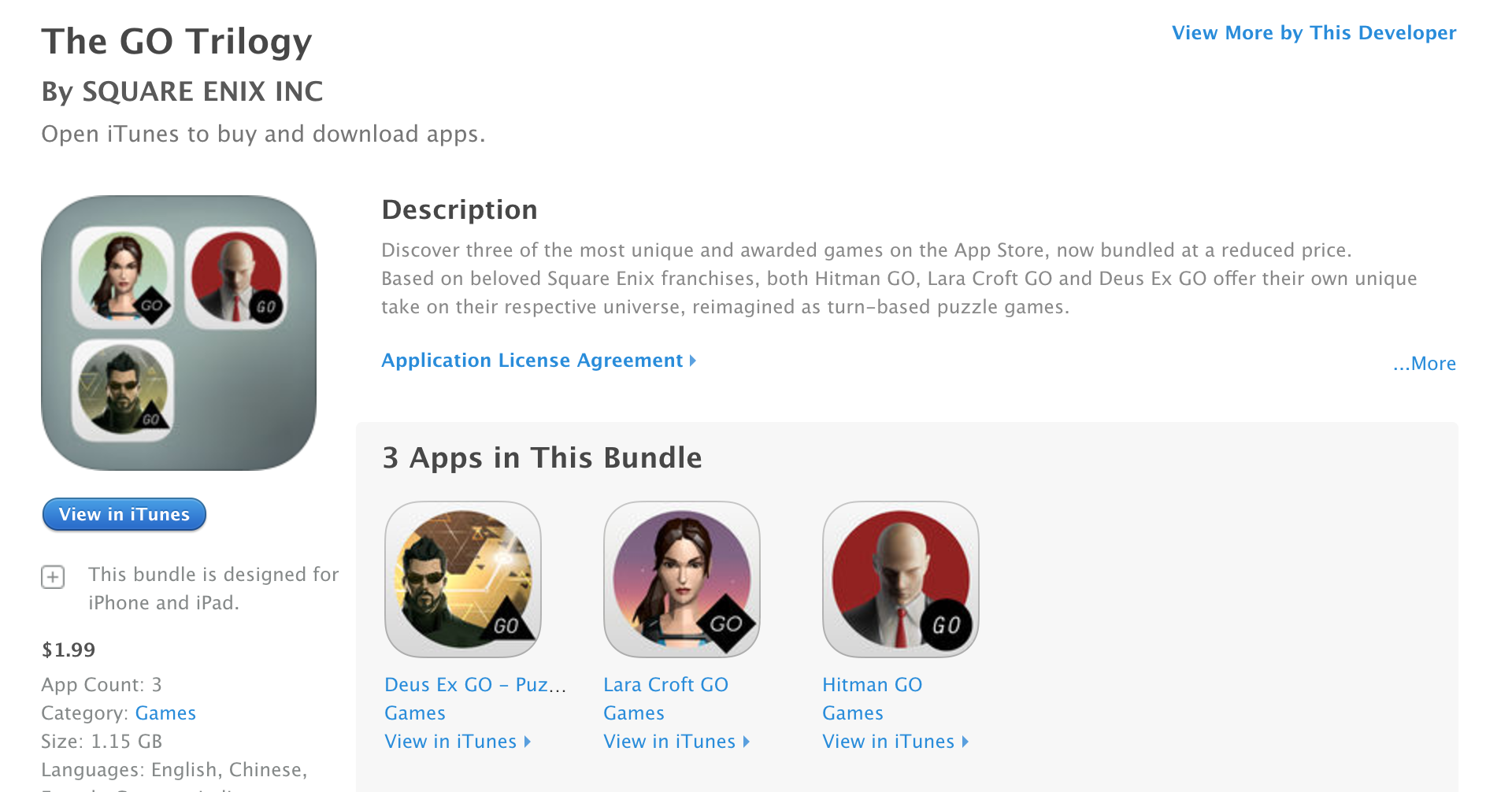