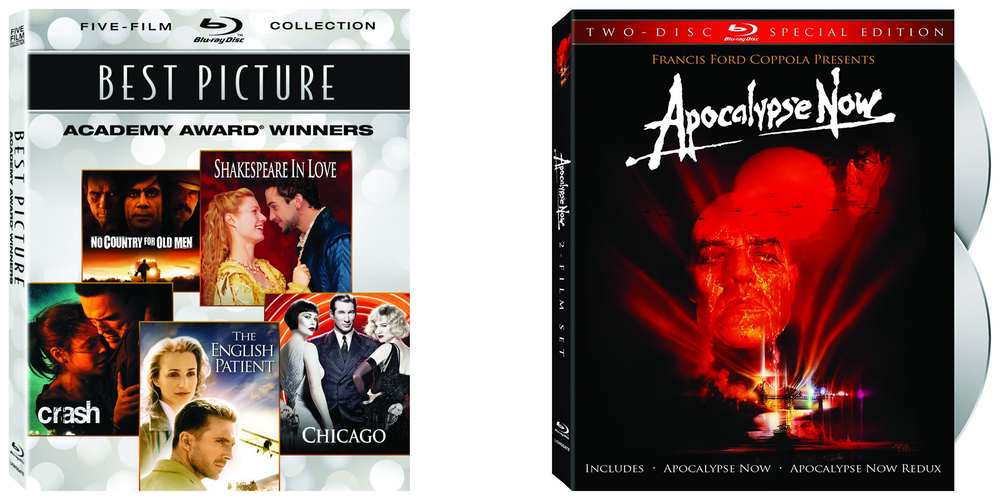 Amazon is offering the Best Picture Academy Award Winners 5-Film Collection on Blu-ray for only $11.99 Prime shipped. That’s a couple dollars off the regular listing and the lowest we can find for it. The collection includes the films: Chicago, Crash, The English Patient, No Country for Old Men, and Shakespeare in Love.

More movie deals to make it not feel like Monday:

THE ENGLISH PATIENT: Winner of 9 Academy Awards® including Best Picture, Best Director (Anthony Minghella) and Best Supporting Actress (Juliette Binoche), THE ENGLISH PATIENT is a “fiercely romantic” (THE NEW YORK TIMES) epic where love knows no boundaries. During World War II, a mysterious stranger (Ralph Fiennes) is cared for by British allies unaware of his dangerous past. Yet, as the mystery of his identity is revealed, an incredible tale of passion, intrigue and adventure unfolds. Also starring Kristin Scott Thomas, Colin Firth and Willem Dafoe, this powerful motion picture is an experience you will never forget. SHAKESPEARE IN LOVE: Love is the only inspiration in this witty, sexy smash starring Oscar winner Gwyneth Paltrow among an all-star Academy Award®-winning cast including Judi Dench, Geoffrey Rush, Colin Firth and Ben Affleck. When Will Shakespeare (Joseph Fiennes) needs passionate inspiration to break a bad case of writer’s block, a secret romance with the beautiful Lady Viola (Paltrow) starts the words flowing like never before! There are just two things he’ll have to learn about his new love: not only is she promised to marry someone else, she’s successfully impersonating a man in order to play the lead in Will’s latest production! Triumphant winner of 7 Academy Awards® including Best Picture, SHAKESPEARE IN LOVE is “a visual treat”