Developer Codemasters is well known for its high-intensity racing games (among other things), and F1 2016 for iOS is no exception. Better yet, we are getting the very first price drop on the App Store today. You can grab the game for just $3.99, down from its usual $10. Jump in to the seat of your favorite Formula One racers across all 21 circuits from the 2016 season. We also get a full season mode, along with quick races and time trials. Rated 4+ stars from over 260 gamers.

You only have a few hours left to grab the latest App Store Free App of the Week and This War of Mine for iOS dropped to its lowest price this year. Here are today’s best iOS/Mac deals.

• F1 2016 is a stunning mobile racing game that puts players into the race seat of their FORMULA ONE™ heroes in a full season, single race and time trial on any of the 21 official circuits from the 2016 season.

• Experience a high quality Universal Purchase app which runs on iPhone, iPad and Apple TV in one single purchase, without In-App Purchases.

THE OFFICIAL GAME OF THE 2016 FIA FORMULA ONE WORLD CHAMPIONSHIP™

• F1 2016 includes the full FORMULA ONE circuit roster of all 21 races from around the globe; including the brand new 2016 FORMULA 1 GRAND PRIX OF EUROPE held in the stunning city of Baku. The 2016 season also sees the return of the iconic Hockenheimring, with the GERMAN GRAND PRIX back after a year absence for the FORMULA 1 GROSSER PREIS VON DEUTSCHLAND 2016. 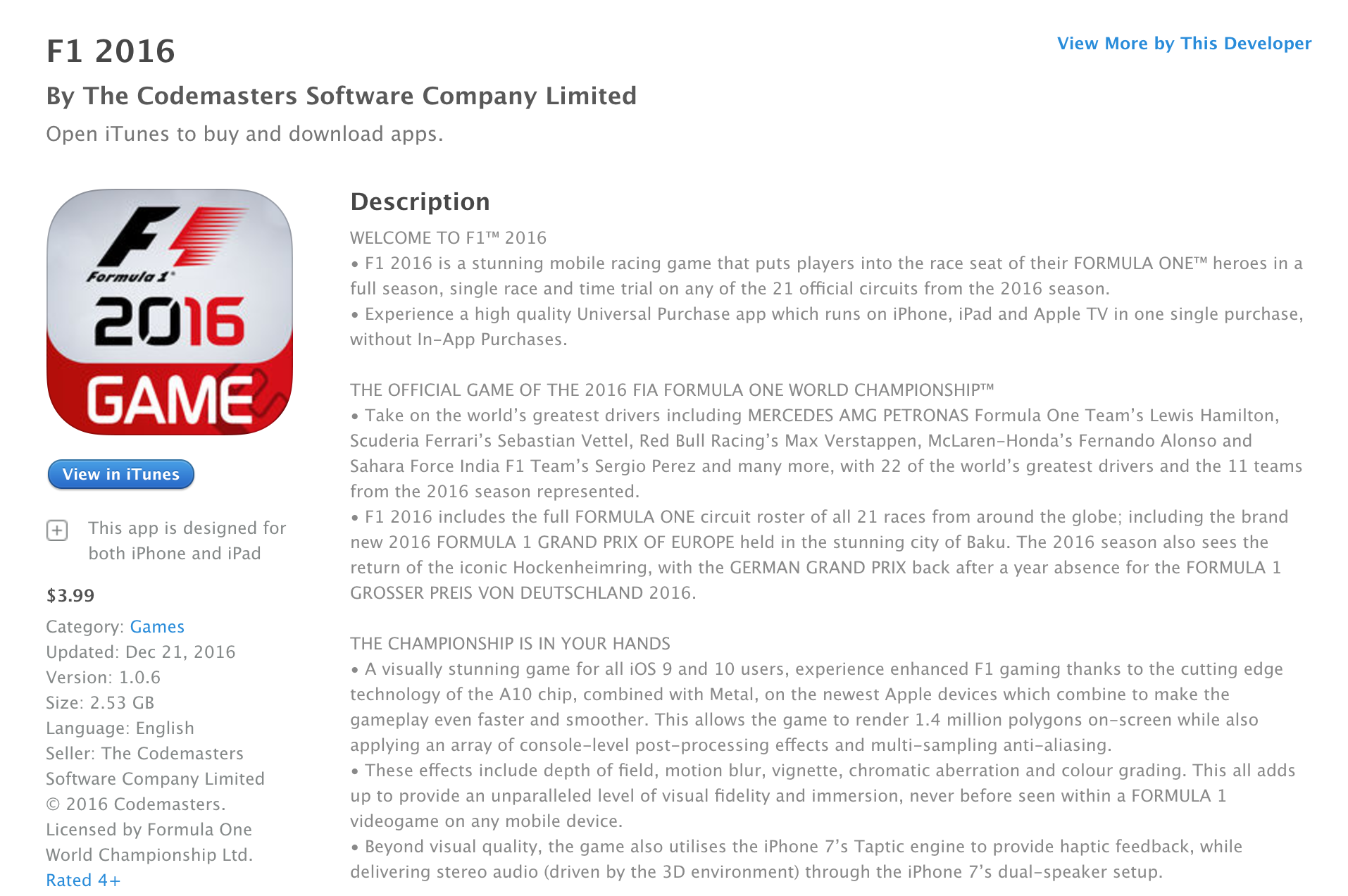