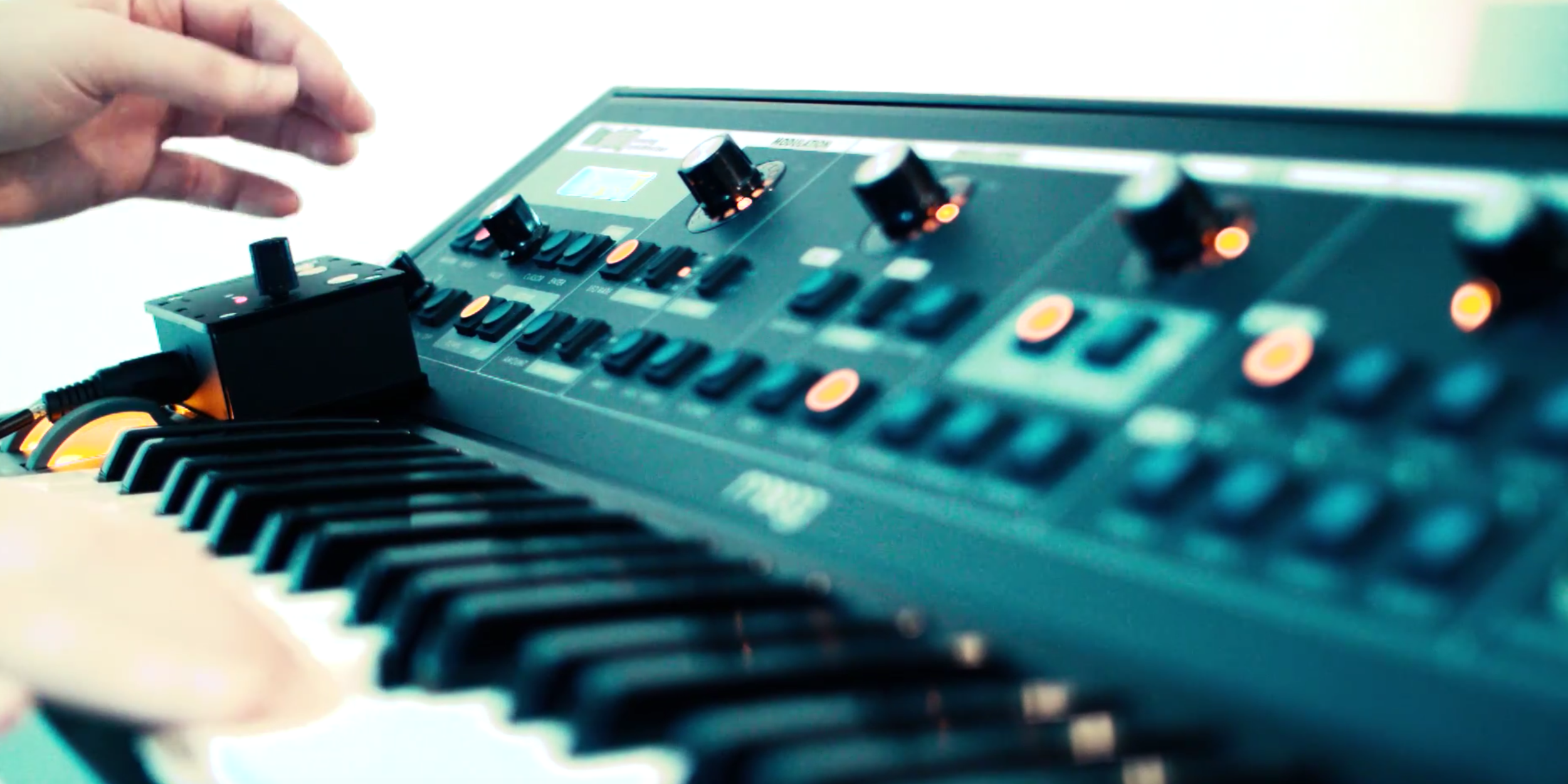 Gibbon Digital, a brand developed by premium, high-end studio furniture maker Buso Audio, is looking to crowd-fund its latest MIDI gadget. The Goliath is a standard MIDI controller, but don’t be fooled by its basic description, it is a much more powerful little device than it sounds.

Just about all of the parameters we adjust in popular music creation software – like Logic Pro X, Pro Tools and Garageband – are controlled by MIDI data. In fact, most modern hardware synthesizers, controllers and more use this standard of data as well. As professionals are aware, managing all of these parameters can be an art form with layers upon layers of signal routing and corresponding modulation. It can be as complicated a process as it can be rewarding.

The Goliath looks to both simply this process and even offer up loads of new creative possibilities, for beginners and seasoned vets. The small top-mounted pot has the ability to control up to 16 separate parameters all at once. Using a simple MIDI Learn function (demonstrated in the videos below), users can manually assign a series of parameters to Goliath by simply engaging Learn mode and wiggling the desired parameter controls. As mentioned above, this works on both software (instruments, DAWs, etc.) and MIDI-compatible hardware like on the Moog Sub37 or SubPhatty.

This can make complex patch changes a breeze during live performances and simplifies the inherent complexities of modulation routing beginners sometimes experience. It might also be a great learning tool for understanding the basics of sound design, as it mimics some of the techniques used to do so, albeit in a much more intuitive manner.

The battery-powered device has few other tricks up its sleeve as well including some basic MIDI data and randomization generators, which can be handy for experimental passes/projects. It might have been interesting to offer users more than just one knob, or rather the ability to save a set of assignments (up to 16) and allow them to be recalled for use later. This could be great for lengthy studio sessions or during live gigs. But that also sounds like something that could be added via some kind of firmware update.

While Gibbon is still to reach its Kickstarter campaign goal, the very early backer reward models have already sold out. If you jump in quick, you can grab one for £69 ($88 or so). The campaign says the first 100 units will be shipping in May of 2017.

And remember, for all things iOS/Mac music production keep an eye on our Logic Pros series.