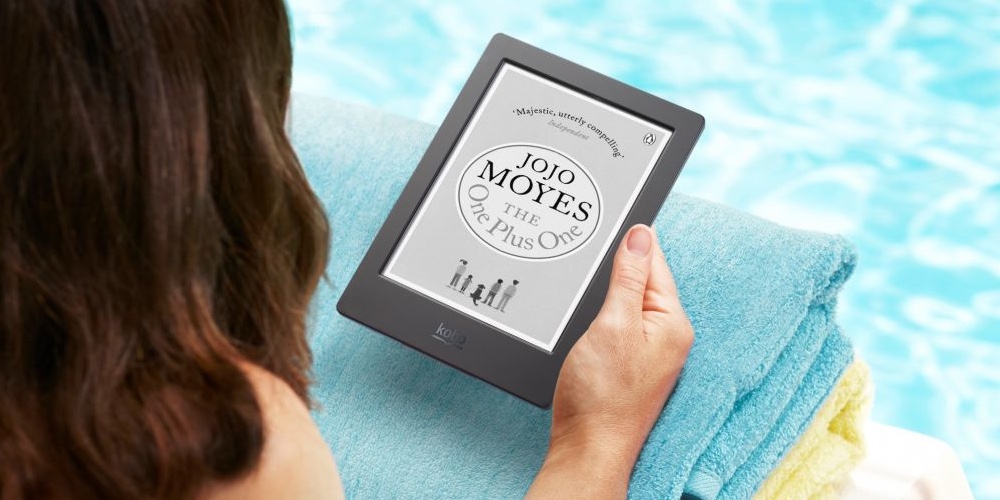 Kobo is a Canadian company that created the Aura One e-reader back in 2014. It was for anyone who liked to read in the bath, at the beach or poolside. Some of its drawbacks were the big 7.8-inch screen that didn’t make it very portable and it was pretty pricey at $229. Now a few years later, the just-introduced Aura H2O is still just as waterproof as the One, and shares the same intelligent lighting that reduces blue light at night. However, it differs in that its smaller 6.8-inch touchscreen is much easier to hold and the entire thing is priced much lower at $180.

The Kobo Aura H2O Edition 2 is IPX8 rated, which means it’s waterproof down to two meters for up to an hour. So, if you drop it in the pool for instance, you’re likely to be able to carry on reading after getting it out. Also, it’s dust proof, which along with an anti-glare screen should make it a “perfect beach companion.”

The Kobo Aura H2O supports a ton of different file formats and supported languages include English, German, French, Spanish, Dutch, Japanese, Italian, Portuguese and more. Other notable upgrades include the internal storage, which has been bumped up to 8GB from the last-generation model’s 4GB. That’s enough to hold 6,000 eBooks or 36,000 if you add an additional 32GB of memory with its microSD expansion slot.

What’s great about Kobo is that you can start reading on an Aura H2O and pick up on a smartphone, tablet, or desktop with the free Kobo App. Kobo says “you’ll never be without your current read no matter what device you read on.” Also, the app syncs bookmarks so you can easily switch between devices without ever losing your spot.

The Kobo eBookstore gives you access to over 5 million titles, which is a lot but still doesn’t stand up to Amazon’s Kindle library. Basically the Aura is around to put pressure on Amazon to stay competitive and build a waterproof eReader too someday. The Aura H2O will launch in North America, the UK and several other markets on May 22.